The top individual sale for Amelia Island auctions this year was impressive not only for its eight-figure million hammer price, but also for the fact that it is a car few people have even heard of.

This extraordinary example of one of the all-time great French automobiles has a rich history. French Clémente cars were assembled in Britain in association with the Earl of Shrewsbury and Talbot where they were known simply as Talbots. Later production began as Talbot in France, achieving some success in racing and building sporting cars.

Tony Lago, an Italian engineer with a long automotive resume, gained control of the French Talbot firm in 1934. Under his guidance, a new generation of engines powered a revised series of models with excellent performance now known as Talbot-Lago.

Concours d’Elegance eminence was aided by Tony Lago’s friendship with a fellow Italian, Joseph Figoni, destined to be France’s most famous and creative coachbuilder.

This Figoni & Falaschi-bodied Talbot-Lago T150 CSS unites style, design, performance, eye-appeal, history and rarity. These are the things that make automobiles great, and valuable. This is especially true of top-tier prewar greats, and even though Talbot-Lago is far from a household name, its cars are in high demand among collectors relative to their production numbers and name recognition.

The Talbot-Lago’s marvelous, race-proven base was ideal for Joseph Figoni’s most dramatic coachwork innovation, the Teardrop or Goutte d’Eau coupe that will always stop traffic cold with its design.

Abundant ellipsoidal fenders flank a long, low hood and flow down and back alongside a small streamlined passenger compartment without running boards to rear fenders with complementary curves. Figoni eliminated almost all exterior embellishments, even recessing the headlights behind grilles in the front fender catwalks. A subtle chrome base that sweeps up at the very rear of the back fender accents the lower body, matching a chrome spline at the center of the rear deck. Every feature complemented the svelte, aerodynamic shape.

Figoni made two basic versions, notchback and fastback like this one, known as the Modèle New York. Each example is different, and only two were built with this car’s fully enclosed front fenders, where even the front and rear fender skirts are rendered in the subtle teardrop shape.

This car made its first public appearance at the Concours d’Elegance Fémina in Paris in 1938, taking home the Prix d’Excellence. The next year it was sold to Los Angeles businessman Tommy Lee, one of three Goutte d’Eau Talbot-Lagos he owned. Lee took it to the Southern California dry lakes, recording a 117 mph top speed. Among dry lakes hot rodders it must have been like a transport from Area 51.

After Lee’s death it was acquired by John Duckworth and road tested for Road & Track magazine’s March 1952 issue. Eventually acquired by Lindley Locke, it was tucked away for decades until it was discovered by Richard Adatto. Eventually donated to the Nethercutt Collection, it was restored in 2005 in its original colors, taking first in class at Pebble Beach that year.

It is the sole surviving example that has been preserved with its original body panels, as it left Figoni & Falaschi eighty-five years ago.

An automobile of impeccable provenance, with competition-derived suspension, engine and gearbox, concours-quality restoration and fantastic, singular coachwork that looks stunning from any angle, it deserved to be Amelia’s top lot by a factor of three.

More would not have been out of line. 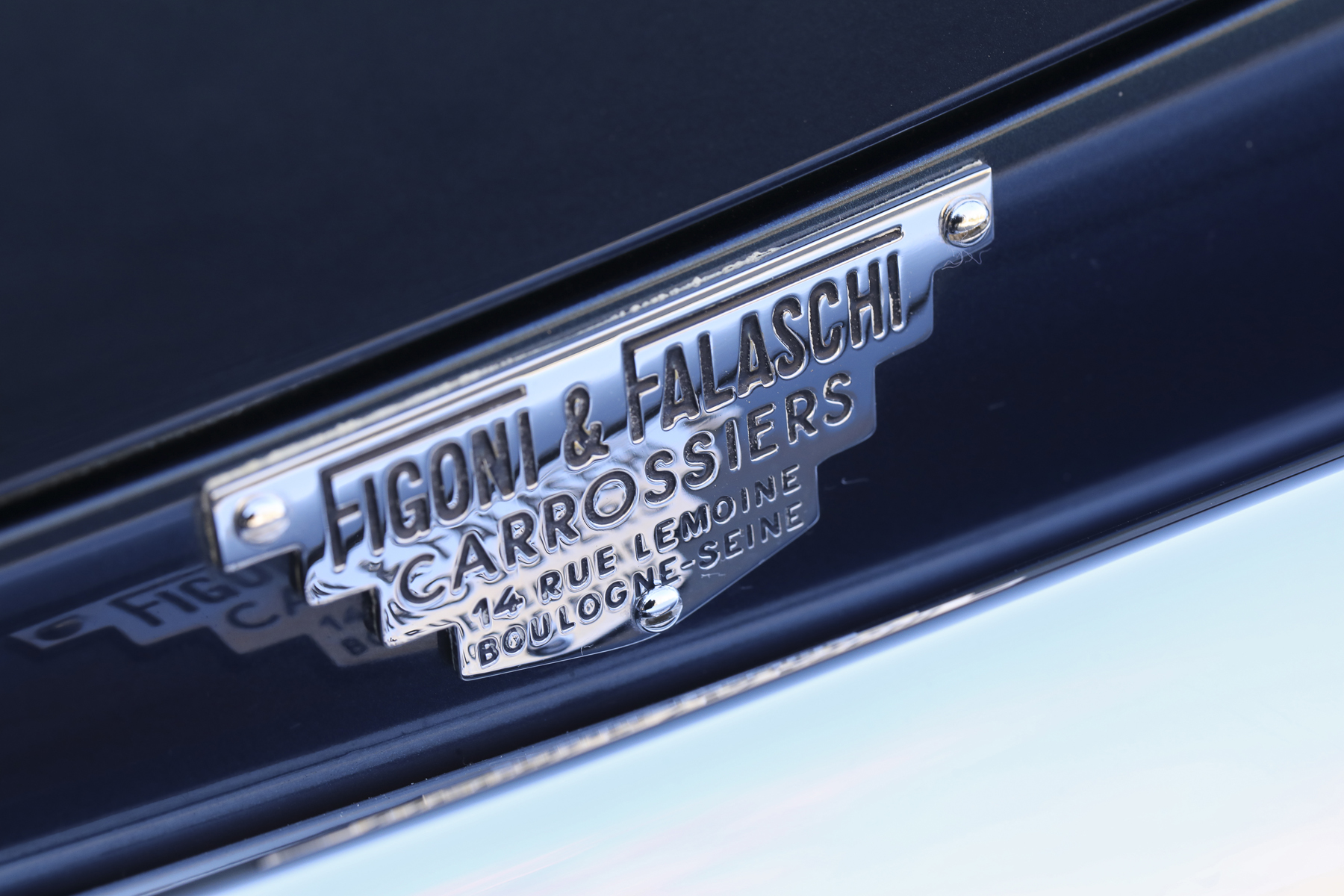 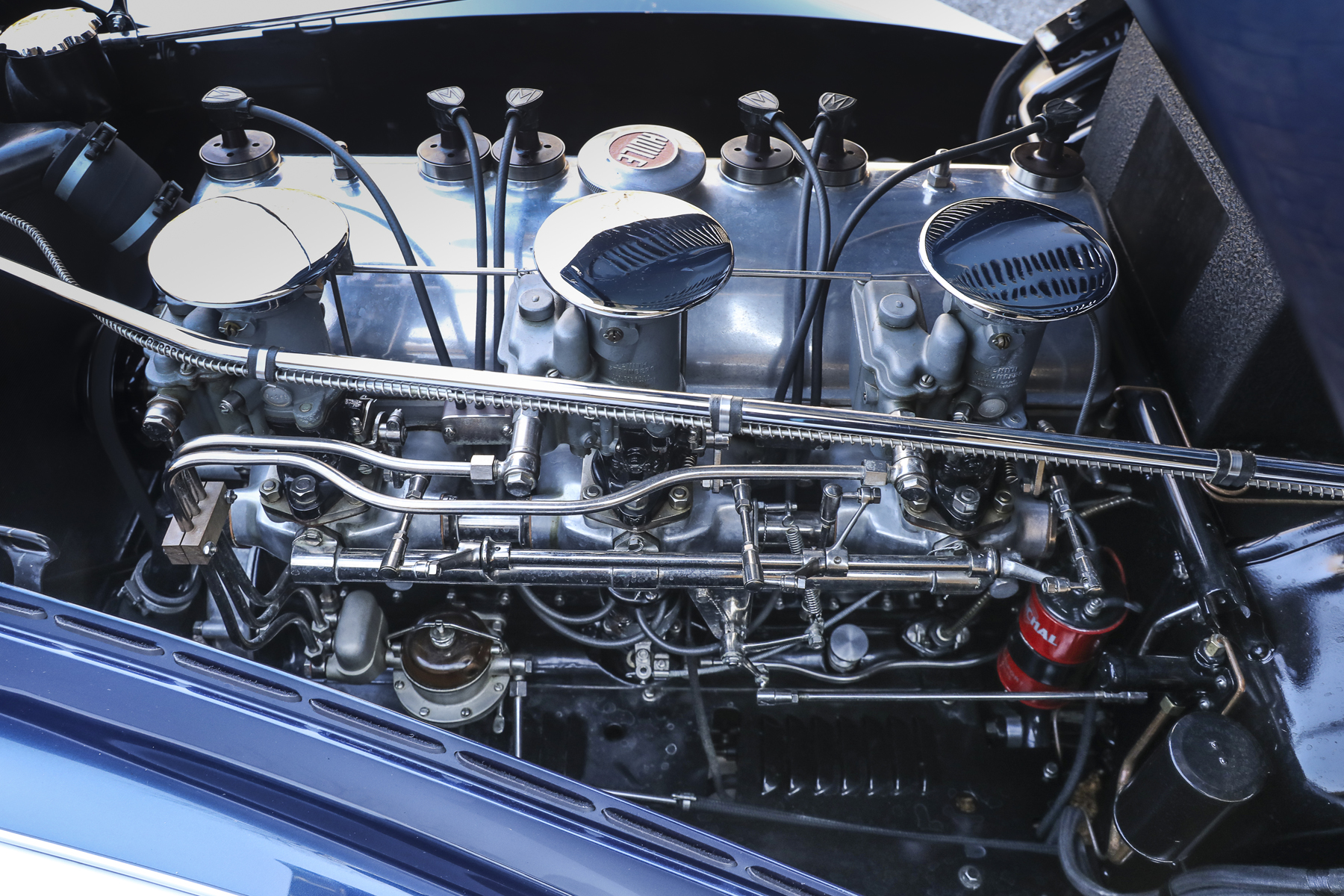 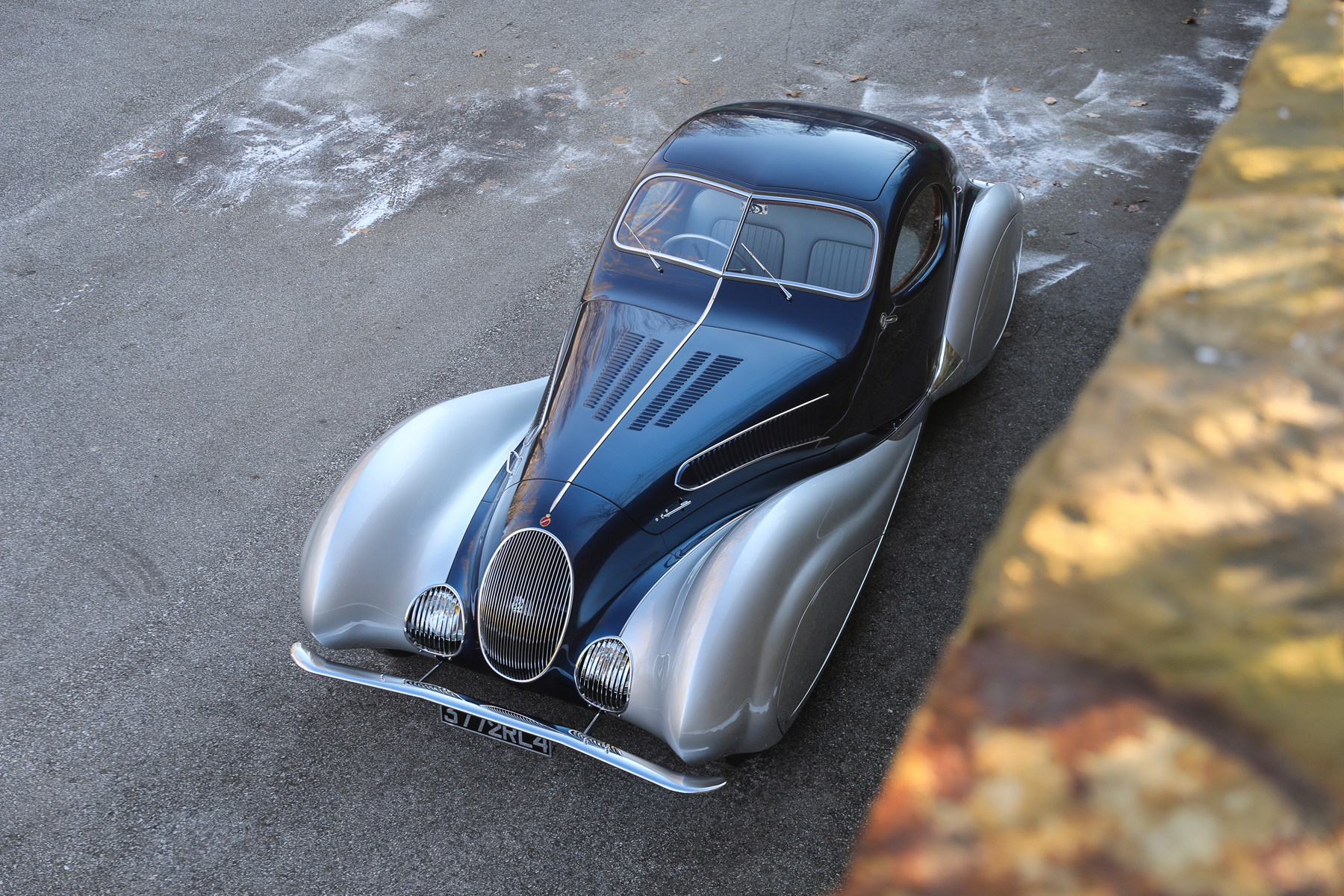 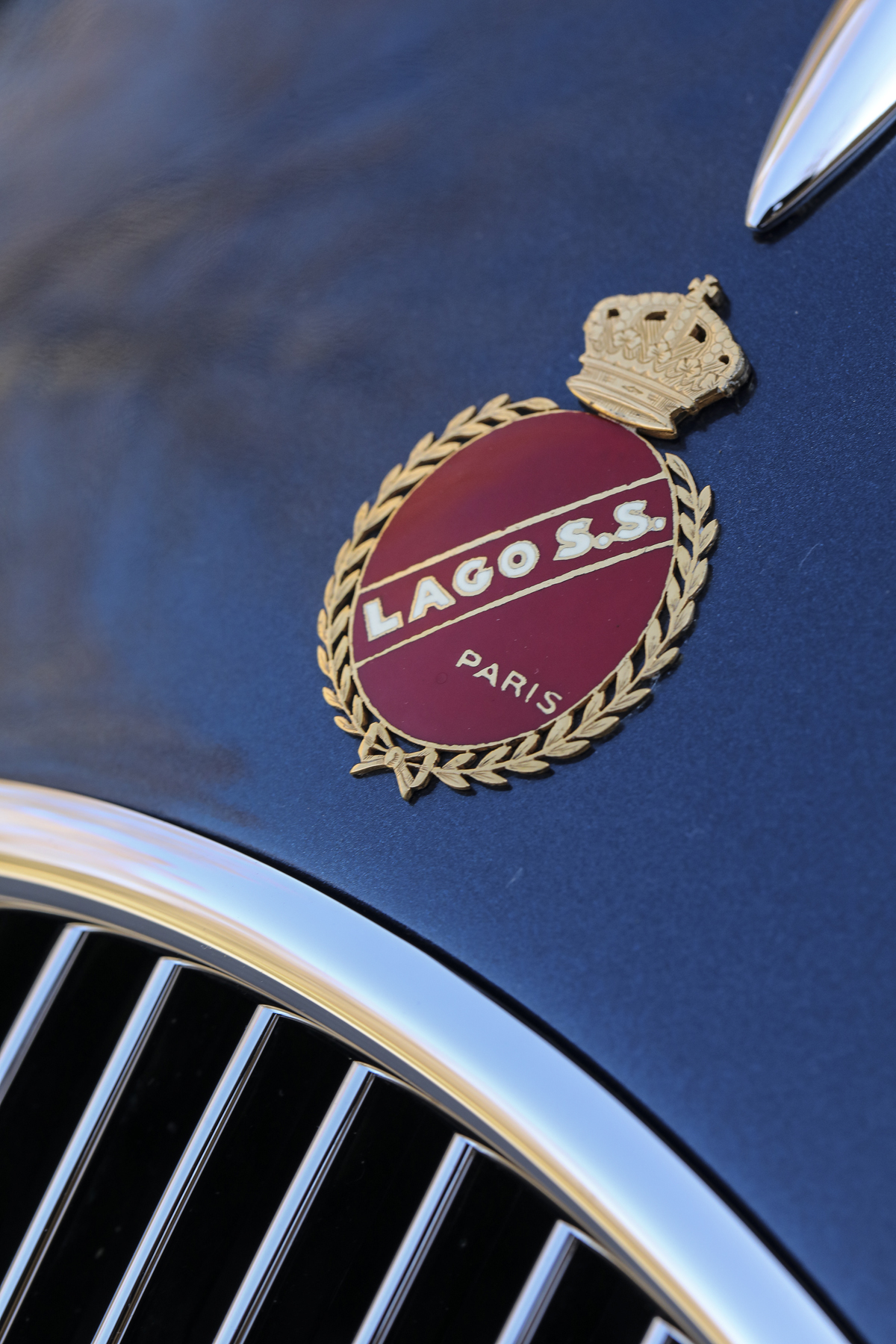 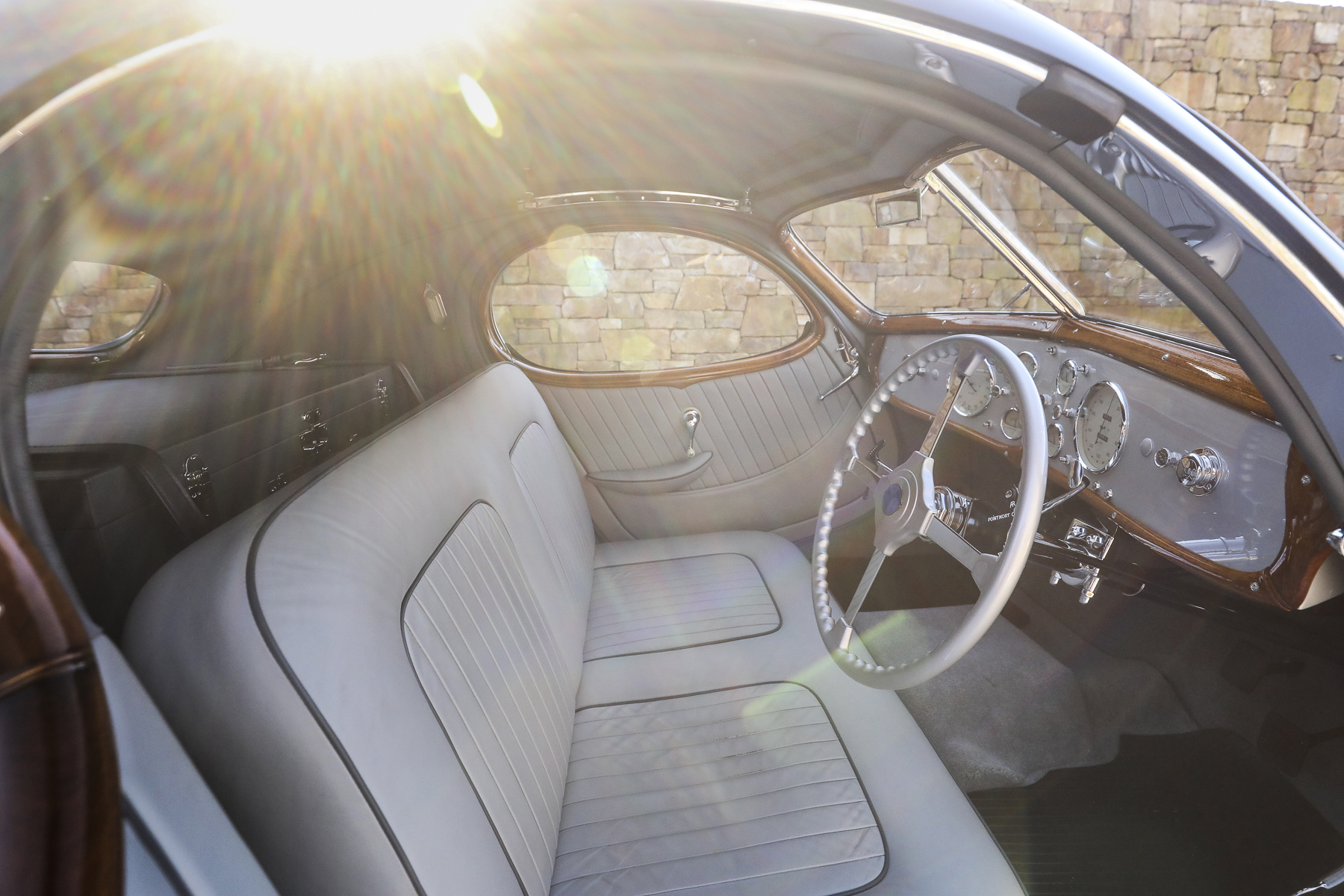