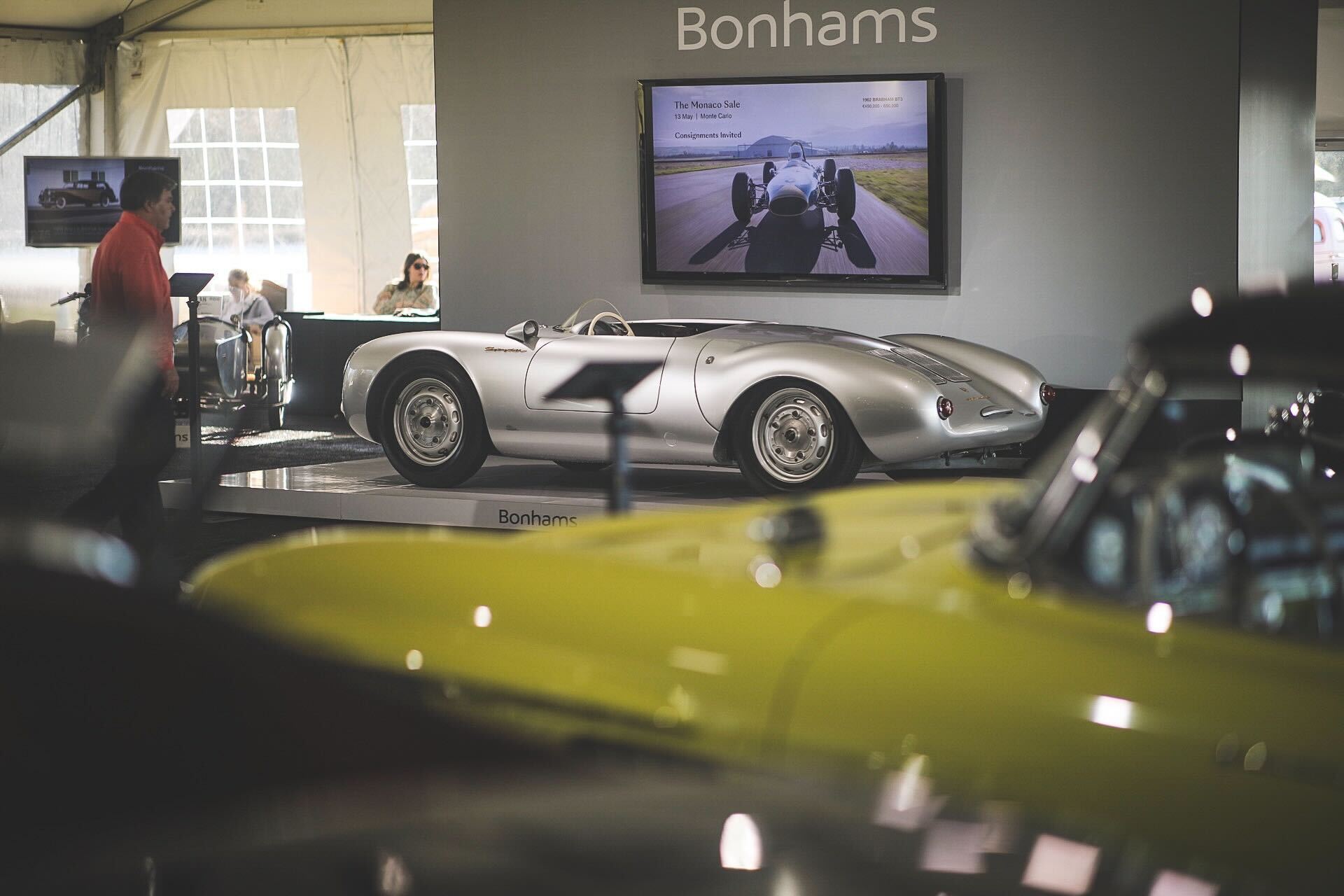 Bonhams has been in the Amelia Island auction mix since 2015, typically holding its sale first and filling the tents at the Fernandina Beach Golf Club with around 100 cars. Many of them are interesting if not particularly exotic prewar and veteran cars, and there are always some temptingly attainable driver-quality classics on offer. This year, there were also several dozen mostly non-running, mostly classic British motorcycles on offer.

Oddly enough, despite all the crazy-spec 911s and Porsche race cars crossing the block elsewhere in Amelia in 2022, Bonhams had the most expensive car from Stuttgart all week (and the second-most expensive car from anywhere) with its $4.185M 550 Spyder. Overall, however, bidding was less exuberant than we saw in Scottsdale, and although it would be easy to blame world events for bidder caution, we suspect that the results had more to do with the quality of the vehicles on offer as well as the more relaxed and conservative buying habits at a catalog-only event like Amelia.

But back to the cars. We look at the 550 Spyder as well as the other most interesting cars from Bonhams Amelia Island 2022 in the pages below.