In the early 1990s, BMW found itself in court with M5 owners for the oddest of reasons. The automaker’s “crime” was not a safety issue or mechanical failure or even a misleading statement about the car’s performance—the first-generation M5 was by all contemporary accounts incredible to drive. Rather, U.S. customers were miffed that BMW had produced too many of them. BMW had initially said it would only sell 500 examples and even printed the number in a promotional brochure. However, the initial allotment sold so well that BMW decided to build another 739 cars for the U.S. market. After all, what was the harm?

M5 owners thought the harm was extra depreciation, and they filed a class-action lawsuit to make up their losses. BMW ended up providing each original owner with a $4,000 voucher (nearly $10,000 today) toward the price of a new BMW.

More than a wrinkle in the history of BMW’s legendary M program, the settlement provides a data point in a rather murky subject: The value of rarity in the classic car market. Although the benefits of limited production seem obvious—we all remember the basics of supply and demand from Economics 101—evidence of a rarity premium in the classic car market is mixed. Yes, certain rare cars are worth a lot. But are they worth a lot because they are rare? We explored this subject last year and found that, from a market-wide perspective, lower production does not necessarily correlate to higher value.

The chart above plots production numbers and Hagerty Price Guide value for some 200 vehicles. If lower production meant higher values, the data points would show a nice diagonal slope from the top left to the bottom right. Instead, it looks like an L shape. Surely, some vehicles are rare and valuable—that’s a Ferrari 250 GTO in the top left—and many high-production vehicles are worth relatively little—the Fox-Body Mustang sits on the lower right corner. But we see plenty of low-production, low-value cars dotting the lower left area of the chart.

That meta-analysis does not, however, account for the difference in value between cars that differ only in rarity. The first 500 E28 M5s were exactly the same as the latter 729 except for the fact that they were supposed to be 1 of 500.

To explore this question we need to detour away from BMWs for a minute and look at—wait for it—special-edition Corvettes.

In 2009, Chevrolet sold a variety of Corvettes. There were coupes and convertibles, but specifically, there was the base model with the 430-hp LS3 V-8, a GT1 Championship Edition (CE) coupe with the same LS3. Production numbers for the 2009 Chevrolet Corvette Coupe are as follows:

Current Hagerty Price Guide values show that the GT1 CE coupe is valued at $51,200, and the base model is at $44,200. So, the rare GT1 Championship Edition coupe is 15.8 percent more valuable than the regular-production coupe. That does not, however, take into account the difference in the original price, which was nearly $16,000—or more than 30 percent. In other words, for original owners the rarity premium, at least so far, has actually been a rarity tax. The GT1 is also 26 percent less valuable than the much more common 2009 Z06, which currently carries a condition #1 value of $69,600. So, if you have to pick between low production and a high-revving 7.0-liter V-8, definitely go with the latter.

Perhaps it's just a Corvette thing. Let's look at another automaker—German, this time. Porsche has in recent years become the undisputed champion of bottom-line padding special-edition cars. A few have cosmetic enhancements only, but those aren’t in the Hagerty Price Guide. Instead, we’ll look at limited editions such as the 2004 Porsche Boxster S 550 Spyder 50th Anniversary Edition (+6 hp and 1953 produced) and the 2004 Porsche 911 40th Anniversary Edition (+25 hp and 1963 produced). Not exactly apples-to-apples, in other words, but close. Based on Hagerty Price Guide values as of January 2022, those two vehicles are worth 29 percent and 39 percent more, respectively, than their closest equivalent. Again, the premium becomes less impressive if you take into account original price hikes, which were 11 percent for the 50th Anniversary Boxster and about 10 percent for the 40th Anniversary 911. (Remember: the accounting will be imperfect here because both special editions included bits of optional equipment in addition to the power increases.)

Going by these figures, it would seem, in retrospect, that BMW was generous. Starting with the current E28 M5 condition 3 value of $55,000 and adding $10,000 (the value of the voucher in 2022 dollars), we get a premium of 18 percent, and unlike the above examples, BMW did not charge a higher MSRP for the first 500 cars.

What were BMW lawyers thinking? To understand the logic of the payout, you need wipe three decades of BMW M hagiography from your brains. In the late eighties and early nineties, the M brand was new and relatively unknown, and BMW as a whole was something of an upstart in the United States, well-liked by coastal "yuppies" but still handily outsold by the likes of Oldsmobile. All of which explains why BMW was cautious in its original allotment of M5s to the United States—it genuinely was unsure they would sell well.

In fact, the caution was warranted. The additional 739 cars languished on dealer lots, and many wound up being used as company cars before finding their way to the market as discount-rate second-hand cars. Owners of the first 500 M5s thus saw an immediate and unexpected dip in the value of their vehicles. And, since this was the late 1980s and the notion of any car being collectible was remote (save for prewar antiques, Ferraris, and a few muscle cars), the owners were hardly willing to hold out and see if values recovered.

The key takeaway then, is that limited-build cars can indeed be very profitable—for automakers. Everyone from BMW and Porsche to Ferrari and Chevrolet has learned that for certain vehicles, less can mean more for the bottom line. So long that is, as they don't go back on their word. You can be sure BMW did not build more than the promised 35 U.S. examples of the 2020 35th anniversary edition of the M5. 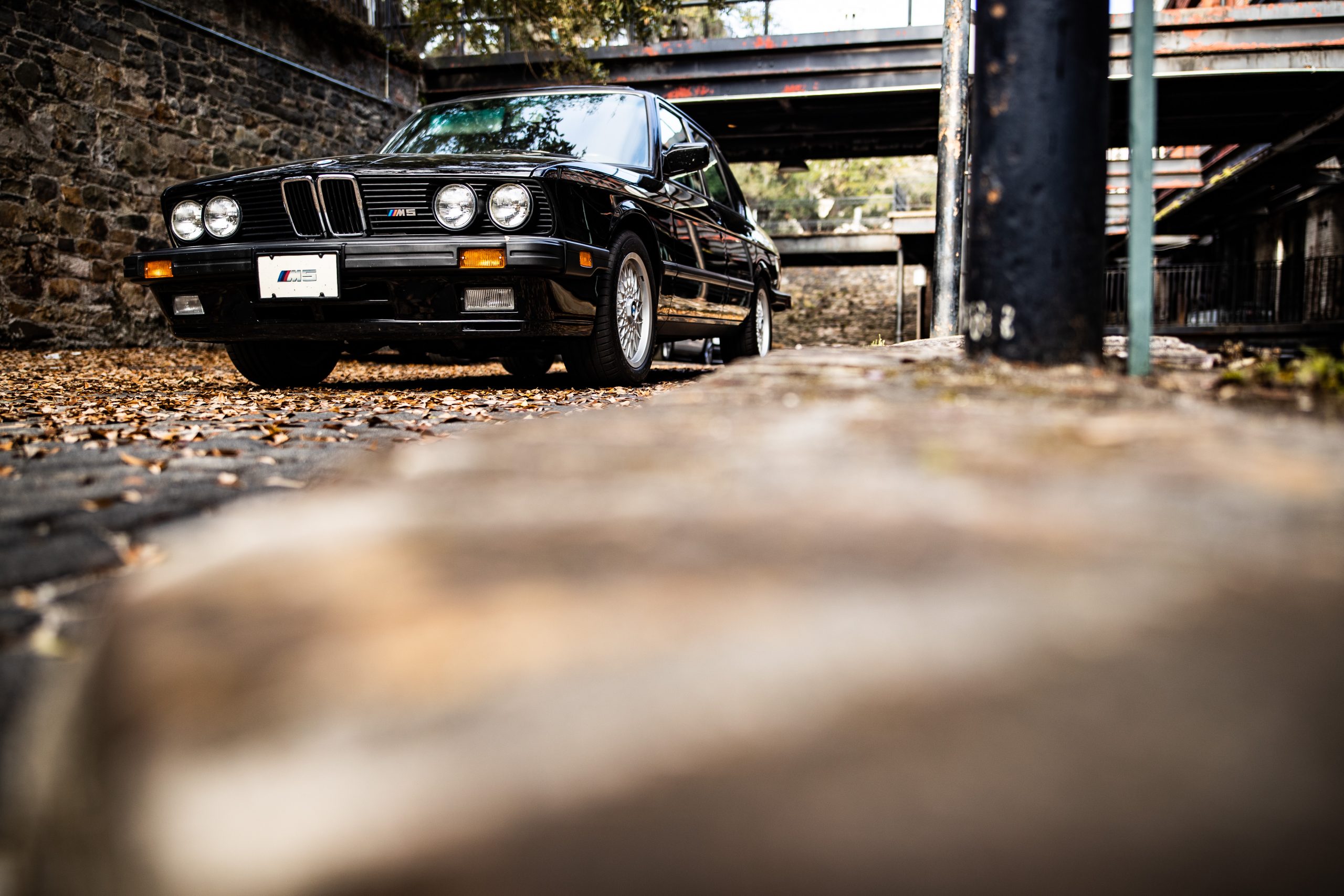