We often talk about the collector car market, but in many respects, there is no such thing. Rather, we have a constellation of markets, each containing its own ever-changing trends and tastes.

There’s perhaps no better example of this than the Porsche 911. To a casual observer, this long-lived sports car is the epitome of stability and uniformity—it has looked and sounded the same for nearly sixty years, and has always been desirable. Yet below that placid surface, the 911 market is constantly churning. Even those of us who can keep track of the myriad chassis codes and special editions might wonder how to gauge their values, especially in the wake of the massive price spike we saw in the past decade.

To make sense of this market within the market, we queried our own John Wiley, senior analyst for Hagerty’s Automotive Intelligence group, and Rob Sass, editor-in-chief of Porsche Panorama, the official publication of the Porsche Club of America.

Insider: We all know the 911 market is incredibly complex. How do you wrap you arms around it?

Rob Sass: The best way to slice and dice is by generation, then further subdivide it into body-style and Turbo vs. non-turbo. You can get even more granular and look at more esoteric lower-production models like RS, and GT cars, but that’s starting to really go down the rabbit hole. Here’s how the generations go:

John Wiley: An easy way to get a sense of which car is in your budget is by looking at Hagerty Price Guide values. No surprise, the air-cooled cars tend to be the most expensive. However, data from the insurance side of our business—people calling us for quotes and telling us how much they think their car is worth—tells us that some of the latest-generation cars are extremely valuable. (Remember, though, that those calling Hagerty about a newer 911—rather than getting a “regular” insurance policy—likely own special variants.

RS: The blue chip, old-money cars are clearly the long hood cars. There’s not a whole lot of movement going on, but they’ve stabilized at a pretty high level. These cars had a massive run-up in values from 2011 through 2015, lost a bit of ground from 2017 through around 2019 but since then have gained a little of that back. In any event, the new “floor” was nowhere near the pre-2011 pricing. Good luck finding a nice long hood for much less than $75,000.

JW: There’s a clear generational schism in the 911 market. Those old-money cars tend to be owned by older people, with Baby Boomers and Pre-Boomers calling Hagerty for insurance quotes on more of the air-cooled, long hood cars. Gen-Xers make their presence felt in the newer, water-cooled cars—namely 997 and 991—but also show plenty of interest in the air-cooled 911 of their youth, the 993. And millennials? They want whatever they can afford, which mostly means the ’70s models—impact-bumper and SC—and the water-cooled 996.

Insider: So, you’re telling us the ship has sailed on early 911s?

RS: Well, there’s still the 911T. From 1969 to 1973, the T represented the lowest rung on the 911 ladder, with the least amount of horsepower, and generally had the least amount of optional equipment. The exception to this rule is probably the 1973½ 911T, which got the Bosch CIS fuel-injection system (the same K-Jetronic setup that would last through 1983). It was less fussy than the mechanical injection system (Bosch MFI) that it replaced, and the cars have a nice reputation for being smooth, tractable and really nice to drive, CIS T values can sometimes approach those of the more powerful 911E.

Insider: What if we zoom out to all the air-cooled cars. Any bargains there?

In a word, no. The loss-leaders used to be the mid-year cars. The evil reputations of their notoriously short-lived 2.7-liter engines kept prices down. But at this point, most of those engines have been rebuilt or replaced, and people have taken a shine to these cars for their bright trim and bold colors. They’re not cheap anymore. Because of its huge production numbers and conspicuous durability (300,000 miles between rebuilds isn’t uncommon with good care), the 911 SC could be found at bargain basement prices until 2015 or so—I bought my last one just before the 2011 Pebble Beach Car Week for a paltry $12,800, and it was a very good (if high mileage) example, with zero needs. That car has almost tripled in value in a decade. And although SC appreciation has leveled off for the moment, pandemic prices have been fairly high.

If there is anything undervalued at the moment, it’s probably the cabriolet versions of the SC, 3.2 Carrera, 964 and 993. Porsche people are coupe people—they love to squint and see the competition versions of their cars, and since there were no RS, RSR or 935 cabs, the open 911s are seen as less serious sports cars. Nevertheless, the delta between coupe and cab at the moment just seems too wide. For the record, Targas—which had traditionally been lumped in with cabs—seem to be gaining a bit more acceptance these days.

Insider: Are any prices for any particular model shifting at the moment?

While air-cooled cars have stabilized for the moment, (G50 gearbox 3.2 Carreras built from 1987-89 might be the exception), some water-cooled cars are having their day. The first of them, the 996 had been rather unloved for a long time. The fact that it in its original 996.1 form, it shared headlights (and lots of interior trim) with the entry-level 986 Boxster, was a negative in some eyes. A troublesome intermediate shaft (IMS) bearing that could lead to catastrophic engine failure also sullied the car’s reputation. As is often the case in the Porsche world, the aftermarket has come up with numerous solutions to the IMS problem, allowing people to enjoy these cars relatively worry-free.

And there’s a lot to enjoy. The 996s offer a thoroughly analog experience (first-year Carrera 2s even have a cable throttle). Driver’s aids are there, but relatively unobtrusive, steering assist is hydraulic, and absolutely perfect in weight and feel, and with almost 300 hp and a curb weight of less than 3,000 pounds, the 996 feels alert and lively. Just about every version will do 0 to 60 mph in less than five seconds.

The 996 hit the bottom of its depreciation curve around 2017 or so, when conveniently, I bought a 1999 Carrera 2 coupe for just $16,000. When I sold the car the next year, it brought $20,000. At this point, I would expect it to bring another $3,000 or so on top of that. As is generally the case, the cabriolets are the bargains, as are cars with the reliable, but unexciting Tiptronic shiftable automatic transmission. Tiptronic cabriolets with higher miles can still be found for under $20,000, making them a screaming deal for anyone in a high-traffic, sunbelt location.

As with any used Porsche a thorough pre-purchase inspection is important. A replaced IMS bearing, along with a rear main seal (RMS), and air/oil separator (AOS), is a good thing to see. A bore scope is also recommended, as these cars can suffer from cylinder bore-scoring (some believe it’s the result of irregular spray patterns from worn or dirty fuel injectors). It’s more prevalent in cold climate cars.

The 996 has also been anything but forgotten by Porsche AG.  Since it’s been out of production for over 15 years, the model now falls under the watchful eye of Porsche Classic, which is committed to maintaining an ample supply of parts for the model, so it hardly feels like you’re driving an orphan.

The 997 is also an up and comer.  As time passes, it seems like the depreciation cycle of the 911 gets shorter and shorter. It took almost three decades for the 911 SC to reach bottom and start clawing its way back up; the 996 hit the bottom of its depreciation curve in about half that time. The 997, which has only been out of production since 2012, already seems to be done depreciating. In some cases, it’s intersected with the still depreciating 991.

I suspect the reason is that the 997 marked another inflection point for the 911. The versions that came after grew larger and switched to electric power steering. The 2005–08 cars suffer from IMS issues, but the so-called 997.2 cars built from 2009–2012 do not, and it’s these cars that in-the-know buyers are especially focused on.  Manual transmission coupes are the darlings of this market, and they’re quite rare. In late 2008, when the 997.2 was introduced, the world was reeling from the worst economic downturn since 1929. So, Porsche sales were way down. Combine that with the fact that Porsche’s brilliant PDK, dual-clutch automatic transmission was new that year, and you can see why three-pedal cars got suddenly harder to find. As with any vintage of 911, color can affect value significantly. Just compare the asking price for a silver car vs. a Speed Yellow car. Other options, like sport seats or a factory Porsche Sport Exhaust can also make a difference.

John Wiley: Hagerty Price Guide value trends from January 2020 to January 2021 show the most affordable cars (impact bumper, SC, and 996) were up, whereas the most expensive models lost ground. Trends among people calling us for quotes on insurance from 2019 to 2020 show values increasing the most for SWB (1964-1968) and 964-generation.

We’ve also begun to see activity for 1967–68 911Rs. These are seven-figure cars that, for all intents and purposes, don’t change hands: People tend to hoard them. In 2020, we issued a handful of insurance quotes on them

Insider: If you were going to buy one 911 today, which would it be?

RS: The 996 GT3. U.S. legal cars were sold only during the 2004 and 2005 model years, and they were the first GT3s that you could buy here. They’re fairly subtle for a Porsche GT car and they are absolutely transformational cars to drive. They’re the 2.7 Carrera RS of the water-cooled generation. They also have no IMS issues, as they are powered by a naturally aspirated version of the 996 Turbo engine, designed by the legendary Hans Mezger. 996 GT3s are certainly more expensive than they’ve been in recent years, but even at the current asks in the $85,000 region, these cars have a lot of headroom left in the market.

JW: Yes, 996 GT3. Potentially because it’s undervalued, but also because it represents the beginning of the awesome GT3 series. 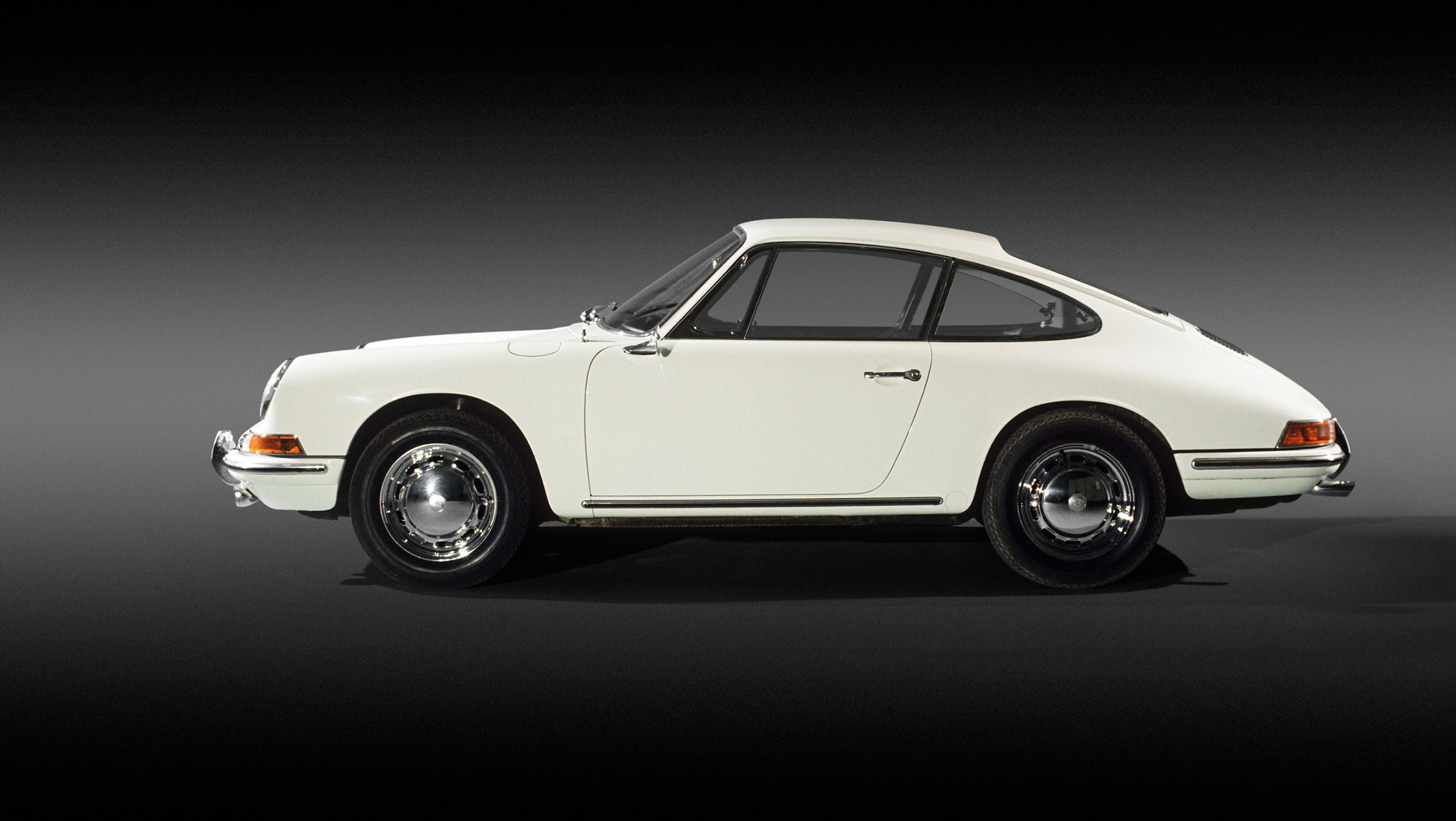 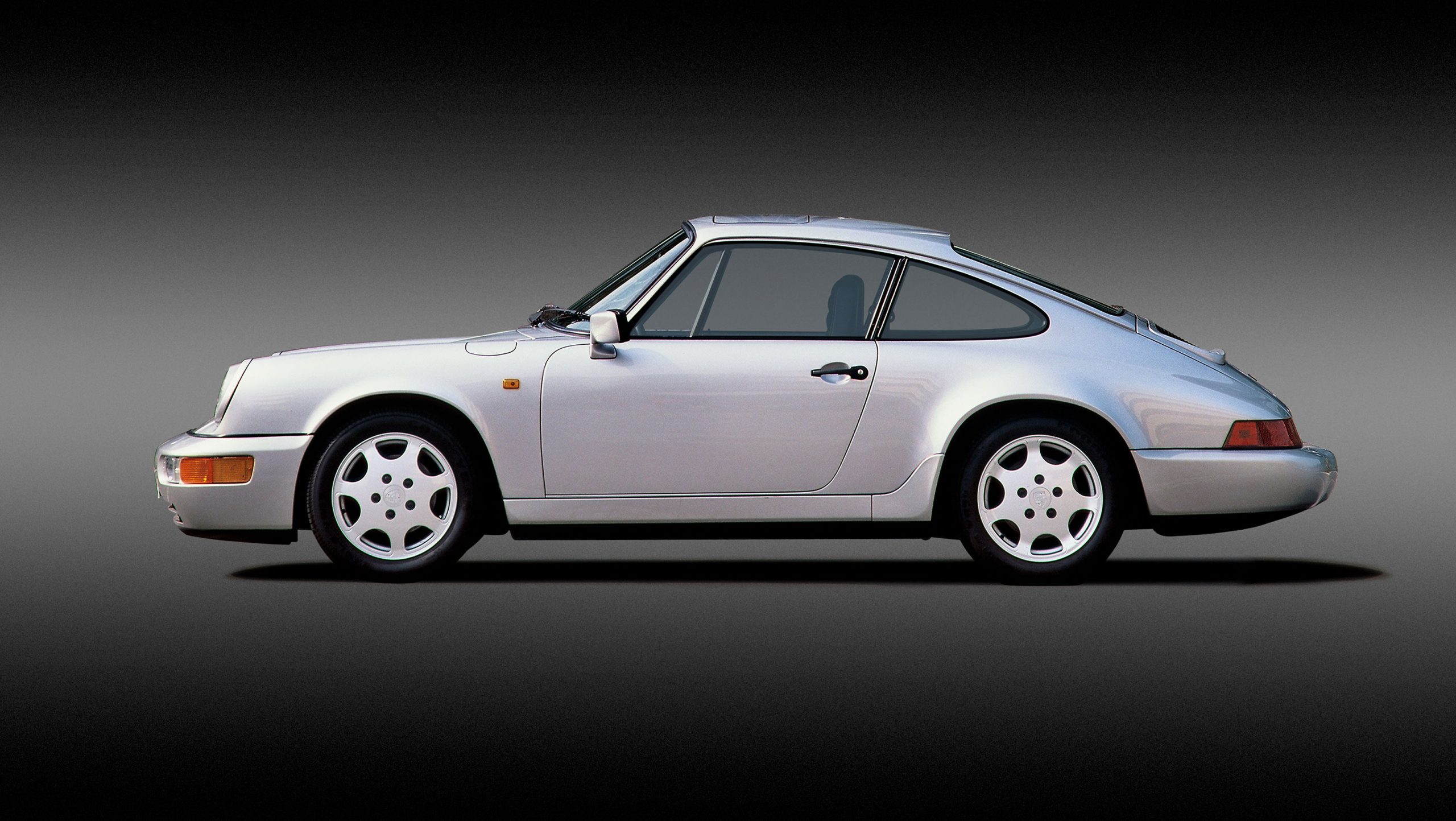 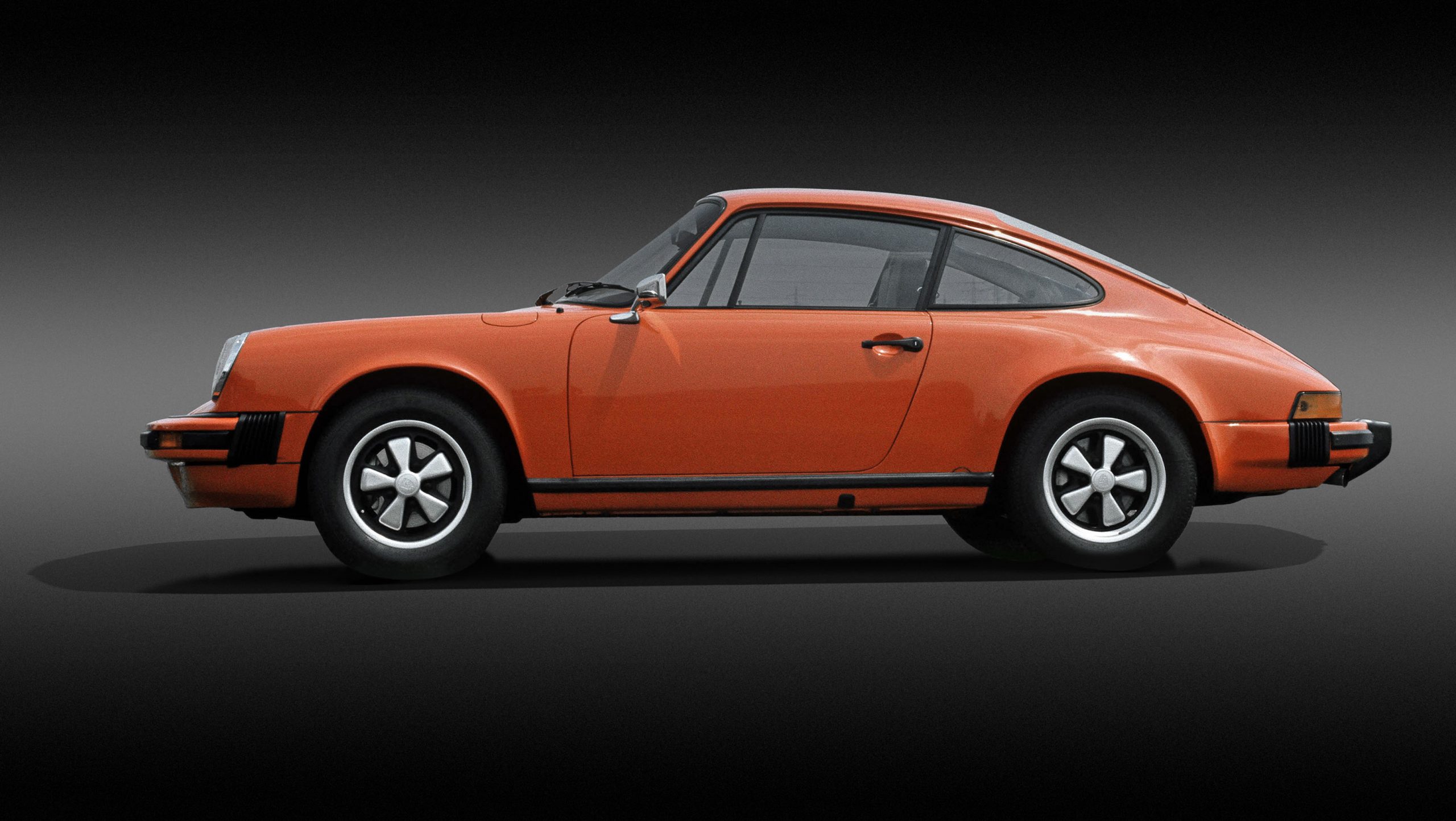 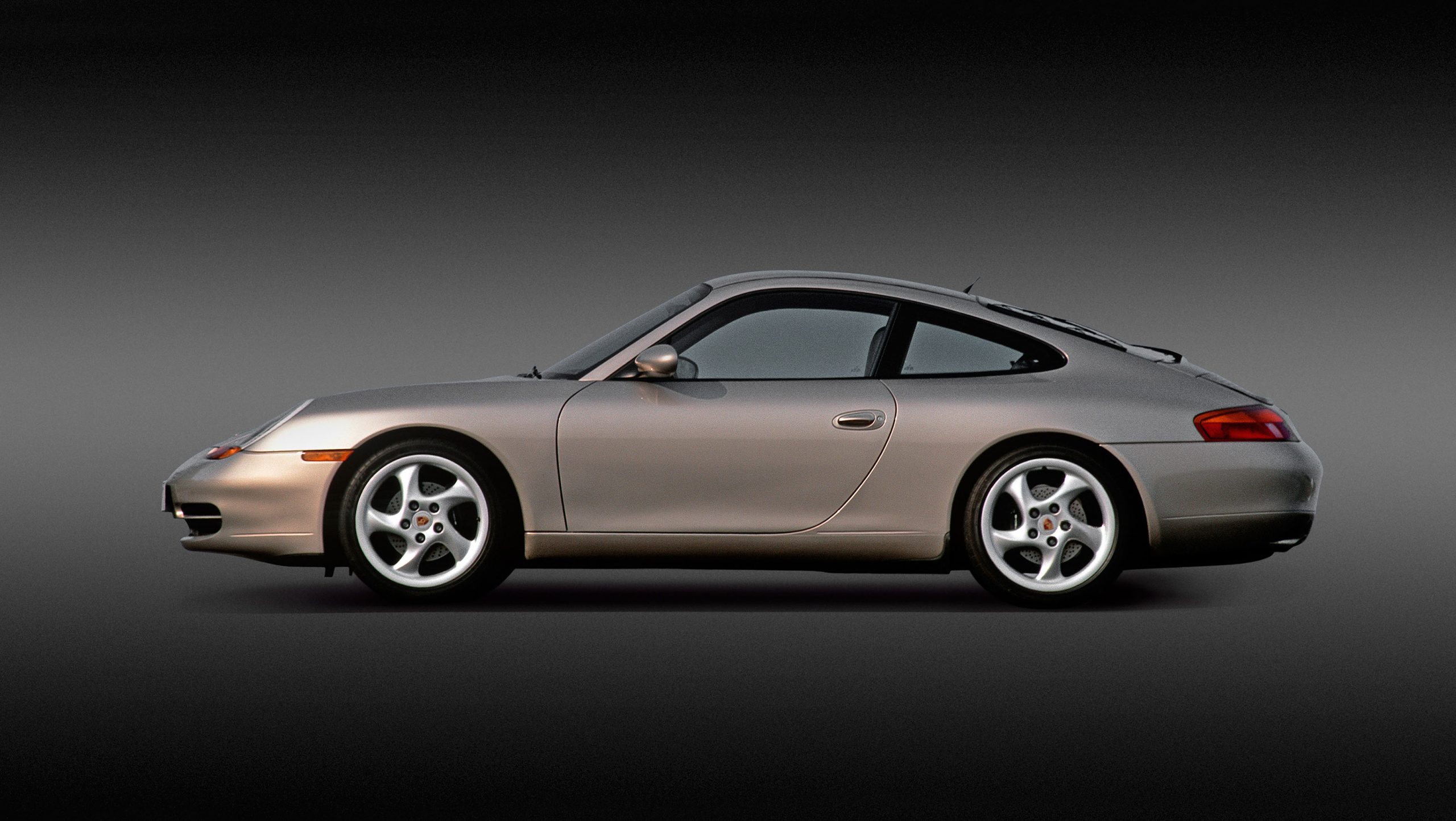 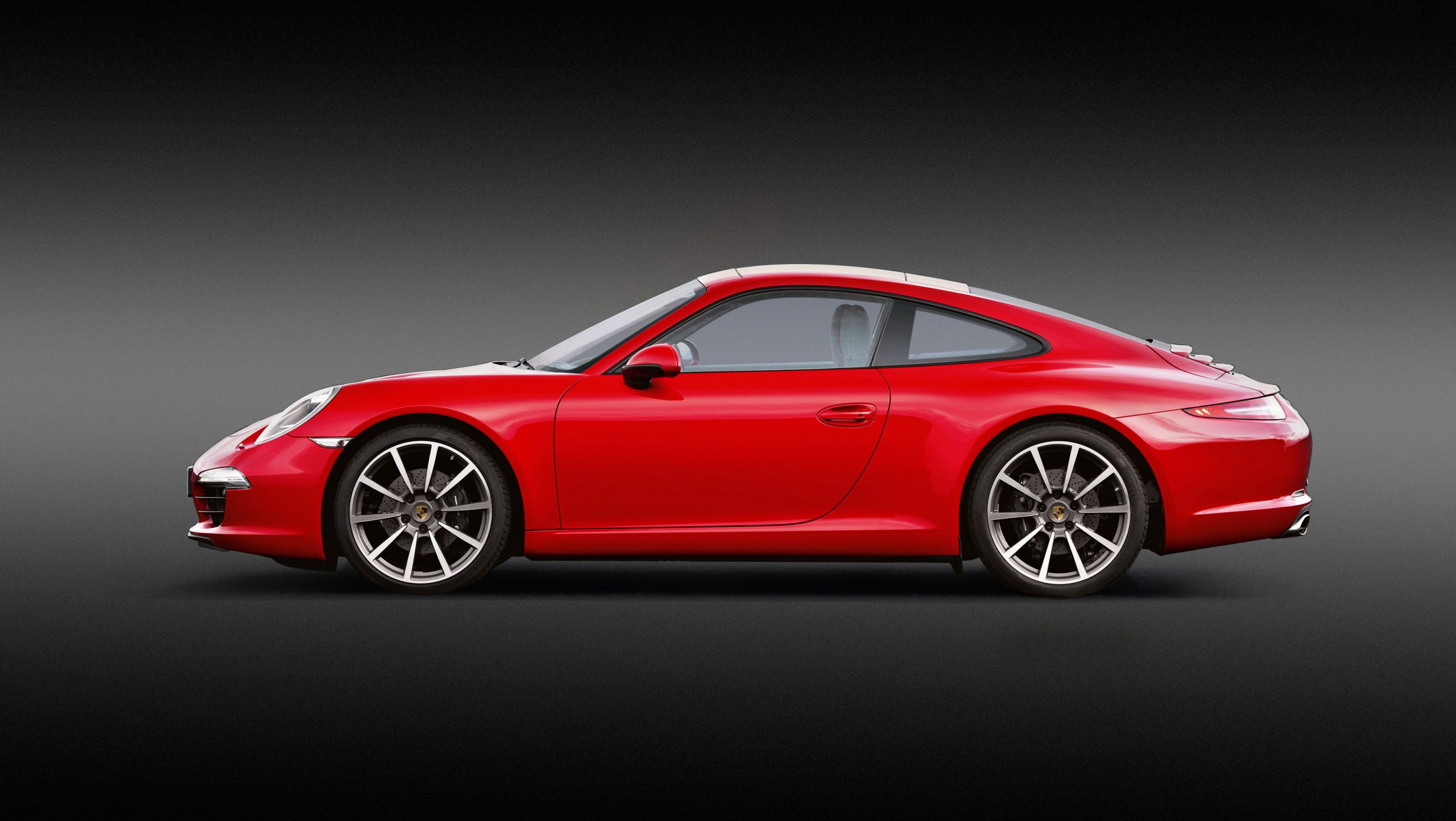 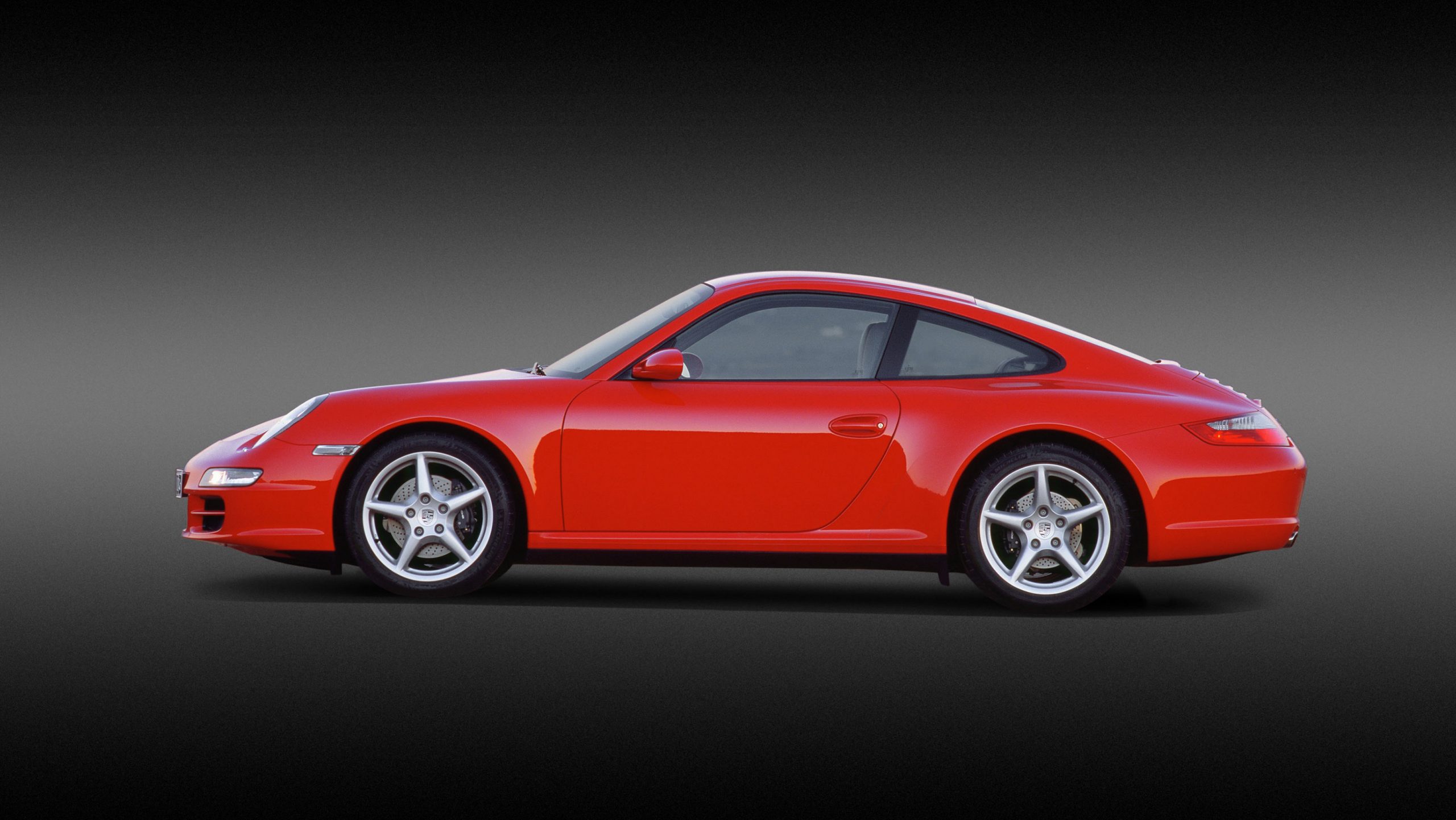 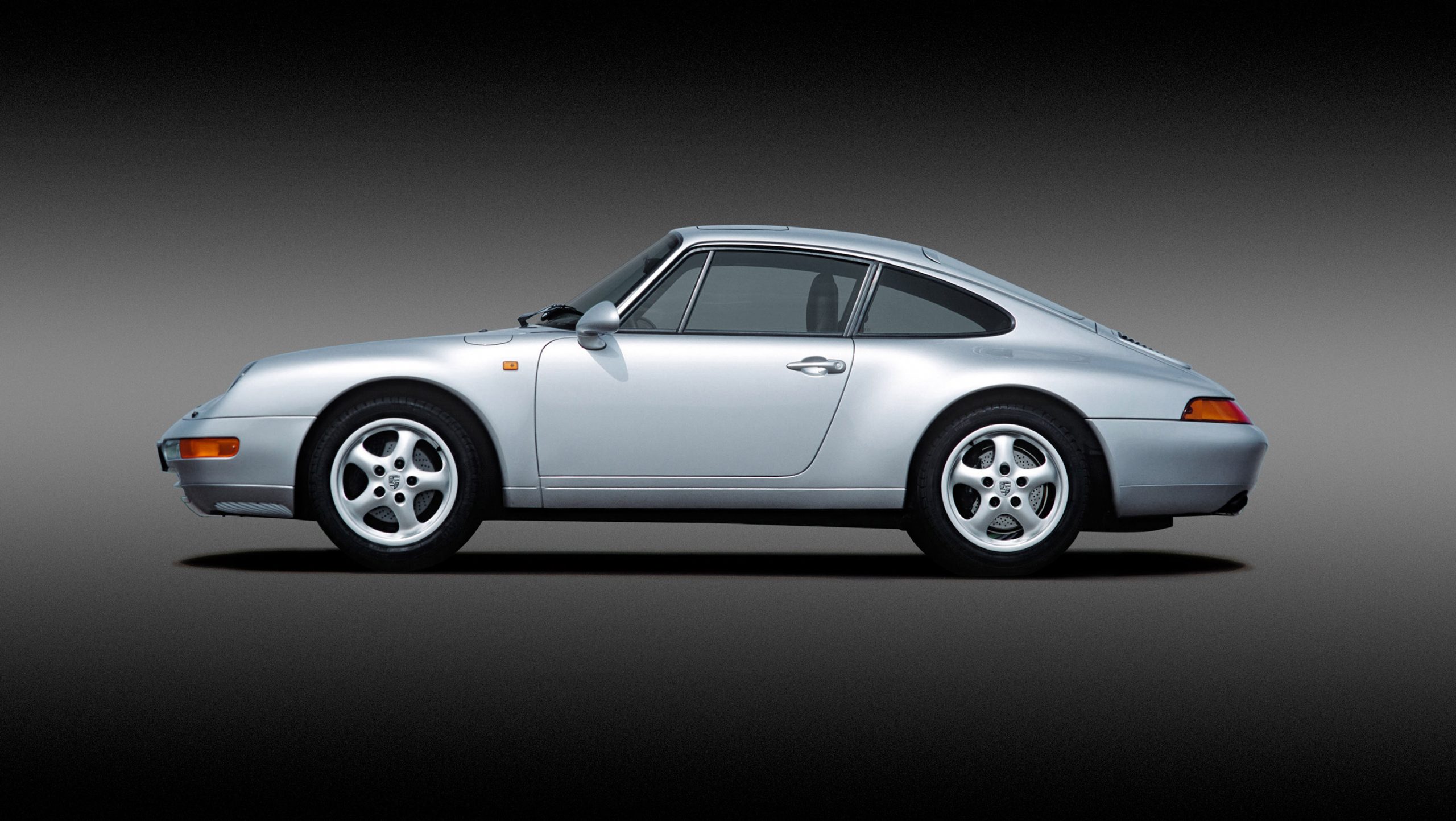