“Carroll Shelby is a lot like those GT350s and 500s he builds out at Shelby American. And that’s plenty rugged. So why the hair stylist? Simple. Shelby’s got a head of hair that’s as tough and wiry as he is. And no time to fool around, trying to make it look neat…All Shelby must do to keep looking like a million is use a little Dep for Men each morning.”  -Dep for Men hair gel advertisement, 1967

Airdrop Carroll Shelby into 2022, and there’s no doubt he would find success as what we today call an influencer. Back in the day, the Texan knew how to keep his name in headlines and households across America. So, when Shelby American, a ragtag group of American hot-rodders, won the 1965 FIA World Manufacturers Championship of Makes for GT cars—the first group of Yankees to ever do so—and the accomplishment fell to the back pages, Shelby knew he had to awaken the world to their excellence.

Shelby commissioned a cross-country promotional tour to showcase his winning rides. Utilizing a two-level, 42-foot enclosed trailer, members of the team toured 12 cities in four weeks, with several race cars—427 Cobra, Ford GT40, Daytona Coupe, and 1965 Shelby GT350R—in tow. Each stop was a designated Shelby dealership, where the road-goers were parked next to the track stars. Crowds flocked.

Now, the very same GT350R that traveled across America in this so-called “Cobra Caravan” is for sale on Bring a Trailer. Riding on chassis 5R213, the SCCA B Production GT350R is one of 36 turn-key race cars (including two prototypes) built by Shelby American complement to the production Shelby Mustang coupe.

Like the best bands often do, the group of cars broke up after the tour was over. Each went their separate ways. According to Mecum, the GT350R was displayed at Tasca Ford in Rhode Island throughout the 1965 holiday season. After shuffling around a couple subsequent dealerships over the next six months, 5R213 was eventually shipped to Peru, where it was imported by Benito Lores. The Lima-based importer sold the race car to a group of sportsmen who would use the coupe in rally and endurance competition.

Over the next two decades, 5R213 remained relatively intact despite its foreign romps, and in 1984 two collectors brought it back to the United States. A couple owners later, the car was prepped for vintage racing.

After a return to track duty, the car underwent a full concours-quality restoration. It then changed hands again, before arriving on the doorstep of Thoroughbred Restorations in Oklahoma, where it underwent an extensive refresh replete with heads rebuilt by ex-Shelby American employee Larry Ofria. The three-year overhaul was so extensive, in fact, that the car eventually achieved a Triple Crown on the Shelby show circuit in 2017. A year later, the car was purchase by the current seller, who promptly shelved the racing engine in favor of a street-spec HiPo 289.

The new block was equipped with the previous engine’s Holley four-barrel, a Cobra high-rise intake, and valve covers, and air cleaner. Shuffling cogs is left to a close-ratio BorgWarner T10 four-speed manual, and transferring the power to the rear wheels is a Ford nine-inch with a Detroit Locker. The racing engine, another HiPo 289, is offered with the listing.

Bringing the whole show to a stop are vented front discs and 10-inch rear drums. As with the engine swap, the seller selected a more street-friendly radial tire for 5R213 is including in the sale the original mag wheels wrapped in racing rubber.

These R models, like the one for sale here, were built with a fiberglass valence with integrated brake-cooling hoses, flared fenders, a vented Plexiglas rear window, pull-up Plexiglas side windows, and riveted aluminum sail panels. Inside, as well, the car is true to curb-hopping form, featuring a bolstered driver’s seat, roll bar, and a smattering of gauges.

“Obviously, any one of the 36 R models is valuable, but within that small group there is a well-known hierarchy,” says Colin Comer, Hagerty marketplace expert and author of The Complete Book of Shelby Automobiles: Cobras, Mustangs, and Super Snakes. “For example, the Ken Miles R model that sold at Mecum twice, recently, is the upper echelon. Second-most desirable are models with factory team history. Following the steps down the ladder, it goes: cars with significant U.S. wins, cars with European wins, privateer cars with lesser wins but good history, and then—likely—the group of Peruvian R models like this that came back to the U.S. in various stages of battle-scarred condition.”

Like Comer, Newton agrees that the car’s history makes a big difference. “For 5R213, the big draw is its part in the Cobra Caravan. Although it doesn’t have the race record of some of its peers, the tour was a neat part of Shelby history. That counts for something.”

A letter from the Shelby American Automobile Club confirms that the car’s Shelby and Ford serial numbers correspond with Shelby factory records, and a 1965 letter corroborates the presence of 5R213 on the Cobra Caravan.

Since it was bolted together, this GT350R has been a wayfarer, so it seems only fitting that it has already made a few trips across the auction block over the last 15 years. It was reported sold for $660,000 at Russo and Steele’s Monterey auction back in 2007. More recently, though, the car sold with Barrett-Jackson in 2016 before falling to back-to-back no sales at RM Sotheby’s Arizona in 2018 (bid to $850,000) and at Mecum Indy last year (bid to $800,000).

Is this the auction that once more lands this consummate traveler with a new caretaker? We find out next week. 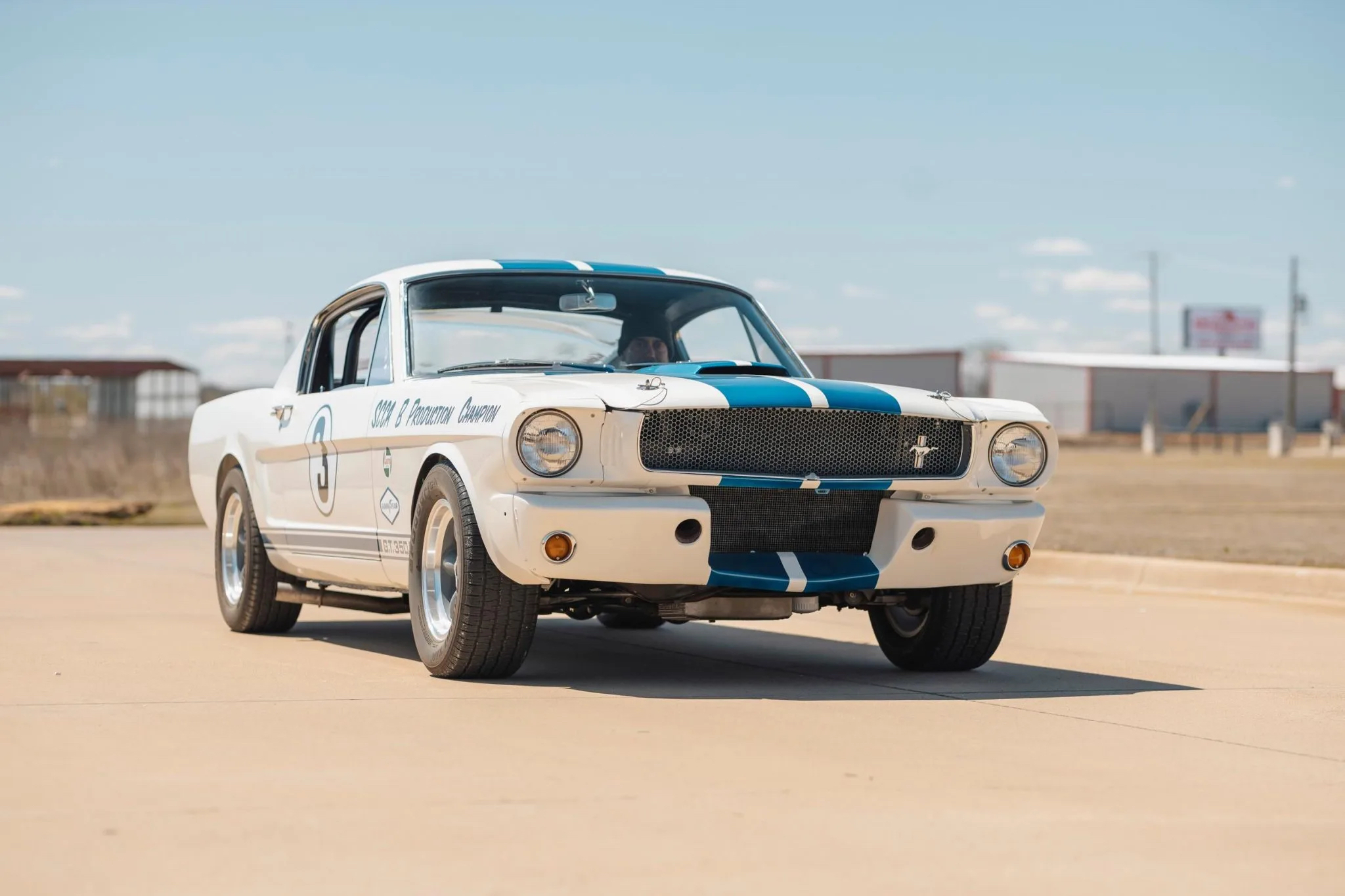 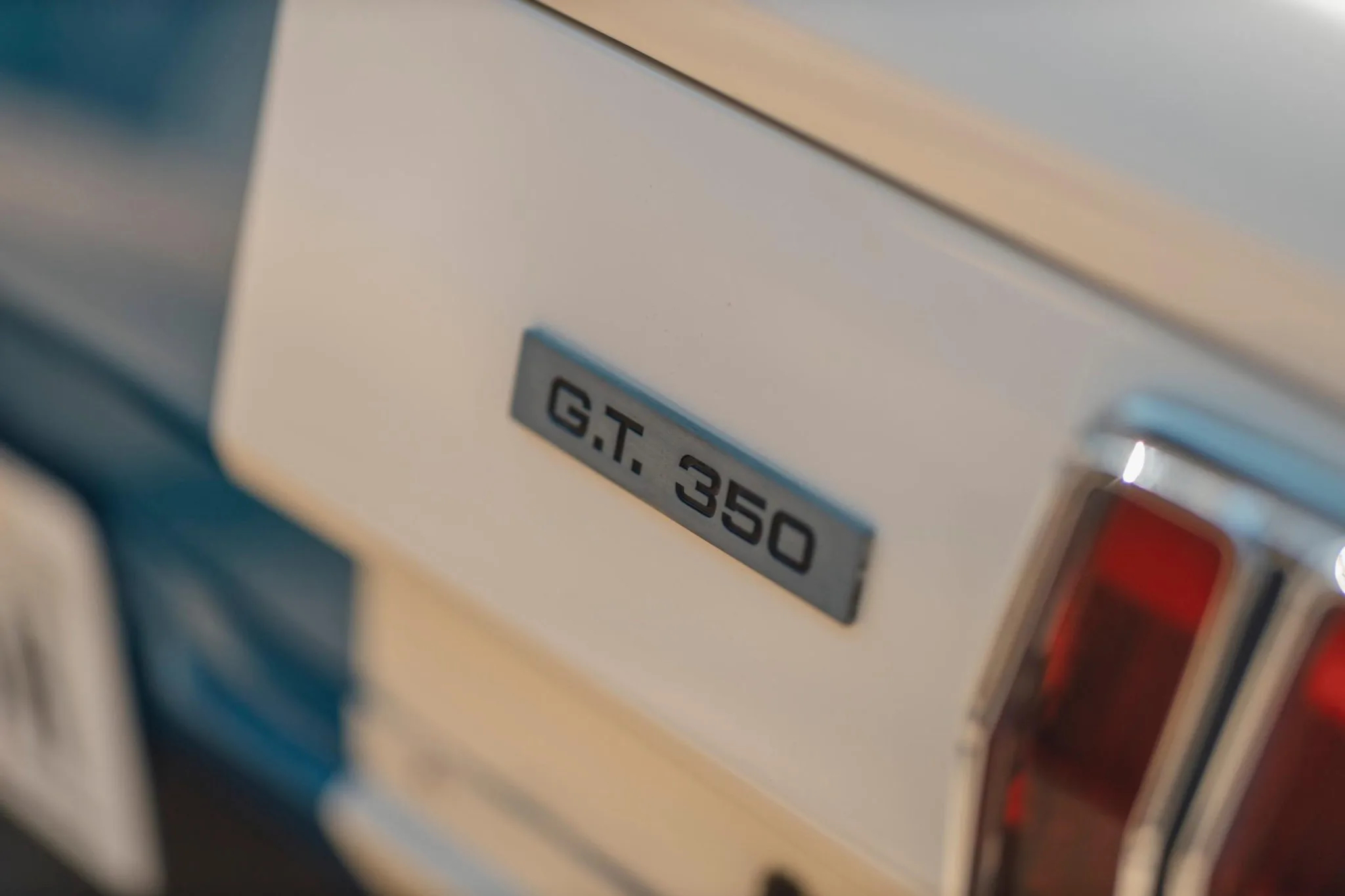 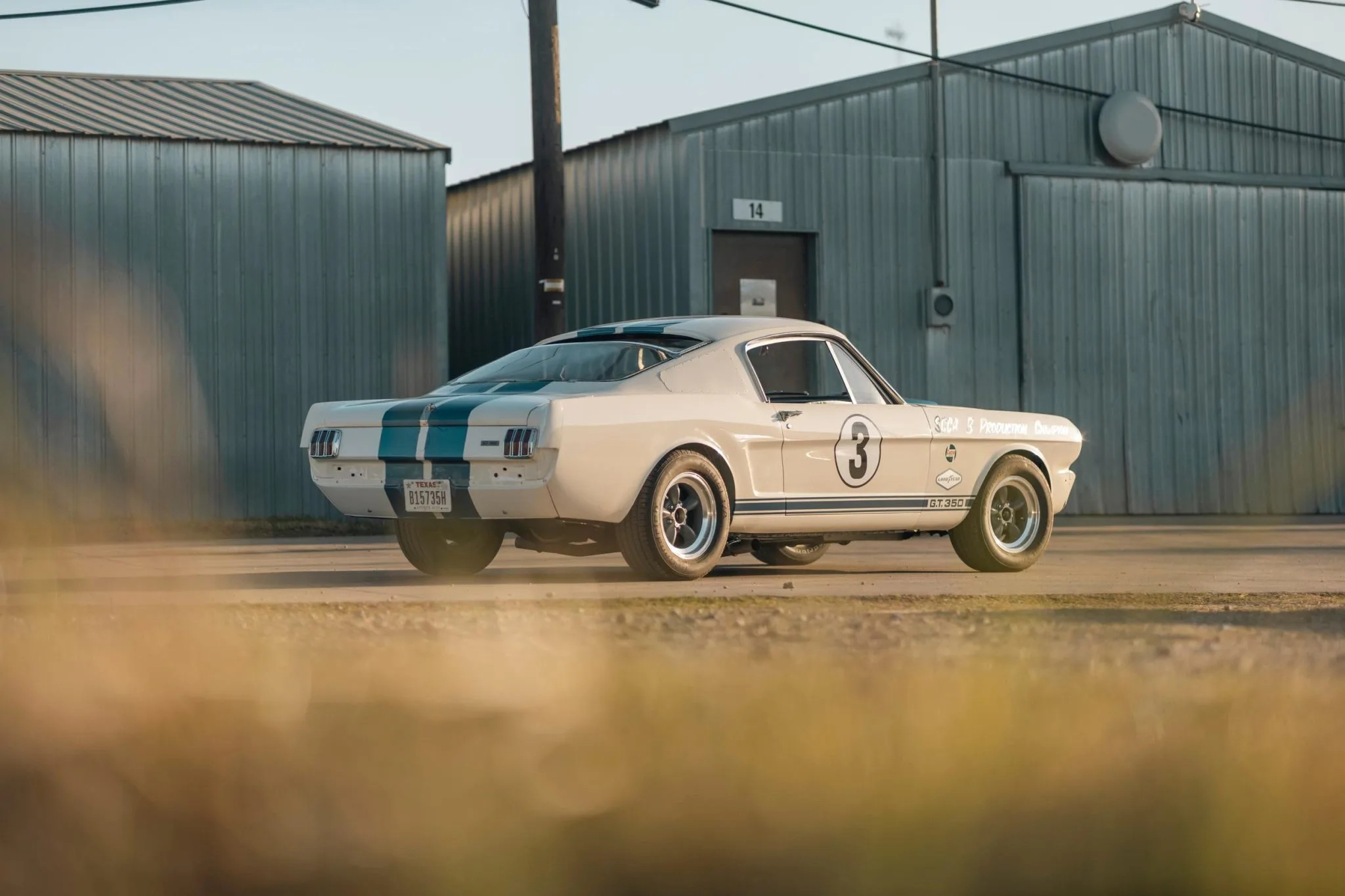