Even Group B's biggest failure is now worth big money

Despite outrageously boxed fenders and an alarming propensity to spit fire, Group B rally cars weren’t always the auction darlings they are today. Values for these old rally weapons have grown steadily over the past few years, and the latest sale of a rather obscure Group B car suggests they aren’t done growing. This Citroën BX 4TC, a car roundly considered Group B’s most spectacular failure, defied expectations on the auction block and sold for a whopping €417,200 ($485,287). We’re not kidding about the BX 4TC’s rotten legacy; Citroën was so ashamed of its floundering, it bought back and destroyed as many examples of the road-legal homologation specials as it could. Ironically, a product of this family shame now sits among the most expensive Citroëns ever sold at auction, thanks to scarcity and the inherent desirability of anything and everything associated with Group B.

The World Rally Championship’s Group B era burned bright during its short lifespan between 1982 and 1986. During this tiny window, factory-backed teams dumped technical innovation and budgets to match serious Formula 1 efforts into creating some of the quickest and most sophisticated rally cars on the planet. The resultant Group B specials accelerated so quickly and rode so stiffly, some drivers suffered from tunnel vision and occasionally required spinal decompression between stages. Of course, this danger led to a spike in spectator popularity, and the infamously poor crowd control on WRC’s twisty, narrow stages led to stretches of race road bordered not by guardrails or tire walls, but by throngs of cheering human beings. It was unequivocally rallying’s most dangerous and exciting period.

What attracted these manufacturers, fans, and eventually collectors was Group B’s legendarily unrestrictive rulebook. Regulations were intentionally vague and left open to interpretation, with the only strict guidelines being that cars had to have a fixed roof, two seats side-by-side, and a minimum weight determined by engine displacement. Manufacturers were also required to build 200 road-going homologation examples of their Group B contenders within a 12-month period, most of which had to be made available to the buying public. The most successful Group B teams designed their cars for rallying from the outset with tube construction and a mid-engine layout, leading to icons like the Lancia Delta S4, Peugeot 205 T16, and Ford RS200. The requisite roadworthy homologation specials were typically just an afterthought.

While Audi and Peugeot partied with big-buck budgets, money was tighter at Citroën. This meant the automaker’s tiny competition department was more dependent on the parts bin; it’s no surprise its first and only Group B machine was crammed full of compromises. The so-named BX 4TC certainly looks like a Group B monster, presenting itself as some sort of Bizarro World Audi Sport Quattro, but the mil-spec toughness was merely skin-deep. Rather than design a purpose-built rally car from scratch, Citroën started with the platform of the existing mass-produced, family friendly BX sedan.

The flaws were baked-in before it even set wheel to tarmac. The BX 4TC was heavy, nearly 200 kg (440 lbs) over the weight limit, and it’s not like the 4TC had the power to outrun this flab. Its heavy iron-block turbocharged four-cylinder pulled much of its base design from one found in the wheezy Chrysler 180, and sat way, way up in the nose for maximum understeer. This lump managed just 380 hp in a field where front-running cars were making 500 hp or more. Furthermore, the Citroën’s all-wheel drive system lacked a center differential, and despite proving advantageous over loose surfaces, the marque’s signature hydropneumatic suspension was prone to failure.

Citroën wasn’t about to let these myriad problems lead the program to an early grave, and two BX 4TCs were ready in time to make the 1986 season opener at Monte Carlo. Jean-Claude Andruet managed to record seventh and eighth on the timed segments, but crashed out, with the other Citroën retiring on stage one with a broken suspension. Andruet managed a sixth place finish at the following 1986 Swedish rally, following up with a three-rally development break before bringing three BX 4TCs to the 1986 Acropolis Rally in Greece. Things looked up at the start, with Andruet declaring the trick suspension “fast, fantastic, and extraordinary” on the rally’s treacherously bumpy surface. Smooth, but not durable; two Citroëns retired with suspension failure, and Andruet tragically crashed out in stage three.

Spurned by this woefully uncompetitive showing, Citroën corked development and immediately pulled out of the WRC with just one sixth place finish in three events to show for all its hard work and burned cash. A small consolation prize for this early retirement was the discontinuation of the Group B category in 1987, offsetting future developmental costs for the struggling team. Citroën arrived to the Group B party too late and with a flawed car that it never had time to fully develop.

Still, the 4TC has its fans. According to Andruet, the BX 4TC was “much better than what was said about it,” and years later Citroën’s competition department redeemed itself with eight WRC constructor’s titles and nine driver’s titles from the early 2000s through the 2010s. At the time, however, Citroën’s disastrous rally experiment was particularly embarrassing. The company reportedly disassembled the majority of the 20 original rally cars, and went so far as to re-purchase and destroy as many of the homologated BX 4TC road cars as it could get its hands on. Some sources say only about thirty percent of those built still exist, and according to auction house Artcurial, only six or seven of the full-bore rally cars are still around.

The BX 4TC presented here is the very car driven by Jean-Claude Andruet. Purchased directly from Citroën in period and saved from the scrap heap, it’s remained mostly untouched since its fretful days in the rally stage dirt. Initially offered with a €250,000 – €350,000 (around $290,000 to $400,000 by today’s rates) estimate at Artcurial’s 2021 Sur Les Champs auction, the Citroën’s final $485,000 hammerfall shined even in a crowded sale headlined by the far more famous and successful ex-Ari Vatanan, Colin McRae and Richard Burns 1993 Subaru Impreza Prodrive. The Subaru failed to meet reserve, but the Citroën brought an estimate-smashing price.

Stratospheric winning bids are all expected of these rallying icons, less so for an abortive attempt by an automaker whose rally successes came a few decades later. Only a few years ago, that kind of money for anything but a factory-campaigned championship contender would have been inconceivable, but these days Group B cars are in high demand and, as they say, a rising tide floats all boats.

We’ve also noted in the past how cars that are fresh to market or are otherwise unique buying opportunities tend to sell well. A few roadbound BX 4TCs have passed the auction stage in the $50,000-$60,000 range, but this was the first BX 4TC rally car we’ve seen at public auction. Beyond that, if there was a specific BX 4TC rally car to seek out it’s probably the only one to actually finish a rally. Hey, Group B was a wild, wild time, and we’re not surprised there’s at least one Citroën superfan to jump at the rare chance to own a chapter of that story—even one that didn’t have a happy ending. 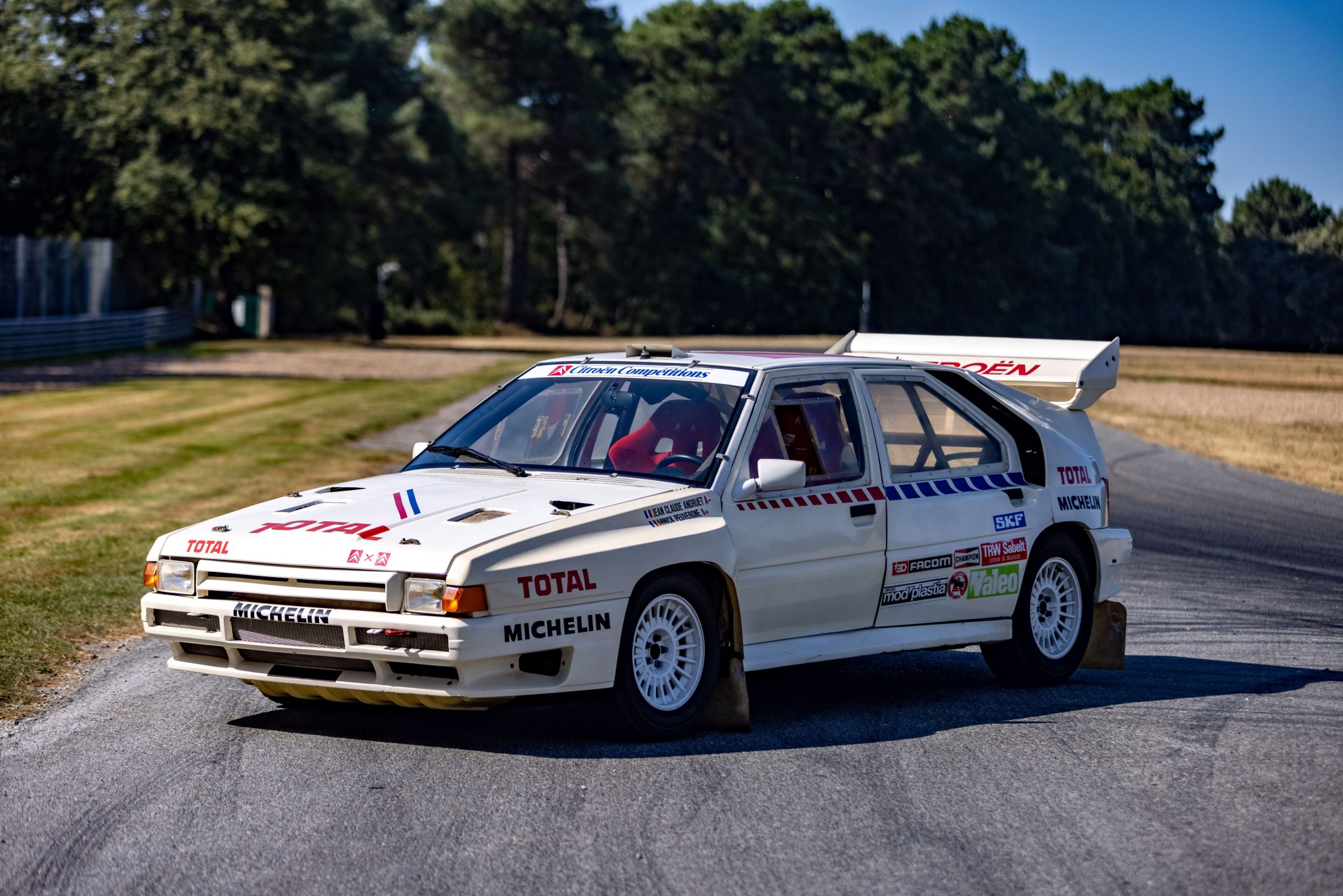 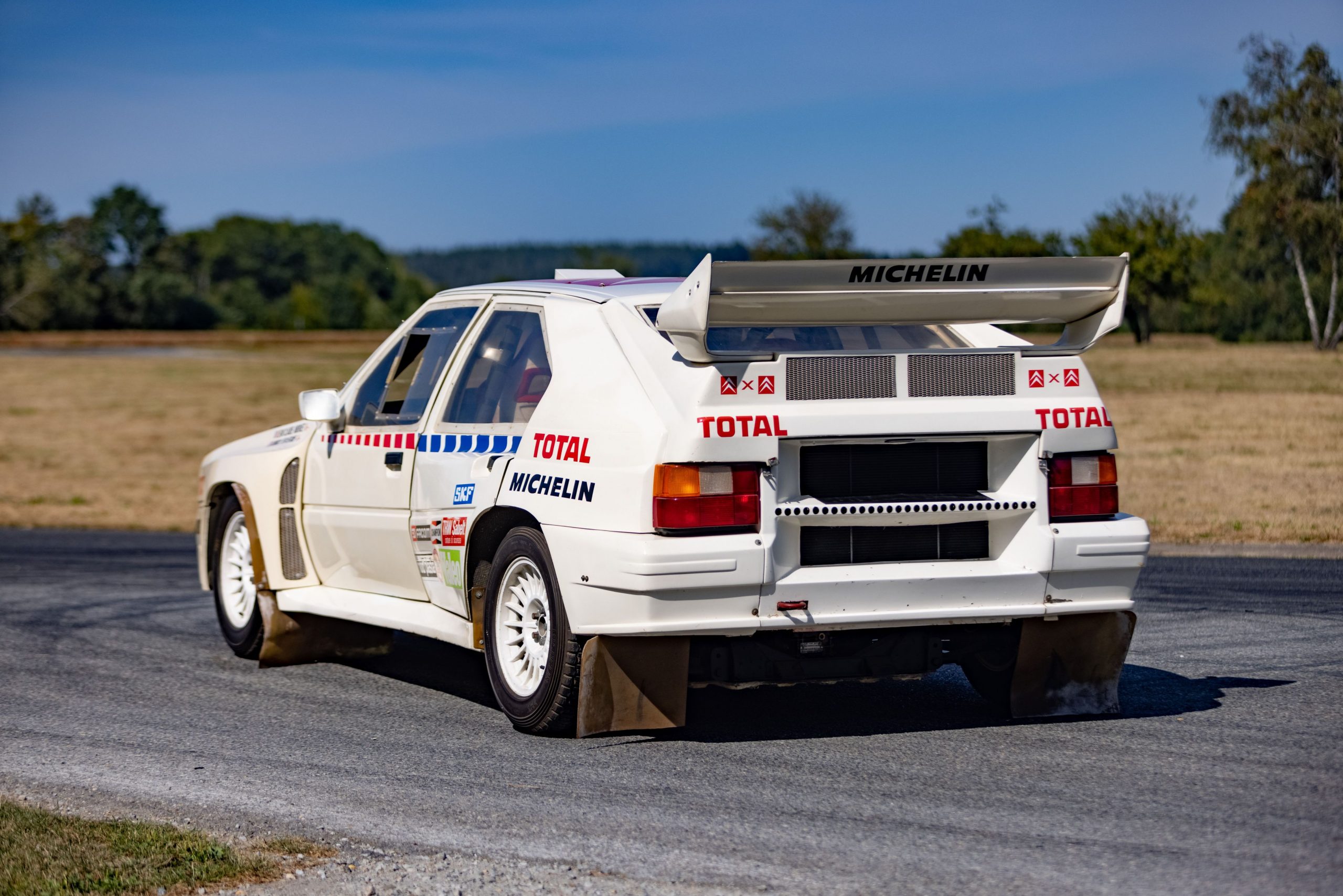 A story about
Race CarRace Cars

Missed the boat on 1990s exotics? This French beast might be your second chance.