We all know the 1965 Mustang. It’s an indisputable icon of both the classic car world and America as a whole; after all, Ford sold over 680,000 copies of its pioneering pony car for the extended ’65 model year after being introduced midway through 1964. These cars are treasured the world over, and as a result, many of these ’65 Mustangs are proudly still on the road, carrying a median condition #2 (Excellent) value of $46,800 in the Hagerty Price Guide. Though, owing to its prolific nature, it isn’t hard to find one for much less than that.

It sure isn’t difficult to find one more valuable either, as proved by the $3.75m winning bid paid for a white 1965 fastback at Mecum’s Kissimmee auction this past week. Of course, this ’65 Mustang sold in Kissimmee this past weekend was no ordinary fastback; it’s a rather legendary prototype Shelby GT350R competition car. You might also know this blue-striped stunner as the “Flying Mustang,” thanks to a famous race photo of it with race hero Ken Miles lifting all four wheels off the ground in a mid-race jump.

It sold for a $3,750,000 final price during the monstrous 11-day, $217M auction extravaganza that was Mecum Kissimmee ’22. Unsurprisingly, of the nearly 3,000 vehicles that changed hands under the bright Florida sun, the Flying Mustang was the most expensive—but not the most shocking. Although Kissimmee was chock-full of head-scratchingly expensive and price guide-breaking sales this year, the winning bid for the GT350R doesn’t seem at all unreasonable. In fact, it technically sold for more back in 2020, when it claimed a record-busting $3.85m at Mecum’s Indianapolis sale that year. That purse still stands as the most anybody’s ever paid for a Mustang at auction; this most recent sale almost broke its own record, but not quite. The Mustang from Bullitt, by the way, brought $3.74M in 2020.

This Shelby is Chassis SFM5R002, the first R-Model GT350 and father of the three-dozen other GT350R Mustangs built up by Carroll Shelby to tackle the SCCA’s B-Production division. Introduced to the public at California’s Riverside International Raceway, SFM5R002 made its racing debut at Green Valley Raceway near Dallas. Driven by none other than Shelby engineer/hot shoe Ken Miles, it won during its first time on the grid. On their way to victory, Miles and the Mustang had their picture snapped mid-air. The photo, with the natural caption “See, our Mustangs really fly!”, was soon all over Shelby promo materials, and in its first model year, the Mustang had already cemented its reputation as a serious, heavy-hitting performance car with on-track bona fides.

GT350Rs went on to dominate B-Production racing, and SFM5R002 contributed to those winning ways with 10 victories in 1965. It kept on racing from 1966 through 1968, before heading south of the border for two years competing in the Mexican Trans Am series that saw three more wins and six podium finishes. After that, it ignominiously sat in a yard resting on a trailer for nearly 20 years in Monterrey, before Mark Gillette of Dallas uncovered it in 1989. It was remarkably intact, but didn’t get fully restored until 2010-14 under the ownership of John Atzbach. It still wears that thorough but sympathetic and correct restoration today.

When the Shelby popped up for auction in 2020, Dana Mecum said that “this is the exact car [that] put performance in the Mustang” and that “nobody ever [expected] that this car would ever be offered for sale.” Equally unexpected was that it would come to auction again less than two years after its record-breaking $3.85M in Indy, although it’s still a thrill to see it in public at all.

In Kissimmee, bidding for SFM5R002 in Kissimmee quickly worked its way up to $3.4M, stalled, then closed at $3.7M. That’s higher than the $3.5M hammer bid that bought the car in 2020, but Mecum reported the final price in 2022 as $3.75M, which likely means there were some fees waived and negotiated between parties behind the scenes. That means the seller just about broke even.

In simpler times, “just about breaking even” on a car was was pretty darn good in this hobby. In 2022, though, many of people who bought a collector car just a couple of years ago have a very real chance of making a few bucks. It didn’t happen with the Flying Mustang, but we’ve noted before what can happen when historically significant cars are “fresh to market” versus when they aren’t. Essentially, there’s often more excitement the first time a car crosses an auction block the first time compared to the second. Either way, this GT350R is still the priciest Mustang ever sold at auction. And, technically, the second. 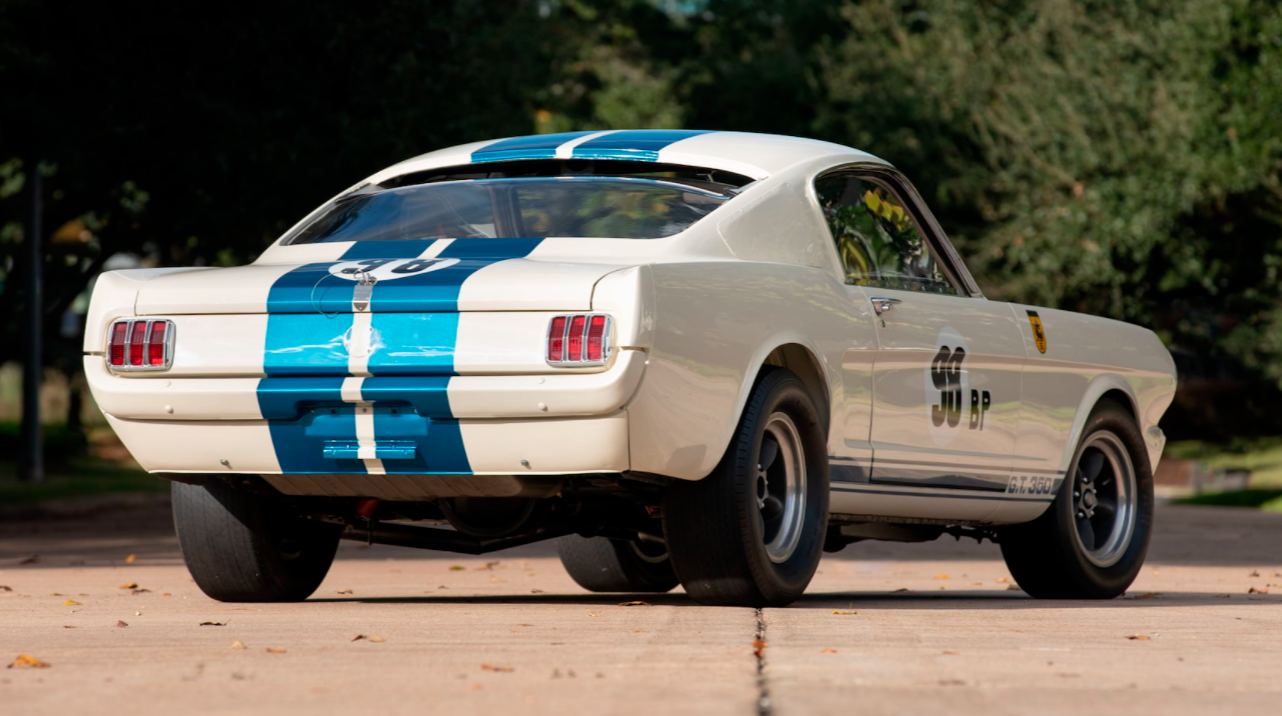 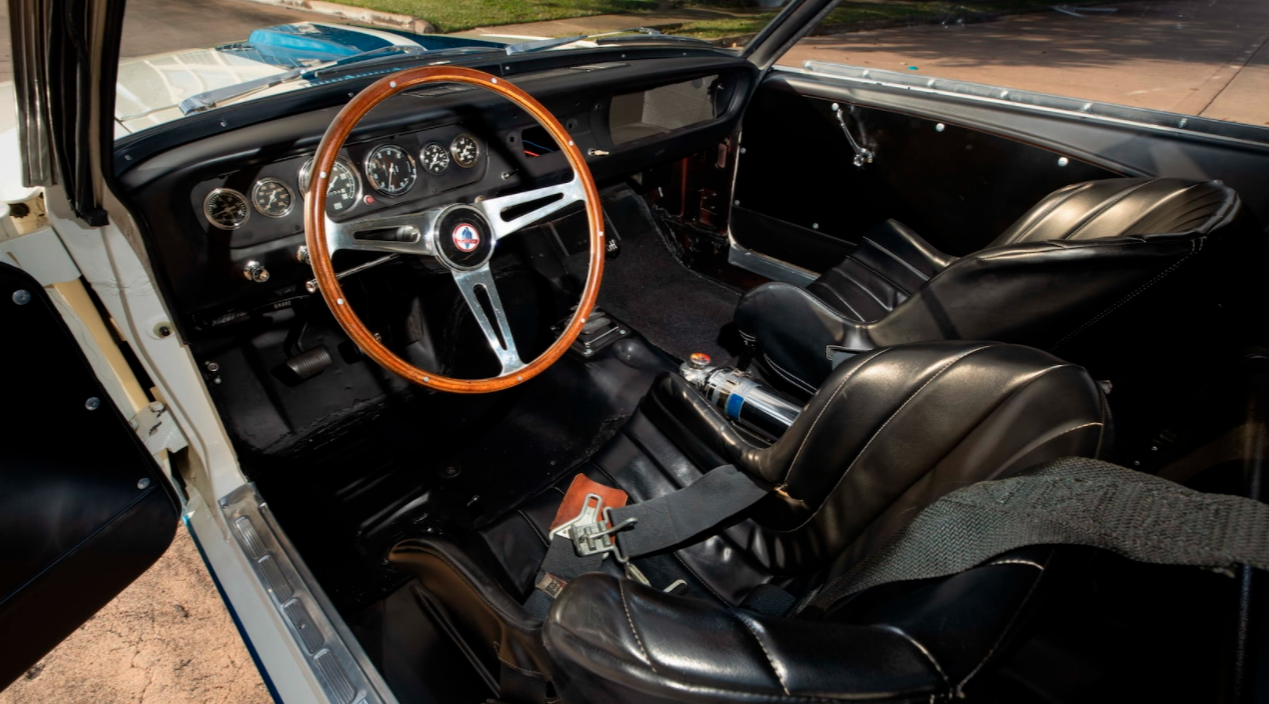 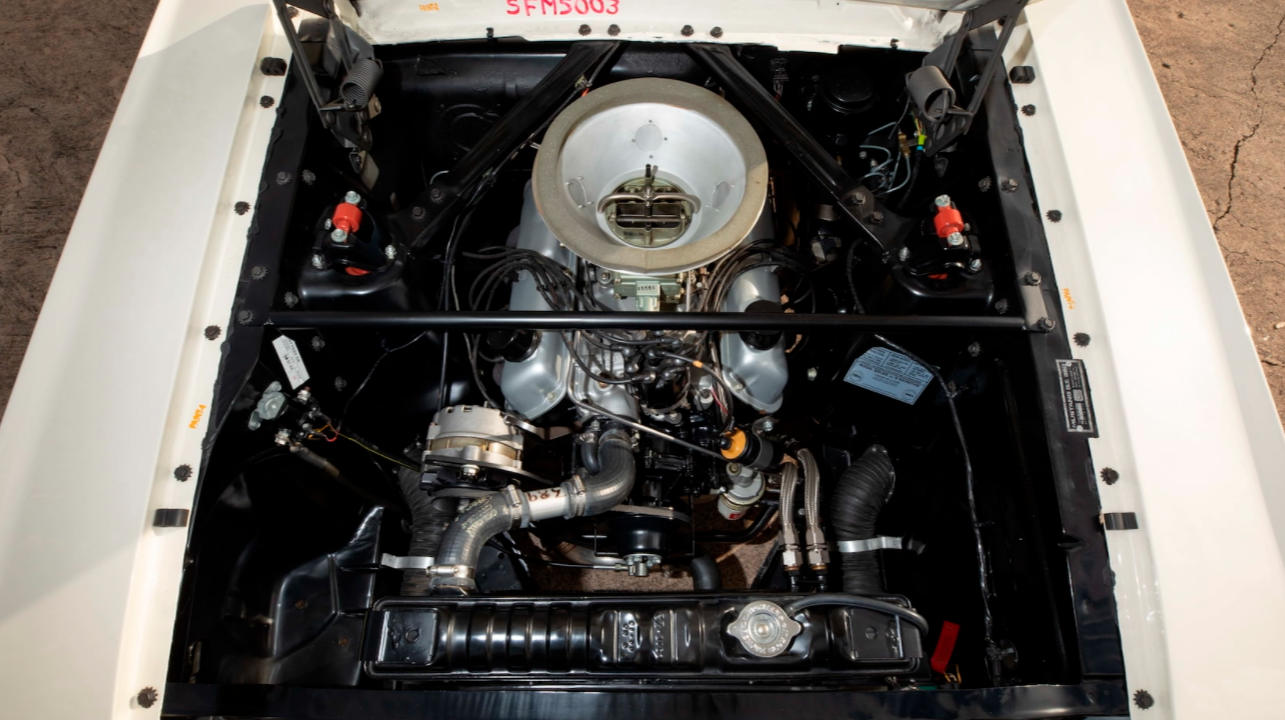 Is there such a thing as too many winged wonders?

An unusual amount of Ghia-bodied Chryslers headed to auction