An Elite car for everyman money

After all the buzz about seven- and eight-figure unobtanium in Monterey this month, it’s kind of nice to get back to the real world and start looking at cheap sporty cars again. It’s also very nice to see a 1970s Lotus Elite listed for sale without the words “project” or “significant rust” anywhere in the text, and one such car caught our eye on Bring a Trailer this week. Despite some issues, it is the cleanest Elite we can remember ever seeing, and it brought more money than we’ve seen for an Elite in recent memory. And what exactly did this rare, exotic rear-drive shooting brake, built by F1 World Champions and imbued with the same DNA as the Esprit sell for? A whopping $13,912, which is right in between the car’s condition #2 (Excellent) and #1 (Concours) values in the Hagerty Price Guide.

There are reasons why an Elite can be had for everyman money, but a good one offers tons of fun, style (if you’re into ’70s design, anyway) and exclusivity per dollar. That’s enough to make this white wedge our sale of the week.

Although it’s an unappreciated model now and while it followed the familiar Lotus formula of fiberglass body on top of steel backbone chassis and revvy twin-cam four-banger, the Elite was a big break for the company when it was introduced in 1974. It took Lotus upscale, completely breaking away from Lotus’s kit-car origins. It was the first Lotus to use the 900-series 16-valve Lotus engine, which powered the company’s road cars all the way up to the last four-cylinder Esprits in the 1990s. It was also the first Lotus with room for four real, two-legged adult humans. “Now, the exhilaration of Lotus performance comes to four-seater motoring,” read the brochure. And while not everyone loves the Elite’s looks, remember that wedge styling was all the rage in the mid-1970s. Designer Oliver Winterbottom made it work on a relatively roomy, front-engine platform. Not an easy feat.

Unfortunately, with the energy crisis and Britain’s labor unrest, 1974 was a just plain horrible time to introduce an expensive luxury performance car, and the Elite was in fact the world’s most expensive four-cylinder car when it debuted. On top of that, the Elite just wasn’t a well-built automobile. Whoever it was that came up with the whole L(ots) O(f) T(rouble) U(sually) S(erious) cliché, he probably owned an Elite. Everything from engines to electrics failed, and because Elites’ chassis weren’t galvanized until 1980, they rusted, too. Today, the Elite’s natural habitat isn’t tearing up the back roads but sitting up on jack stands in the garage, or rotting away in someone’s driveway. They’ve been cheap to buy for years but remain seriously expensive to restore, and that’s a dilemma that leads to deterioration. When Elites do come up for sale, they’re often a sad sight with sellers practically begging you to take them away. We’ve even heard of a few Elites that were given away, for free.

That’s why this white Elite, with its oh-so-seventies brown vinyl/beige cloth and woodgrain interior, is a real find. Represented as a two-owner car, it has a later 2.2-liter 912-series engine fed by Dellorto carbs from a Lotus Excel (the original 2.0-liter 907 was included as a spare) and wears a 1980s repaint. There is some wear and tear on top and underneath, but by ’70s Lotus standards it’s a show queen. The only real red flag appears to be the questionable age of the timing belt, which can be swapped out quickly and easily enough.

This won’t be a cheap car to own, but it’s got to be one of the nicest Elites still on the road, and for 13 grand it’s a tempting amount of Colin Champan- and Disco-era magnificence. 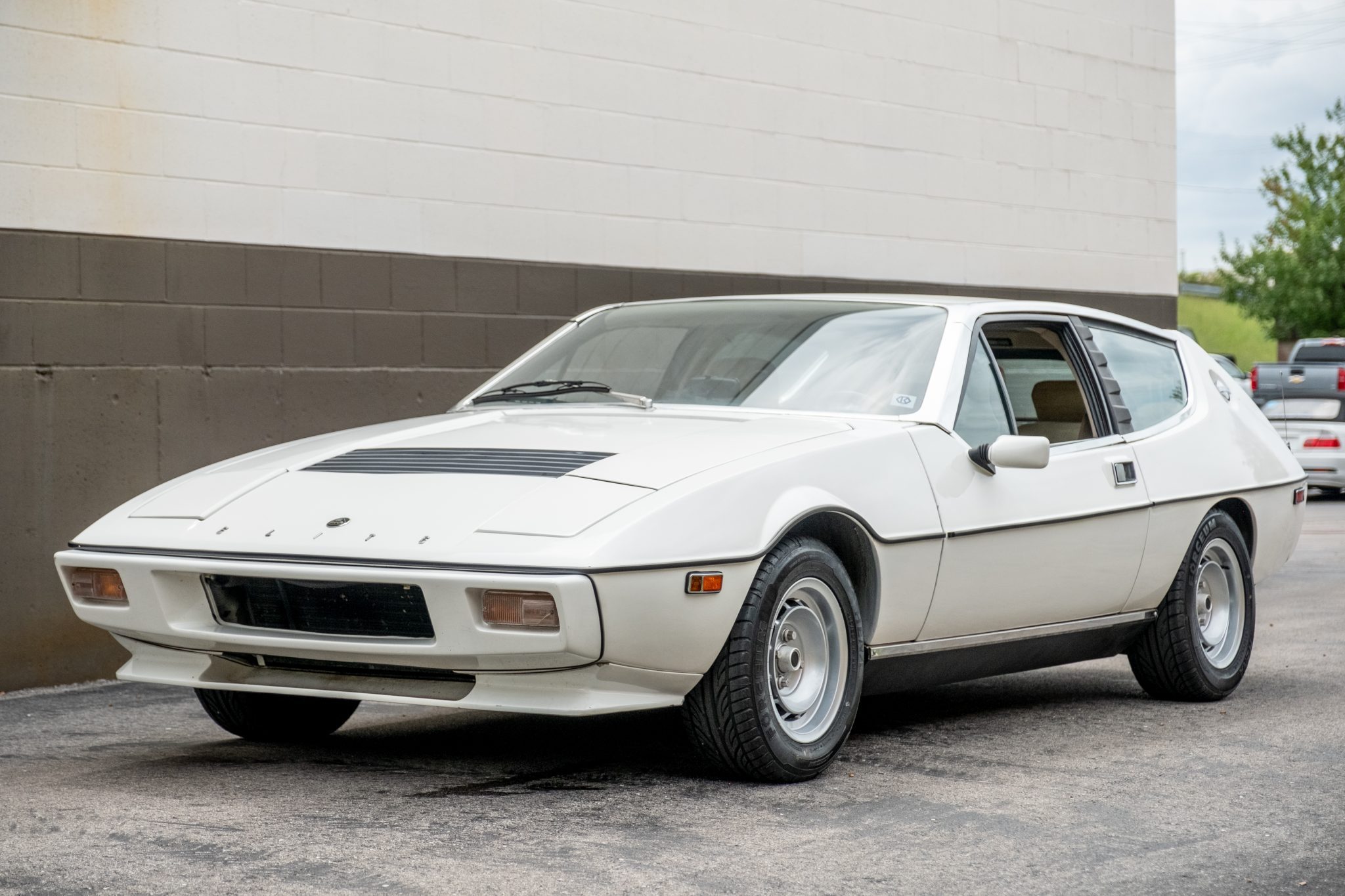 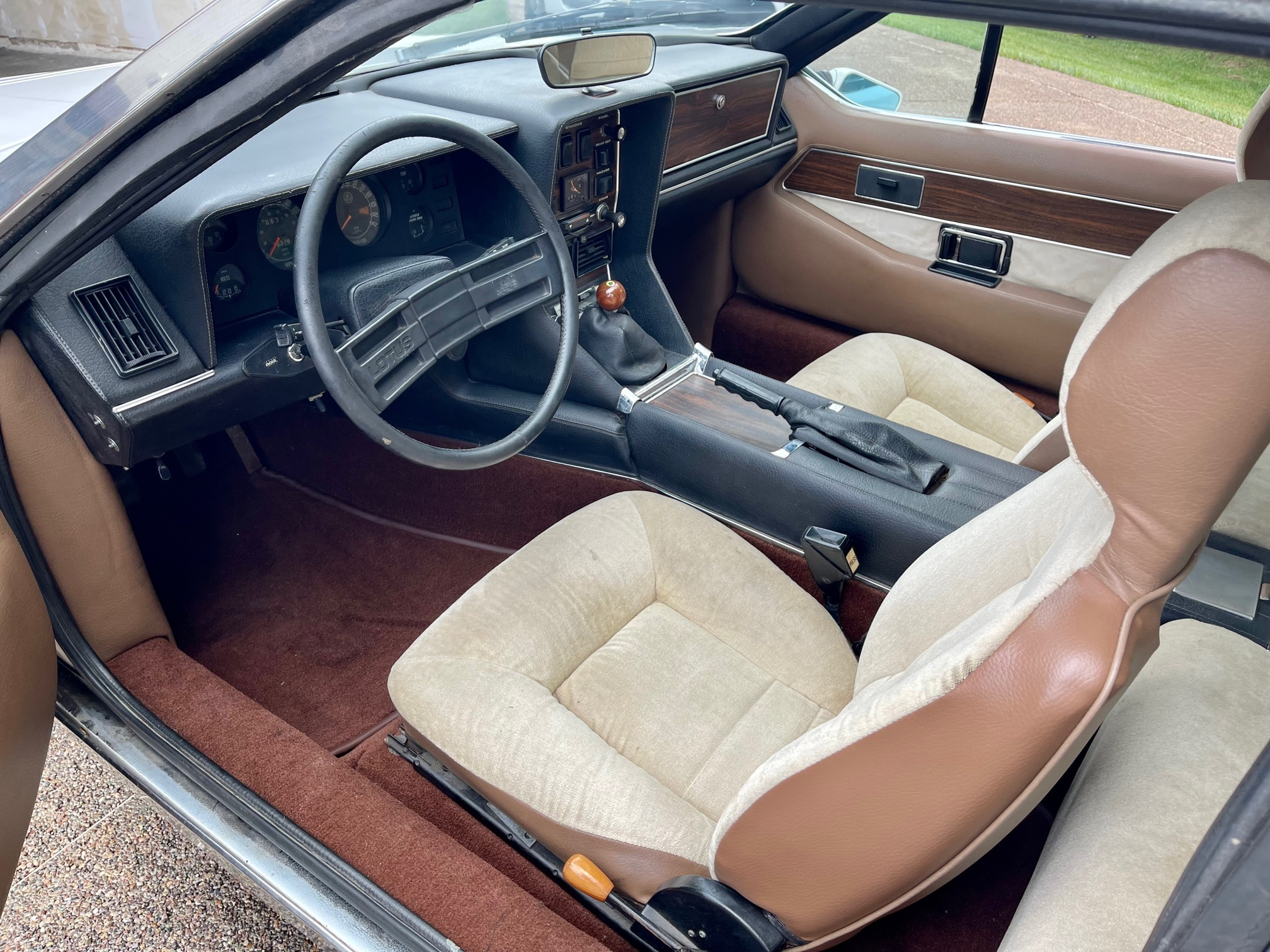 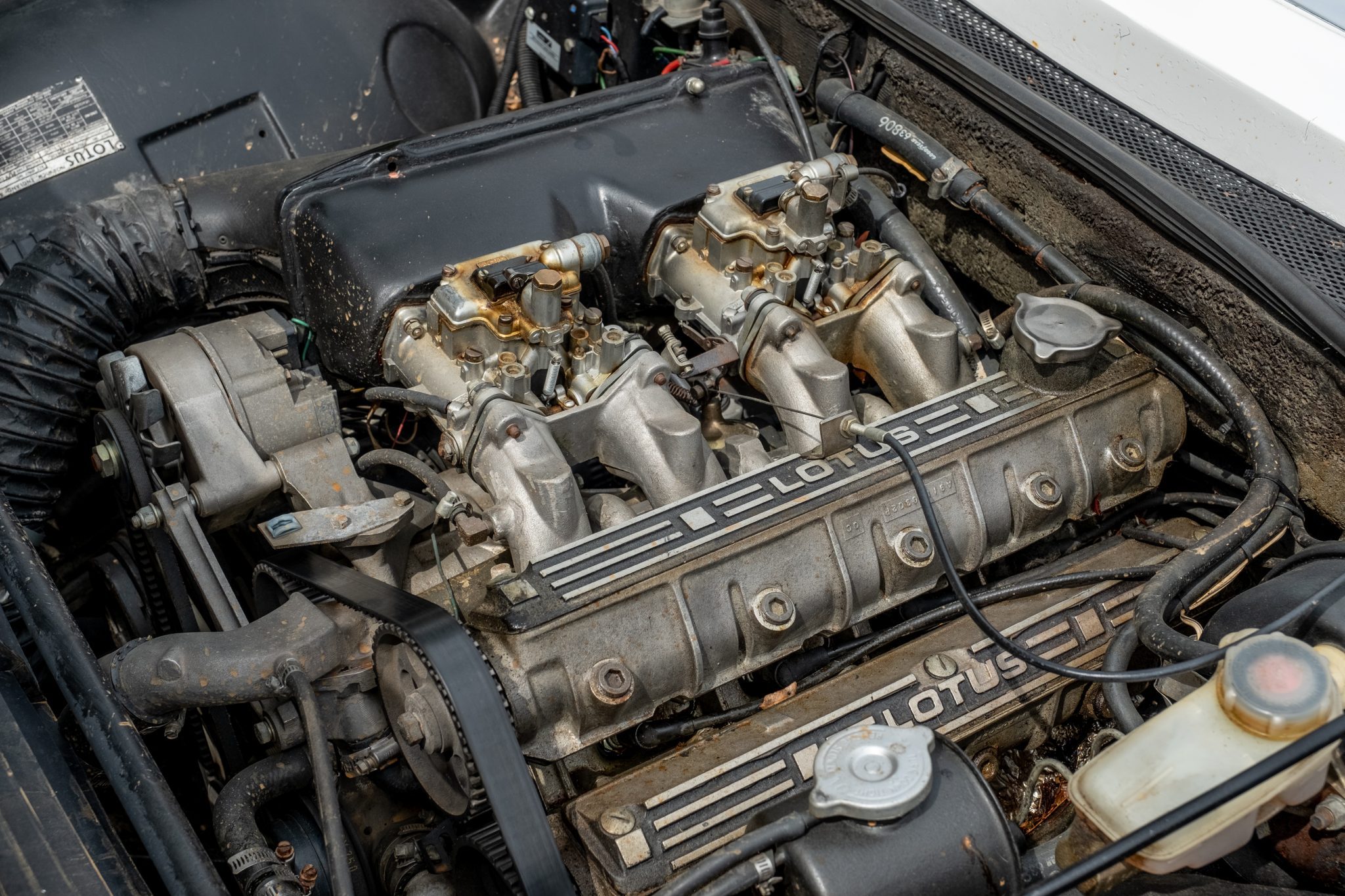 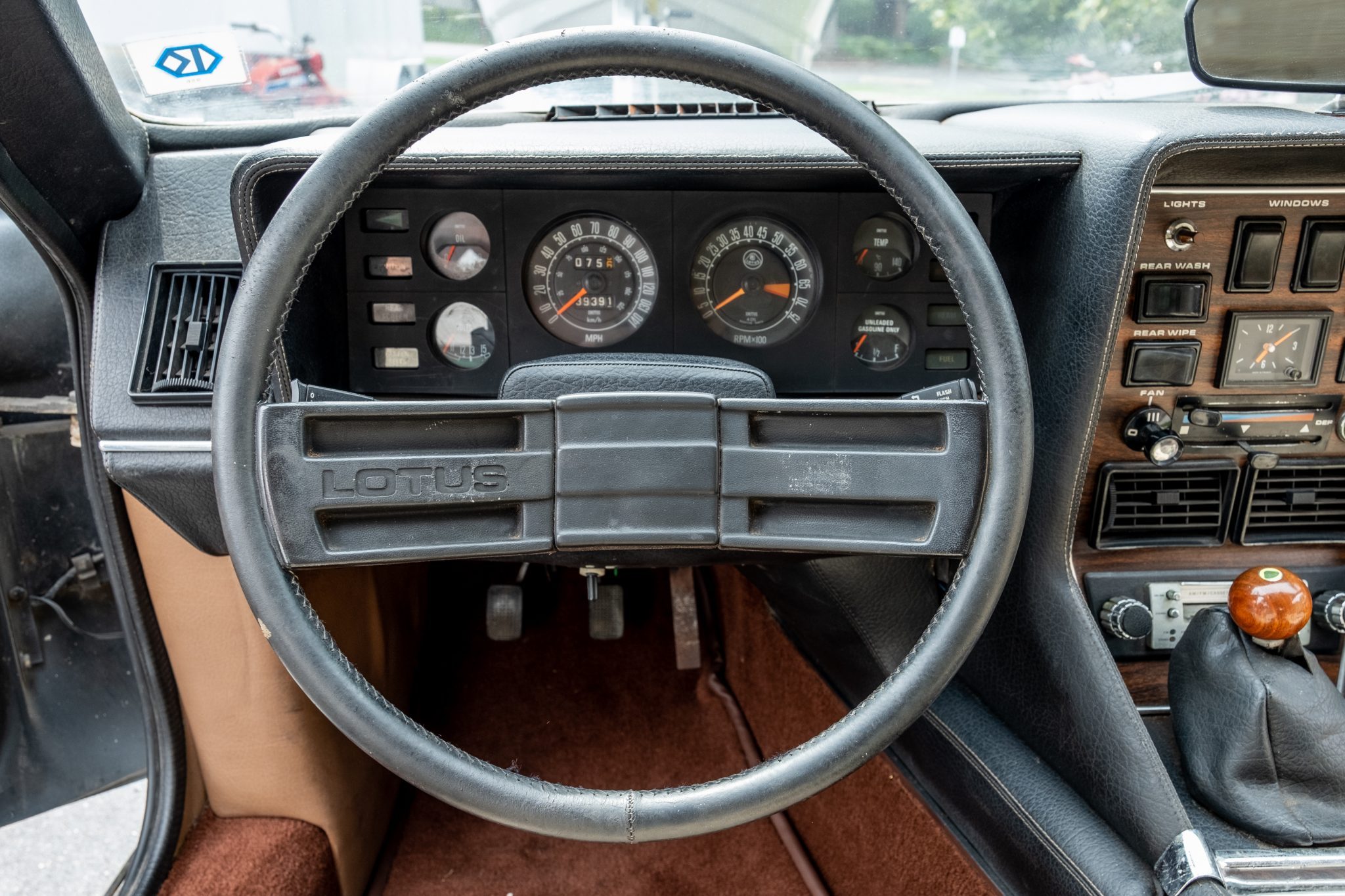 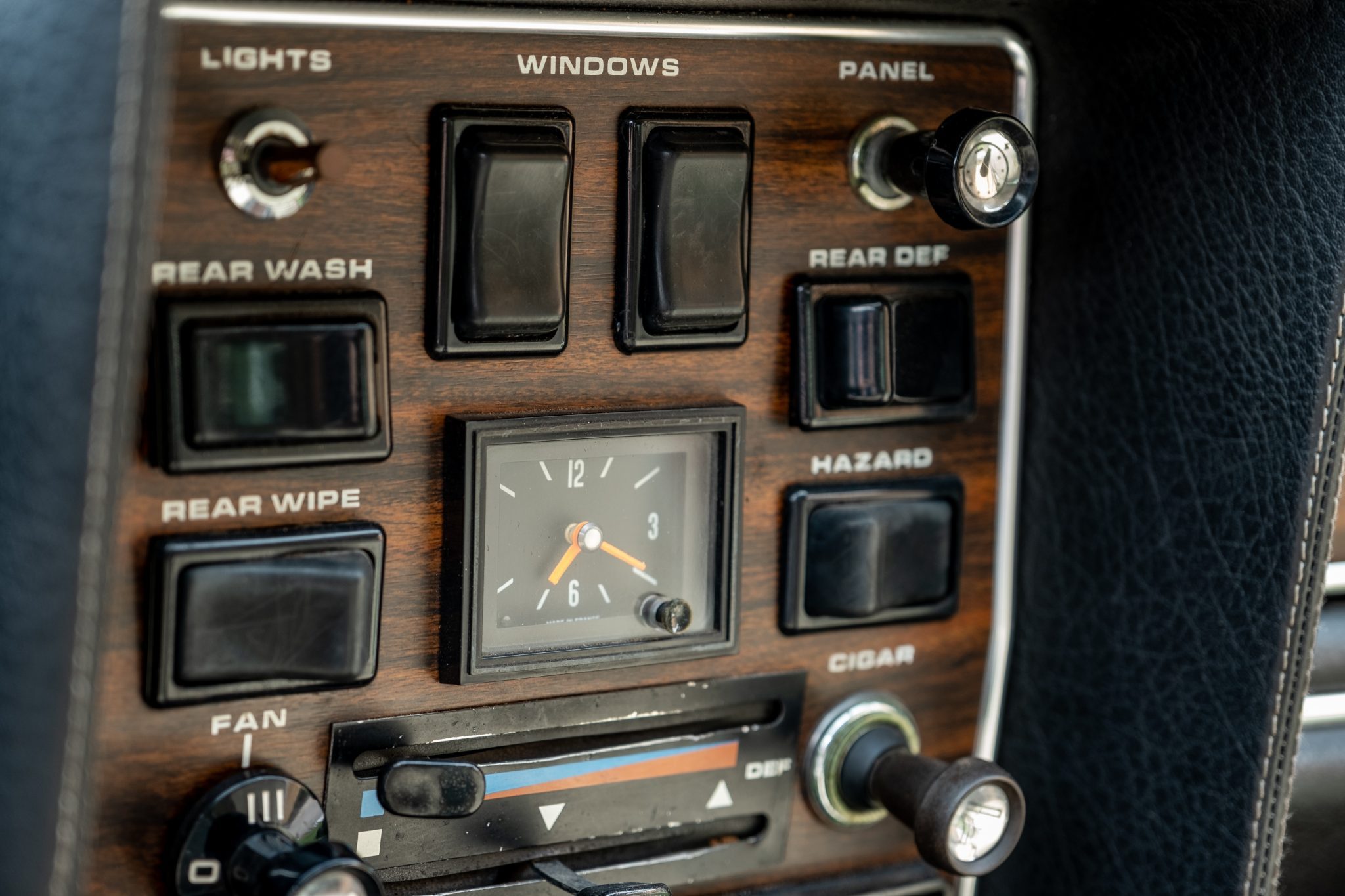 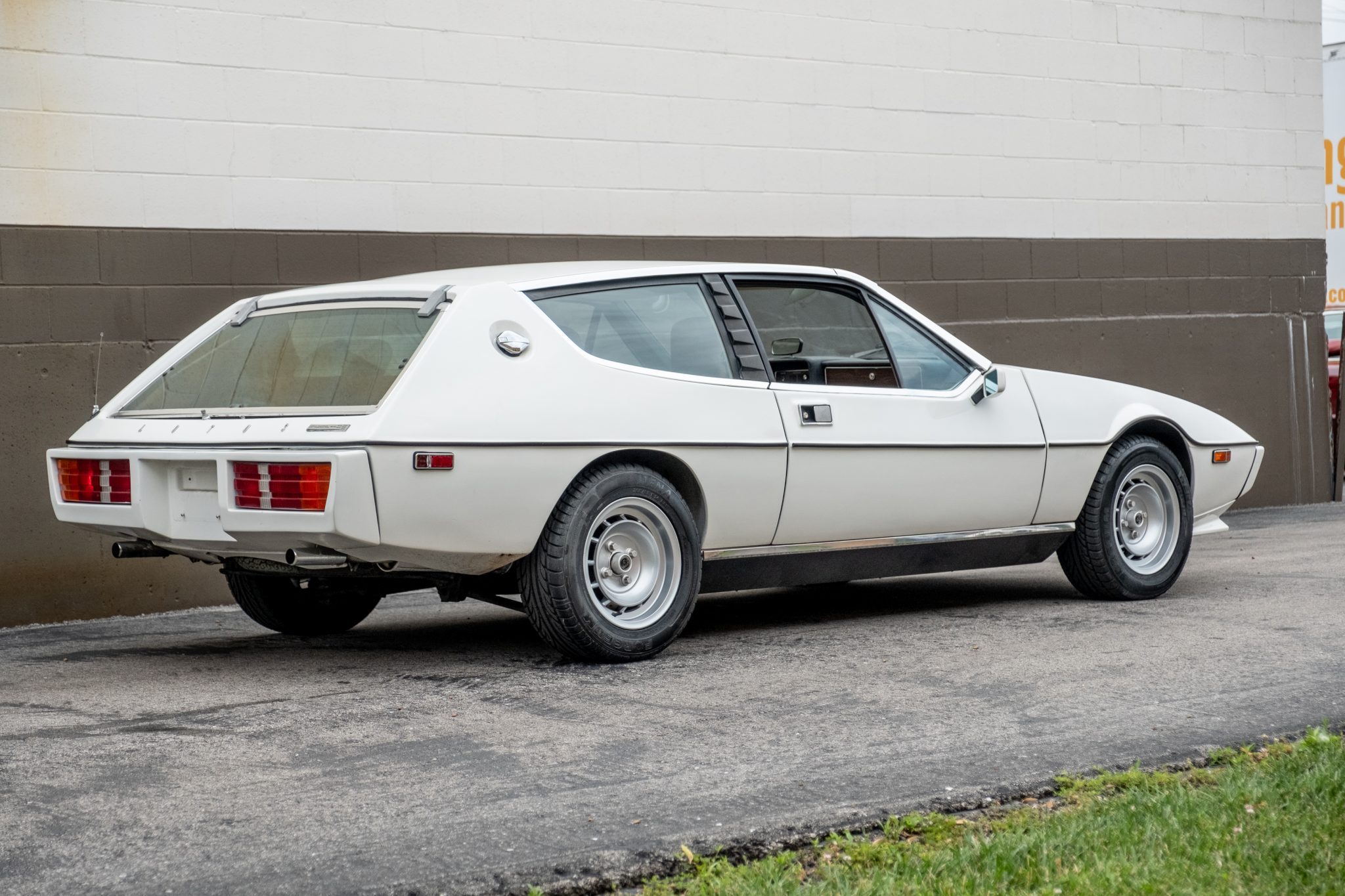