For our last two sales of the week we looked at massive, potentially market-moving prices for modern collector vehicles. This week we’re looking at something completely different, because for every $50,000 Honda Civic on Bring a Trailer and for every sparkling six-figure Bronco at Barrett-Jackson there are countless other, more humble classics selling at more humble (and more realistic) prices. Even in today’s relatively new ecosystem of online collector car auctions, those little bid clocks are counting down to numbers that won’t make headlines, but these are still the sales that keep our hobby moving.

We’re highlighting such a not-so spectacular sale this week, and even though there isn’t anything stag-gering about the price (pardon the pun), the Triumph Stag in question is an interesting and exceedingly rare car that’s worth a look. The Stag is one of many British cars with an ambitious design and all the right ingredients that was instead flawed from the start and fell on its face.

Work first started on a Triumph 2+2 luxury sports tourer in the 1960s. Italian pen-for-hire Giovanni Michelotti, who was responsible for most of Triumph’s greatest hits, gave the car a clean look with a full-width grille that was mirrored at the tail. Both a hardtop and soft top were included, and a T-bar remained behind the seats regardless of which one was fitted. The interior, meanwhile, was a bit more plush and well-equipped than the company’s smaller sports cars but retained Triumph hallmarks like a solid wood dash. One ad called it “a new kind of Triumph” and “Triumph’s first luxury car.”

The first real problems for the Stag came under the hood. The 2.5-liter fuel-injected six from the TR5 was considered and would have been adequate, but Triumph felt that a V-8 would distinguish the Stag from its competition, namely the Mercedes SL. To that end, Triumph could have used the lovely, lightweight Rover V-8 since both Rover and Triumph had been merged into British Leyland by 1968. Instead Triumph forged its own path, essentially mating two of the overhead cam fours it had developed with Saab on a common crank to form a 3.0-liter V-8 with aluminum heads, mated to either a Borg-Warner automatic or a 4-speed manual. To meet emissions standards, fuel injection was dropped in favor of dual Zenith-Stromberg carbs.

The engine looked good on paper and performed well in tests, but in the real world it overheated and warped, and warranty repairs cost Triumph a fortune. Many of the car’s issues were sorted out later, but you know what they say about first impressions. Unfavorable exchange rates also meant that the Stag cost a fortune in the U.S., over twice as much as a V-8 Mustang. Triumph pulled the plug on the Stag in North America after only about 3000 sold Stateside.

The Stag, then, was never a very common sight here and by now many have had their finnicky Triumph V-8s replaced with either a GM V-6 or, ironically, a Rover V-8. That’s why this car on Hemmings’ online auction site caught our eye. That it’s still on the road at all is noteworthy, but it also retains its original engine, has the rare 4-speed overdrive manual, and other than a Holley carb is all stock. Mind you, it certainly isn’t perfect. Although most of the usual rust spots (sills, trunk, floor, lower doors, wheel arches) are solid, there is some bubbling beneath the windscreen gasket and ample surface rust underneath the car. It has “sorted electrics” and the interior is in good shape, but the paint is tired and the soft top has a rip in it. Those whitewall tires also just look wrong, “like galoshes on Marilyn Monroe,” as one commenter put it.

In short, it’s a car you could casually enjoy as-is on the weekends but is also a solid candidate for a more thorough restoration. And it sold for a perfectly reasonable price that leaves the new owner room to go down either path. No crazy money here, just a cheap and interesting collector car, and we like to see it. 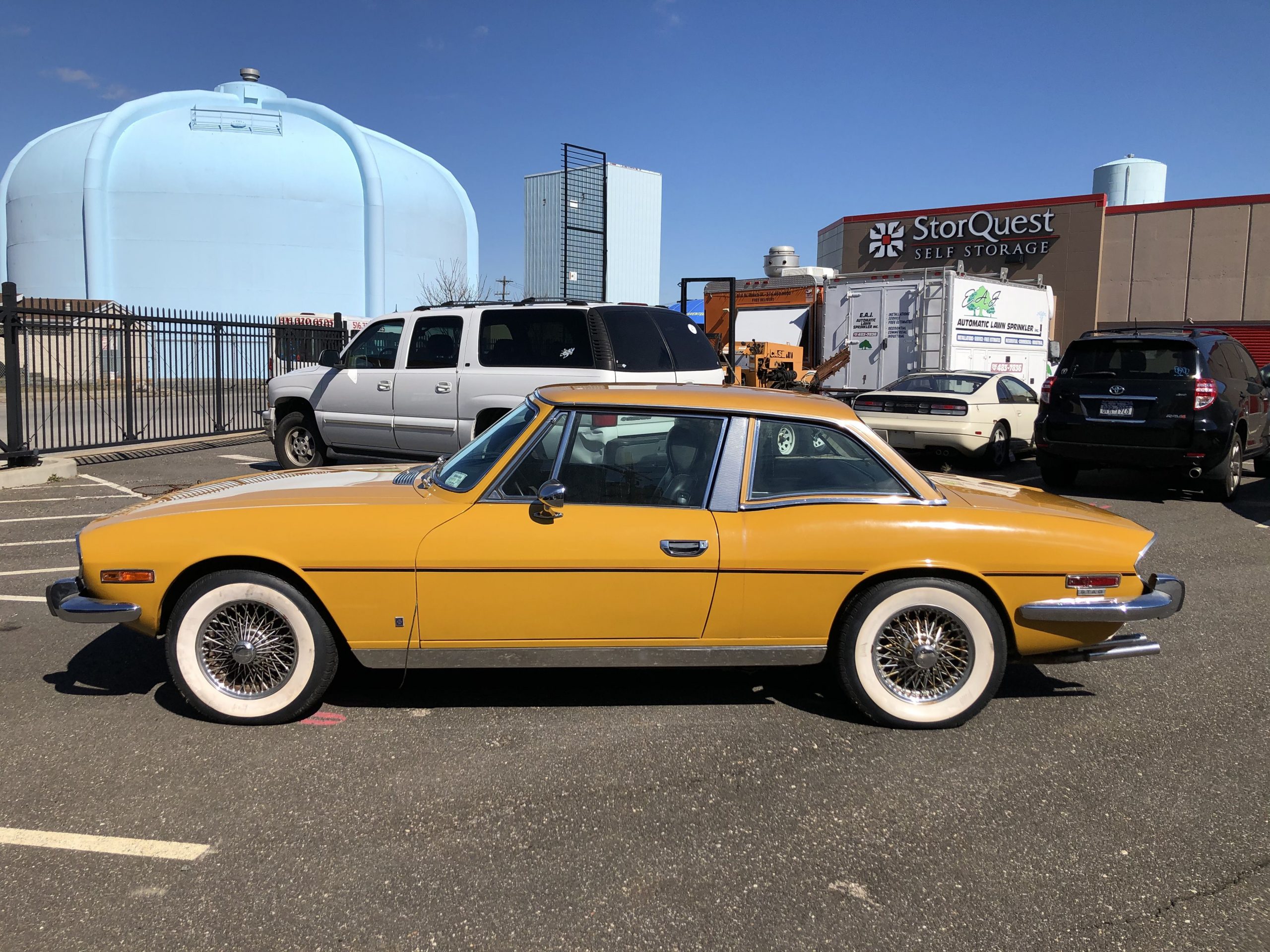 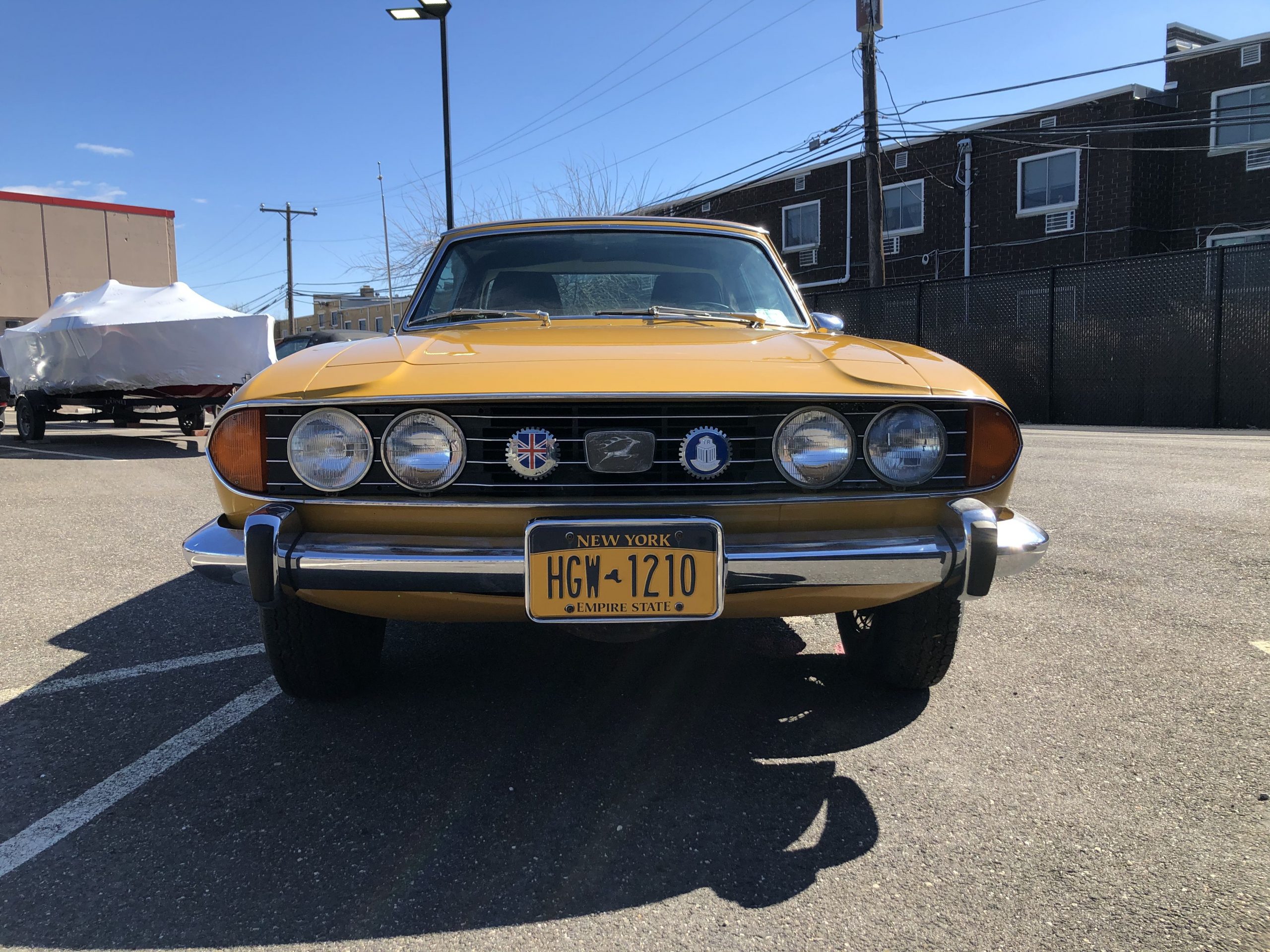 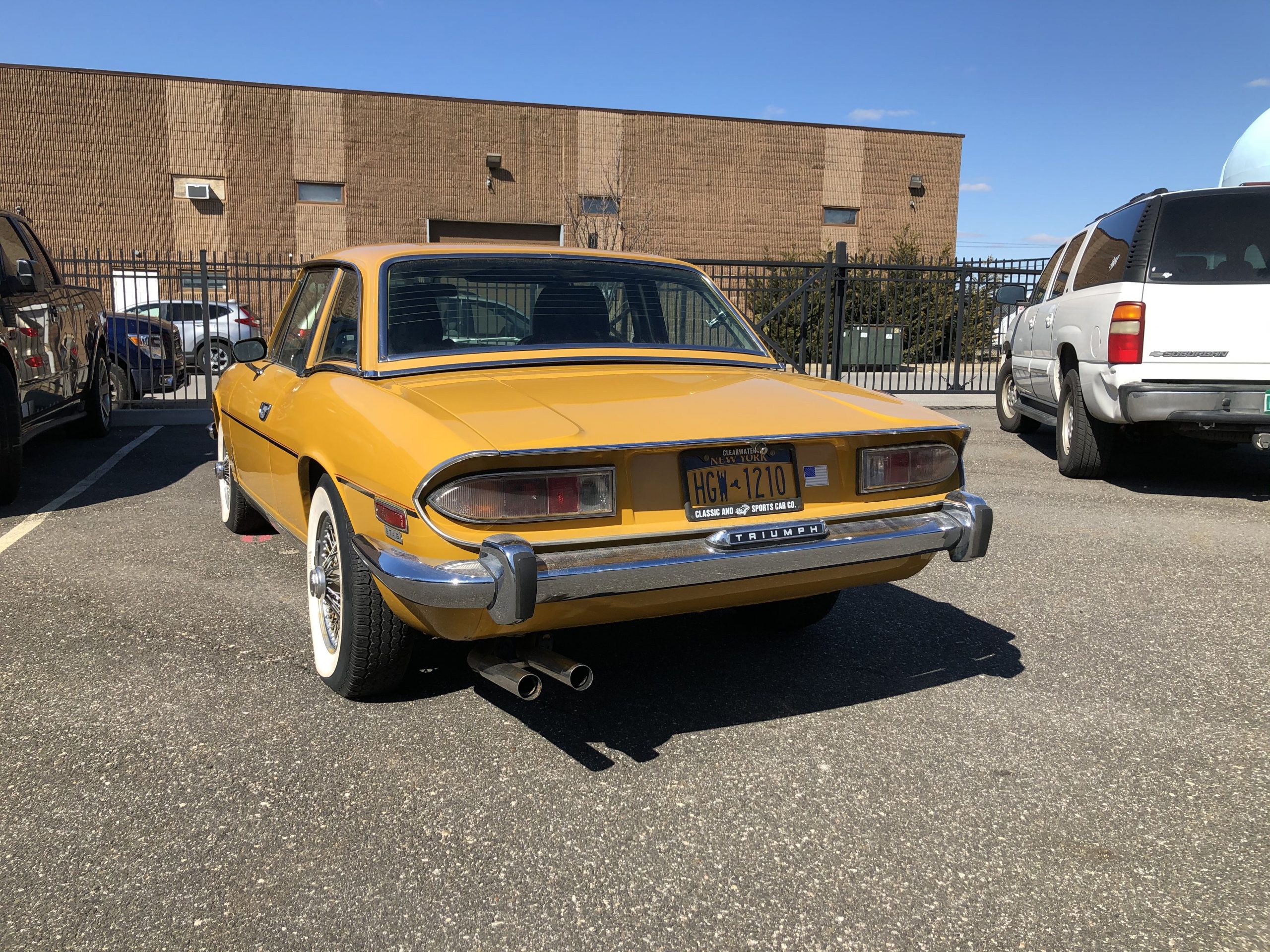 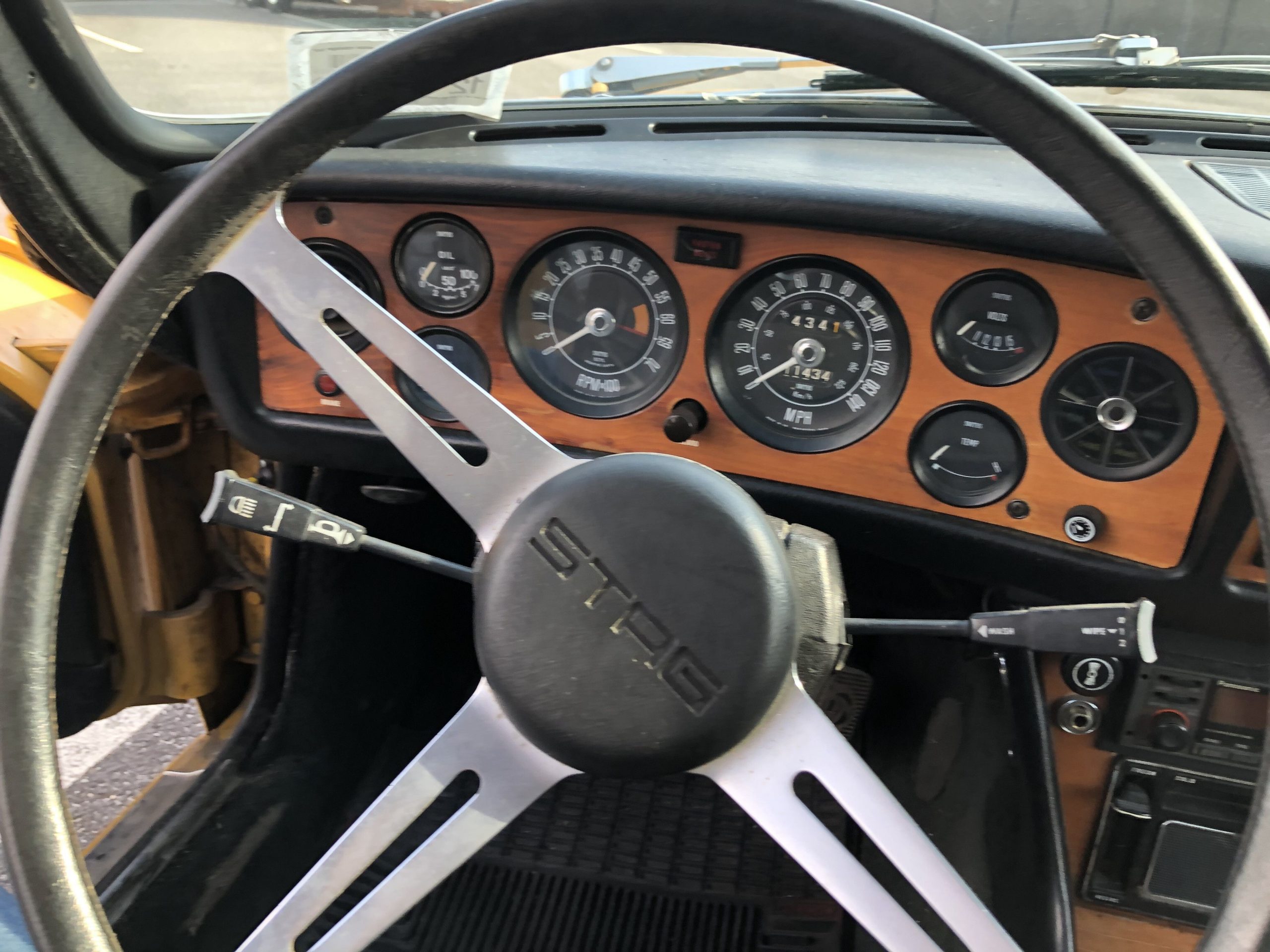 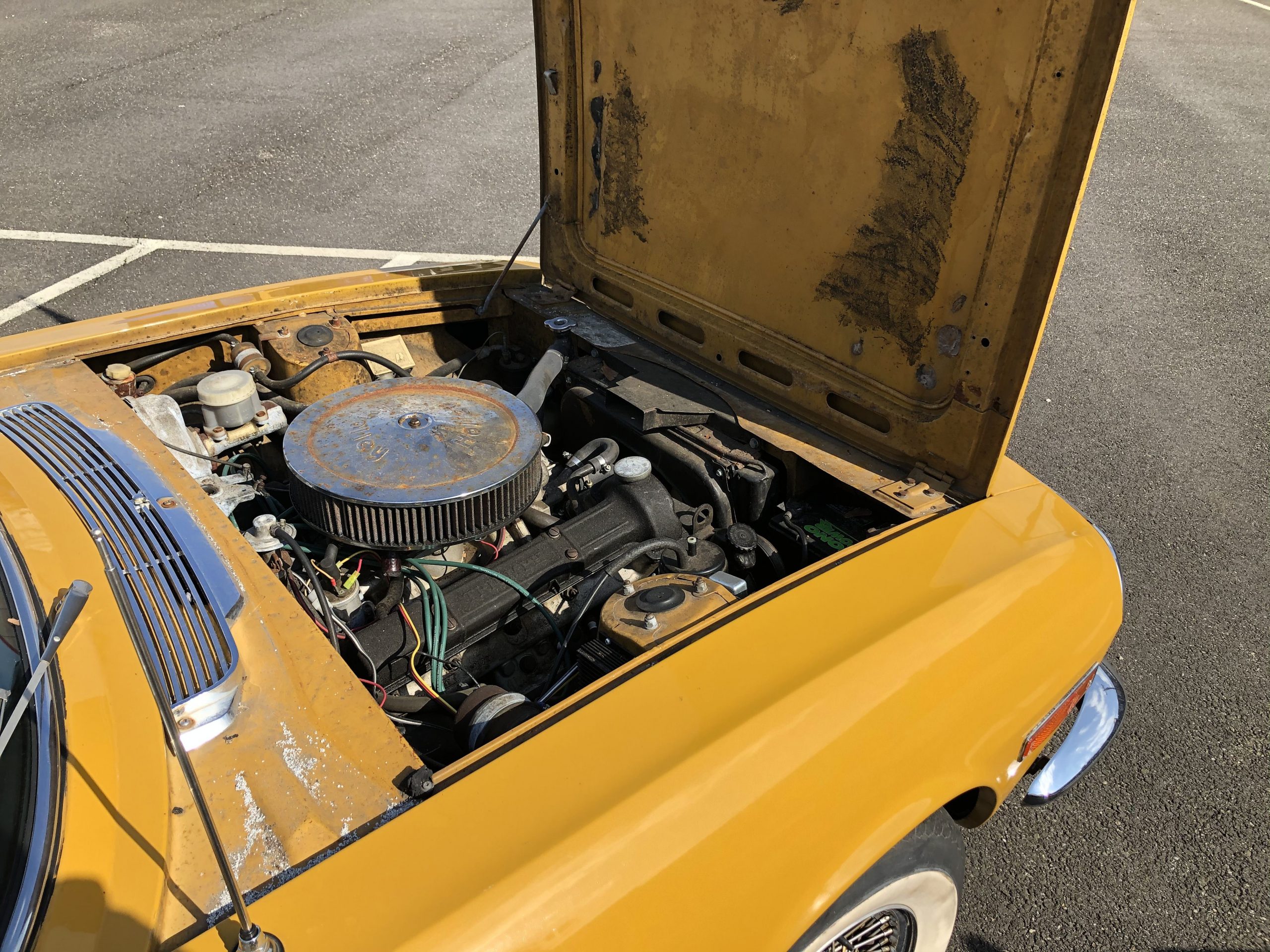 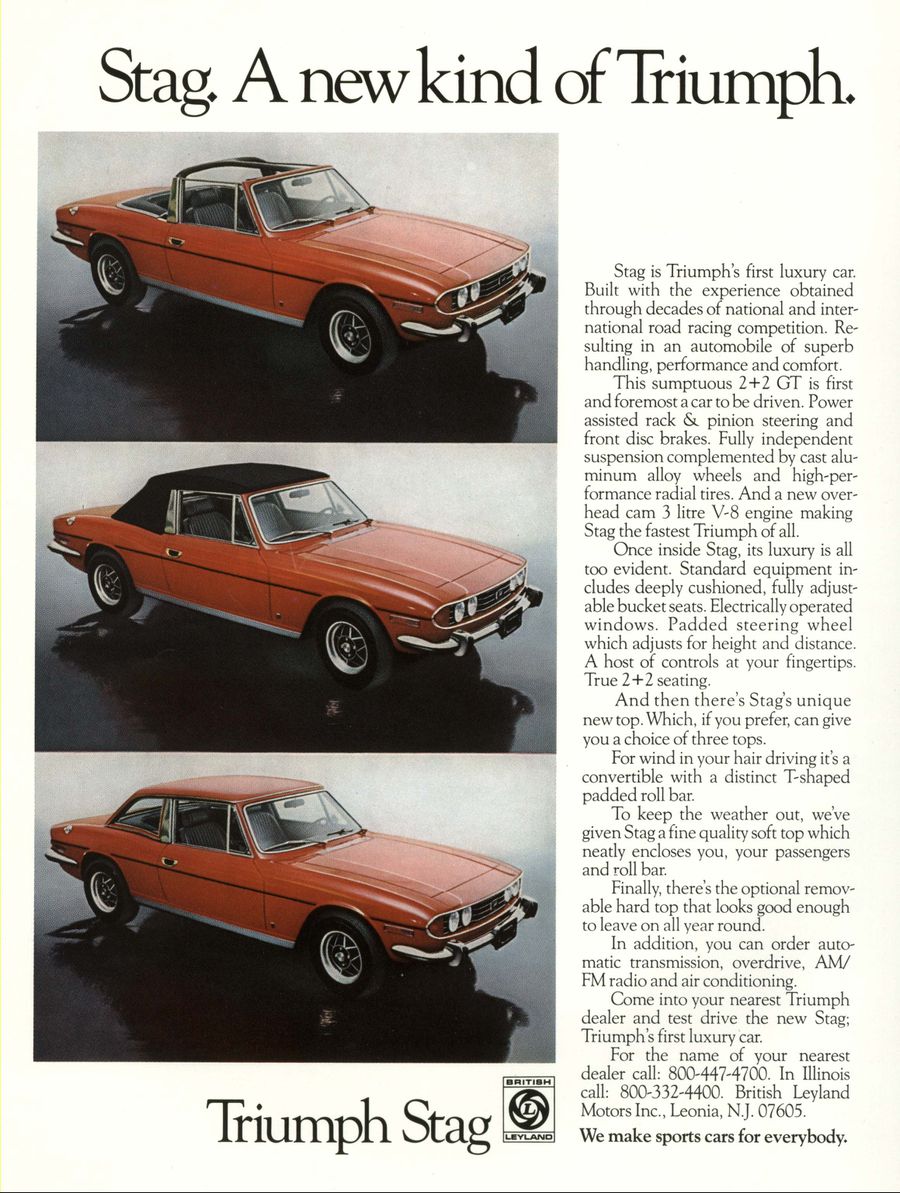