There’s a short-lived sitcom called Woops! in which the main character lives through a nuclear holocaust and has to settle into a post-apocalypse existence. “How did you survive the missiles?” someone asks. His reply: “I was in a Volvo.” That show ran back in 1992, when Volvo was still pumping 240s out of its plant in Torslanda, Sweden, so even 30 years ago it was common knowledge that these were bulletproof cars built to last.

And since Volvo built well over 2 million 200-series cars, many are still on the road doing grocery store duty. They’ve never been rare. They’ve generally been affordable, too, with prices rarely straying far from the $5000 mark. But today even the newest 200-series Volvos qualify for historic plates and really nice ones are getting harder to find. Is it time to start viewing them as collector cars, or at least as classics? With an exceptionally clean one sold this week for an astounding $36,750 on Bring a Trailer and buyer interest on the rise (particularly among the market’s youngest buyers), maybe it is. But not for the usual reasons a car becomes collectible.

Although it may not have starred in many chase scenes or featured on many bedroom posters, the 240 made Volvo’s reputation for durability with cheeky advertisements and a product that both ran like a top and was one of the safest thing on four wheels. Designer Jan Wilgaard’s famous “brick” shape is bland and functional but also instantly recognizable—even a bit beautiful in that minimalist, Scandinavian kind of way. While not a sexy car, it’s reliable, a bit eccentric, and completely unpretentious. All part of the charm.

Back before crossovers ruled the roads, Volvos (especially wagons) were also a family-car favorite. Plenty of car guys of a certain age (author included) fondly remember the soccer practice runs in the back of a five-door 240. And as we all know, nostalgia is a powerful force when it comes to old cars.

Which brings us to our Sale of The Week. The beige-over-brown brick that had us spitting out our coffee this week is a 240 DL from 1987, fairly late in the 200-series’ 1974 to 1993 production run. It’s equipped with a four-speed automatic (a five-speed manual was available and typically commands a premium), and under the hood is the understressed and unburstable lump that is Volvo’s B230 four-cylinder. Nothing too crazy about the specs, then. What makes this car special is the condition.

Sold new in Oregon, it shows just 60,458 miles, which are represented as actual. While a Ferrari owner might start to sweat at such an odometer reading, 60K on this car is unicorn-level low. You can still advertise a 240 with under 200K as “low miles,” and even a 240 with 100,000 miles is “barely broken in.” Volvo owners just love to make that joke.

Just as impressive as the mileage is the car’s clean original paint, complemented by an equally clean engine bay and undercarriage. It has some minor nicks and scuffs, but show me a 60,000-mile car that doesn’t. Then there’s the interior. The heated seats still work, as does the factory radio, and the plastic trim is almost all excellent. Cracked dashboard tops are almost universal on Volvos of this era, but there’s not a fissure to be found on this one. The selling dealer, who found the car earlier this year, also recently did the timing belt, some brake work, and a taillight wiring harness. The tires have 2021 date codes, and are wrapped around the original hub caps.

Since bidding quickly shot up to 20 grand with several days to go, we knew this was going to be a pricey car right away. But at $36,750, this Volvo is the most expensive 240 we’ve seen. It sold for about twice its condition #1 (Concours, or best-in-the-world) value in the Hagerty Price Guide and nearly two-and-a-half times its original MSRP (not adjusted for inflation). When we chatted with the seller (who uses proceeds from his sales to fund clean and sober housing, by the way), he wasn’t surprised that it blew past 30 grand, and credited both the low miles and the famous Bring a Trailer premium for this result. No stranger to clean Volvos, he has also sold a five-speed 240 sedan for $16,275 and a four-speed 242 Turbo for $17,850 on the same online platform.

Yes, $36,750 is a ton of money, and gone are the days when any boxy Volvo was cheap, four-figure wheels. But one sale doesn’t make the market. Scruffier 240s are still all over Craigslist and Facebook Marketplace with four-figure asking prices, and even with all the craziness in the car market over the course of 2021, and average insurance quote value for a Volvo 240 in Hagerty’s insurance data was still just $5000. Relax, religiously frugal Volvo lovers: $30,000 wagons are not the new normal. 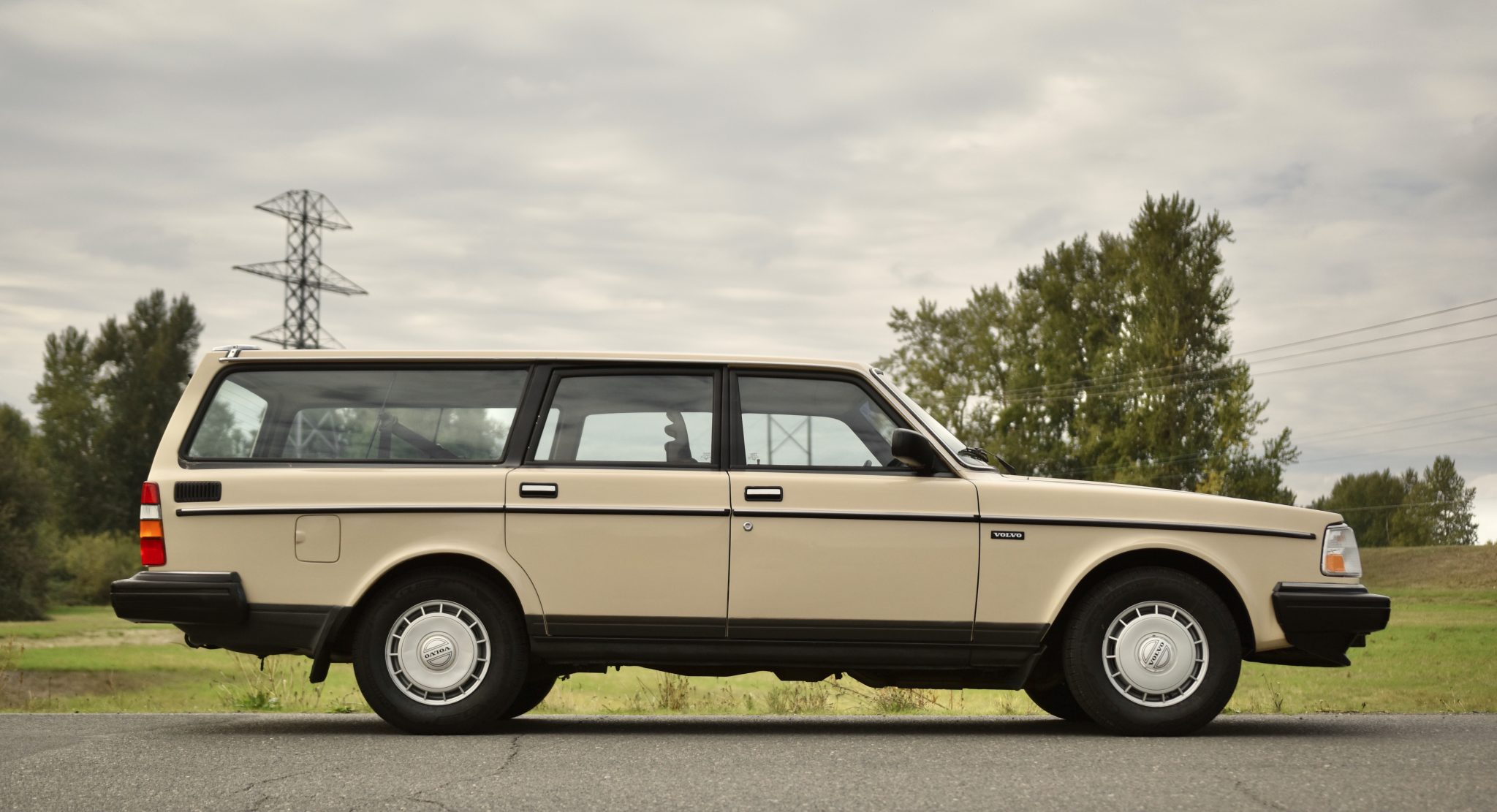 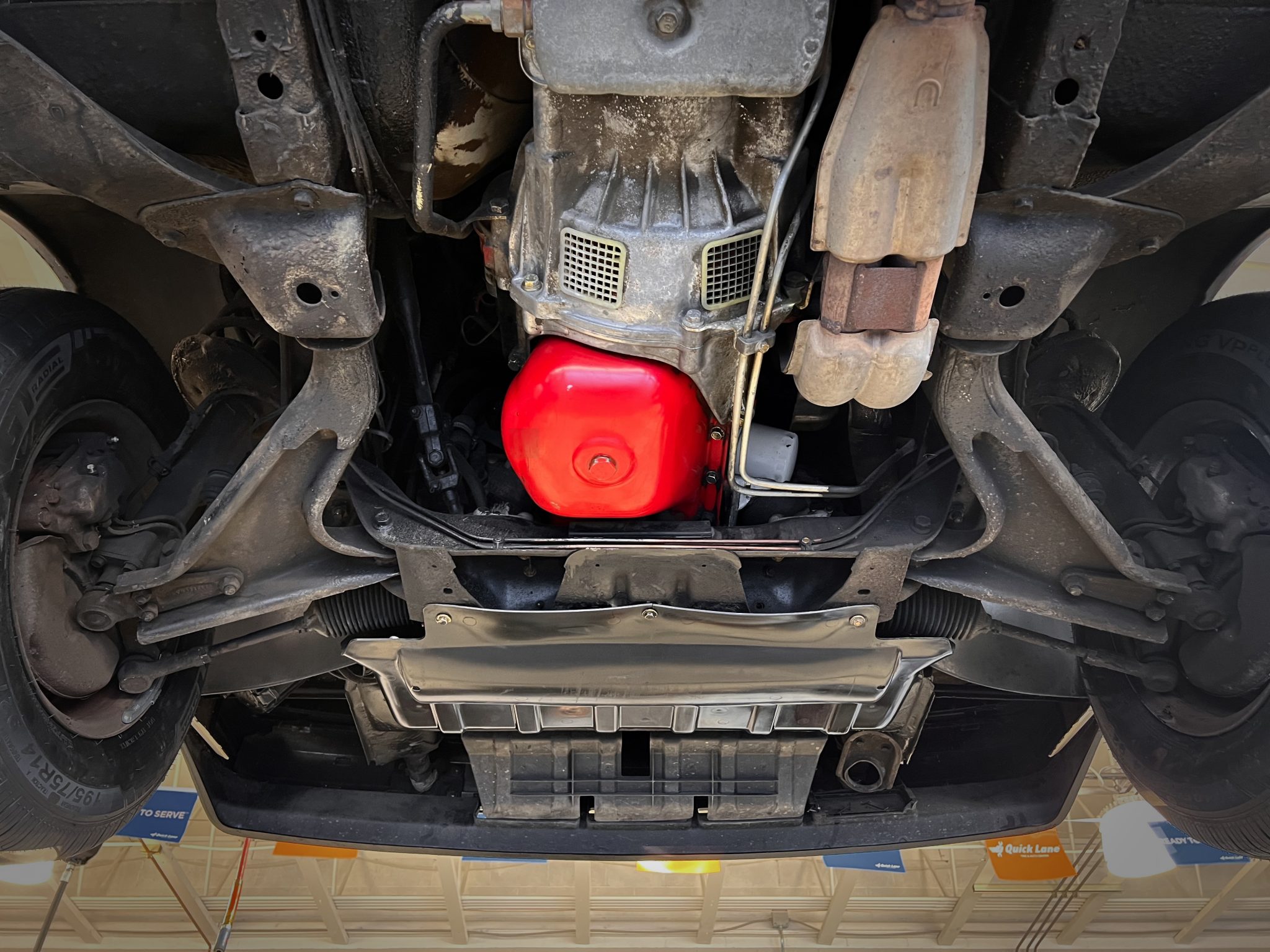 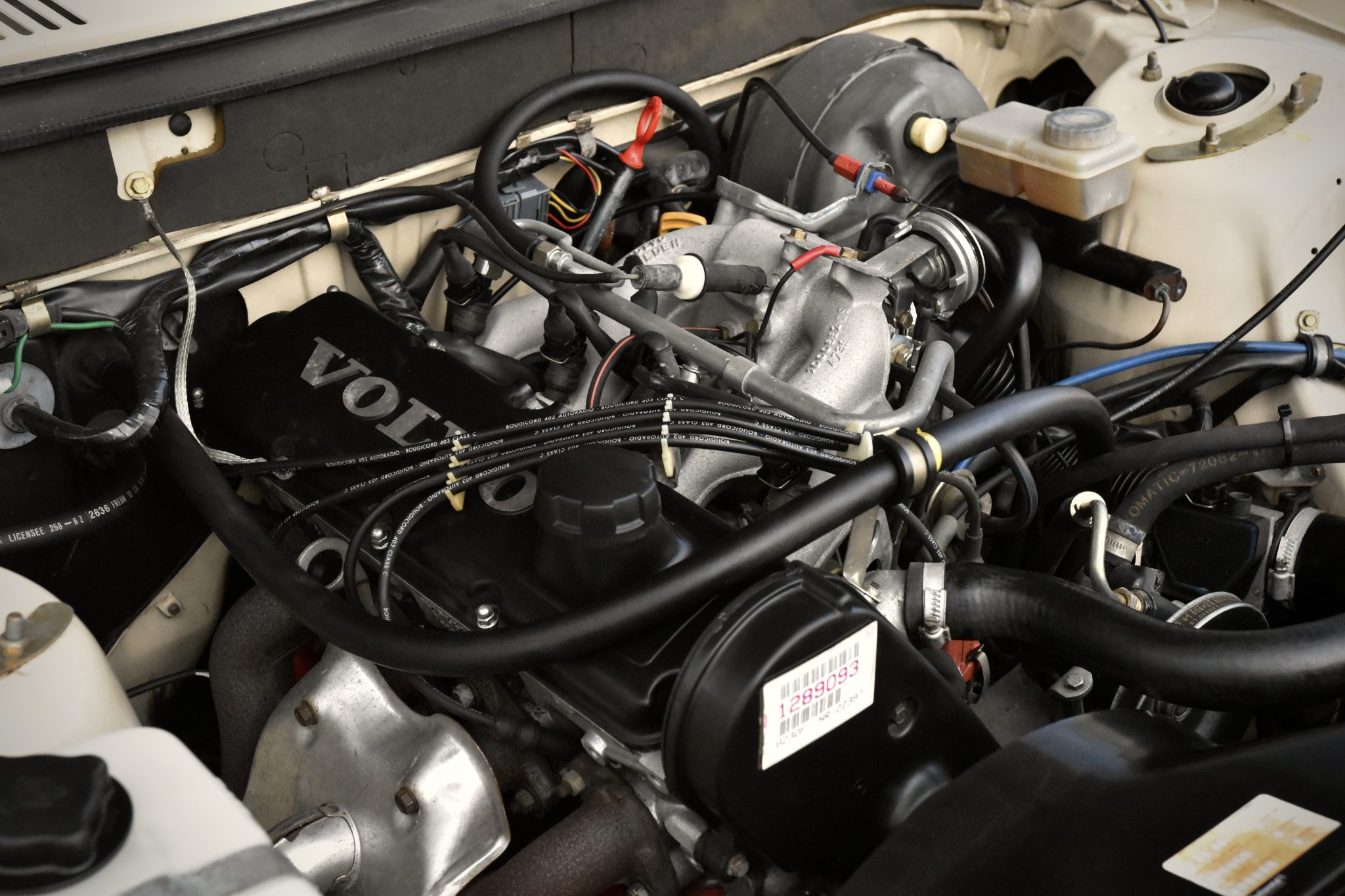 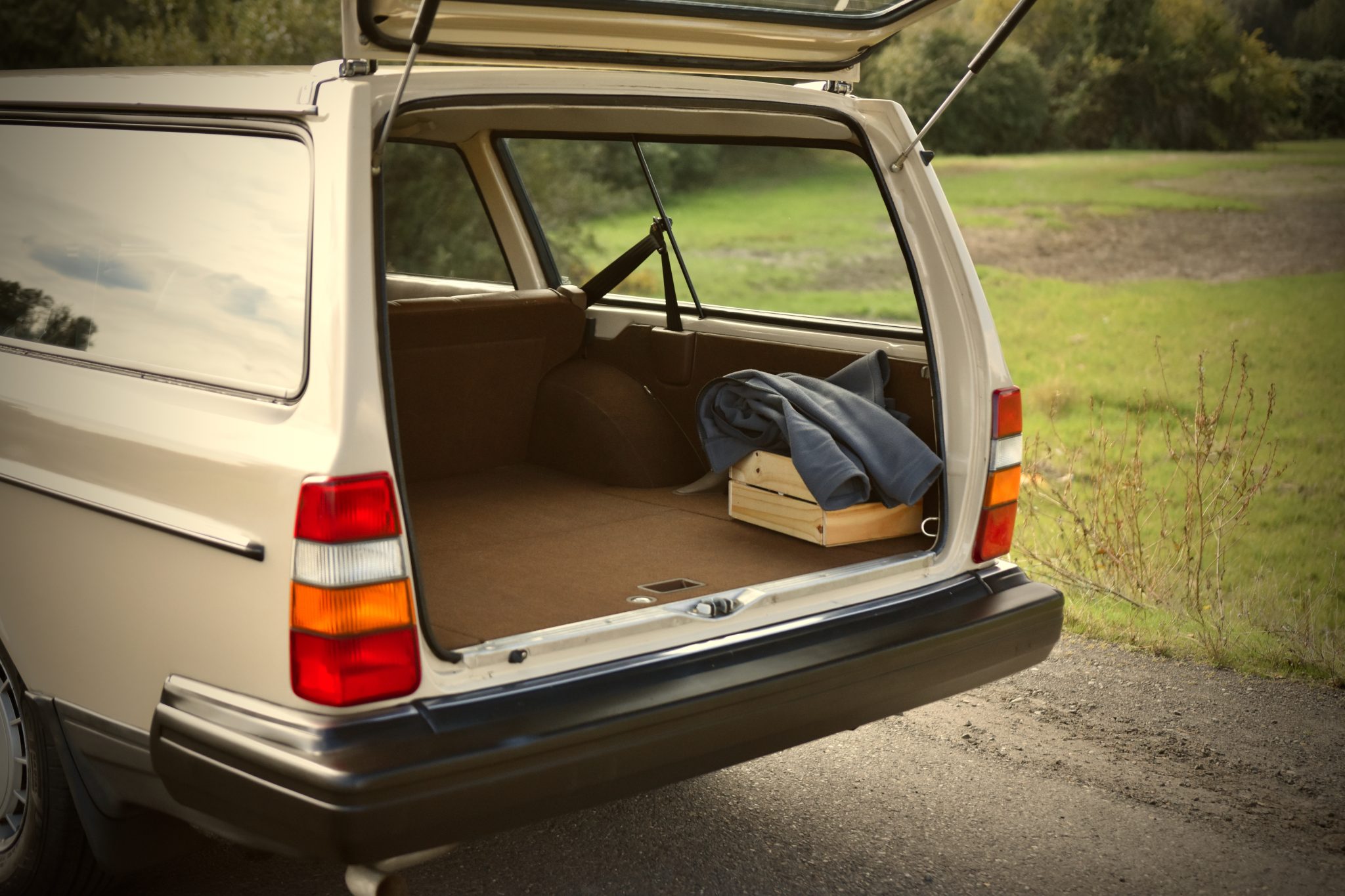 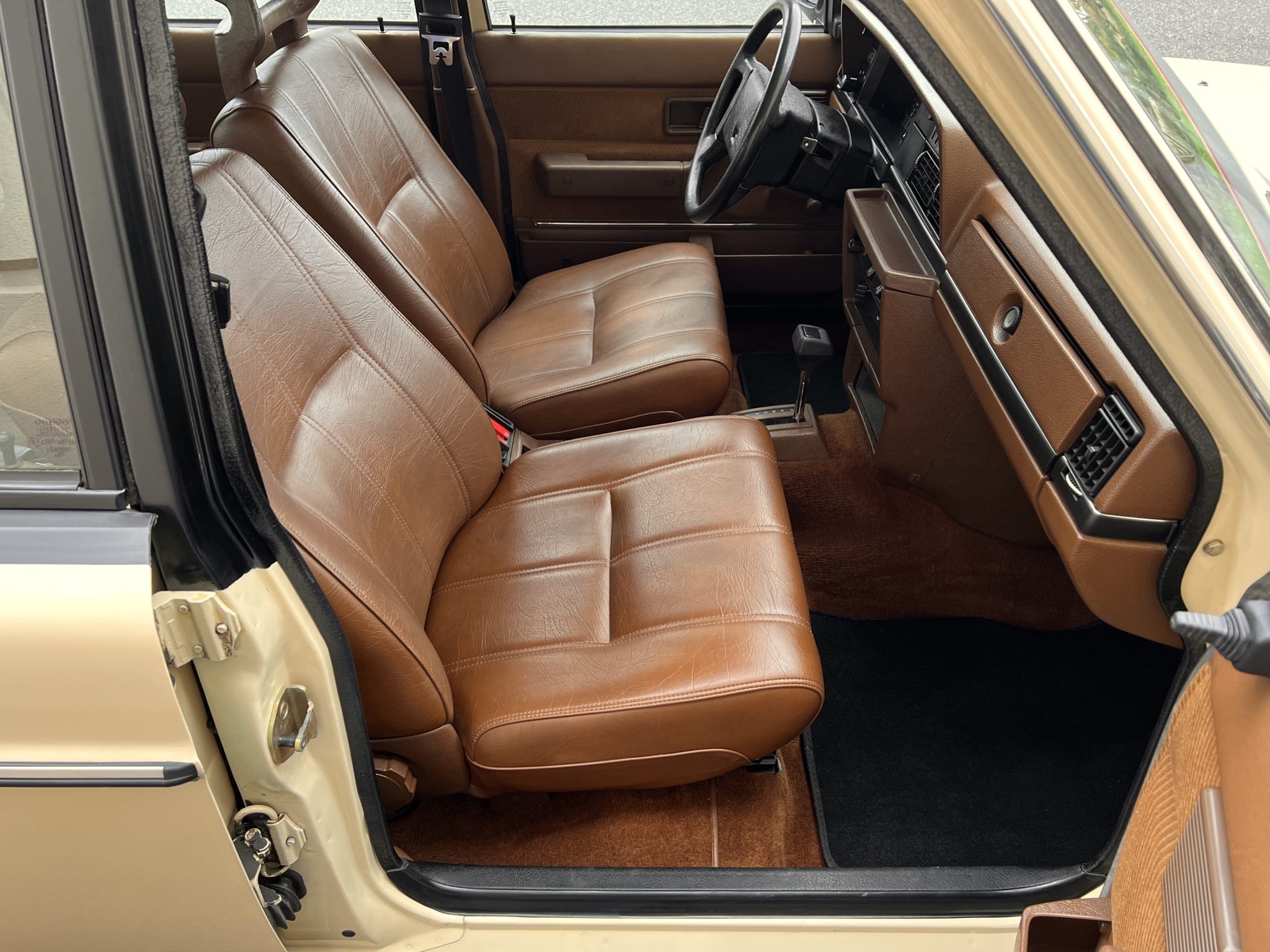 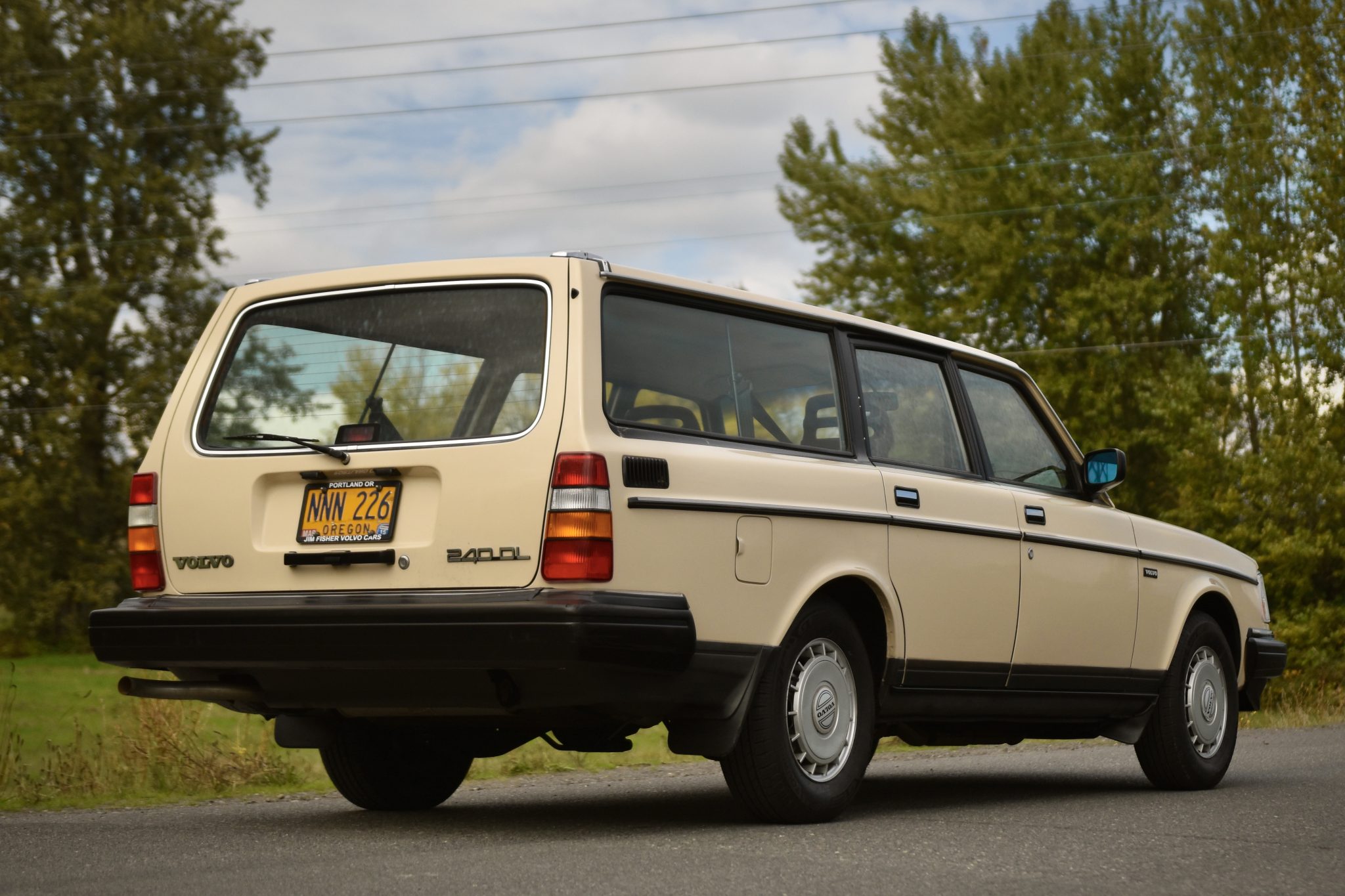