We don’t pretend to have a crystal ball at Hagerty Insider. At this time last year, for instance, none of us would have forecast that land war would break out in Europe and dramatically impact energy costs and supply chains. That said, we do have a lot of data, as well as analysts who spend all day, every day, following the gyrations of the collector car market. That in mind, we put them on the spot and asked them to proffer predictions for 2023. And in case you think we’ll let any of our team forget these come December, check out how we scored last year’s predictions.

With Michael Mann’s Ferrari movie coming out in 2023, the marque’s return to Le Mans as a factory team, and a 250 LM consigned to the Rétromobile auctions in February, it could be a big year for Ferraris at auction. —John Wiley, manager of valuation analytics

2. Classic car imports from Europe (and particularly the United Kingdom) will continue to surge.

Even though the British pound has recovered somewhat from a summer downturn that saw it briefly drop to near parity with the dollar, the economy in the UK remains in the doldrums. With the war in Ukraine grinding on and continuing to drive up energy costs, it might be unfashionable (to put it mildly) for enthusiasts on the Continent to add to their collections. American collectors may well fill the vacuum, as they did at many of the late summer and fall auctions in the UK. –Adam Wilcox, information analyst

3. The average value of a collector motorcycle will surpass $10k USD for the first time ever.

Appreciation in the Hagerty Motorcycle Price Guide accelerated in 2022, with the average dollar value of a #3 motorcycle increasing four times more than during the previous year. As motorcycles enter further into the mainstream collector hobby and even make inroads in the the art world, expect this appreciation to continue. –James Hewitt, senior information analyst and editor of the Hagerty Motorcycle Price Guide

During the pandemic, prices for mainstream collector cars increased dramatically. Inflation and economic pressures slowed that growth in 2022. Reserves for mainstream vehicles became less common in 2022, which suggests weakening demand. Expect that to carry into 2023 as the Federal Reserve effort to tamp down inflation continues to cool consumer activity. In contrast, top-tier classics tend to behave differently. Their appreciation sped up later in 2022, and likely will continue to perform well in 2023. –John Wiley

For those who don't know, the ABC Kei cars are a trio of sporty pint-sized cars built for the Japanese domestic market—the Autozam AZ-1, Honda Beat, and Suzuki Cappuccino (the latter is a member of the 2023 Hagerty Bull Market List). The current record for a member of the trio is a 1993 Autozam AZ-1 that sold for $35,530 in September 2021. Buzz around these cars has continued to grow, and if a clean example of the rare Mazdaspeed or M2 1015 versions come to auction, it could surpass $50,000. –Adam Wilcox

6. No NFTs will sell at a collector car auction

Crypto isn't disappearing entirely from the collector car hobby, but given the drama and dropping values in the world of digital currencies, expect the experiments selling non-fungible tokens to end for now. –Adam Wilcox

Last year I incorrectly predicted that that online auction sales would double sales in 2022; they saw "only" a 45 percent increase. With the bidding frenzy of last summer seemingly past us, I expect that growth to slow even more, to less than a third. Mind you, that would still be $2 billion for the year—more than 10 times the online total just five years ago.—John Wiley 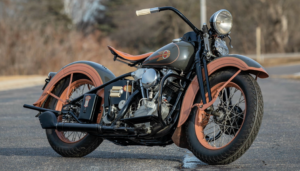 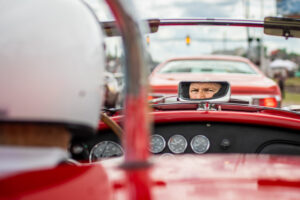 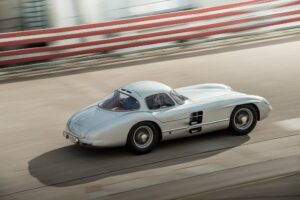