Porsche's IPO has nothing (and everything) to do with car enthusiasts

Reading about Porsche’s recently announced intention to go public, first hinted at earlier this year, my mind turned to glue. That’s not some metaphorical allusion to my inability to understand it all, although I’ll admit the minutiae of how Porsche’s corporate governance would work is a bit complex (things get even more confusing when one remembers that while Porsche the automaker is owned by Volkswagen Group, a Porsche-controlled holding company—Porsche SE—actually owns a significant share of Volkswagen Group).

Rather, I’m talking about actual glue, specifically the stuff I’ve used to MacGyver my 1993 Miata’s rear window into place for the better part of a decade. I noticed recently that the fix is failing (again), leading me to contemplate whether to go whole hog and replace the top to avoid getting drenched in a downpour (again). In the past, the personal-finance math hasn’t worked: I paid about $3000 for the car, and a decent aftermarket top goes for around $600, assuming I’m willing to become proficient with a rivet gun and sealant and perform the work myself. Twenty percent of the car’s value for a non-essential (to me) repair never made sense.

Until now. My Miata has quietly outperformed my 401k in recent years and, per the Hagerty Price Guide, is worth somewhere close to $5k in its present condition (fair or “#4” in valuation parlance). A watertight top would, in my estimation, elevate the car to condition #3 (Good)—worth more than $9k per the latest guide. Suddenly a new top seems not just justifiable but downright prudent.

These calculations are not all that different from what’s driving Porsche’s sale. As VW, like every automaker, contemplates the cost of transitioning to electric propulsion, someone in Wolfsburg seems to have noticed that the sports car producer it bailed out in 2009 might now be worth some $75 billion (for context, Ford’s current market cap is less than $60 billion, while Telsa sits close to a cool trillion). Given this state of valuation, why not consider a public offering to leverage Porsche’s upward trend?

You might be the sort who reads this and thinks the “money talk” is ruining car enthusiasm. If a new top for the Miata will allow me to drive the car more, I should just buy a top. If you love a 911, it shouldn’t matter how much the car—let alone the the company that built it—is worth. I sympathize with such sentiments but would gently suggest they miss the broader picture.

On an individual level, money is relevant to most enthusiasts precisely because our cars are for fun. I’ve met collectors at all income levels and phases of life; very few are able to spend blindly on an extra-curricular activity, even one they love. So, the fact that we can anticipate getting some of our fun money back is what sustains the activity and, ultimately, preserves the cars.

On a larger scale, it’s high time enthusiasts embrace the fact that the cars and the brands we love are going up in value because—at the risk of getting all Stuart Smalley here—we have value. No, our 911s aren’t likely to appreciate because of Porsche’s IPO. That didn’t happen with vintage Ferraris after its IPO and it’s not happening here. Rather, it’s the opposite: Ferrari’s IPO in 2015 was viable because of the people who had already driven appreciation for 250 GTOs, Daytonas, and the like, just as Porsche’s IPO is viable because of the strong following who have already driven appreciation for 911s old and new. (Indeed, the average value for Porsches in Hagerty’s book of business has gone up 150 percent in the past decade.)

We’ve seen smaller, yet more direct efforts from automakers to monetize their enthusiast followings and, more specifically, their pasts, from factory-backed restoration programs and “continuation” cars to outright sales of older vehicles, most notably Mercedes’ record setter earlier this year. Beyond actual monetary returns, these efforts are worthwhile to automakers as a way to remind consumers and investors alike of their brands’ appeal. Of course, there are passionate enthusiasts working at automakers who genuinely want to preserve history through these actions, but multinational corporations tend not to act out of altruism alone.

During my time covering the new car industry for so-called buff books (first Automobile, then Road & Track), I frequently encountered auto executives who regarded enthusiasts as juvenile distractions from the modern business of building cars. Here’s the thing, though: The modern business of building cars is a grim one, requiring large investments and typically returning slim margins. That makes the added value that comes with a vibrant brand all the more important. Our passion and enthusiasm—and ultimately our spending and our old cars—is a big part of what powers that.

Put it another way: In the automotive business, we enthusiasts are no mere sideshow. We’re the glue. 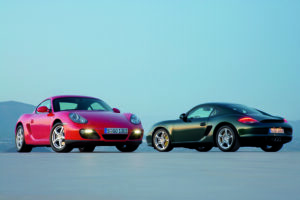 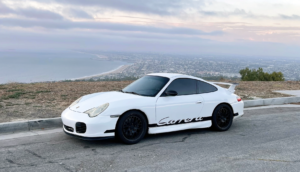