Are top-trim Japanese cars following muscle cars into the stratosphere?

Anyone who follows the classic car market knows that some options, trims, or special editions can exponentially increase the value of a standard car. But there often is a disconnect when the car is out of your wheelhouse. The recent Subaru STi 22B sale that topped $300,000, for instance, left many people scratching their heads. How, they wondered, can this be worth so much more than the typical STi—still a sub-$50k car in most cases? Yet many of those same people don’t think twice when a 1971 Plymouth Hemi Cuda Convertible sells for a couple million dollars. (In fact, one was just offered at Mecum Indy with a $5,750,000–$6,500,000 estimate.)

The muscle car market has had a long time to brew. Are we bound to eventually see this type of value spread among modern Japanese collectables, or are cars like the 22B exceptions? Let’s look at a few Japanese classics to find out.

One Japanese car that has been collectible for some time is the original Acura NSX. All versions of this car have been gaining value. But one variant is breaking away from the pack—the 1999 Acura NSX 3.2L Zanardi Edition. The Zanardi Edition was a one-year-only model that had the same 290 hp 3.2L V6 as the standard NSX 3.2L but was 149 pounds lighter thanks to single-pane rear glass, manual rack-and-pinion steering, BBS alloy wheels, and a lighter battery. The Zanardi looks different enough from a standard NSX to be recognizable by the trained eye. Only 51 were produced.

Performance is a key driver of value here. Like the 22B, the Zanardi is racing-focused, and it was produced in limited numbers.

The Honda S2000, produced in the same Takanezawa R&D Plant as the NSX, had a limited-edition trim with similar ingredients to the Zanardi. Offered at the end of the model run in 2008 and 2009, the Club Racer, or “CR” for short, was a track-focused version of the standard S2000. The CR is instantly recognizable as something special. A fixed tonneau cover with integrated roll bars replaced the power top, and the massive rear wing is said to reduce lift by 70 percent. When optioned with no radio or A/C, the CR is 90 pounds lighter than a standard S2000. Honda only built 699 of these lightweight S2000s in 2008 and 2009, which is rare, but not Zanardi rare. This might explain why the CR premium has remained constant over time—about twice as much as a standard S2000.

Track-focused models are usually worth more, but the premium definitely goes down as production numbers go up. The 2006 Mitsubishi Lancer Evolution IX is a great example of this. Three trims over the base model were offered in the United States, all with the same 286-hp turbocharged inline-four. The “Mitsubishi Racing” trim featured a 6-speed transmission, Bilstein monotube shocks, aluminum BBS wheels, and aluminum roof, hood, and front fenders. Vortex generators on the rear roofline, front brake cooling ducts, and “MR” badging let other drivers know you have the best Evo. The MR is definitely the Evo IX to have; however, Mitsubishi made well over a thousand Evo IX MRs, which explains why it carries “only” a 32 percent premium over a standard Evo.

Track packages are nice, but the biggest value increases come from trims that have higher horsepower.

This fact comes to light when looking at the R32 and R33 (1989–98) Nissan Skyline GT-R. Both came in a variety of trim levels of varying rarity during their production runs. All trims used the same 276-hp RB26DETT Twin-Turbo 2.6-liter inline-six and only differ from each other in cosmetics, production numbers, and minor performance upgrades. Except, that is, for one—the R33 NISMO 400R. The 400R’s engine, codename RB-X GT2, was bored and stroked to 2.8 liters and produced 400 hp. Only forty-four 400Rs were produced and at $440k they are worth four times as much as other R32 and R33 trims in excellent (#2) condition.

Yes, just like muscle cars, the “right” engine can make all the difference for Japanese classics. Take the legendary inline-6 engines in the Toyota Supra. As the Mk III and Mk IV Supra achieved classic-car status in recent years, all attention went to the Turbo models. In 2013, the Turbo premium for the Mk III was only 18 percent over the naturally-aspirated Supra, now the gap has widened to 148 percent.

We see the same phenomenon happening with the Mk IV Supra, although the spread is less dramatic than the Mk III. The Mk IV Turbo has long been worth at least double the naturally-aspirated model but these days is even more than that, at a 184-percent premium.

Power is probably only the part of the value equation here. Rarity is another: We are witnessing the symptoms of the “drift tax.” Just as many powerful muscle cars got used up in the 1970s, when they were just affordable used cars, many Turbo Supras were snatched up, modified, and even exported in the past two decades. Then, they were driven into the ground or wrapped around trees. Now that the cars are becoming collectable, there are even fewer unmodified, original examples of the more desirable model.

Turbos are much easier modify and are more appealing to tuners than superchargers. The MR2 Turbo experienced a drift tax while the Supercharged MR2 didn’t.

Japanese performance cars from the 1990s, and the enthusiasts who favor them, are often thought to be worlds apart from classic American muscle. Really, though, they’re very much alike. Relatively inexpensive new and, for a time, downright cheap second-hand, these cars were often driven into the ground and now, as their fans age into prime collecting years, are rising in value. And just as Baby Boomer collectors assigned particular—often irrational—value to certain trims and engines, so too are Gen–Xers and millennials paying princely sums for the “special” variants that they have been feting for decades on YouTube and internet forums. Don’t be surprised if this trend eventually reaches top trims of Japanese cars that are just starting to tick upward—think Miata R-package (currently worth a modest 15 percent more) and NISMO variants of latter-day Z cars (350Z NISMOs already go for more than double typical 350Z prices).

If you’re buying a Japanese car now with future gains in mind, knowing your trim and engine codes may pay off big time in years to come. The flip side of this—and an encouraging one for those who collect mainly to drive and enjoy rather than make money—is that the pedestrian trims are likely to remain attainable long after the specials variants rise out of reach. Just ask anyone smart enough to own a 1971 Cuda 383 hardtop (condition #2 value of $65,000). Very likely, they’ll tell you that although their car is worth about 95 percent less money than a Hemi Cuda convertible, it is 100 percent as much fun. 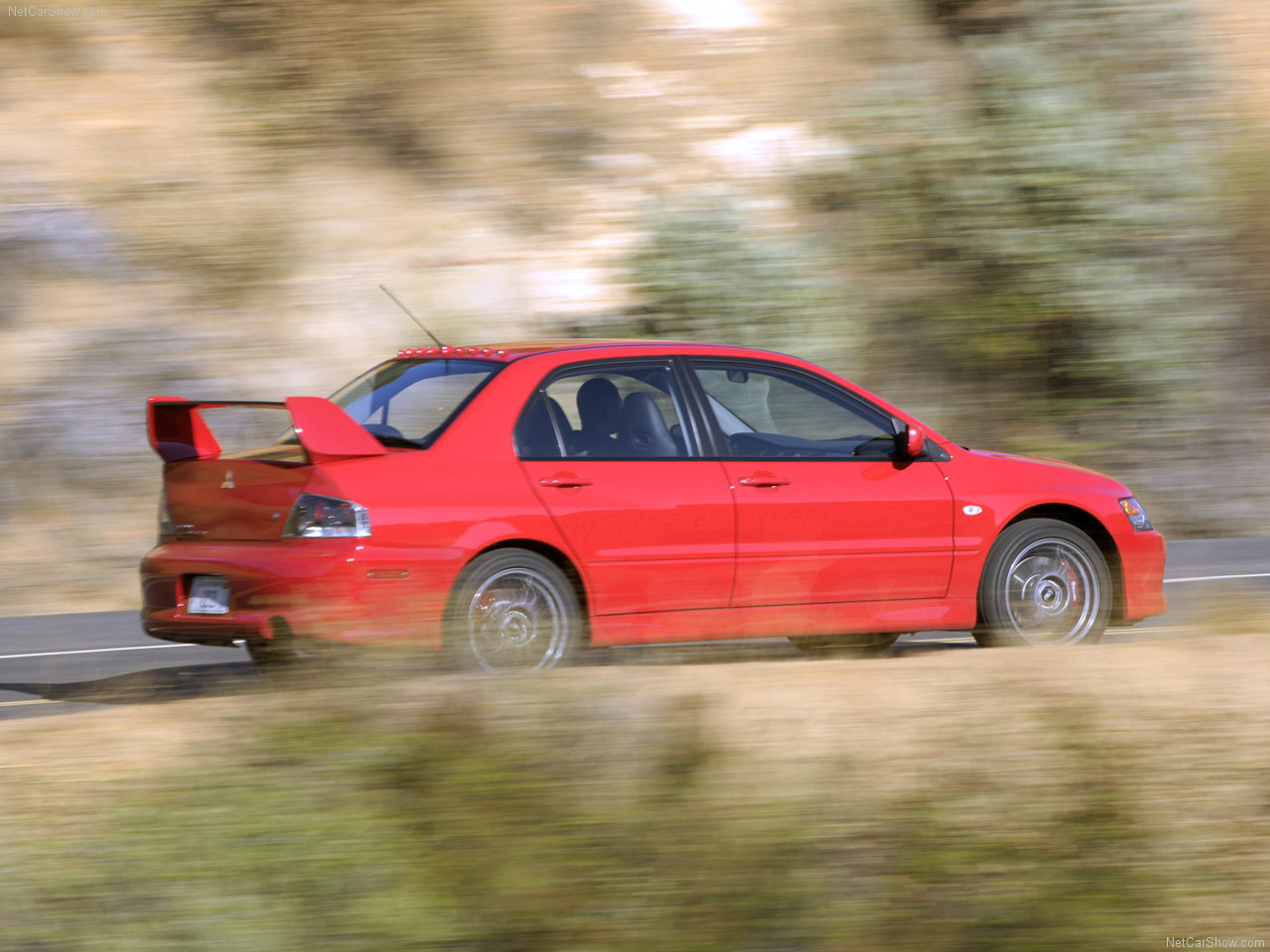 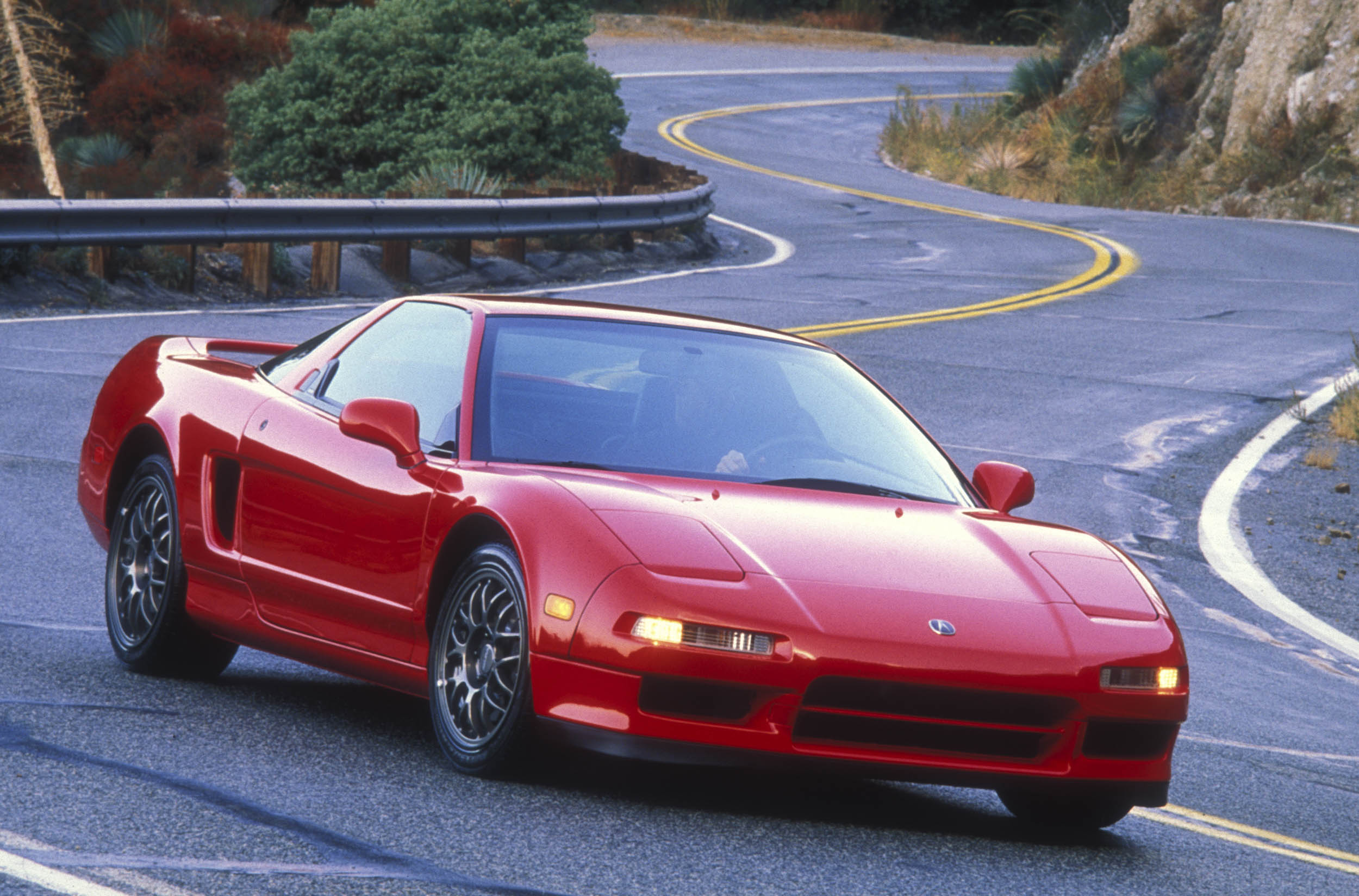 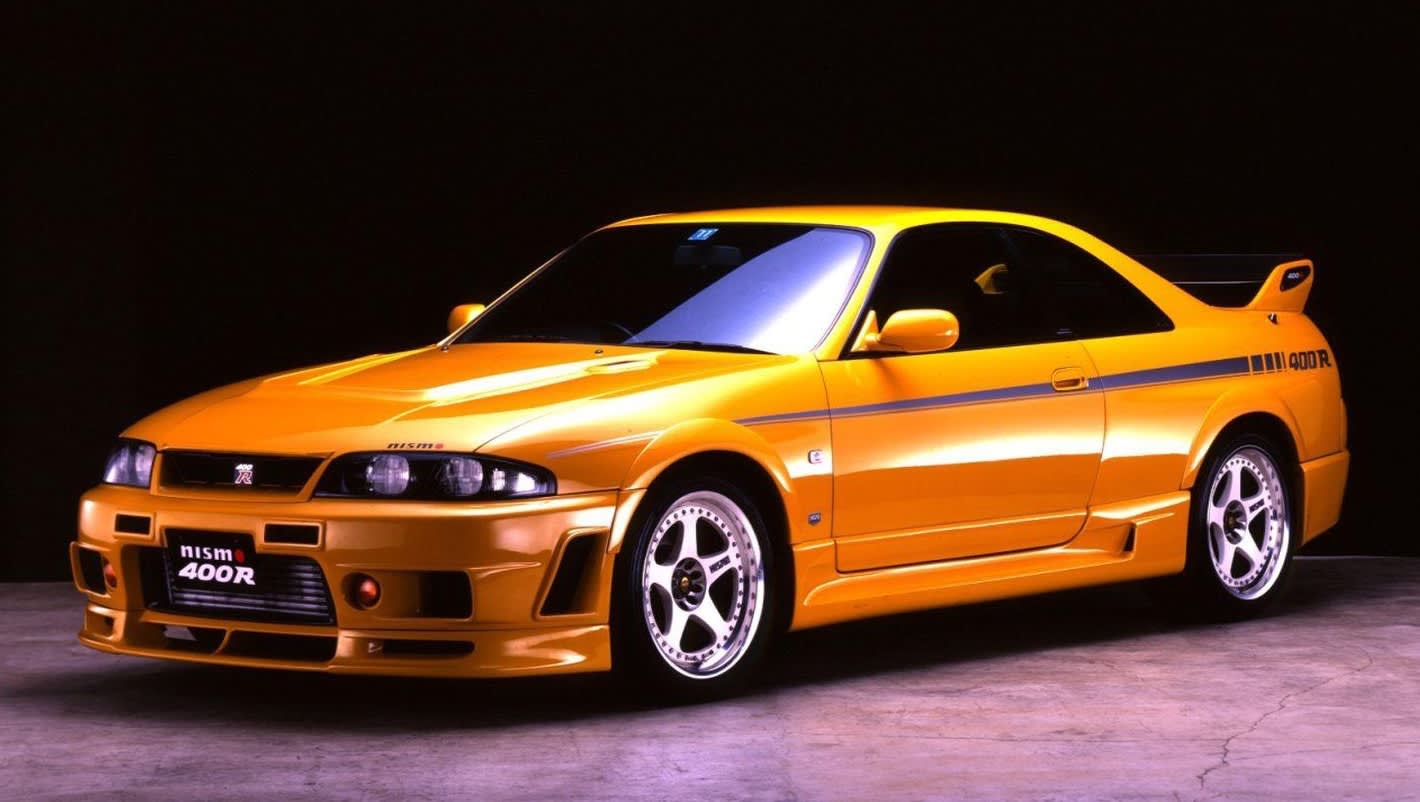 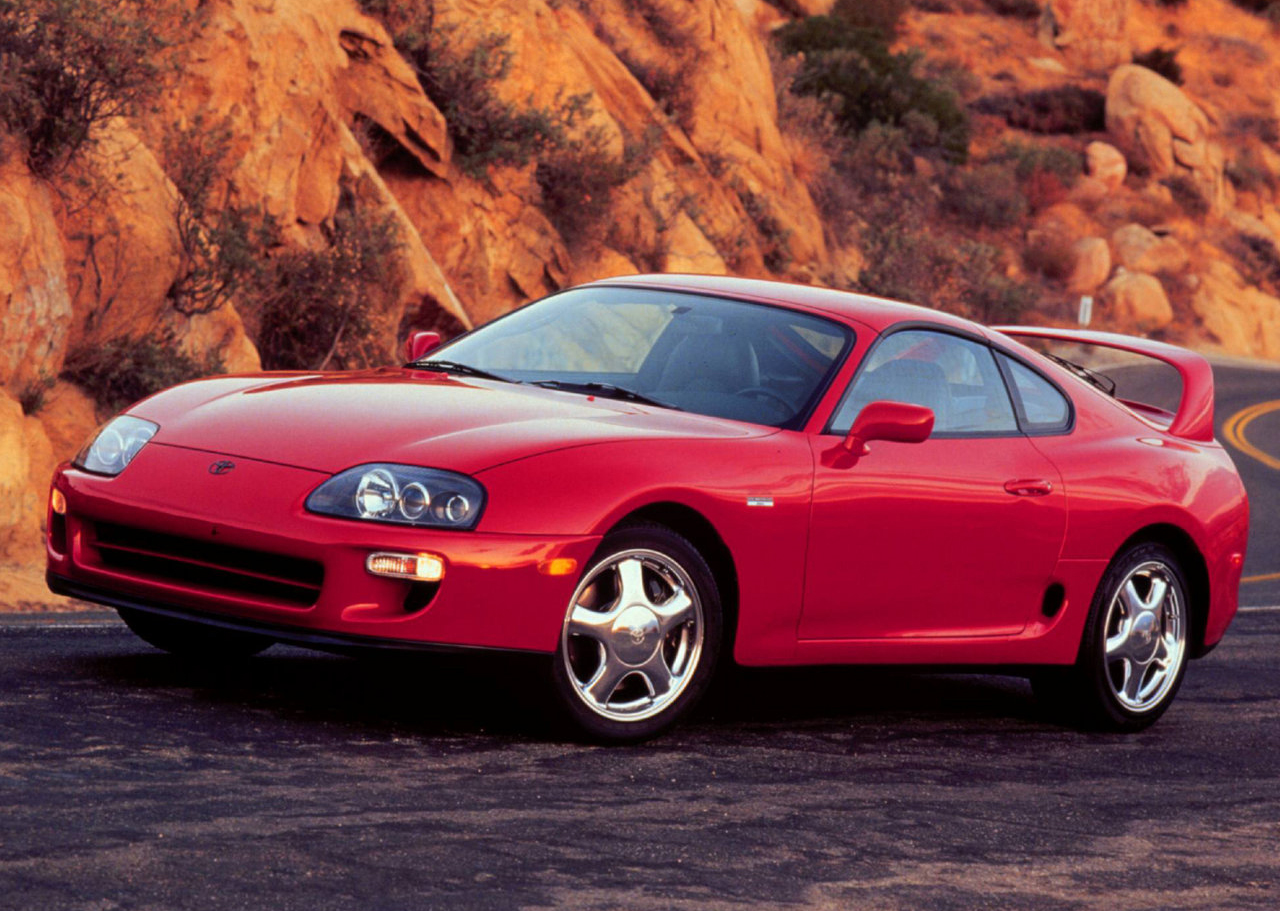