Dear Baby Boomers: Millennials are calling, and they want your Harleys

My colleagues have spilled a lot of ink dispelling myths about young car collectors. Be it that millennials don’t care about cars at all, only want stuff built in the 1990s, or can’t/won’t pay as much as older buyers, the hard data tend to prove the chatter wrong.

The motorcycle world is, generally speaking, a bit less worried about The Kids Not Caring. Aside from the fact that bikes are generally much more attainable than cars and are relatively easy to store even for an urban apartment dweller, riding a powerful and dangerous machine is, let’s face it, inherently a young person’s thing. Our data bears this out: millennials are the fastest growing demographic in the classic motorcycle market (as they are for cars).

Yet misconceptions about young motorcycle collectors persist. As a millennial collector myself, I’ve heard them all: Younger buyers only want an easy electric-start bike. They only want Japanese bikes—the Honda RC30s, Suzuki RG500s and GSXR-750s, and Yamaha FZR750Rs of the world. They definitely don’t want Harley-Davidsons.

I’m here to tell you that’s all wrong.

Harley-Davidson is, of course, one of the oldest and most recognizable motorcycle brands in the world, not to mention one of the most resilient. It dominated the prewar motorcycle market in America, weathered the Great Depression, and (barely) survived brutal competition from Japanese makers in the 1970s. It maintains a cult following today. Its models are, no surprise, some of the most collectable in the motorcycle world.

That holds true even among motorcycle collectors too young to have seen Easy Rider in theaters. More than one in three millennial motorcycle collectors calling Hagerty for an insurance quote (37 percent) are inquiring about a Harley-Davidson. That makes it the most popular marque for millennials, ahead of Honda. No other brand comes close.

Most of the interest is in newer Harleys, with some 46 percent of the quotes being issued for 2000s bikes. Neither millennials nor Harleys are unusual in this regard: Newer motorcycles account for the plurality of quotes we issue to collectors of all ages. What is notable is that millennials seem to spend more on them. The average quote value for these Harleys—what a collector thinks it’s worth—is on average higher for millennials than Baby Boomers. The only group paying more for recent Harleys are Gen–Xers.

That trend continues as the Harleys get older. Consider the prewar and ’40s bikes—the Model Js and Vs, the Knuckleheads and early Panheads. Early Harleys, with their fat tires and swooping fenders, speak to motorcycle enthusiasts of all ages, but millennials seem willing to pay a bit more for them. In the last two years, Millennials have quoted prewar Harleys at values 19 percent higher than Boomers, 12 percent higher than Gen–X and equal to preboomers. Note that the sample size is small, but the evidence that millennials will pay real money for collectible Harleys holds all the way through the ’60s, where the sample sizes become significant.

The popularity of the 2000s aside, motorcycle quote data generally show a lower correlation between the age of the collector and the age of what they’re buying than we see in the car world. A millennial motorcycle collector, for instance, is nearly twice as likely to be interested in a 1940s motorcycle than a millennial car collector is in a 1940s car. The opposite is also true: Preboomers are far more interested in recent motorcycles than they are newer classic cars. A big factor here is price. As I’ve noted previously in Insider, the cost of entry is much lower for collectible motorcycles than for cars—the 15 most expensive motorcycles ever sold at auction are worth less, combined, than the single most expensive car. That means even a cash-strapped young enthusiast can afford to broaden their taste.

What we have then, is a relatively even playing field in which older and younger motorcycle collectors seem to be interested in largely the same eras. And everybody it seems, still loves Harleys. 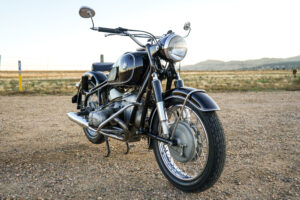 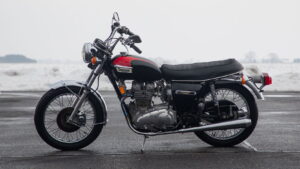 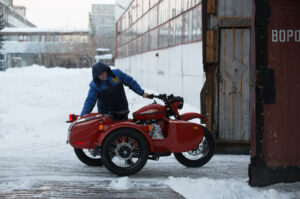