Is the Maserati Ghibli finally getting its due?

By some measures, the Maserati Ghibli was already dated when it debuted at the Turin Motor Show in 1966. A year earlier, at this same show, Lamborghini had revealed the Miura, establishing the precedent that the hottest exotic cars should carry their engine in the middle. Ferrari, just a bit later, released the 365GTB, which was front-engined but had more cylinders and a more sophisticated chassis.

“A brand-new 5-litre V8 Maserati ‘Ghibli’ coupe went by, and…I could not help thinking that the days of the front-engined GT coupe must be numbered,” wrote Denis Jenkinson in the October, 1967 issue of Motor Sport.

Yet as the Ghibli celebrates its 55th anniversary it appears, in 20/20 hindsight, to have been ahead of its time in some regards. Perhaps that’s why it’s been appreciating so rapidly.

The Ghibli’s biggest advance was the way it looked. Sharp creases became de rigueur on supercars in the 1970s and 1980s, but this was 1966. Its designer was Giorgetto Giugiaro, who had just begun a stint at the coachbuilder Ghia and would later, at his own firm, pen many more edgy cars, including the Maserati Bora and Merak. (This shift in supercar design is also commonly credited to Lamborghini and designer Marcello Gandini, and rightly so, but consider that the doorstop-shaped Countach was still years away.)

The avant-garde looks hid familiar guts. Whereas the Miura and Ferrari’s Daytona packed V-12 power, the Ghibli had Maserati’s familiar 4.7-liter V-8, derived from the company’s racing efforts a decade earlier. The car’s carbs and live-axle setup were still standard practice in Detroit at the time but were becoming passé for Italian sports cars. That said, a dry-sump lubrication system kept the big quad-cam engine low in the chassis, dropping the Ghibli’s center of gravity and allowing for that impossibly low and long hood profile.

The tried-and-true mechanicals helped the Ghibli succeed with the demanding jet-set crowd, who wanted exotic looks and performance but not finicky technology that might strand them on the way to their weekend flight to the Bahamas. Frank Sinatra owned one. Henry Ford II bought one, as well, and parked it in Ford’s design studio for inspiration. All in, Maserati would go on to sell about 1,149 coupes and 128 spyders between the 1967 and 1973 model years.

The Ghibli proved so successful, the Italian automaker has recycled the evocative name twice. The second Ghibli was a five-seat coupe based on the successful Biturbo platform, retaining the familiar 2.0- and 2.8-liter twin-turbo V-6. The third and latest Ghibli sedan, based on the Quattroporte, remains on sale. Both cars have their selling points but remain controversial among enthusiasts (we’ll save our apologia for the Biturbos for another day).

Despite the fact that lease-spec examples of the modern sedan have become relatively common sights in upper-middle-class subdivisions, collectors continue to seek out the original Ghibli. Hagerty Price Guide values for the model more than tripled in the past ten years, beating out the Ghibli’s closest competitor; the more conservatively styled 1968–1973 Ferrari 365 GTB/4 Daytona increased 87 percent over the same period. Still, the Maserati remains far more affordable than the Ferrari, with an average concours condition (Condition #1) Ghibli trading for $270,000 versus an average $781,000 for an equitable Daytona. (The mid-engine Miura, meanwhile, has climbed into a different stratosphere.) This affordability brings the Ghibli a younger audience, with 41-percent of Ghibli insurance policy quotes in 2021 coming from enthusiasts born after 1965, compared to just 27-percent for the Daytona.

Will the Ghibli ever match the Daytona in terms of value? The recent $330,000 sale of the famous ex-Frank Sinatra car at Barrett-Jackson's Las Vegas auction last June wasn't even a model record; bidders set the high watermark of $385,000 back in 2014 at Bonhams' Quail Lodge sale, for a Ghibli once owned by singer Bobbie Gentry (who was briefly married to Bill Harrah).

As usual, the Ghibli market is subject to a dossier of provisos and asterisks. That Sinatra car wasn't perfect, while the ex-Gentry car recently won an award at the Amelia Island Concours d'Elegance; remember, condition always matters. This is all to say nothing of the market for the drop-top Ghibli Spyder, as values for those svelte rarities range wildly between the $500,000 and $1,000,000 range.

Daytona catcher or not, the first-gen Ghibli's advanced design and growing recognition from next-generation collectors means it is in its own rights one of the most desirable automotive icons of the jet-set era. 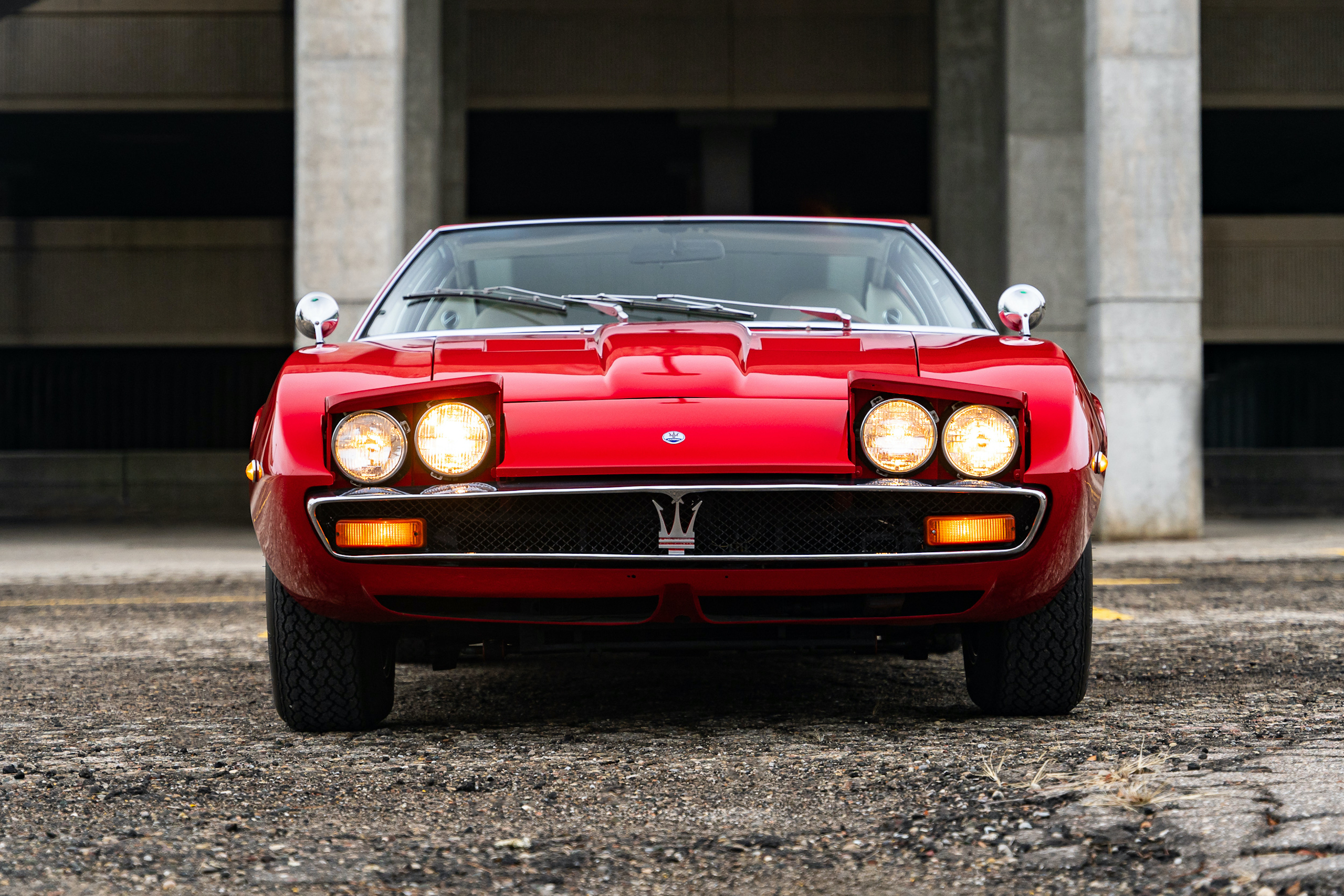 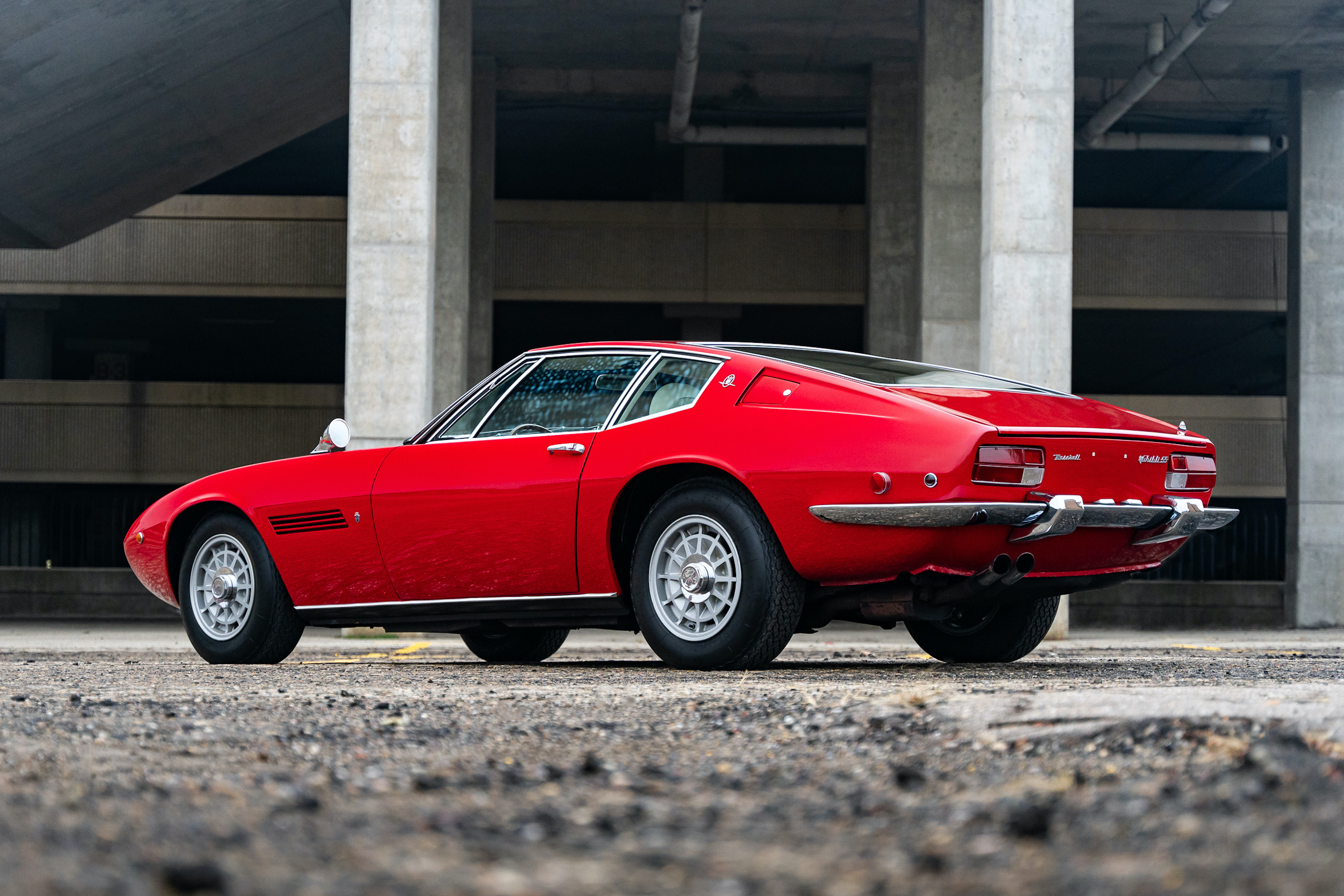 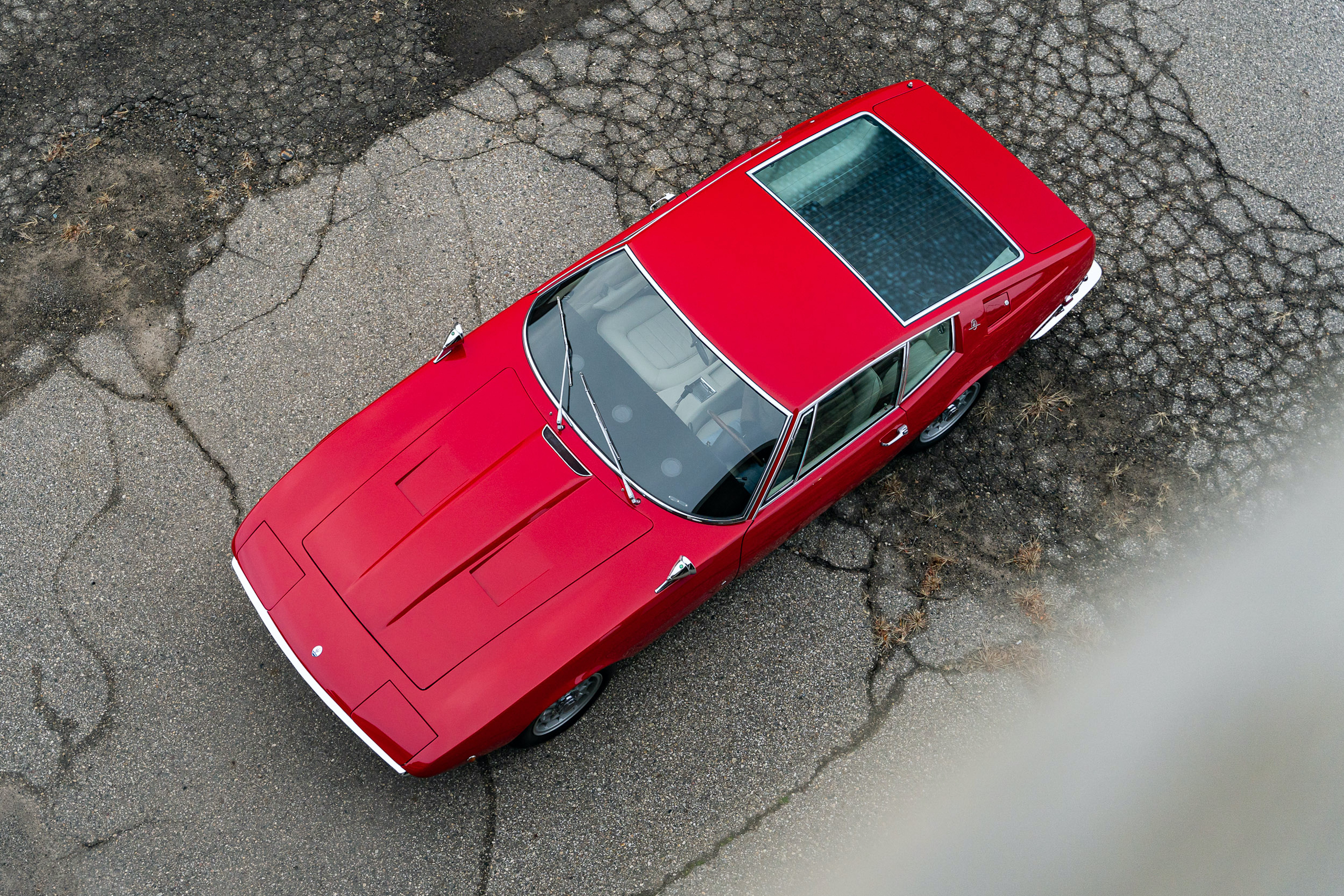