Monterey is famous for bringing out the prancing horses, and this year is no different. In fact, at a single auction, Broad Arrow Group’s* inaugural live auction at Monterey Jet Center, 18 Ferraris with an estimated combined sale value of more than $20M will cross the block. If Ferraris whet your whistle, there’s no wanting for choice of era, color, or price point in this offering. For those reaching for their bullion or checkbooks, four of these pristine stallions are estimated to sell north of $1M and four more modestly estimated thoroughbreds are being offered without reserve.

The 250 GT LWB Berlinetta Scaglietti racked up an impressive European race history across Europe at tracks like Reims, Spa, Monza, and Clermont-Ferrand. In fact, it so dominated the “Tour de France” race from 1956-1959 that it was only logical for that model to assume the race event’s name. Penned by Pininfarina and built by Carrozzeria Scaglietti, the 3.0-liter V12 powered, aluminum-bodied 250 GT represents one of the key models in Ferrari’s rise to sports car superstardom.

This example was purchased from the factory by famed gentleman racer Pierre Noblet, who secured multiple podium finishes from 1958 through 1960. It has won multiple major concours awards including a Third in Class Vitesse~Elegance trophy at the 2021 Pebble Beach Concours d’Elegance. Chassis no. 0619 GT is accompanied by an extensive history file including copies of Ferrari’s internal factory records, Massini report and Ferrari “Red Book” Classiche Certification. According to marque experts, just 84 250 GT “Tour de France” Berlinettas were produced in all, including prototypes.

Not one to rest on its laurels after the success of the F40, Ferrari introduced the F50 to the world in 1995. It’s no surprise that the model that was built with assistance from their in-house Formula One team and used a race car-derived V-12 would be one of the most expensive, best sounding, and best performing cars of its day.

This example is the sixth of the 55 USA-spec F50s built and 12th overall out of the 349 produced. In preparation for sale, the car received a full technical inspection and annual service and sports 4,891 miles on its odometer. Featuring a Massini report and Ferrari Classiche Certification in addition to a number of important and original pieces, including luggage, hardtop in its original F50-branded flight case, and both complete factory tool kits, this F50 presents as the complete package top-flight Ferrari of its era.

With only 499 examples constructed, the LaFerrari finds itself among the most exclusive Ferraris of the modern era. It also is among the most technologically complex, with the carbon monocoque chassis featuring a naturally-aspirated 6.3-liter V-12 paired with a Formula One-inspired KERS-style (Kinetic Energy Recovery System) electric motor. This mild hybrid system, the first of its kind for a road-going Ferrari, resulted in a combined 950 horsepower and 0-60 time of 2.4 seconds. Active aerodynamics, adjustable suspension, and massive carbon-ceramic brakes rounded out this era’s definitive Ferrari. This example is in “new in box” condition with only 143 miles on the odometer.

The final supercar commissioned by Enzo Ferrari, the F40 celebrated the company’s 40th anniversary and duked it out with Porsche’s 959 for the title of top supercar of the late ’80s. The car showcases a wealth of technology, most notably the 471 horsepower 2.9-liter twin-turbo V-8 engine proudly displayed beneath the vented Plexiglas in the back. Ferrari’s use of then-advanced carbon fiber and bonded kevlar for the body went a long way to attaining its svelte 2,425lb curb weight. Maranello claimed a 201 mph top speed for its F40, besting its German competitor by a few digits. Only 1,315 F40s left the factory and this example is well preserved with only 26,000 miles and Ferrari Classiche certification. The car was treated to four annual services between 2018 and 2021 before being imported to the United States and includes records, invoices, and factory manuals.

At the time it was introduced, the 4.4-liter, 353-horsepower 365 GTB/4 was the fastest, most expensive road car in Ferrari’s history. Despite having been overshadowed in its day by a certain tractor manufacturer’s Muira, Daytonas have long resided at or near the top of the list of “classic” Ferraris. This example features rare plexiglass headlight covers and retains its original drivetrain. While never having been restored, this Daytona has been well maintained, and given the growing chorus of preservation and originality enthusiasts, we’ll keep our eyes on where the hammer falls on this no-reserve auction.

These electronic pages have covered the recent rise of the Dino. Once considered a pseudo-Ferrari, the Dino has built a reputation as an excellent road-going companion in addition to gaining steam as a collector car. Only 1,624 Series E Dino GTs were ever produced and this well-preserved example has a numbers-matching engine with just over 29,000 miles from new.

You can check out other Ferraris that will be at Monterey Jet Center in the gallery below.

*Hagerty has entered into a joint venture with Broad Arrow Group as of January, 10, 2022. 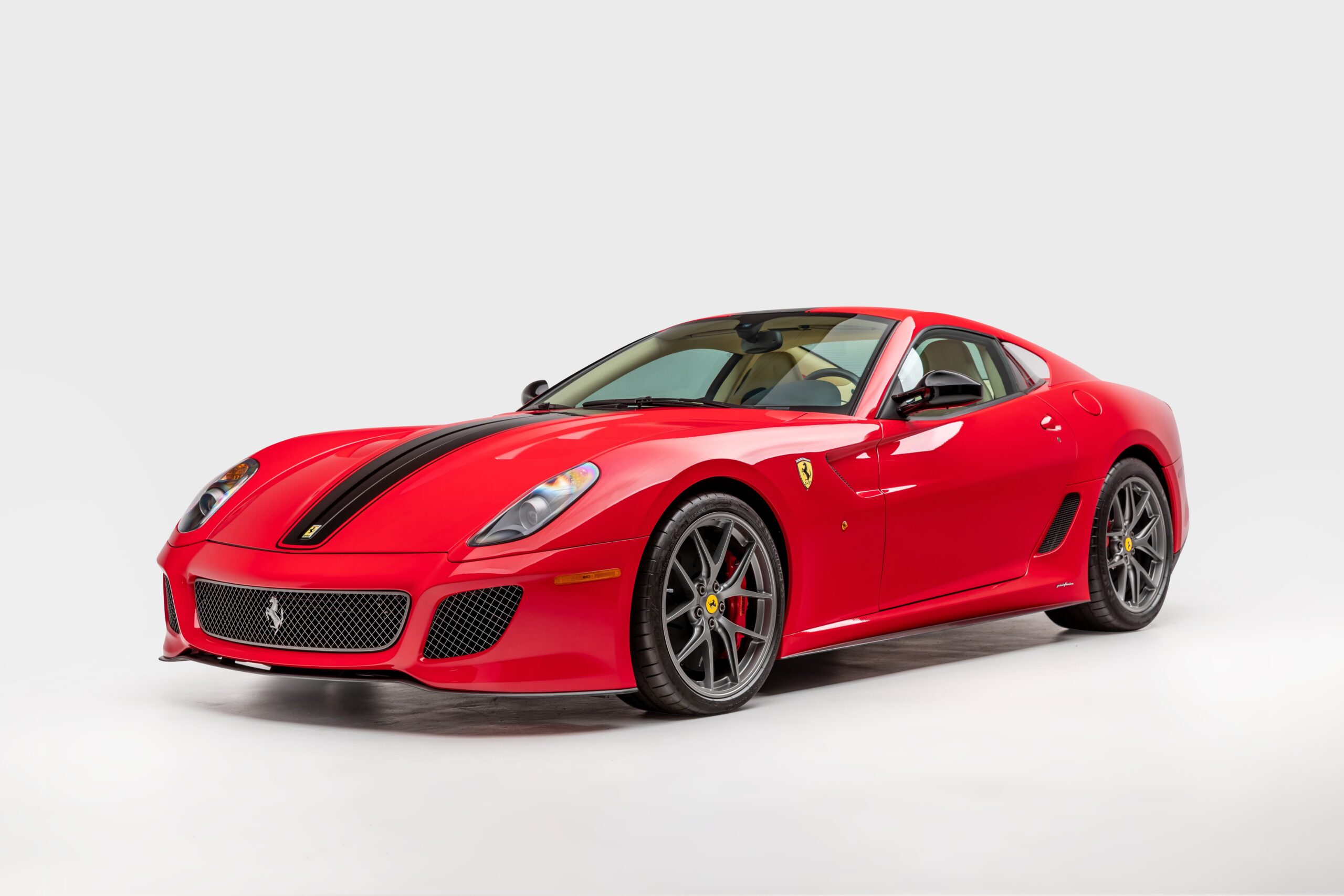 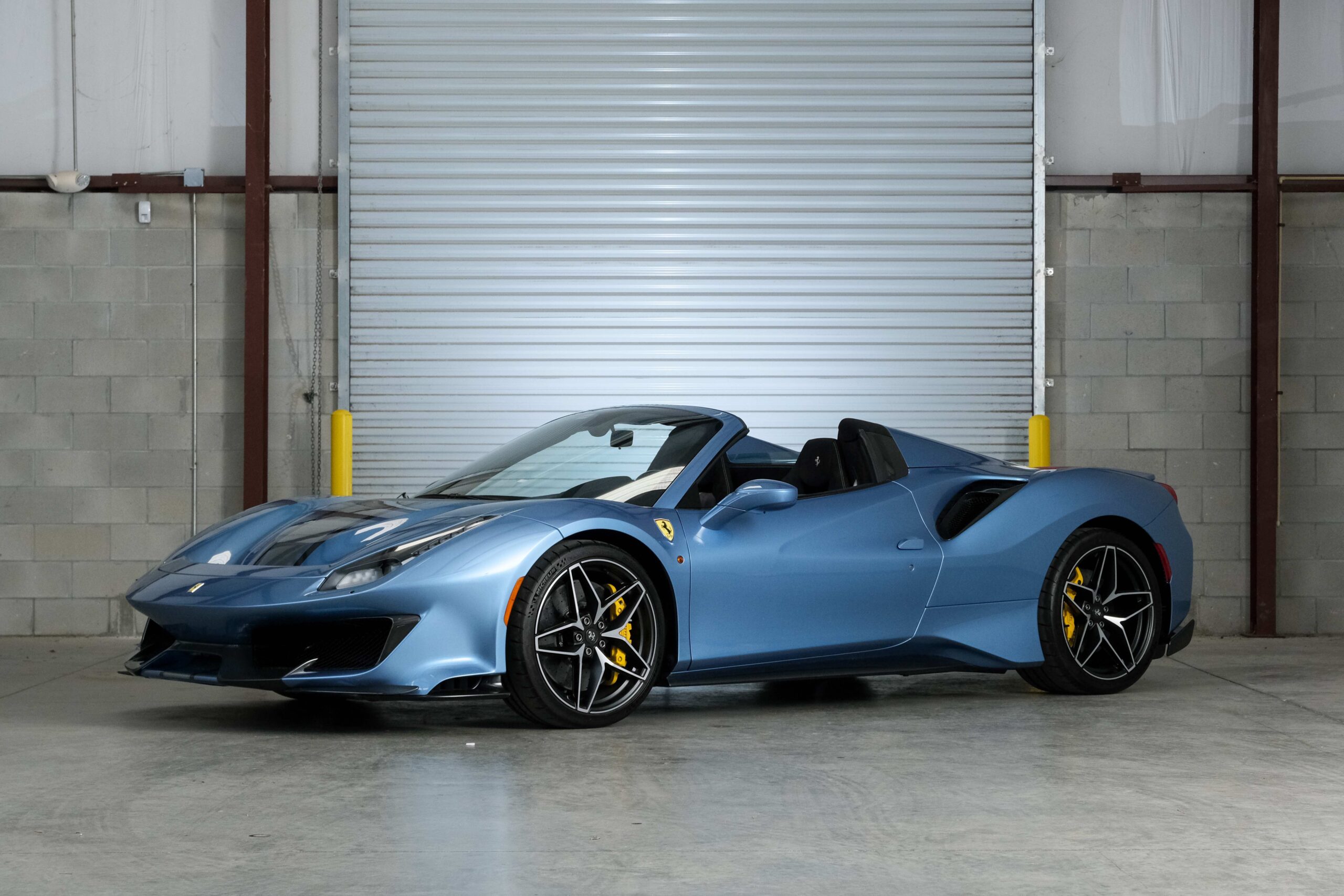 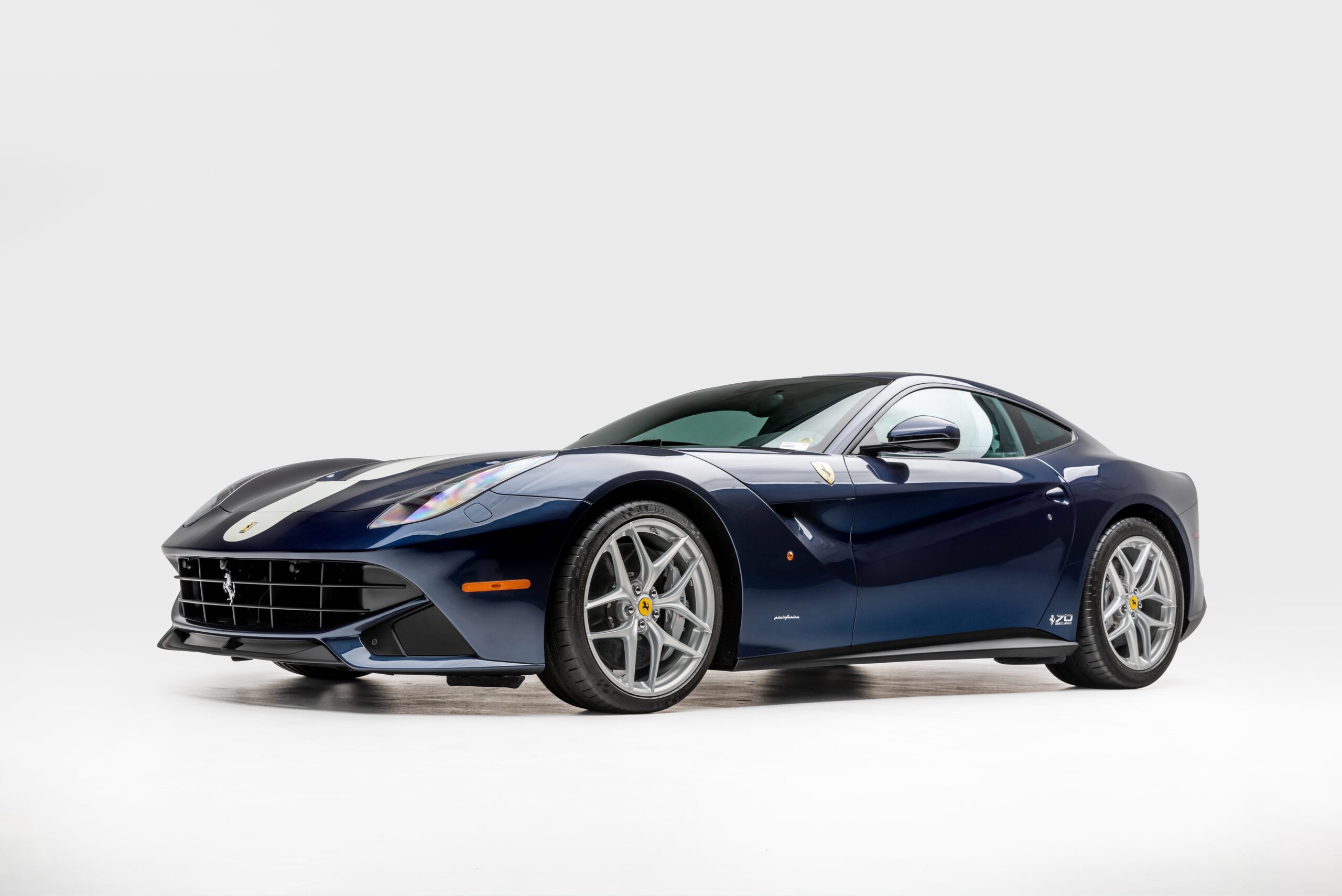 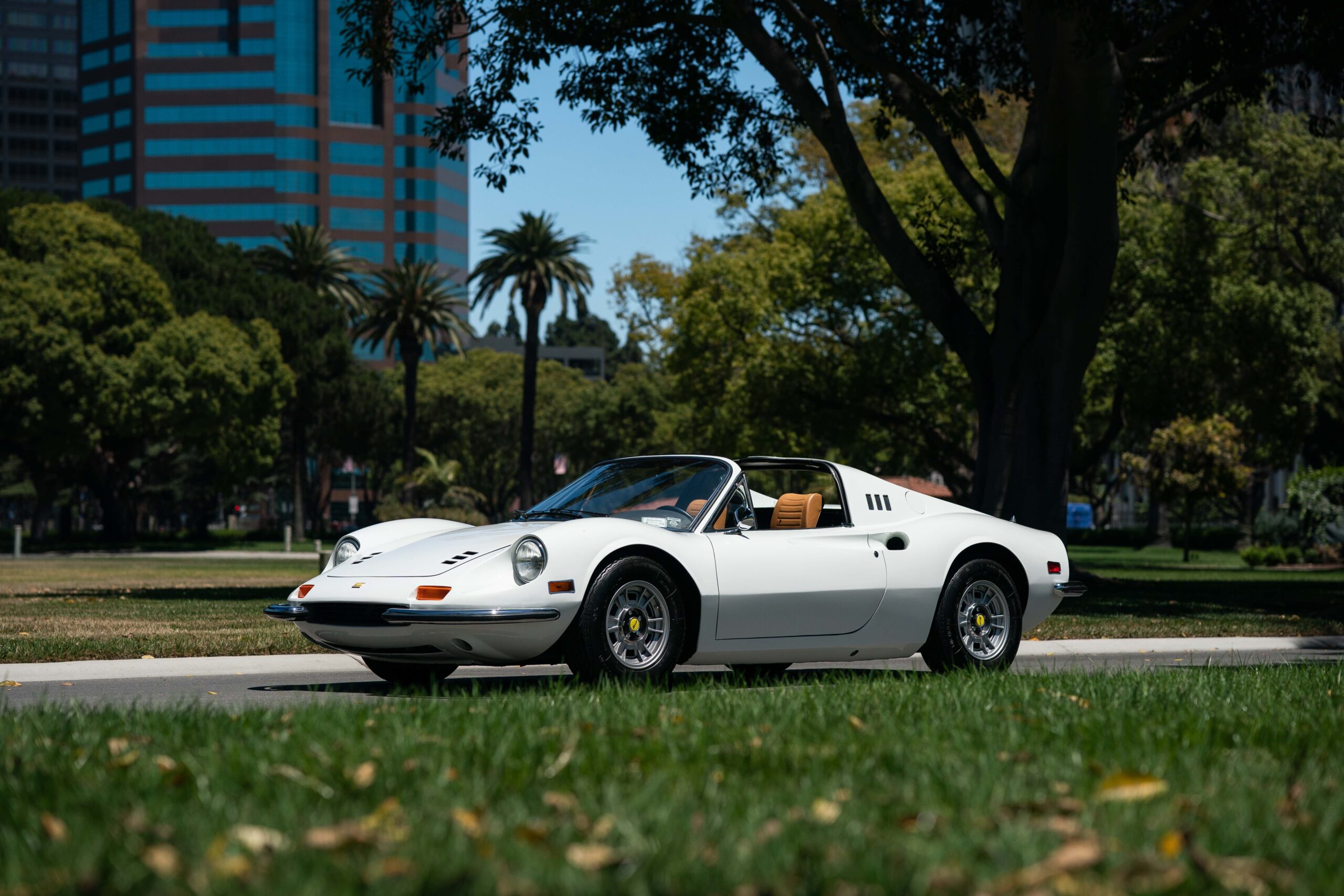 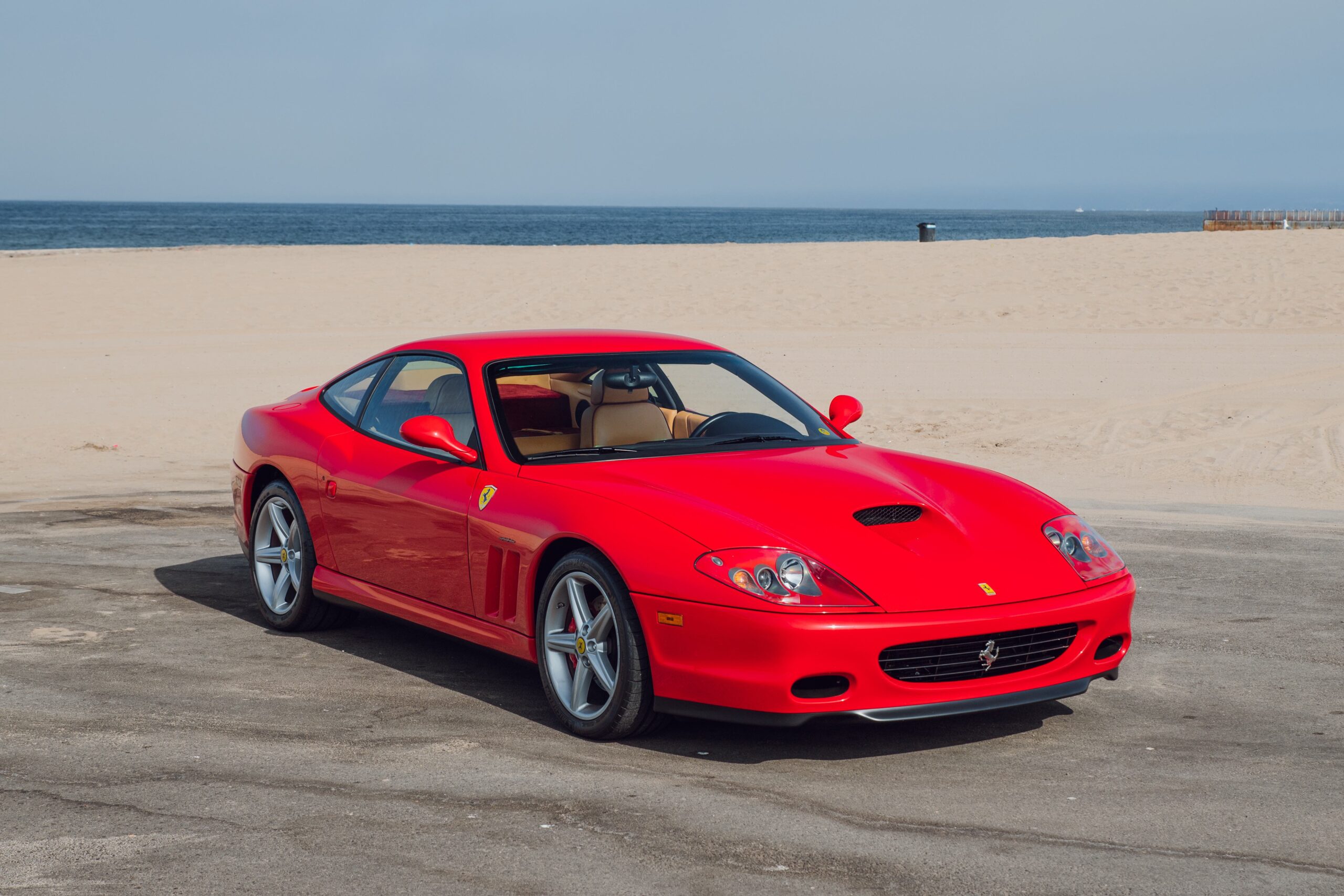 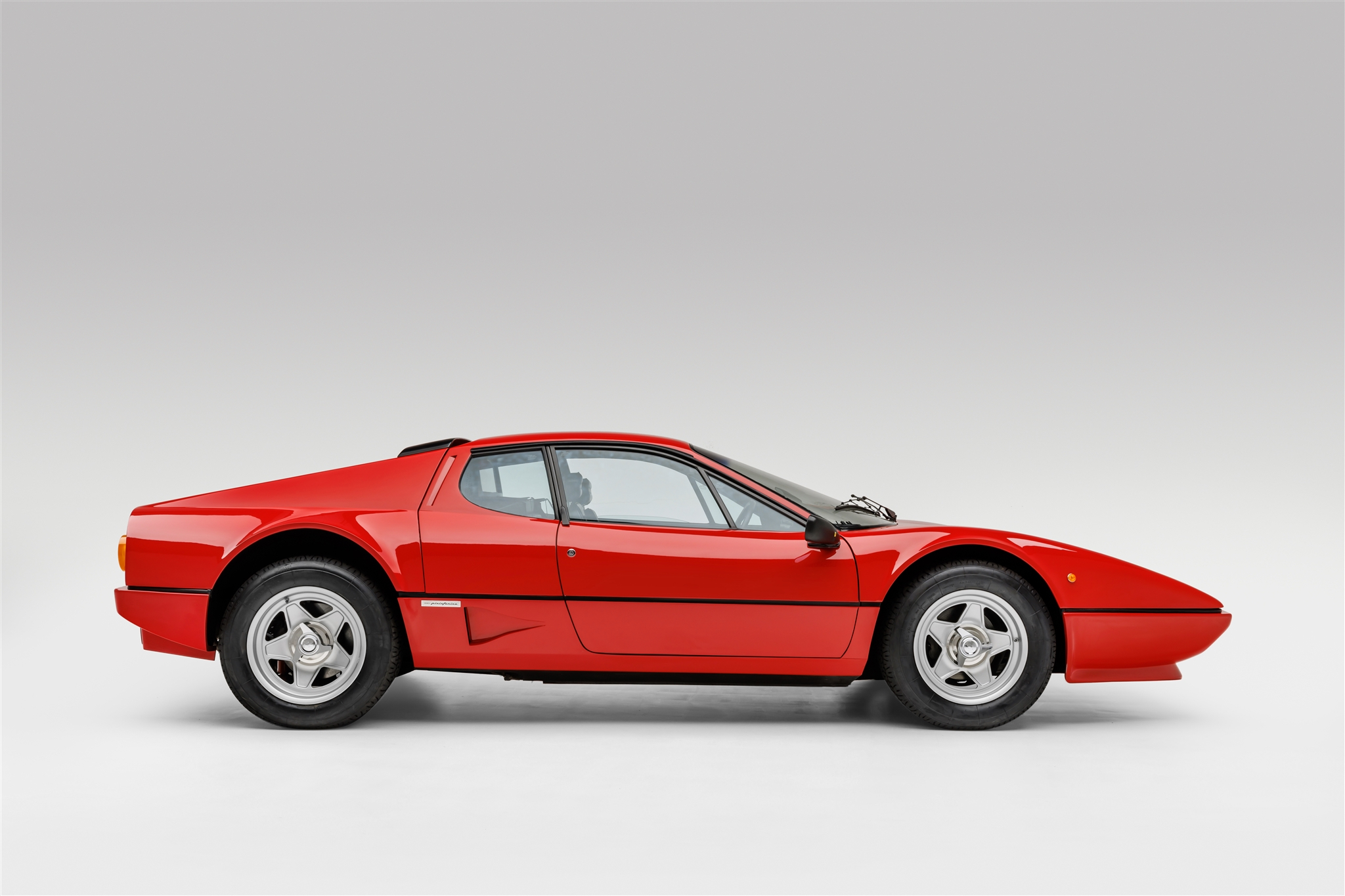 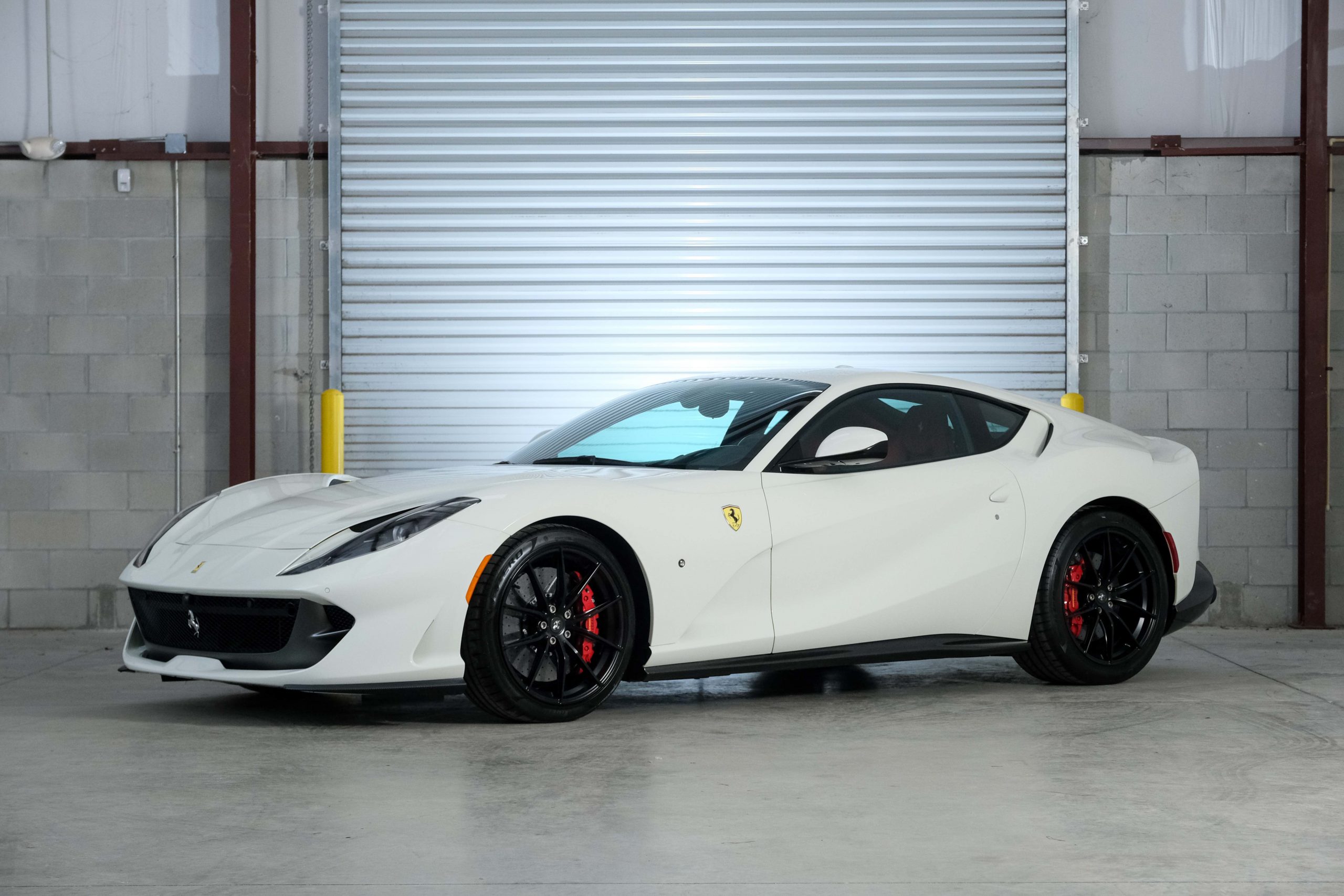 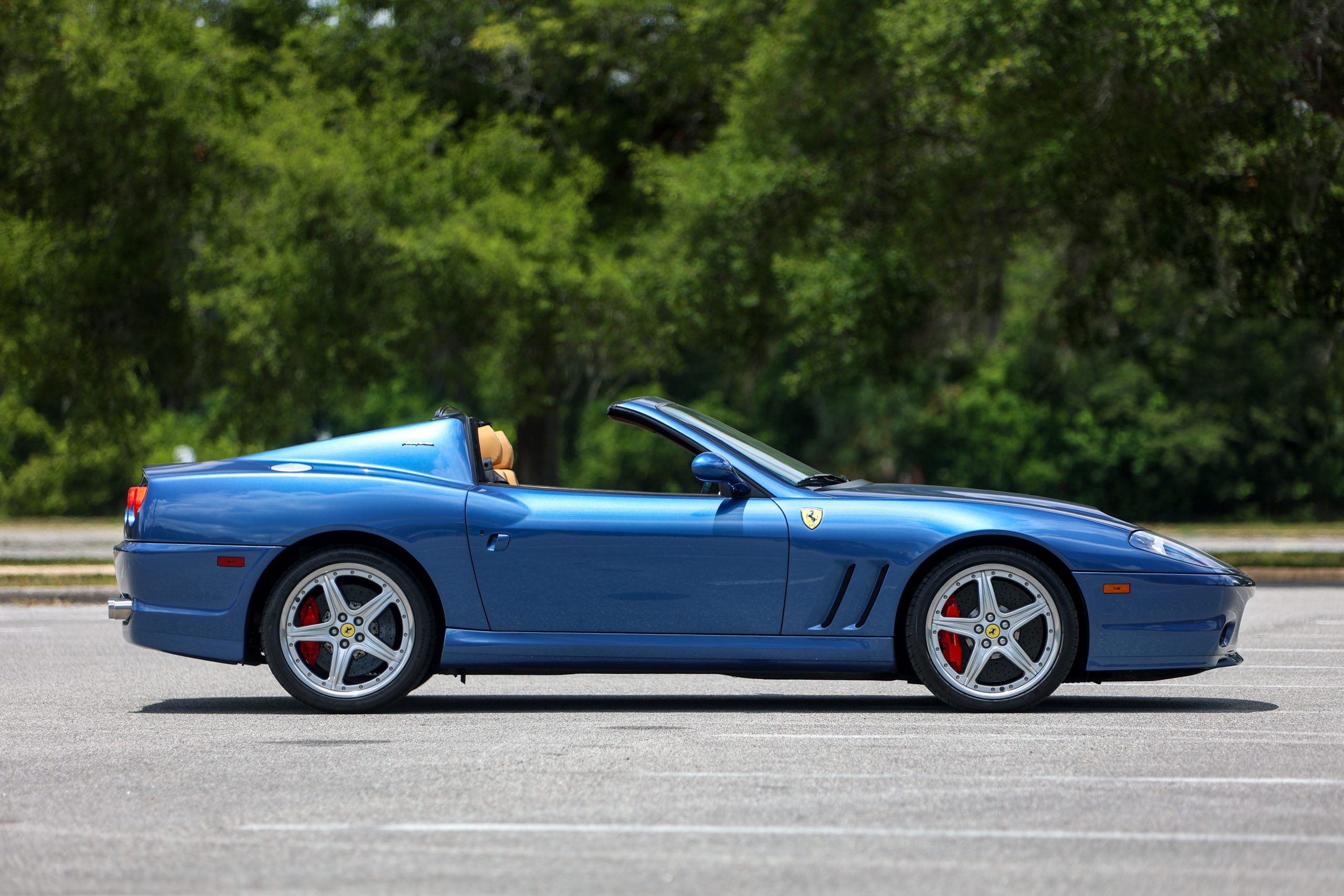 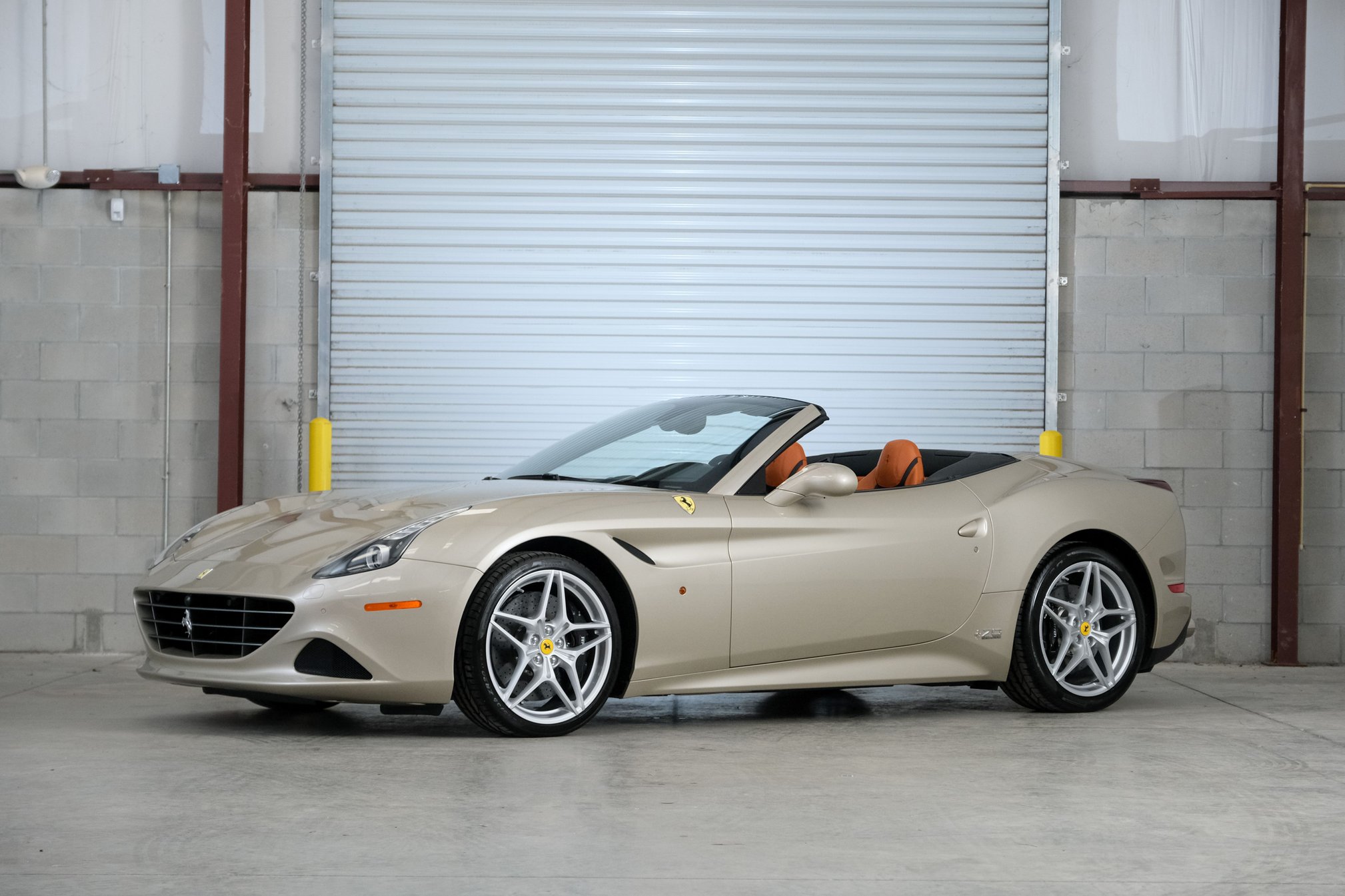 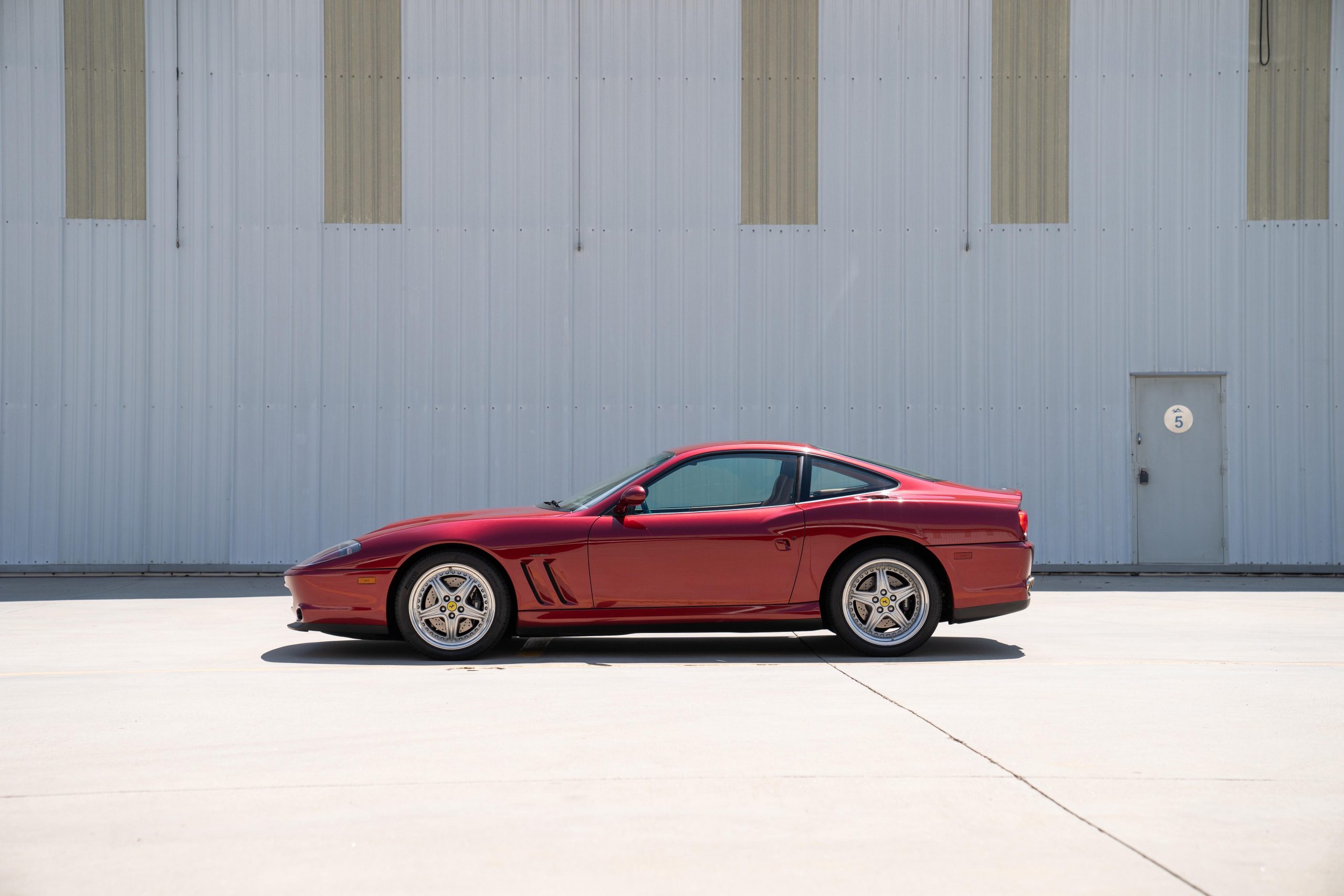 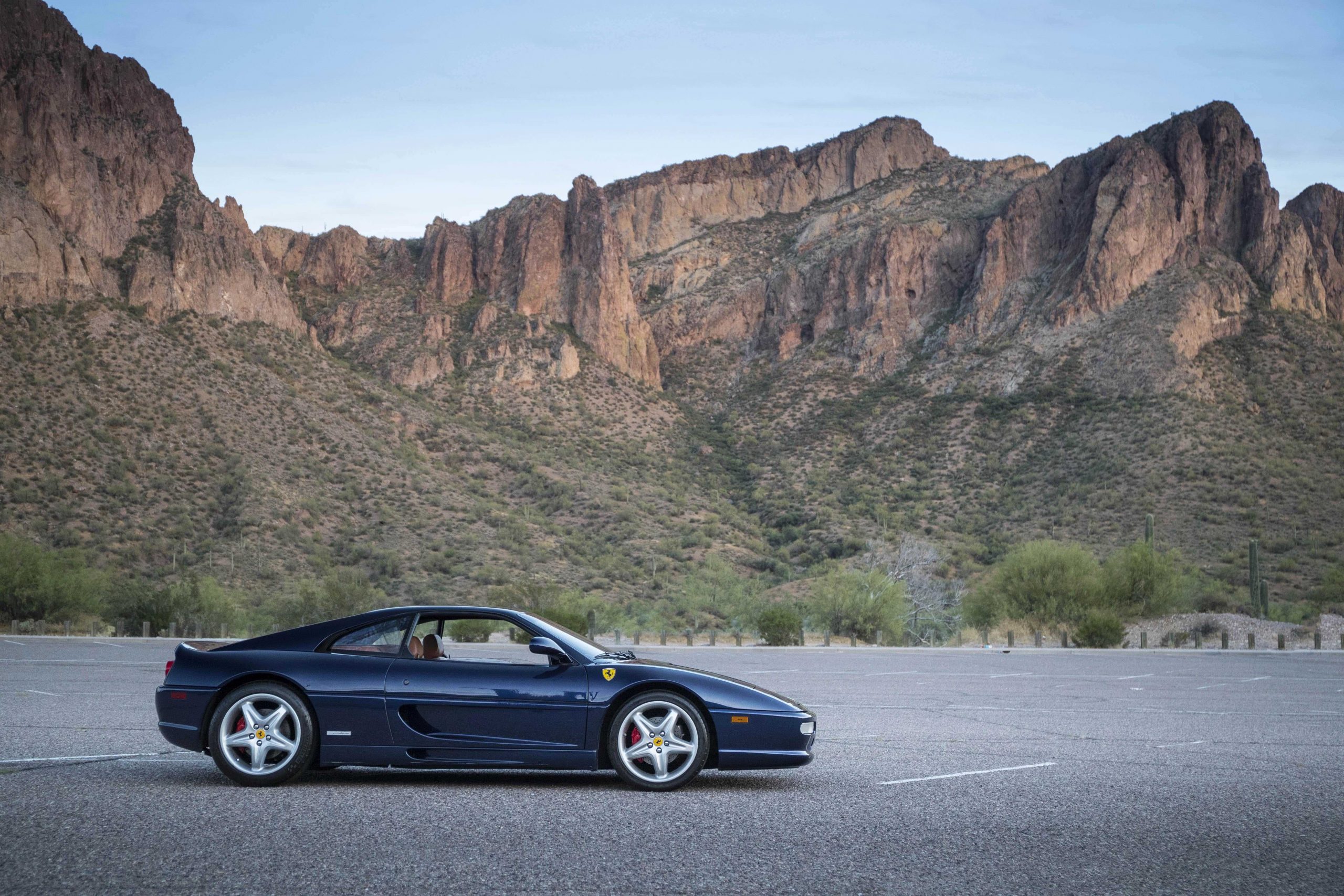 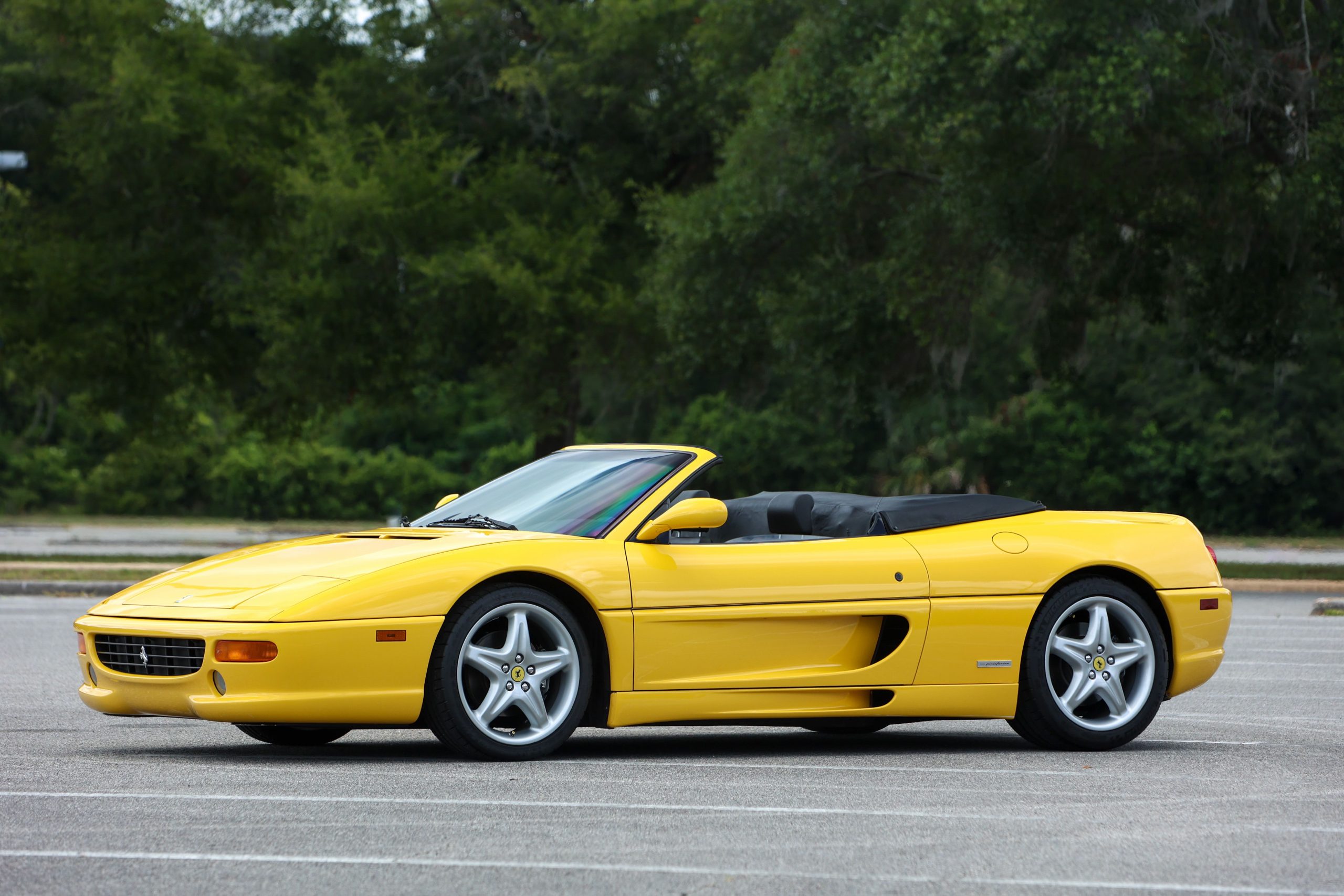