You probably won’t be surprised to hear that we at Insider spend an inordinate amount of time watching online auctions and predicting the results. We thought, Why not bring you in on the fun? We’re calling the guessing game The Winning Bid.

It’s pretty simple: Let us know how much you think the car will go for in the comments. The person who estimates closest—without going over—wins.

Our take: Produced from 1998 to 2003, the E39 M5 packs many of the attributes that BMW enthusiasts cherish from the hallowed M department. When the car was unveiled, its atmospheric 4.9-liter V-8 engine produced an almost unbelievable 394 hp at a time when Mustangs with similar engine displacements were pumping out just 260. That S62 engine, paired with a Getrag six-speed manual gearbox and limited-slip differential, left drivers with the impression that they were in control of a machine derived from motorsport.

The contradiction between the unhinged performance of its mechanical components and its purposeful-but-restrained aesthetic presence was the most “M5-like” feature of all; here was a car that looked like a German taxicab, with a fully appointed interior, and yet capable of blitzing you up the Autobahn at a steady 186 mph on your way to work.

There was a time where these cars could be had for (relatively) little money, but the secret is out, and we have seen their prices rise sharply since the mid-2010s. Enthusiast Auto Group (EAG) sold a 3,000-mile example for just under $200,000 dollars this year – nearly twice the value of a similar #1 condition car in the Hagerty Price Guide. While EAG has a reputation for selling top-notch BMWs at a premium, all E39 M5s are on the rise.

This example, offered on Bring A Trailer, is a final-year, one-owner car with 24,044 miles on the odometer. The car appears to be all original apart from the, uhm, interesting aftermarket chrome wheels. While the keyboard warriors of Bring A Trailer have raised arms over the seller’s choice of rims, collectors have been busy bidding. Currently sitting at $59,000 dollars with four days of bidding left, where do you see the hammer falling on this M5? 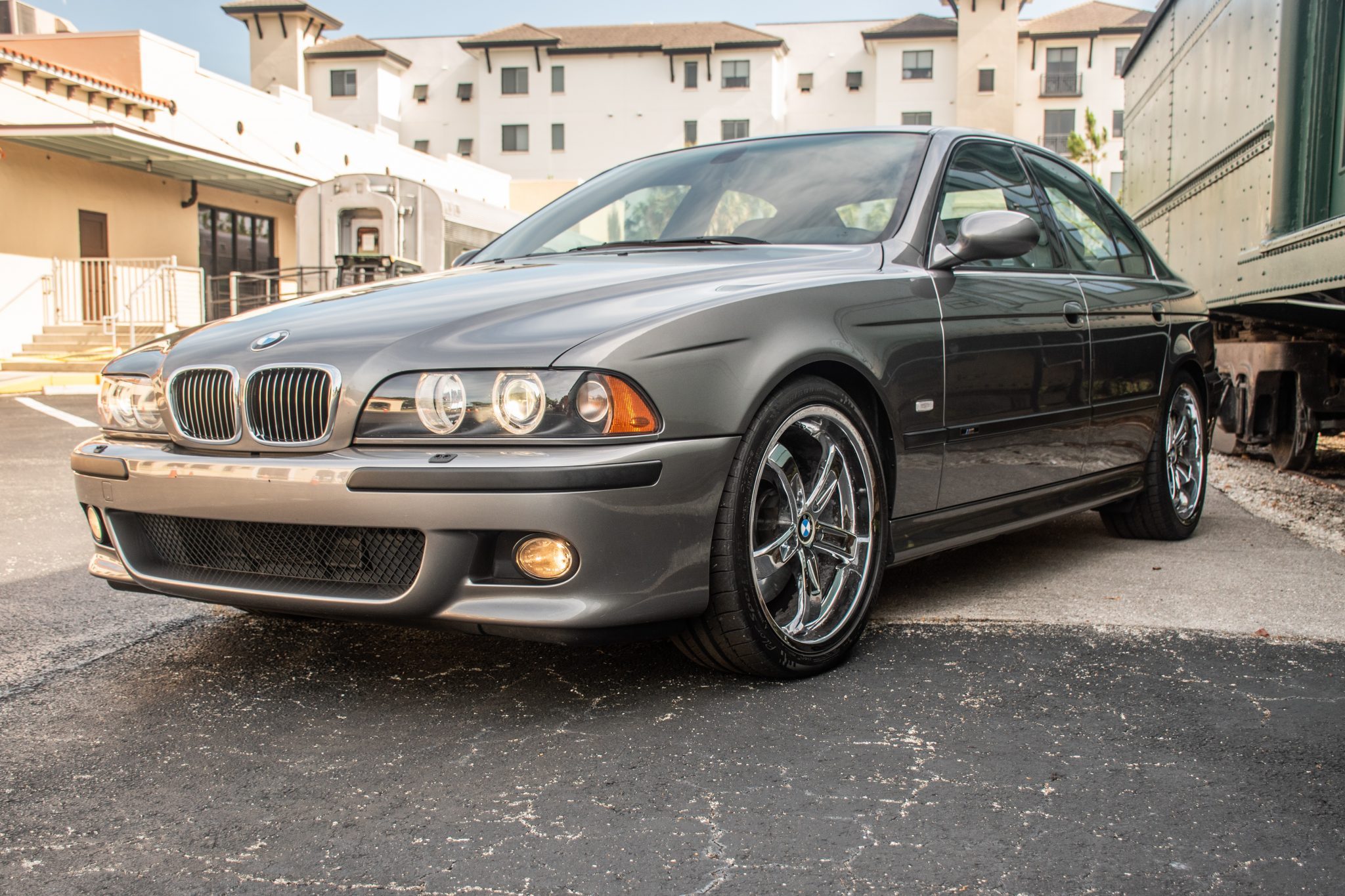 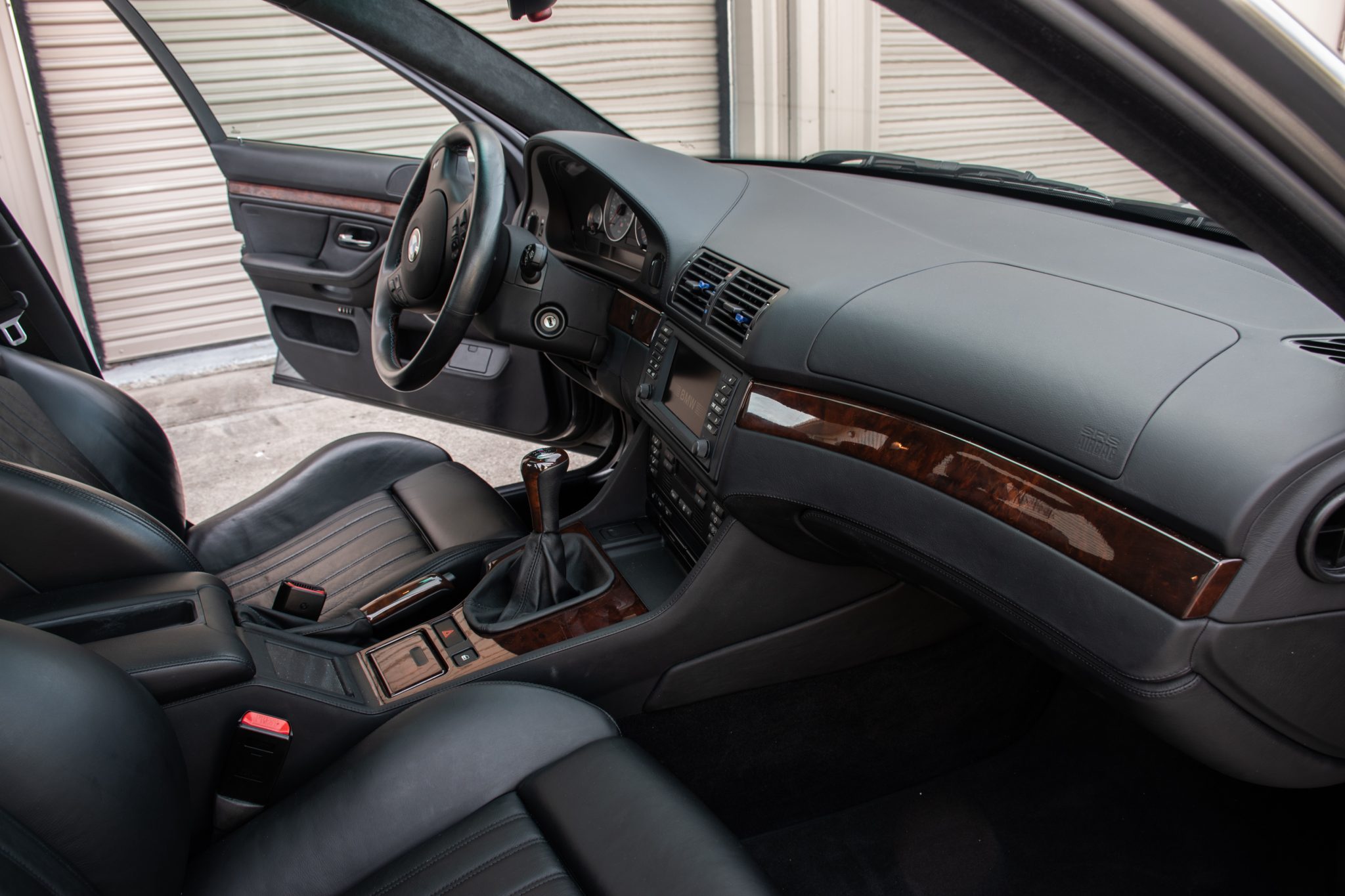 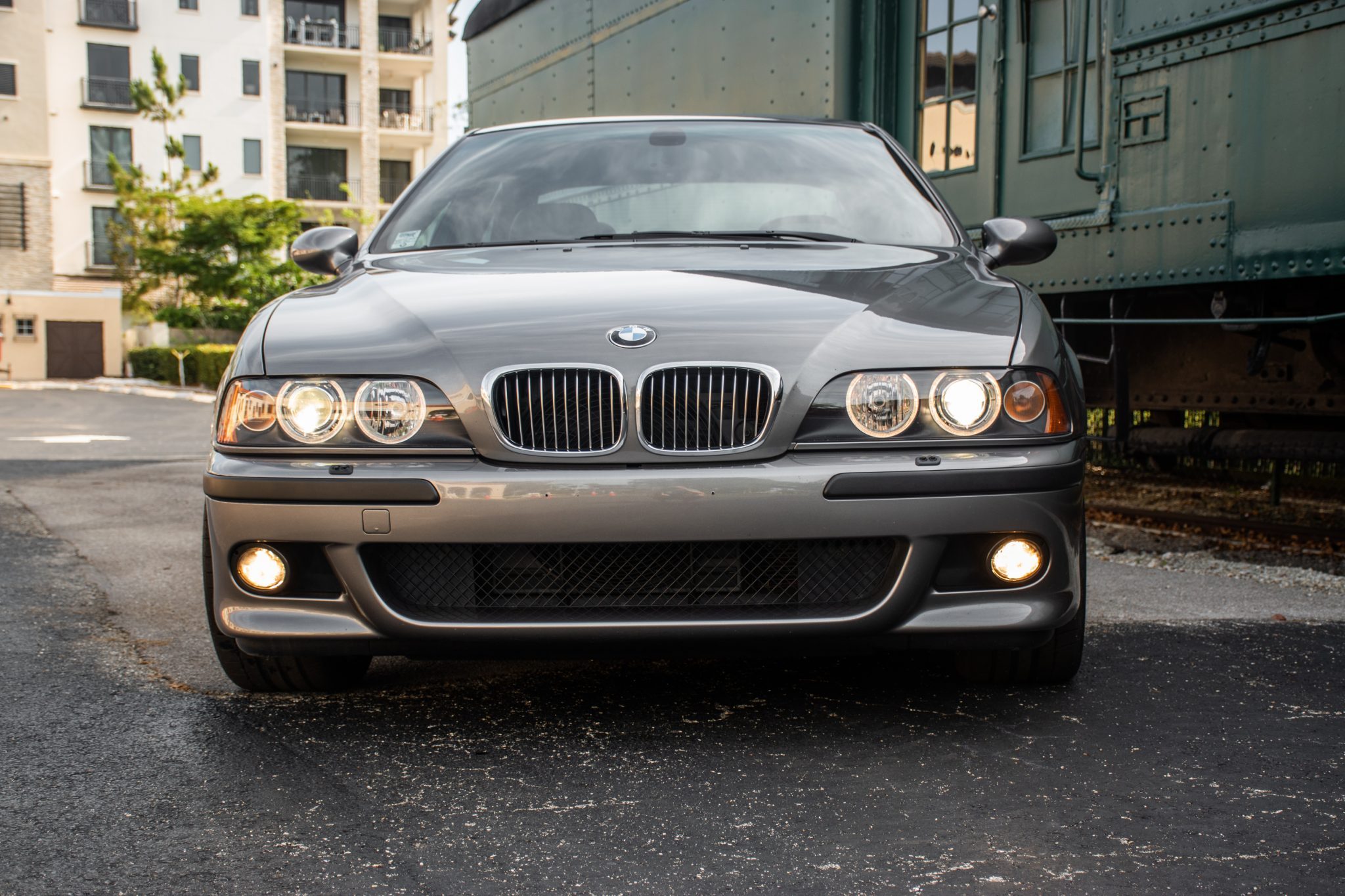