How high will this Anniversary Countach go?

You probably won’t be surprised to hear that Insider staff spend an inordinate amount of our day to sharing links to cars for sale and guessing what they’ll go for. We thought we might as well bring you in on the fun. Here’s one we’re watching this week.

Our take: Produced between 1974 and 1990, the Lamborghini Countach served dutifully as the poster car for multiple generations of enthusiasts. Over its sixteen year production, Lamborghini served up six different iterations, from the relatively simple, Marcello Gandini-penned lines of the early LP400s, to the increasingly mad designs of the Quattrovalvole and subsequent 25th Anniversary cars. Each variant of the Countach has its own following—and its own price point.

Though the term “unloved” may seem unbefitting of any Countach, historically speaking, 25th Anniversary cars have always brought the smallest premiums of the bunch, despite being the last of the breed. While the early LP400s (’74-’76) regularly command more than $1 million due to their design purity and low production volume, we have rarely seen Anniversary cars such as this one bring much more than $300,000. Even the intermediary QV models (‘85-’88) command a premium of at least $200,000 above that of an Anniversary car in similar condition.

However, we’ve wondered if the general rise in values of 1980 and ’90s performance cars, powered largely by the sort of Gen–Xers who would have been young and impressionable when the Anniversary cars were new, could cause the deltas typically observed between the early and later Countach to shrink.

This listing, for one of 658 Anniversary cars, indicates that’s starting to happen. With seven days left at the time of publication, the car has already been bid above our condition #1 value (note: we have not rated the condition of this particular Countach).

Sold new in Palmyra, NJ, in 1991, the car shows just over 5,000km on the odometer, is finished in its original black-over-black color scheme, and has a well documented past. Original, oh-so-1980s elements like the 15-inch Oz Racing “phone-dial” wheels, the Horacio Pagani-designed body kit with hugely flared arches, massive rear wing, and NACA ducts are all present.

Those features once connoted a “lesser” Countach but are the stuff of dreams for younger enthusiasts. This 25th Anniversary appears to be a great example for those looking to fulfill that dream. Currently sitting at $330,000 with 11 days of bidding left, where do you see the hammer falling? 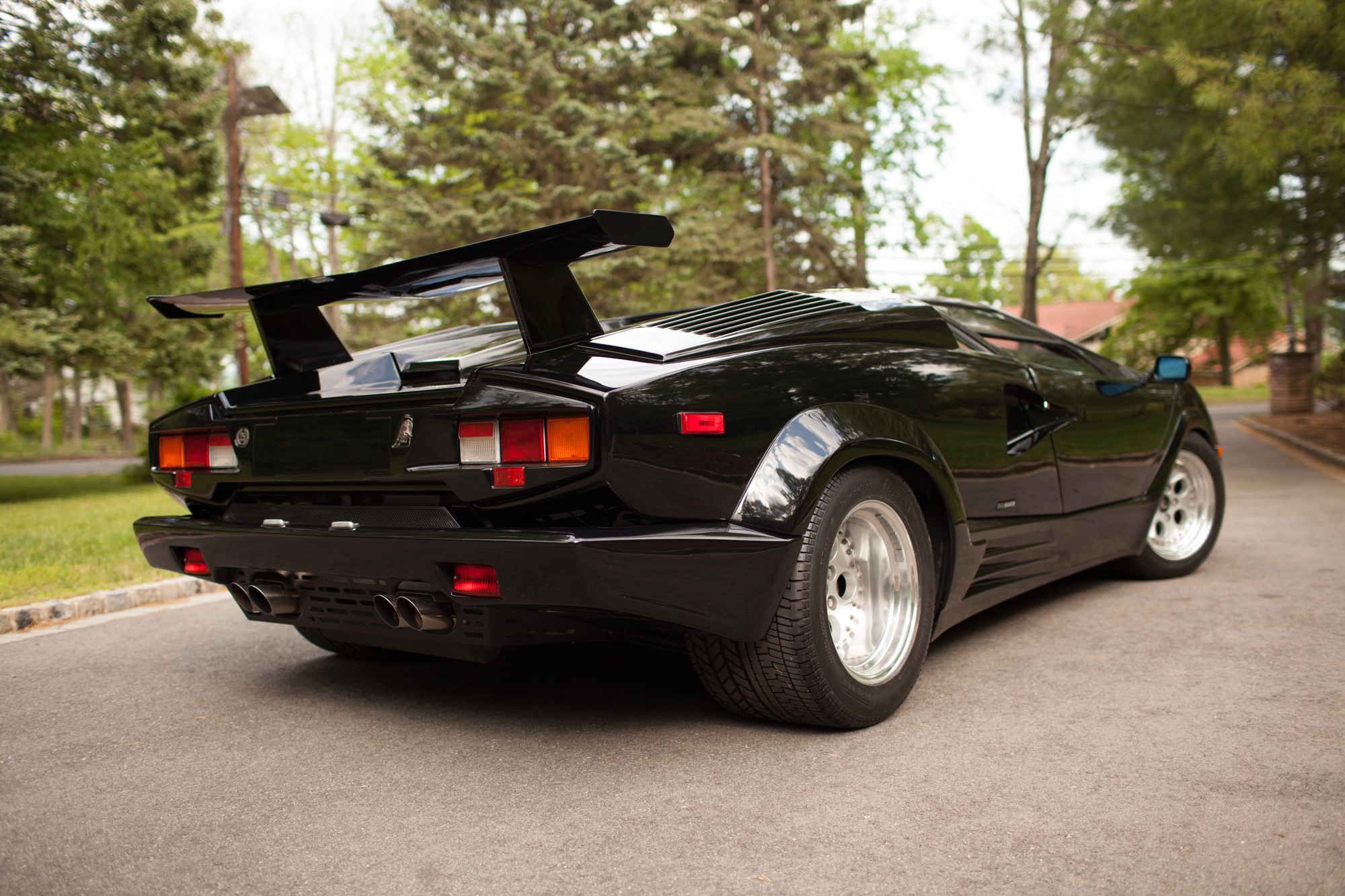 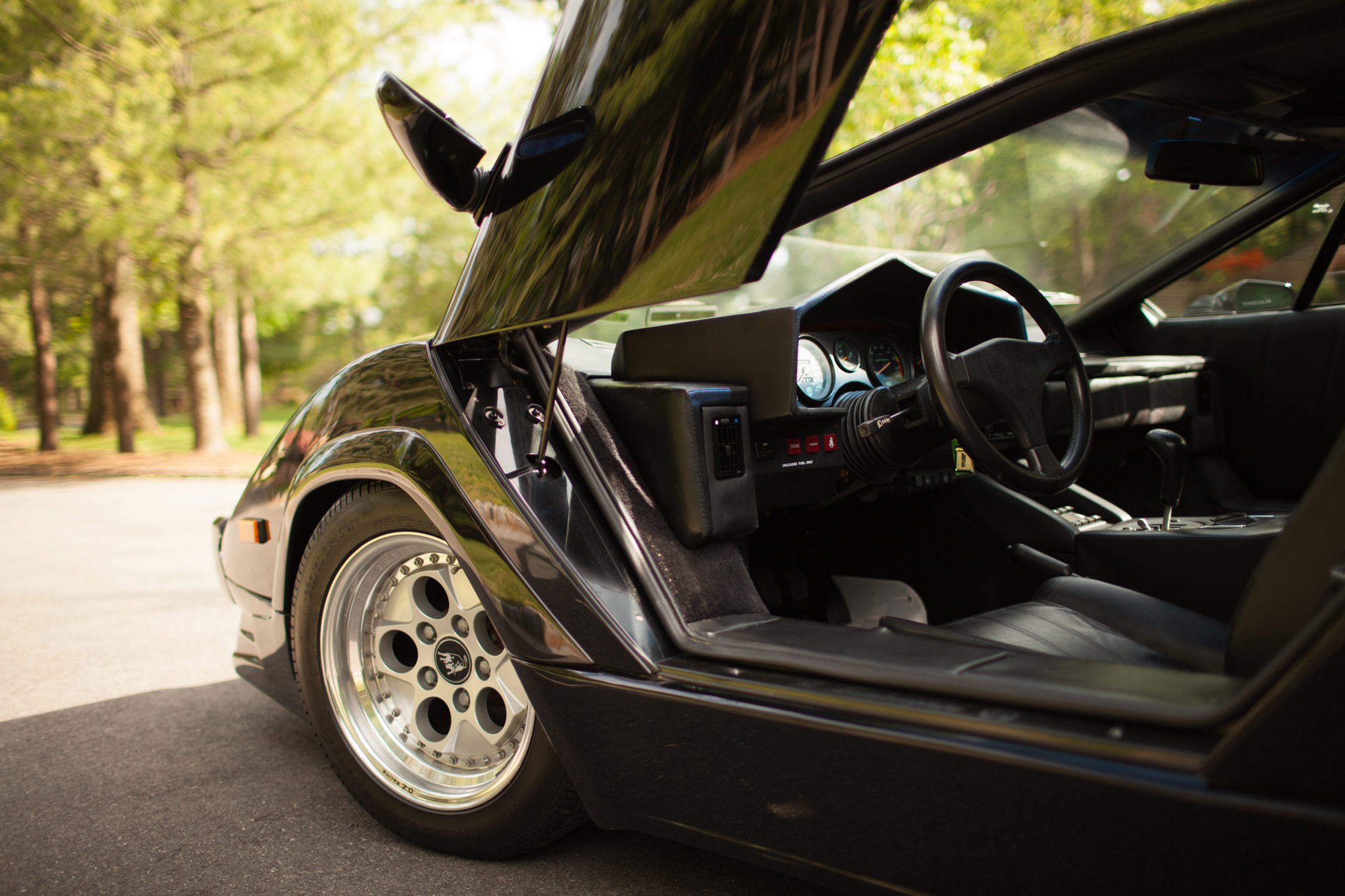 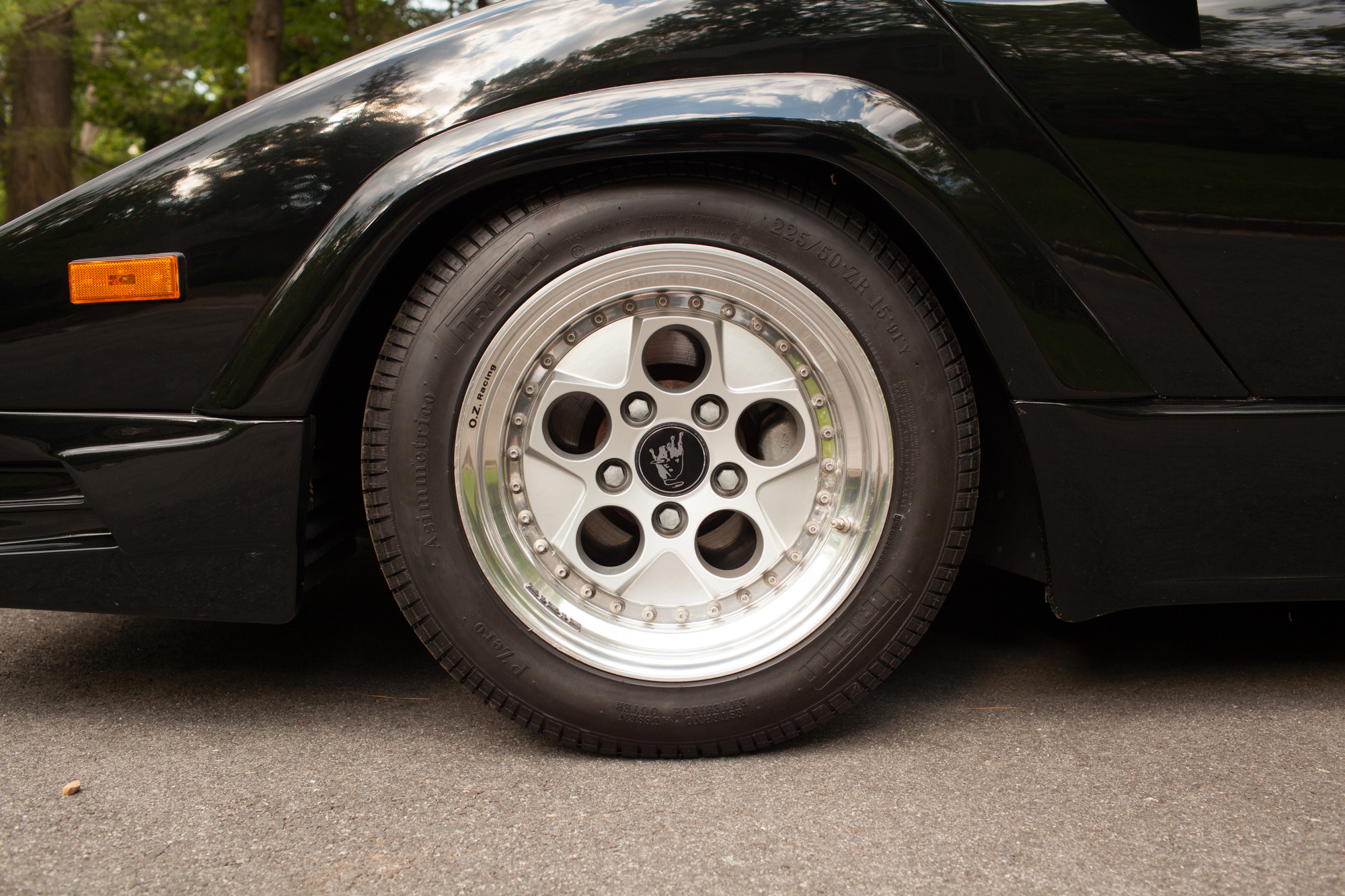 A story about
Bring a TrailerLamborghini 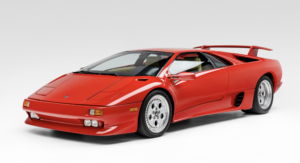 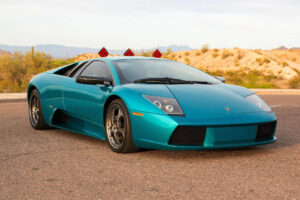