A league of extraordinary gentlemen: The secrets to the success of Ferrari Challenge

The only element of Ferrari Challenge that isn’t professional is the drivers. Which is precisely why it exists.

Inaugurated in Europe in 1993, the one-make series provides what contemporary pundits would call a “safe space” for gentleman drivers to race their state-of-the-art Ferraris in wheel-to-wheel competition. At the same time, Ferrari Challenge forges an ever-tighter bond between Ferrari owners and a marque that’s become one of the world’s most enduring brands.

“We try to take a complete view of the desires of our drivers and also their families and friends,” says Matteo Torre, president of Ferrari North America. “Our clients are deeply passionate about the Ferrari brand and its racing history. But drivers will routinely bring loved ones or business associates to their home race weekend, and it is critical that [their guests] have an enjoyable experience, even if they are not as passionate about the racing.”

The Ferrari Challenge formula of marrying hard-core competition with lavish meals and entertainment in a one-make series has been mimicked by other premium manufacturers such as Porsche, Lamborghini and Maserati. But no company has done it longer—or, depending on your metrics, better—than Ferrari.

“People say Ferrari Challenge is just a bunch of wealthy guys going around a track, but I’m constantly surprised by how good the drivers are,” says Brad Hortsmanm, a 53-year-old financier and self-described adrenaline junkie. “Ferrari comes in and absolutely takes over the track in a good way. Once you get inside, it’s like a sea of red. And the hospitality is like nothing I’ve seen anywhere else.”

The success of the series begins with the car. The 488 Challenge Evo is a race version of the already capable street machine that slots in between the price and performance of GT3 and GT4 cars. “I just love it. It’s a beautiful and functional piece of art,” says Yahn Bernier, a 53-year-old video game company director. “The cars are so fast that I don’t know if I should be allowed to drive them!”

The Evo is motivated by a turbocharged 3.9-liter V-8 with 661 horsepower routed through a Formula 1-derived paddle-shift 7-speed DCT gearbox. The car rides on model-specific Pirelli rubber mounted on 19-inch wheels, 9.5 inches wide at the front and 12 inches at the back. Naturally, the brakes are carbon-ceramic.

Inside the carbon fiber-trimmed cockpit, a formula car-style steering wheel and center console are festooned with buttons and dials that adjust the traction-control, ABS and electronically locking differential. One particularly slick touch is the rear-view camera, which comes in handy for more than just parallel parking.

Because the Evo packs 160 more horses than the Balance of Performance-limited IMSA version of the car, it’s significantly faster on the straights than the “pro” model. But because it features a full panoply of aerodynamic appendages—front splitter, rear diffuser, canards, and a massive wing—the Challenge 488 is relatively easy and highly rewarding to drive.

Cars—which sell for about $330,000—must be campaigned through a Ferrari dealership, though prep and racetrack support are usually handled by professional race teams. The season typically consists of seven races. Factoring in travel, test days, crash damage, and other ancillary costs, entrants spend anywhere from $600,000 to $1 million a year, not including the car.

Drivers are grouped by speed and experience into four classes. Here in North America, races commonly draw 40 to 50 drivers. There are parallel series in Europe, Asia-Pacific and the United Kingdom, and a year-end global championship—the Finali Mondiali—is held at an exotic, far-flung racetrack. (Later this month, it will be at Mugello, the Ferrari-owned circuit in Tuscany.)

Cynics claim that Ferrari originally launched the series to move unsold 348s, a car that often shows up on lists of Worst Ferraris Ever (including ours). “At first, we didn’t even know how many cars we would have. But 12 or 13 showed up, so was said, ‘Let’s a have a race,’” jokes Didier Theys, the longtime head coach of the series. “Now we get 50 cars. But participation is a little bit like the stock market. It goes up a little, it goes down a little.”

Given the costs of competing, Ferrari Challenge sits firmly in the “experience” versus “investment” side of the high-end-car ownership spectrum. That said, there does seem to be an afterlife—and growing appreciation—for the cars. Cavallino, for instance, will host a Challenge class next year to celebrate 30 years of the series. Based on occasional public sales and the Hagerty Price Guide, the cars are—speaking very generally—worth slightly less than well-kept examples of the Ferraris on which they’re based, which is not bad considering the hard miles a race car covers and the fact that there’s limited use for them beyond track days (the last street-legal variant was the F355 Challenge).

Ferrari Challenge offers selling points that appeal to both neophytes and veterans, whether they’re determined to win races or just out to have a good time. Chief among them is the spec car, which means drivers don’t have to worry about getting beaten by rivals with more cubic inches (or more cubic dollars). Also, pro drivers generally aren’t welcome, though Cooper MacNeil, a ringer who is racing concurrently in IMSA’s GTLM class, was permitted to compete this year. (Possibly related factoid: MacNeil’s father, David, is a world-class Ferrari collector.)

The series isn’t nearly as cutthroat as more rarified forms of pro racing with IMSA, SRO or Trans Am. Yet it represents a huge step up from club racing with organizations such as SCCA or NASA, much less Lemons or ChampCar.

Because the cost of entry is so high, there’s a no-crowds-and-no-crowding ambience that strongly discourages chippy post-race confrontations. As the sporting regulations declare: “Drivers are expected to be competitors rather than combatants, and to place the spirit of fair and safe competition ahead of finishing position. This applies to on-track and off-track etiquette.”

The racetracks are universally top-shelf, so entrants never find themselves at dumpy club circuits in godforsaken locales where it’s impossible to find decent food, much less luxurious lodgings. And they’re coddled by the organizers, who import chefs from Italy to prepare the meals and stud the race meetings with parties and new-model introductions.

“The investments in this aspect of the weekend are significant, and we work to ensure that the experience is always surpassed by the next one,” Torre says. “Certainly, the 2021 season was a new high-water mark. Our hospitality has been compared in scope and quality to the Formula 1 Paddock Club.”

But to a certain extent, this is all window dressing. The essence of the series is the action on the racetrack. Unlike most other one-make series, Ferrari Challenge rarely runs as a support race to a larger event, such as F1 or IndyCar. “We don’t want the drivers to be treated like second-class citizens,” Theys explains.

Because Ferrari Challenge is usually a stand-alone proposition, the organizers are able to optimize the schedule and logistics for the benefit of their customers. During a typical two-day SCCA weekend, entrants get less than two hours of seat time. Ferrari Challenge, by way of contrast, offers open testing on Wednesday and Thursday, practice on Friday, and then two qualifying sessions and two races on Saturday and Sunday.

“There are eight hours available on both Wednesday and Thursday and three hours on Friday, and then you get the races on the weekend,” says Horstmann, who raced with SCCA and PCA before transferring his allegiance to Ferrari Challenge. “I enjoy racing here so much that I don’t have the desire to race in another series.”

When you attend an event in person, it seems just like a real-deal race with all the trappings you’d expect of a legitimate spectator event. The 488 Evos look bad-ass and sound menacing, and because everybody is in the same machinery, the competition is tight and contentious. This is by design rather than happenstance.

“We suggest eight to 10 days testing with a coach before going racing,” Theys says. Even after joining the series, most drivers continue to work with name-brand coaches such as Ryan Dalziel, Anthony Lazzaro, James Gue, and Daniel Mancinelli. “I have a list of 60 coaches,” Theys says. “I try to match drivers with one with the right personality.”

“I didn’t really poke around too hard at other series,” says Bernier. “I like the arrive-and-drive aspect of the series. I don’t want to put tires in a truck and haul them to the racetrack. This is an all-consuming hobby, but it’s still just a hobby.”

Inevitably, some entrants drift away from racing after a few years. But Torre says 10 to 15 newbies sign up each season. And there doesn’t appear to be any chance that the pipeline will dry up anytime soon. As Horstmann puts it: “By definition, if you’re a car guy, you’ll end up in a Ferrari one day.”

And if you want to see how well that car really performs on the limit—and your investment portfolio can afford the hit—then Ferrari Challenge beckons. 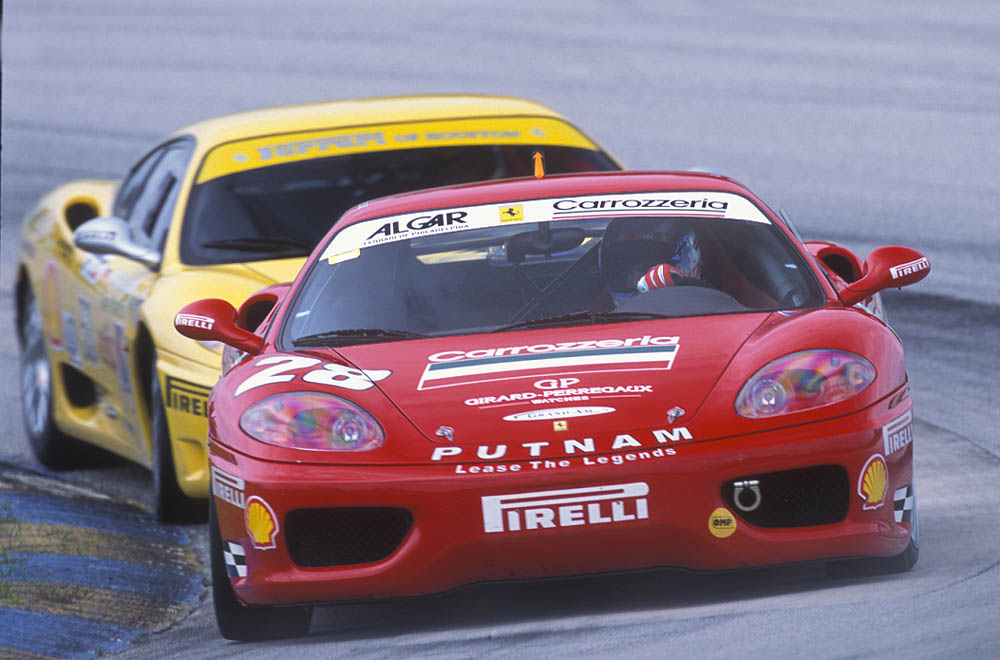 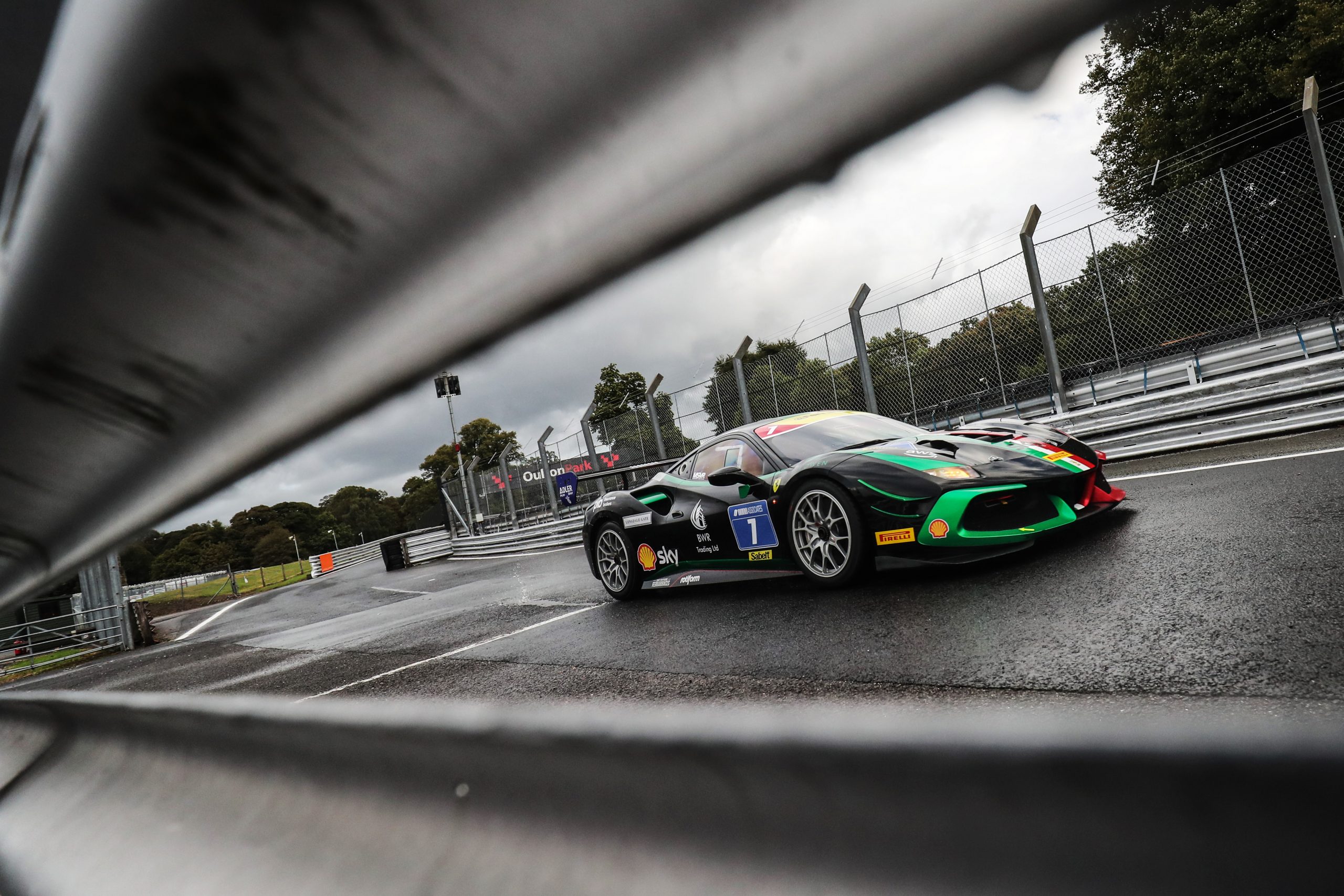 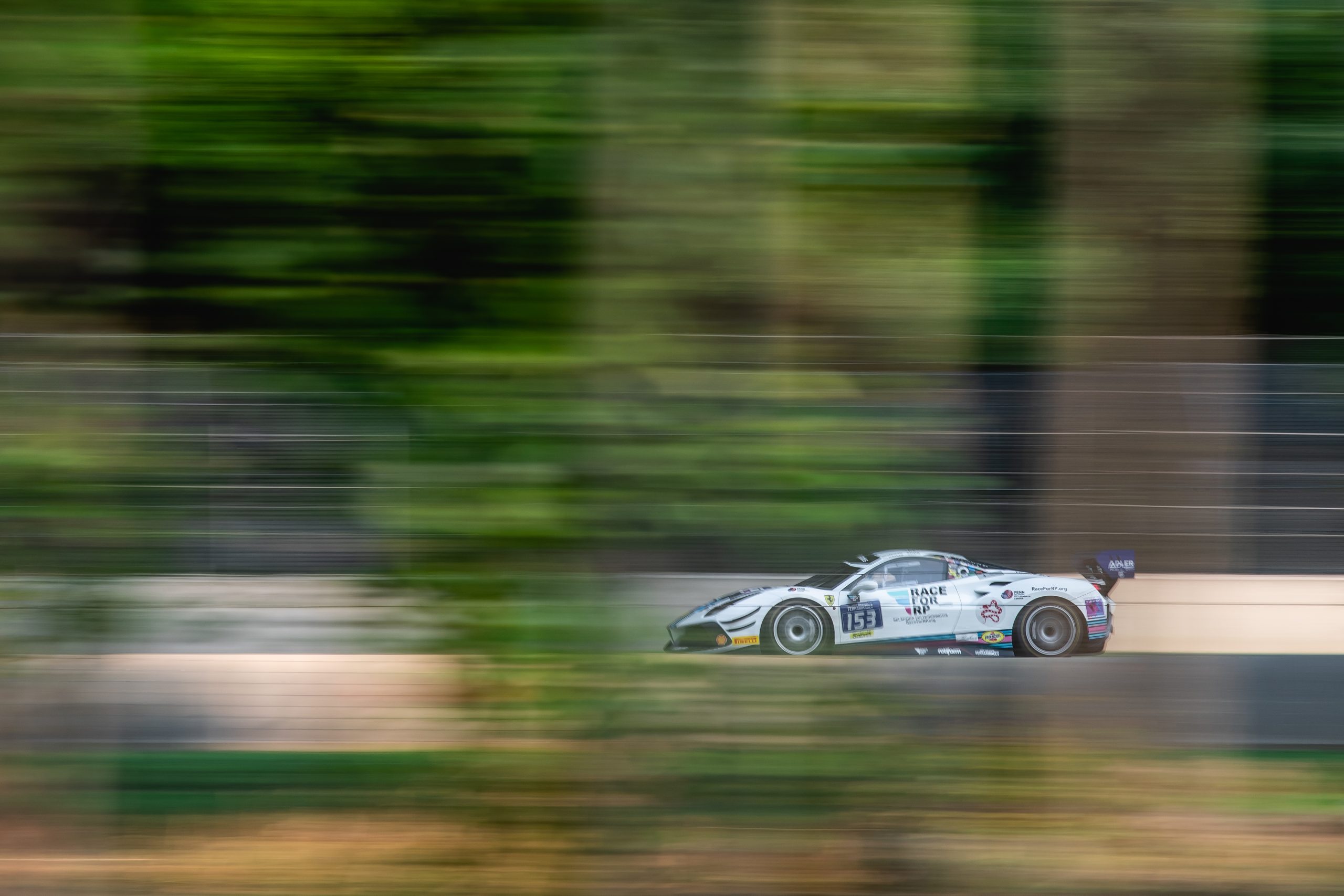 No Flares, no chairs? No problem! Guess the winning bid on this Dino [Guessing Closed]