The turn of the Millennium was a strange time. People were getting in fistfights over Furbys while stockpiling canned food for Y2K. Although we were officially heading into the future, car manufacturers were designing cars that referenced their storied past. For some reason they thought, “It’s the year 2000, people want to drive something that looks like the 1950s.”

Some of these designs took off. VW New Beetle, anyone? Others, like the Plymouth Prowler, effectively flopped. Some two decades on, the retro craze is still with us, as evidenced by the hype surrounding the new Bronco. Meanwhile, some of those early 2000s designs are themselves old enough to be viewed with nostalgia and, yes, collected. Case in point: The Toyota FJ Cruiser.

Under the obvious nods to the FJ40 (the boxy shape, white roof, wraparound rear windows, and the narrow “TOYOTA” grille flanked by round headlights), the FJ Cruiser is a true off-roader. Based on the 4Runner chassis, it uses the same 4.0-liter V-6 and many of the same suspension components. A sophisticated full-time 4×4 system with a Torsen center differential accompanied the optional 6-speed manual transmission, while automatics were coupled with a simpler part-time 4×4 system. (There was also a rear-wheel-drive model, but few were sold.) The independent front suspension made for comfortable on-road driving, while the solid rear axle with electronic locking differential offered enough grip and articulation for off-roading. With nearly 10-inches of ground clearance, it could ford a 27.5-inch deep river in stock form and the weather resistant interior made for a quick cleanup once on the other bank. Referencing the 70-series Land Cruiser, three-gauges are mounted prominently on the dash—a compass, thermometer, and inclinometer. The FJ Cruiser begs for adventure.

Not all that many people answered its call. The FJ enjoyed a long run, from 2007 to 2014, but sales in the United States were always a fraction of Toyota’s obvious bogey, the perennially popular Jeep Wrangler. It’s possible no truck would have broken through the Big Three loyalty of truck buyers (see: Toyota Tundra). However, you could also blame those cool looks. Like so many retro designs, the FJ Cruiser’s compromises functionality in the name of concept-car flourishes. The truck feels cramped despite its not-small footprint, and its rear blindspots dwarf a fifth-gen Camaro’s. And whereas even Mustang fans will generally admit the Camaro looks cool, the FJ gets a mixed reaction. A straw poll of the Hagerty office puts the love-it-or-hate-it design at a 60/40 split in favor of love.

Even as sales of new FJ Cruisers waned, though, values for the trucks it paid tribute to were skyrocketing. It was during this very period that FJ40 values initially took off. When the FJ Cruiser was first released, an original FJ40 in excellent (#2) condition was worth $17,500. By the time the last FJ Cruisers hit dealer lots, that same FJ40 was worth $66,800—almost four times as much.

Between 2015 and 2019, later Land Cruisers started to get attention as buyers sought cheaper (and arguably better) alternatives to the FJ40. In the past couple of years, all Land Cruisers have been on the rise again. Most notably, the more modern FJ60 and FJ80, which have increased 35 percent and 23 percent respectively in the last year alone. The increased attention to the more modern Land Cruiser models bodes well for the truly modern FJ Cruiser.

Back in 2017, when the last FJ Cruisers were only 3 years old, we hypothesized that it would be a future collectable. At the time, it seemed like a no-brainer. Resale values for the FJ-C were hovering around 70 to 90 percent, regardless of the miles. We were even as bold as claiming "well-maintained examples could increase in value by 25 percent in the next five years." So, how'd we do?

Frankly, we should have been even bolder.

Something happened in 2020. Classic car auctions went from selling two or three FJ Cruisers a year to selling more than two a month. Median sales prices for the base model more than doubled from about $14,000 in 2019 to $27,500 in 2020 and continued to rise to $30,450 in 2021. We're feeling the heat on the insurance side of the business—policies for FJ Cruisers have been doubling every year since 2018 and aren't slowing down.

It's clear the FJ Cruiser has hit the mainstream, no longer relegated to the off-road community and Toyota-obsessed (who never let them sell below $13k). This attention has seemingly come out of nowhere. Back in 2017, when we last examined the FJ-C, none sold at classic car auctions the entire year.

Time will tell if values will remain high, but it's very likely they will indeed, given the breadth of its appeal. Looking more closely at all those people who get insurance from us for their FJs, we see Baby Boomers account for 39 percent of owners, while those vintage-truck-obsessed Gen–Xers make up 47 percent. Millennials currently only own 5 percent of FJ-Cs but they make up 20 percent of those calling us for quotes on new policies. Millennial interest is feeding appreciation for many cars from the 2000s. The difference here is the Baby Boomers and Gen-Xers who already own them also love them. That only helps drive up the prices, as new buyers are met with owners who know what they have and don't need to sell.

If you love the FJ Cruiser and are opening a Craigslist window, don't pull the trigger just yet. There are a couple things you should look out for:

Like many clean sheet designs, the FJ Cruiser had a few issues when first released that Toyota later addressed. Early 2007 models had weak differentials. Many were fixed under factory warranty. Another design flaw on 2007 and 2008 models caused the engine bay's inner fender aprons to bulge and crack, leading to structural issues. Finally, the FJ Cruiser received an engine update in mid-2009. Initially, they were powered by a 4.0-liter "1GR-FE" V6 with single variable valve timing (VVT-i), and premium fuel was recommended to unlock all 239 horsepower. For the 2010 model year, the V-6 was upgraded with dual VVT-i that increased output to 259 horsepower on regular 87 octane. No wonder 2010-and-later models sell for about $15k more than a 2007–2008 model in comparable condition.

If you want to make other FJ Cruiser owners jealous, keep an eye out for a good Trail Teams Edition. They feature an upgraded Bilstein suspension and a special monochromatic color scheme that changed each year. In 2013 and 2014, Toyota added the CRAWL control system, which uses a load of computers and sensors to improve low-speed traction over loose surfaces, although many collectors don't consider this worth the extra cost. From 2008 to 2014 (excluding 2009), Toyota built 14,700 Trail Teams Editions.

The FJ Cruiser was one of the few times in Toyota's history where fun was an integral part of the design process. This, coupled with Toyota's legendary reliability and off-road history makes for a winning combination. Like many classics, the FJ Cruiser was not appreciated enough in it's time and has improved with age. 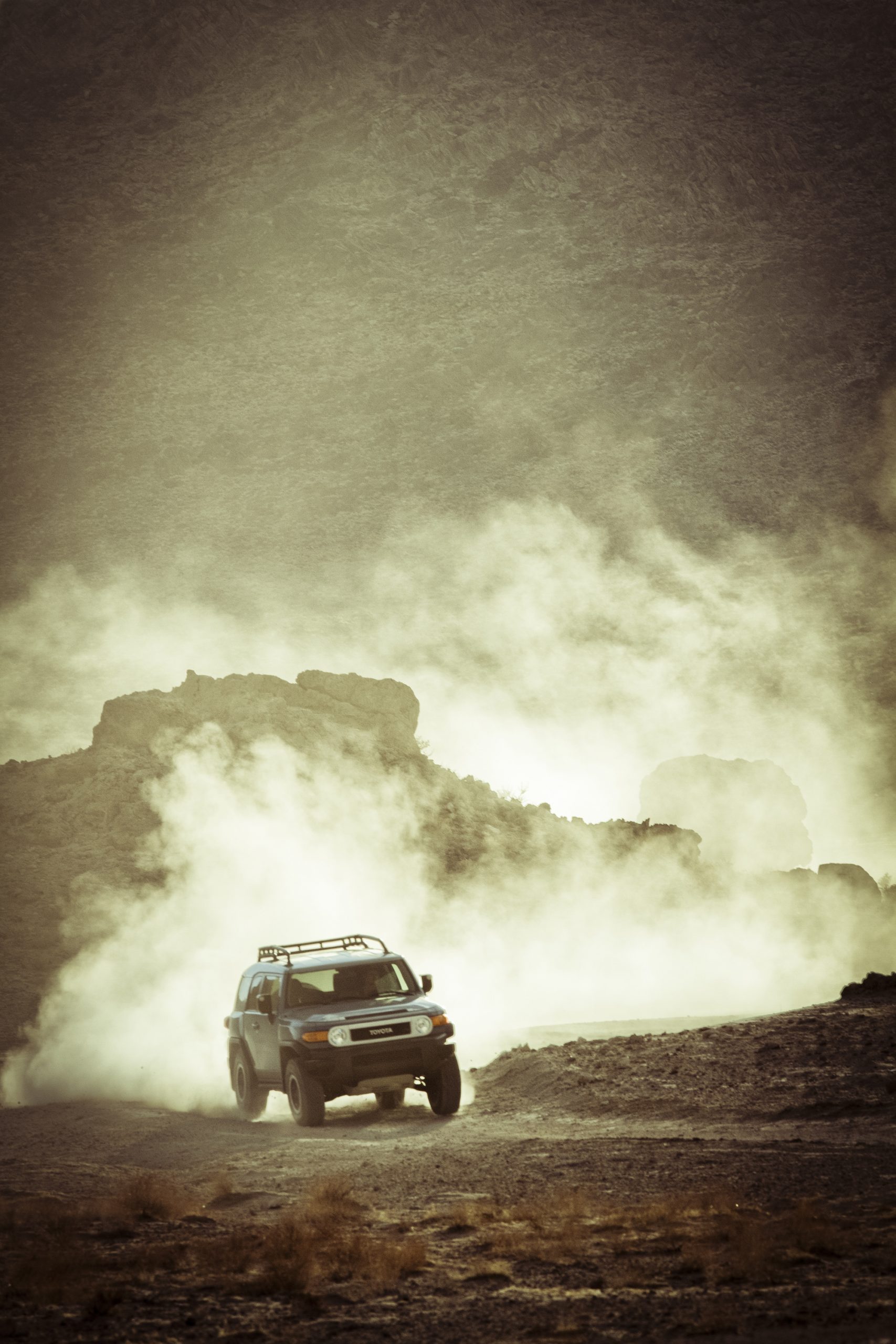