Everybody knows that not all Mustangs are created equal, and among the Fox-body (1979-93) cars the original Saleen sits atop many a Ford fan’s wish list. That wide body kit, the wild interior, and the racing pedigree speak for themselves. Yeah, you bet we put it on our list of the 25 greatest ever Mustangs.

That sentiment bears out in the market, too, as Saleens command a premium price over “regular” 5.0 GTs and LXs. They appreciated faster over the past several years, earning Saleens a spot on the 2019 Bull Market list. In the Hagerty Price Guide, only Dearborn’s own ‘roided-out Fox-body, the ’93 SVT Cobra R, is worth more. Fox-body Saleens (especially clean ones) are also rarer than you might think, so this ’87 model definitely caught our eye when bids for it started heating up on Bring a Trailer this week. When the timer finally hit zero the winning bid was $50,000. Seems appropriate for a 5.0, right?

In fact, that’s $8500 more than our current condition #1 (“concours,” or best-in-the-world) price. And this isn’t an in-the-wrapper zero-mile creampuff, either. Its odometer reads 30,435, but $50K makes it the most expensive Fox-body Saleen sold on BaT, and potentially another bar-raiser in the market for these track-bred pony cars.

In the 2000s Saleen built its own S7 supercar and in 2004 got the contract to build the new Ford GT. Today the company builds a sports car called the S1 and even operates a showroom in Shanghai, China. Steve Saleen is best known, however, for essentially doing to mid-80s Mustangs what Carroll Shelby had done 20 years earlier with the GT350. Stiffer suspension, alloy wheels, and stickier tires turned the Fox-body into a stiff, no-apologies corner-carver. And although Saleen left the 5.0 engine alone to avoid running afoul of the EPA, there were interior upgrades, an aerodynamic wide body kit and very loud (even by ’80s standards) graphics to let everybody know that your ‘Stang was something special.

Ford noticed, and put Saleens on the showroom floor right alongside LTDs and Tauruses. Saleens even came with a Ford factory warranty. On track, meanwhile, Saleen Mustangs won the 24 Hours of Mosport three years in a row from 1986 to 1988, and the Saleen Mustang team won the Driver, Team, and Manufacturer titles in the 1987 SCCA Escort Endurance Championship. Pretty good for a company that had been founded just four years earlier.

An even better version of an already super-popular car, the Saleen Mustang was nevertheless an expensive product from a small operation, which meant that few people bought one even if everybody wanted one. The base price for a 1987 Mustang LX was $13,000, but a Saleen conversion tacked on another $7500 to that amount. Even during Saleen’s peak years of 1988–89 it produced only a little over 700 cars per year, whereas Ford churned out over 400,000 Mustangs over the same period. Saleens have a loyal fanbase but theft, racing, hard driving, and accidents have taken more than a few off the road. Only relatively recently have they started to get more respect as Shelby’s 1980s equivalent, although they arguably still have plenty of room to grow.

Values for 1987 Saleens are up 81 percent over the past five years, but our feature car this week was ahead of the curve. It’s still an impressive example. The mileage is impressively low for a nearly 35-year-old car, and it comes with everything you’d want, from extensive paperwork to the original Flo-Fit bucket seats and Escort radar detector. It even has a “Racecraft Suspension” decals and a build number (“187”, out of 280 built) decal on the front bumper. Neat.

Only the side skirts and valances have been refinished—otherwise this Saleen appears original and pampered. For someone who wants one of these tightened up 5.0s to actually enjoy as intended, this car’s mileage is also just right. It’s low enough that there’s a lot of life left in it but not so low that you’d stress at every tick of the odometer. The bidders seemed to agree, and it wouldn’t be a surprise to see a few more Saleens come out of the woodwork after this result.

We noted earlier this week that younger enthusiasts interested in more attainable cars are generating a lot of the heat in the market these days. We see it on Bring a Trailer almost every day at this point, and the buyer here actually summed up all this BaT exuberance pretty well in the comments: “I agree the $50K bid is higher than market for this car. Sometimes a guy wants what a guy wants, really nothing more to it than that.” 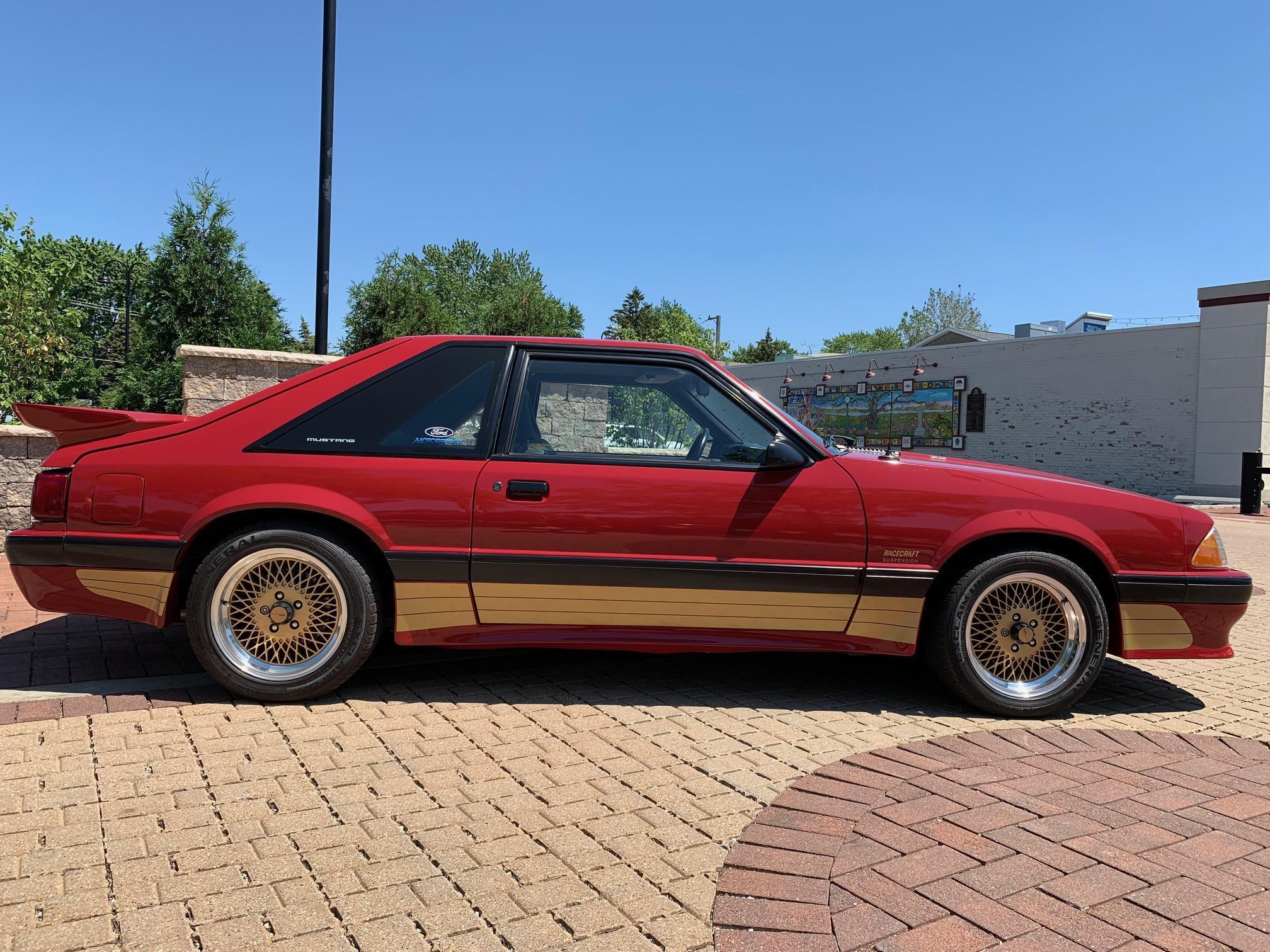 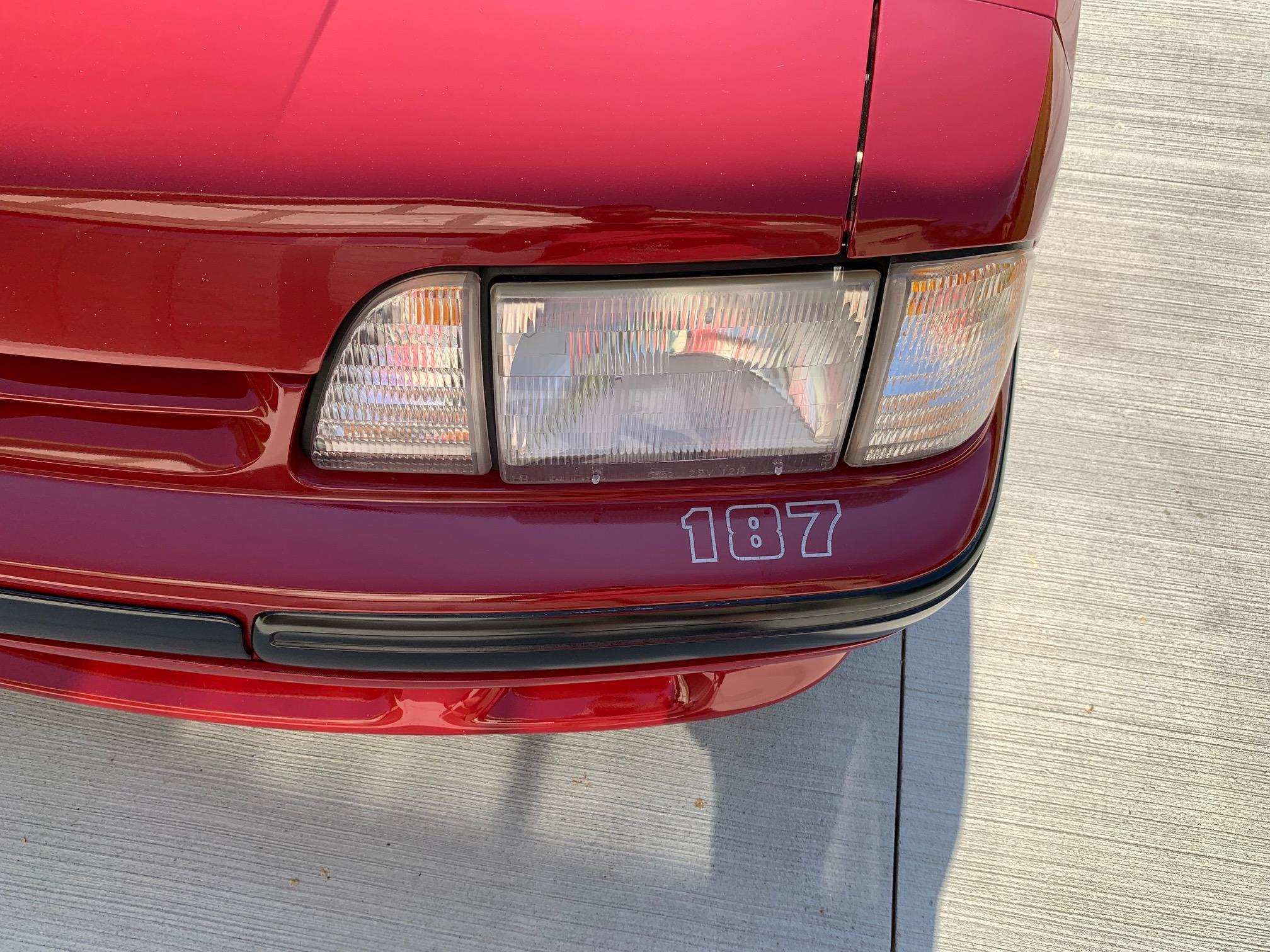 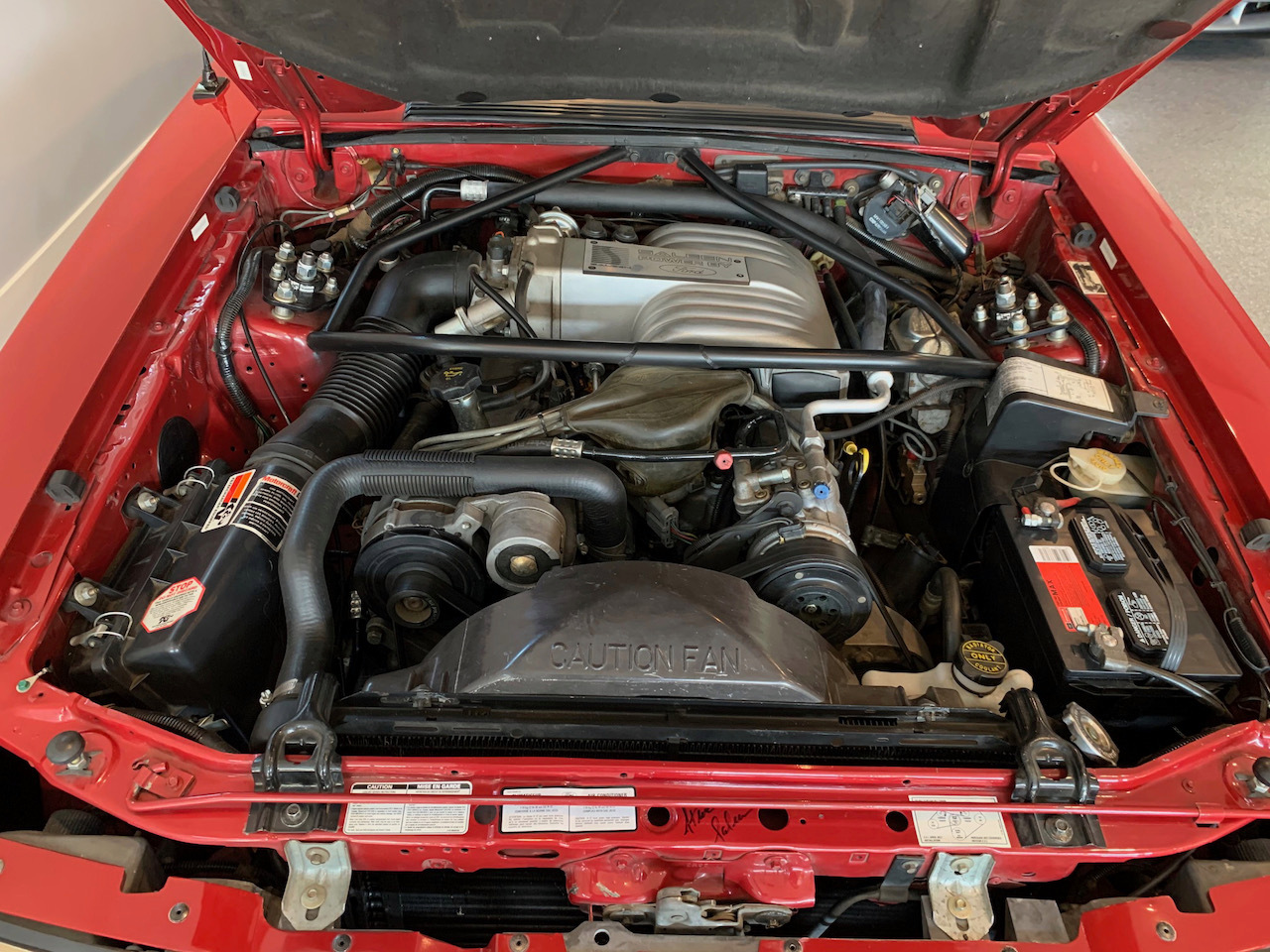 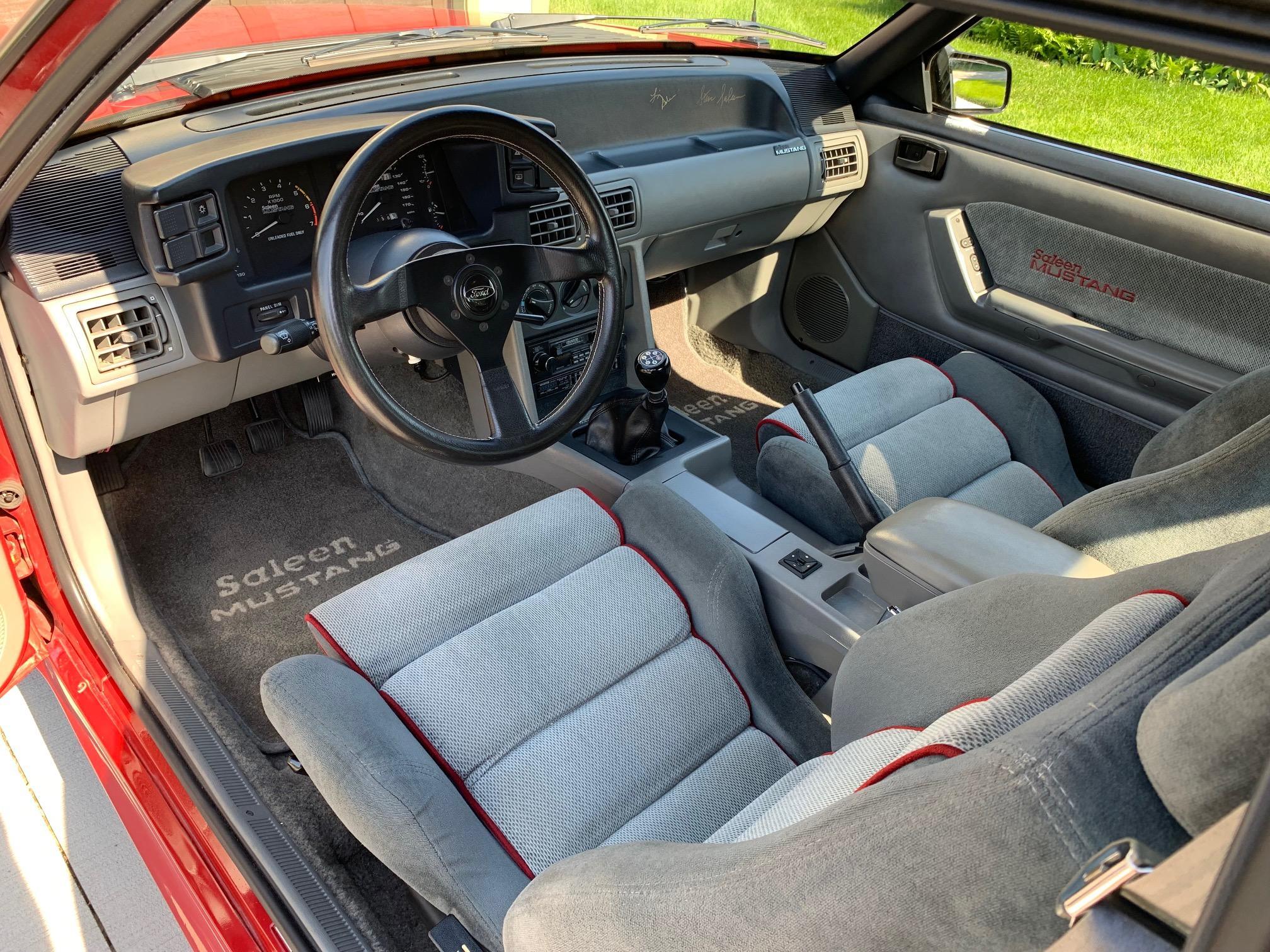 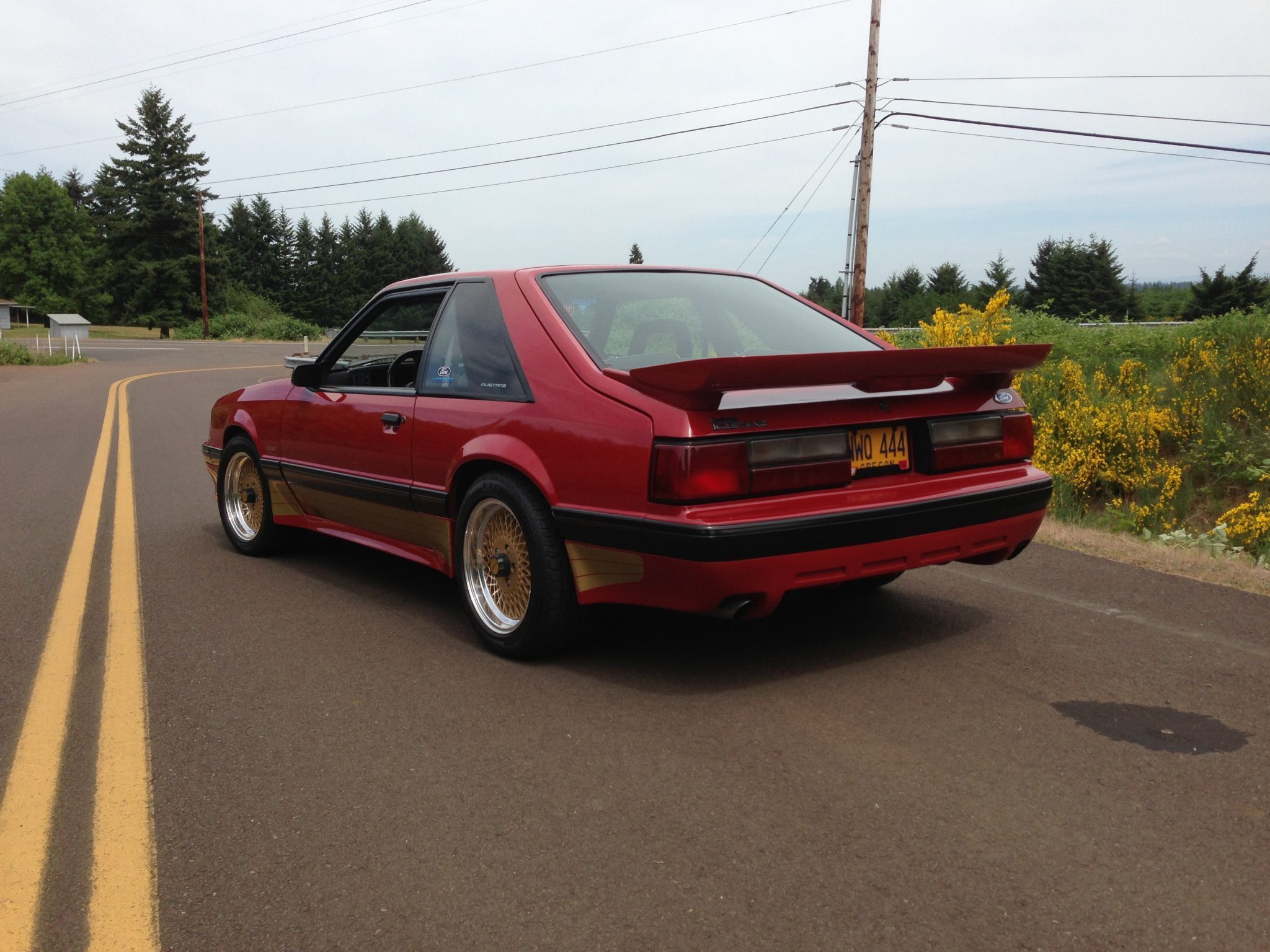