There are a lot of reasons a Ferrari becomes famous. Maybe it wins a major race. Maybe it sets an auction record. Maybe a cluster of famous folk—actors, politicians, celebrities—cycled through the driver’s seat. Even better, maybe it was successfully raced by big names, establishing a high water-mark of prestige, provenance, and engineering.

The Ferrari 410 S you see here, bound for auction at Pebble Beach via RM Sotheby’s next week, lays claim to all flavors of renown. In the notoriously scrupulous Ferrari community, this Prancing Horse has all the right stuff: rarity, a racing pedigree packed with big names, and technological significance.

But what makes chassis no. 0598 really special—we’re talkin’ a $25M to $30M kind of magic—is how it built momentum for the nascent Italian automaker and American motorsports.

In the early 1955, American motorsports by and large meant the Indianapolis 500 and, if you lived in certain regions, NASCAR’s fledgling stock car series. It certainly did not mean road racing. The fledgling SCCA was only just starting to compete on purpose-built race tracks, a gradual but welcome transition away from a schedule of patched-together circuits overlaid on public roads and airport strips (which was as dangerous as it sounds).

Meanwhile, Ferrari had only built race cars under its own moniker and mascot for eight years, and it was only just beginning to import handfuls of racing cars into the United States via a warehouse in Manhattan. Expansion was purposefully slow, as Enzo Ferrari was discerning about which teams he allowed to purchase and campaign his Italian purebreds. He prioritized wealthy owners and talented drivers—and chassis 0598 received the best of both.

The 1956 racing season was the middle of Carroll Shelby’s relatively short—but very impressive—driving career; it was only four years later when heart trouble forced him to the other side of the pit wall. Sports Illustrated named him U.S. Sports Car Driver of the Year in ’56, but Shelby couldn’t have done it without chassis 0598–or without the deep-pockets of race team owner John Edgar. Before he owned his Ferrari-focused privateer race team, Edgar pursued his own passion for competition behind the wheel; first at the helm of boats and then, after a nasty yachting crash broke all his ribs and lost him a kidney, in cars.

Backed by this Southern California patron, Shelby won more races—eight—in chassis 0598 than he did in any other car. “Nothing can touch this Ferrari if it runs,” he told the Los Angeles Times in-period.

0598’s race record is dominated by Shelby, but he shares the seat with another landmark driver—Juan Manuel Fangio. An Argentinian born to an Italian family, Fangio won five championships in Formula 1 in a seven-year stretch—a record that stood for 46 years—and still holds the record for highest winning percentage in Formula 1. He quickly established himself as a force-of-nature on the world stage of motorsport and cemented his name in history alongside that of Nuvolari, Senna, Moss, and Schumacher.

Formula 1’s website notes that Fangio was criticized by Enzo after he left Scuderia Ferrari for Maserati following his 1956 championship, but we imagine Enzo admired Fangio’s dedication to car over brand: “Fangio did not remain loyal to any marque, and he invariably used every endeavor to ensure that he would always drive the best car available.”

Fangio kicked off the 1955 World Sportscar Championship in chassis 0598 at the 1955 1000 KM of Buenos Aires. The 410 S was tailored for the series by the factory, and Enzo had his heart set on the series’ final leg: the notoriously brutal Carrera Panamericana. A privateer-run 375 Plus captured the checkered flag at the 1954 race, but Ferrari had yet to win the Carrera Panamericana through a works effort.

Each year saw the cars grow in both power and speed. Previous efforts in Ferrari’s “big-block” V-12 entrants proved rather unpredictable over the Carrera’s five days of broken, bumpy surfaces. So, Ferrari designed the 410 S with a wider spaceframe than its hugely successful 375 Plus predecessor and shortened its wheelbase for improved stability.

This newfound sure-footedness left room for additional underhood firepower. 0598 is one of two factory-campaigned 410 Sports built with twin-plug versions of Ferrari’s largest-yet engine, 400-hp a Lampredi V-12 built for the Superameria road car displacing 4961 cc (up from the 4954cc twelve found in the 375 Plus).

Although an exploded diff retired 0598 and Fangio from the 1000-km race, they went out in proper style: Following a protracted pit stop to repair a tire, Fangio and the Ferrari had just wrested the lead back from Stirling Moss and his Maserati when the differential succumbed to excessive heat. No Carrera Panamericana for Enzo—or the 410 S—but no other manufacturer ended up with the series cup; the 1955 Championship season was cancelled outright six months later following the infamous 1955 Le Mans disaster. After retrofitting 0598 and its sister car at the factory, Ferrari offered the twins up for privateer purchase.

Even without a single major event win, 410 S remains one of the most desirable mid-century Ferrari sports racers. It carries a presale estimate between $25M and $30M, and only a higher ratio of international to regional competition wins could make a big-block, ex-works Ferrari from the ’50s more attractive. We must look to similar cars for context, since no 410 Sports have sold in recent memory: Artcurial sold this 1957 335S in 2016 for $36M, a slightly later ex-works racer that captured second in the ’57 Mille Miglia and won the Cuban Grand Prix the year following. Chassis 0598 isn’t likely to surpass that result, but the Fangio connection plus Shelby’s eight wins could push it beyond the $22M earned by this Classiche-certified Ferrari 290 MM, sold by RM Sotheby’s in late 2018.

Could this become the most expensive Ferrari—the most expensive car, in fact—to sell at Monterey since 2018’s $48.4M 250 GTO? Maybe. Among a herd of high-dollar Prancing Horses bound for auction next week, there’s no doubt that 0598 is the star of the show. We’ll be on the auction floor to report on the results, and you’ll be the first to know. 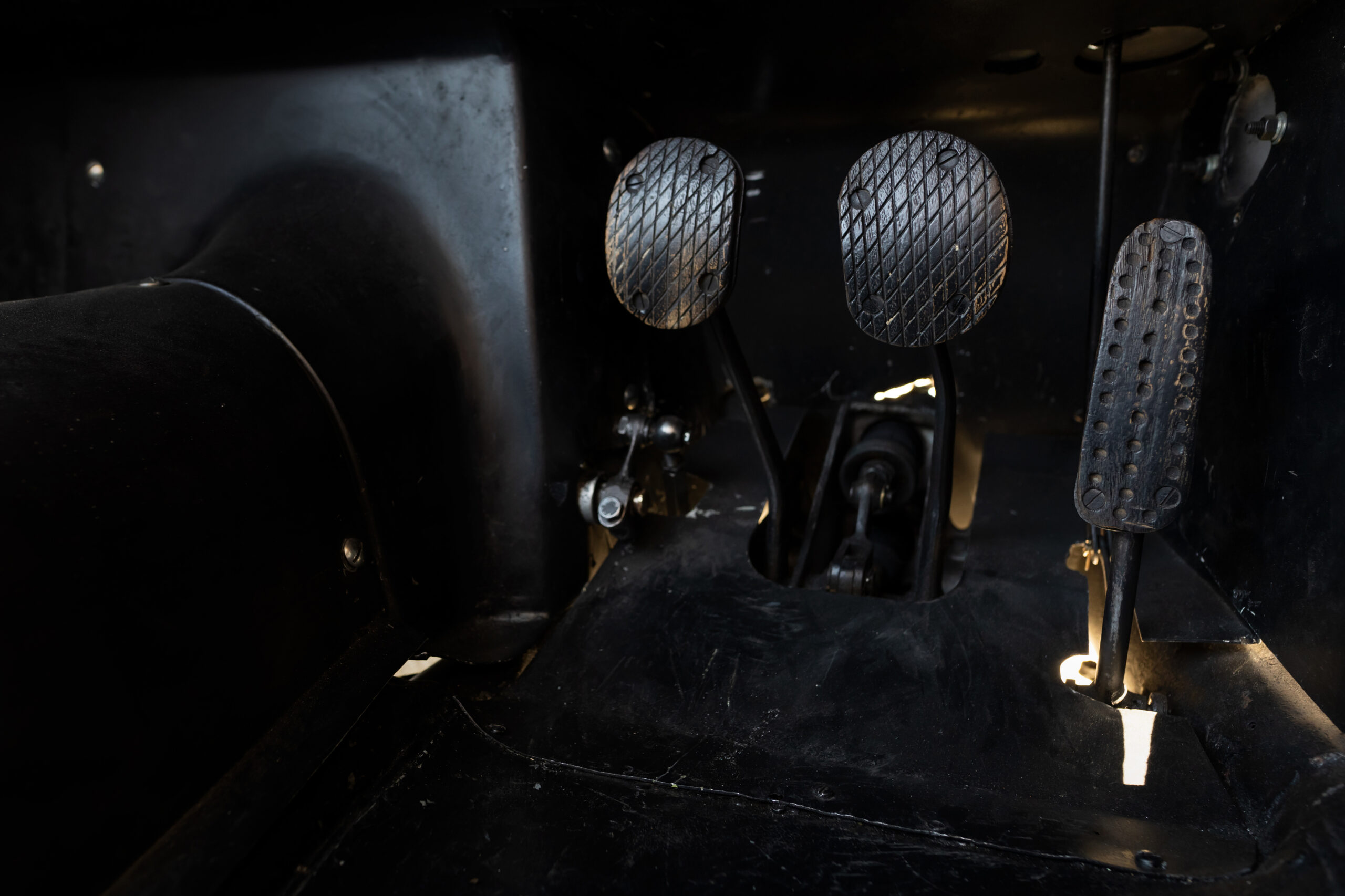 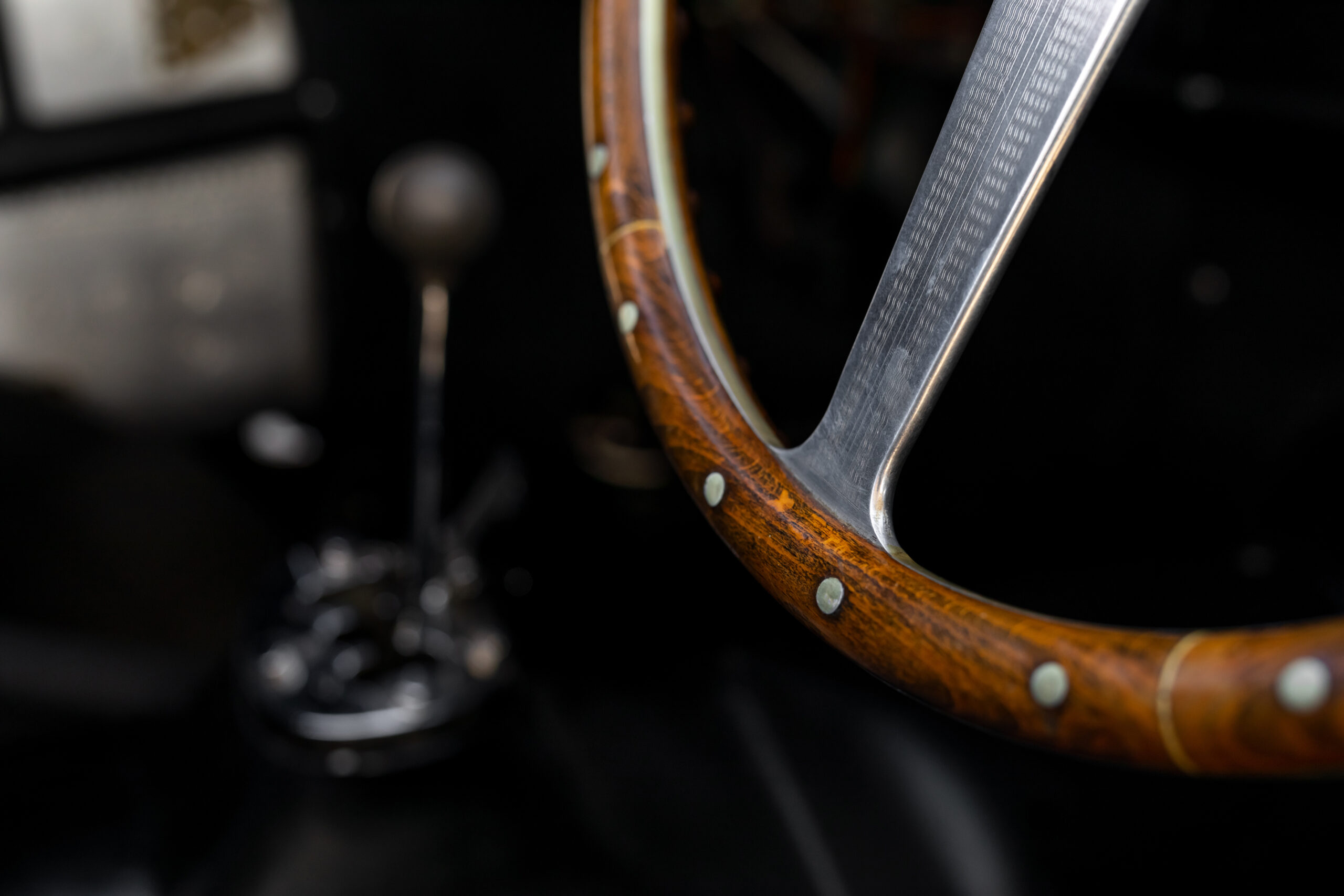 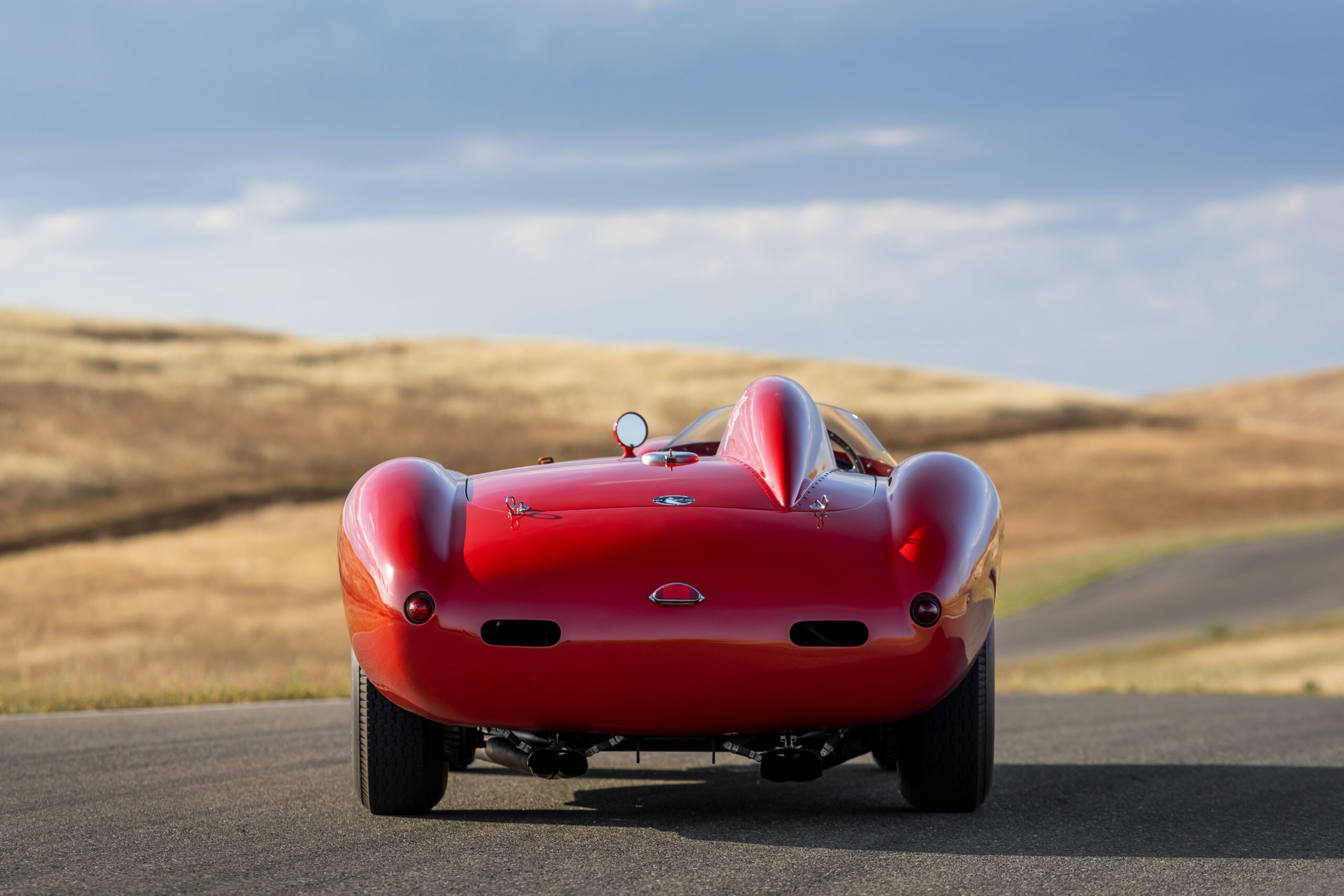