How to buy a classic SUV—and why you should

Parnelli Jones’s “Big Oly” Baja Bronco race truck raised a few eyebrows when it sold for a world-record $1.87 million at Mecum’s Indy sale in May. That number exceeds the $1.21M paid in 2019 for a Mercedes-Benz G63 AMG 6×6. Welcome to the exclusive realm of the
seven-figure SUV.

If you’re intrigued by the idea of purchasing an off-roader to use on your ranch or to take on an upscale overlanding adventure, you don’t need to drop a million bucks. You don’t need to settle for the Chevy Tahoe Z71 down at the local dealership, either. Consider instead a stylishly chic vintage SUV. They are available as charming, perfectly restored originals or as “reimagined” old trucks that offer retro design but with enough calfskin leather and luxury to rival the finest private jet. So how do you know what’s right for you? Well, that all depends on what you expect from an older rig.

If you celebrate them for their unique sheetmetal and their ability to transport you back to a simpler time when SUVs rode and drove like, well, the off-road machines that they are, then clearly an original or faithfully restored SUV is the obvious choice. The rugged sophistication of Toyota FJ40s, early Ford Broncos, Series Land Rovers, and so on will teach you the intricacies of manual chokes, locking hubs, and stiff springs. Each also includes a healthy dose of thinly padded seats, ceaseless rattles, wind noise, and a complete incompatibility with highway travel. However, these are likely the very same qualities that will endear them to you.

These were purpose-built vehicles to be used hard for work and play, not to be coddled. They won’t coddle you, either. They are slow and uncomfortable, and that’s the charm, because there is a certain reward inherent in unplugging and immersing yourself in the operation and care of a machine that average people simply don’t understand. Owning a rig such as this is the automotive equivalent of sticking your head in a lion’s mouth. You don’t need to do it, but damn, it feels good when you live to tell about it.

If you buy these simple trucks in the right condition, you can use and enjoy them with minimal maintenance costs and with reasonable assurance they’ll hold their value. You can even expect them to appreciate. And considering that the average cost for entry into the top end of this real-life Orvis advertisement is barely six figures, owning one starts to make sense.

Andrew Norton, owner of Baja Broncos Unlimited, built his business around the upper end of this “as they were” SUV market. Since 1999, the self-proclaimed Bronco purist has been restoring—at most—two SUVs at a time to near-original condition using mostly new old stock or original Ford parts. “I like special projects, trucks of historical importance, period race trucks, and, of course, genuine Stroppe-built Baja Broncos,” Norton says. “And I like restoring them for people who share the same passion, who appreciate what these Broncos represent.” The Broncos he restores are often family heirlooms, noteworthy Broncos needed to start or complete a collection, or special Broncos to complement a fleet of classic Shelbys, GT40s, and other high-performance Fords.

A typical Norton restoration starts with (but doesn’t include the purchase price) a good, solid truck and will cost between $100,000 and $200,000. “A lot of the cost comes from having to find real parts or restore original ones,” he says. “That’s the hardest part of what I do, just getting the right stuff.” Modern upgrades aren’t his thing, and Norton understands that his trucks only appeal to a certain clientele. If you insist on heated and cooled seats or adaptive cruise control, in other words, you should start your search elsewhere.

Suppose you’ve read this far because you love the rugged appearance of old SUVs but despise all the features we’ve highlighted. Fear not: There are plenty of shops that are updating old trucks with ultramodern appeal—a cushy ride, a great audio system, and proper air conditioning to blast as you cruise across the desert.

If you’re willing to write the check, you can have the shell of a classic Bronco, Land Cruiser, or Land Rover stuffed with all of the 21st-century conveniences your heart desires. Firms such as Icon and Gateway Bronco have you covered. Suspension and drivetrain upgrades are the norm, and EV conversions are now available, too, if that’s your thing.

As adept as these companies are at modernizing vintage utes, it’s important to keep in
mind the realities of a vehicle with a short wheelbase and a high center of gravity; regardless of plush suspensions and high-horsepower engines, no amount of “reimagining” is going to make an old SUV drive like a new SUV. And you’ll still have some squeaks, rattles, and wind noise. Gone, however, will be the learning curve of carburetors, valve adjustments, and mastering three-on-the-tree shifting and non-synchronized gearboxes.

You might consider these types of rigs more of a lifelike stuffed lion, its open jaws fixed, so while you’ll appear to be the toughest person on earth, there is built-in security. The downside to all of this throwback style with a modern twist is that it isn’t, by any metric, inexpensive. If you go this route, plan on spending $250,000–$500,000 for the honor, which is simply a function of the cost of raw materials and labor. For example, a “core” vehicle with which to begin a build might cost $25,000. Add to that 2000 hours of labor at a minimum of $100/hour, then plug in parts, paint, all of that soft calfskin leather, the modern driveline, and myriad computerized gizmos and wiring to control it all.

On paper, it’s an industry that doesn’t seem sustainable. In reality, most of these high-end builders have a multiyear waiting list. Just don’t assume that the demand today is a guarantee of future values. The secondary market for a bespoke “vintage” SUV is far less predictable than that for a bone-stock original. As with a hot rod built to your specifications, there is no guarantee somebody will agree with your tastes and be willing to pay what you did years down the road. So don’t approach the situation thinking your shiny “new” truck is an investment; these are luxury items to buy and enjoy. When it comes time to sell, be prepared to treat them as a depreciating asset.

Seth Burgett, CEO and president of Gateway Bronco, is no stranger to both sides of this market. He collects rare, original Broncos, and he also builds and sells thoroughly modern, upgraded restomod Broncos for prices starting at $200,000. He says most of his customers “have no time for old-car-type nonsense when they aren’t at work,” and that they almost always buy a Gateway Bronco as their vacation-home vehicle. “The most common question I get is, ‘Can I drive this Bronco two to three hours from L.A. to my vacation home in Lake Tahoe comfortably?’”

In a very specific order, Burgett knows exactly what his customers expect in their Broncos: reliability first; then safety; then comfort, including the amenities found in modern vehicles such as massaging seats and high-tech infotainment. What they don’t want, he says, is “their garage to have that old-car gas smell or to have them not start for the parking valet and then suffer the indignity of an Uber ride home.”

This case for usability is also what Burgett feels drives the value proposition of his builds. “The market for original Broncos tops out around $150,000,” he says. “The market for restomod Broncos tops out around three times that due to the fact people can use them. They are happy to pay for fuel injection, catalytic converters, and even full EV powertrains, which is an $80,000 to $130,000 option depending on performance and range. We have five of those in production right now and expect to build a total of 10 this year.”

If you are searching for an off-road escape vehicle and you dare to eschew the pedestrian trappings of the modern Range Rovers, Escalades, and G-Wagens of the world, a classic SUV might be for you. Whether original or reimagined, both are appealing options that offer rugged, timeless aesthetics. You merely have to decide how vintage you desire your vintage experience to be.

A story about
Bronco 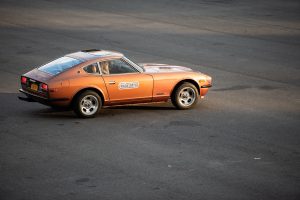 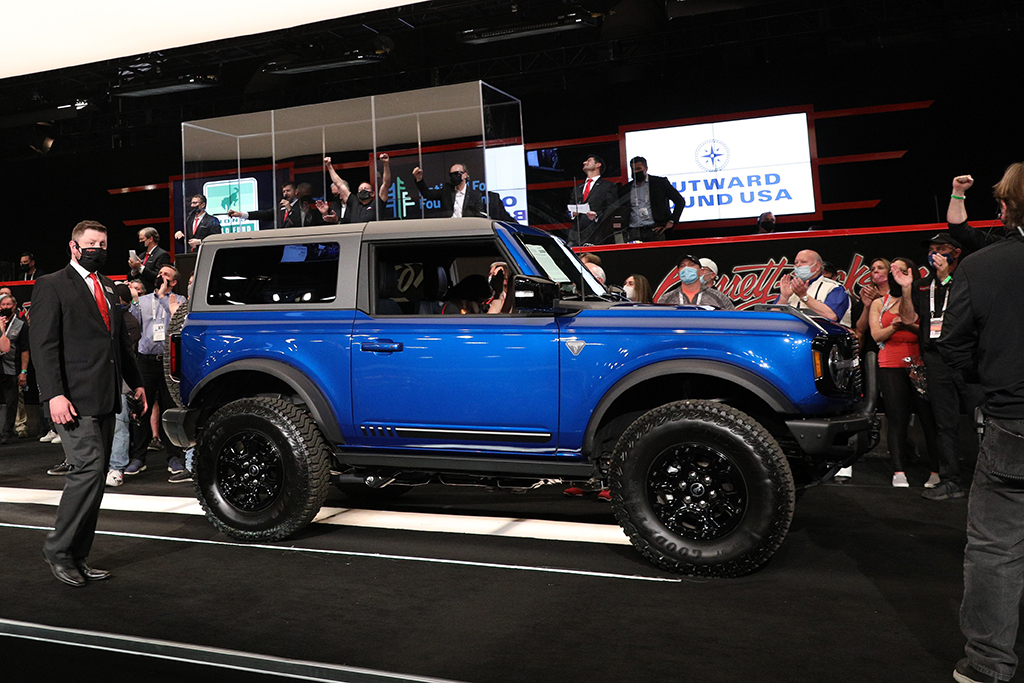