Could this be a six-figure Five-O?

We’re still trying to wrap our heads around the craze for “wrapper“ cars—vehicles that left the factory, racked up negligible miles (two or three digits on the odometer), then went straight into storage as automotive time capsules. Think of them like toys that stayed in the package and out of the sandbox, but on an adult scale. These cars aren’t driven. They’re destined for a life of sitting still. And to the right people on the hunt for the very best-preserved example of something, wrapper cars can be worth a lot of money. That’s why we’re keeping a close eye on a certain 1993 Mustang GT that just popped up for auction online.

It has all the ingredients to get the wrapper car crowd whipping out their checkbooks: 490 miles, plastic on the seats and floors, the original window sticker (which reads $18,311). The color combination (Reef Blue with gray lower cladding and bumpers over gray cloth) is about as ’90s as a box of Beanie Babies. For gearheads who came of age with these cars, it’s nostalgia top to bottom.

Last but not least, there’s the selling platform. This Fox-body Ford is on Bring a Trailer, which has become a clearing house for the kind of ultra-low-mile cars that bring stupefying prices. We’ve covered many of these crazy sales, from Civics and Supras to Bimmers and Benzes.

Fox-body Mustangs may be hot with collectors today (values for the 1993 5.0 GT have shot up by 136 percent over the past decade), but these were not cars that many people pampered. For most of their existence they were a very cheap way to get a big, tunable V-8 in a lightweight car. A lot of them got modified, drag raced, and/or wrecked. And although they’re still far from a rare sight, ones this clean are.

Our current condition #1 (concours, or best-in-the-world) value for a 1993 Mustang 5.0 GT is $29,700. Bidding on this one, however, was already well past that even with seven days left on the auction. Wrapper cars often surge into a different ballpark when it comes to value, and most of the bidding here is several days off. The real frenzy usually holds off until the last few hours. If this one does bring a six-figure price, it will be the first non-SVT Fox-body Mustang to do so through an auction, online or otherwise. The last one to come close was a 16-mile 1990 25th Anniversary car sold $82,500 at Scottsdale back in 2017. 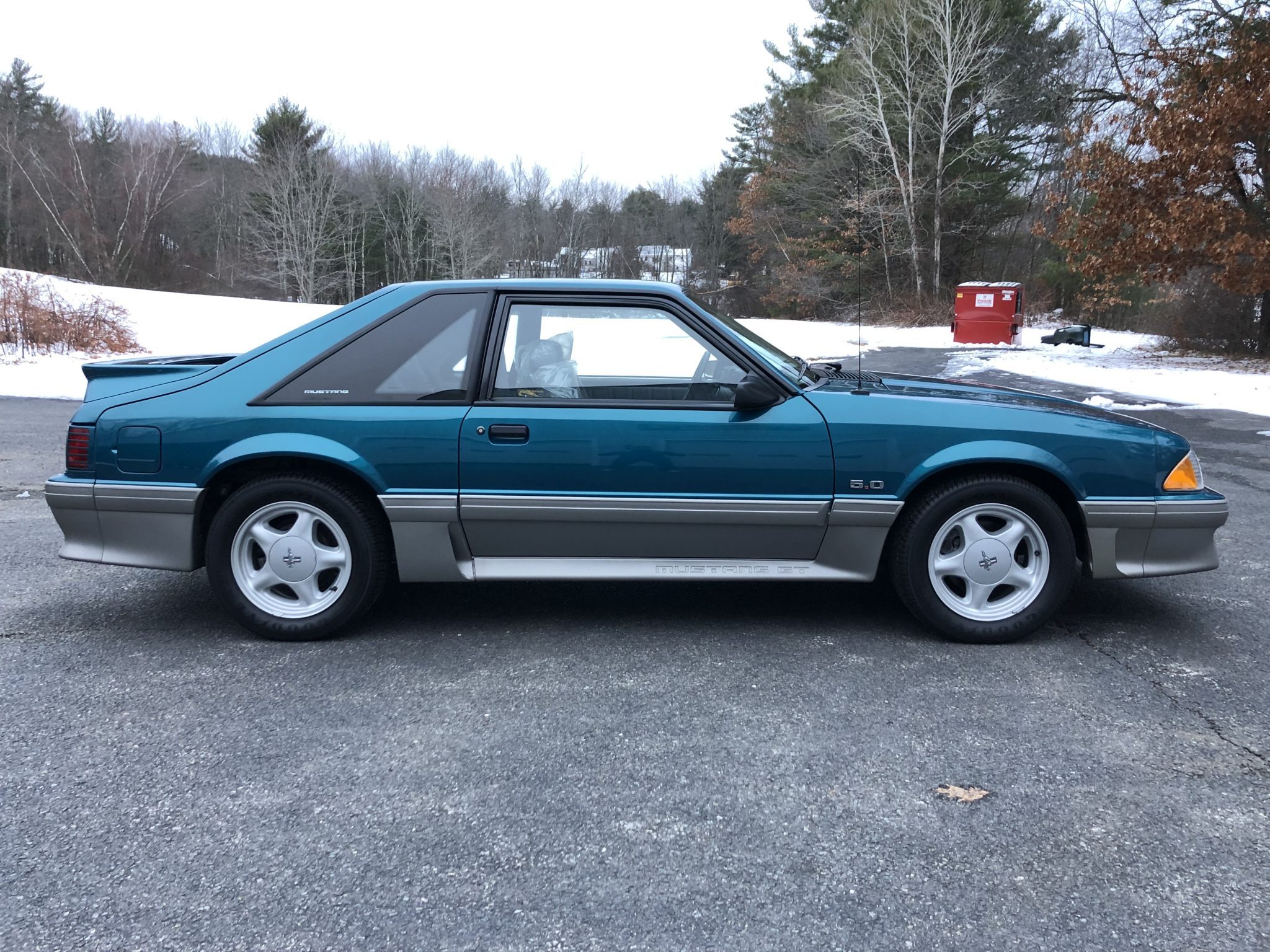 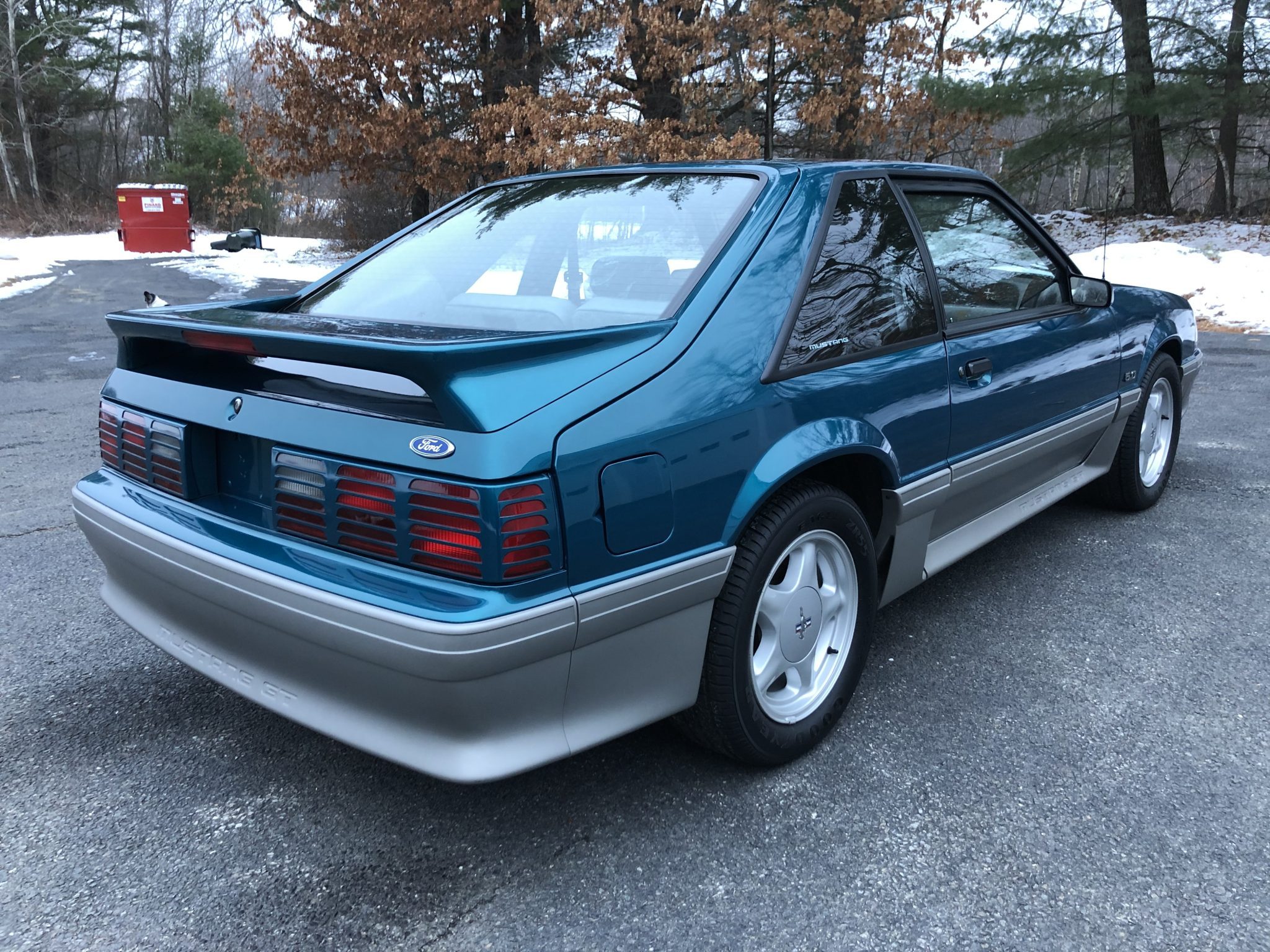 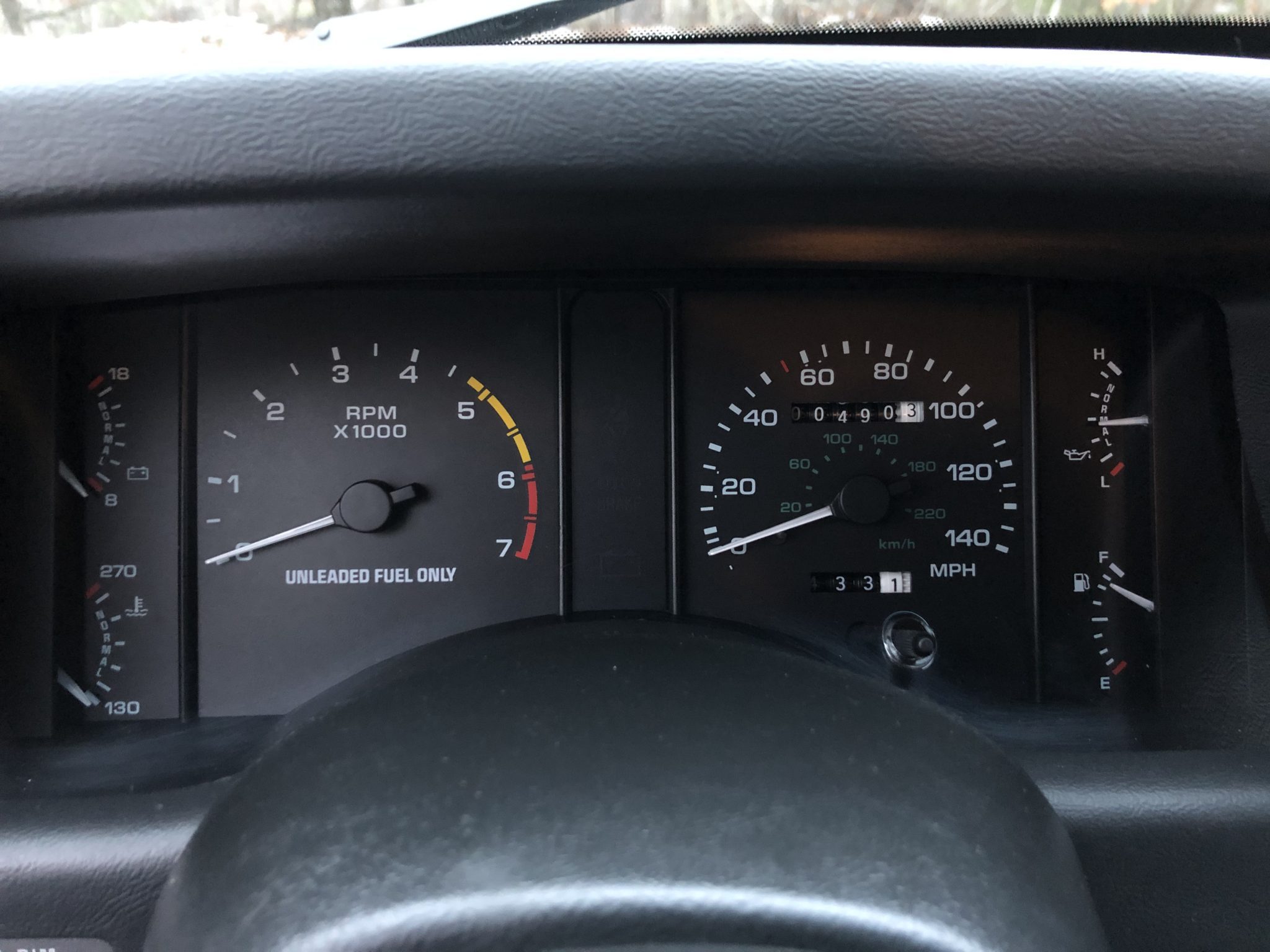 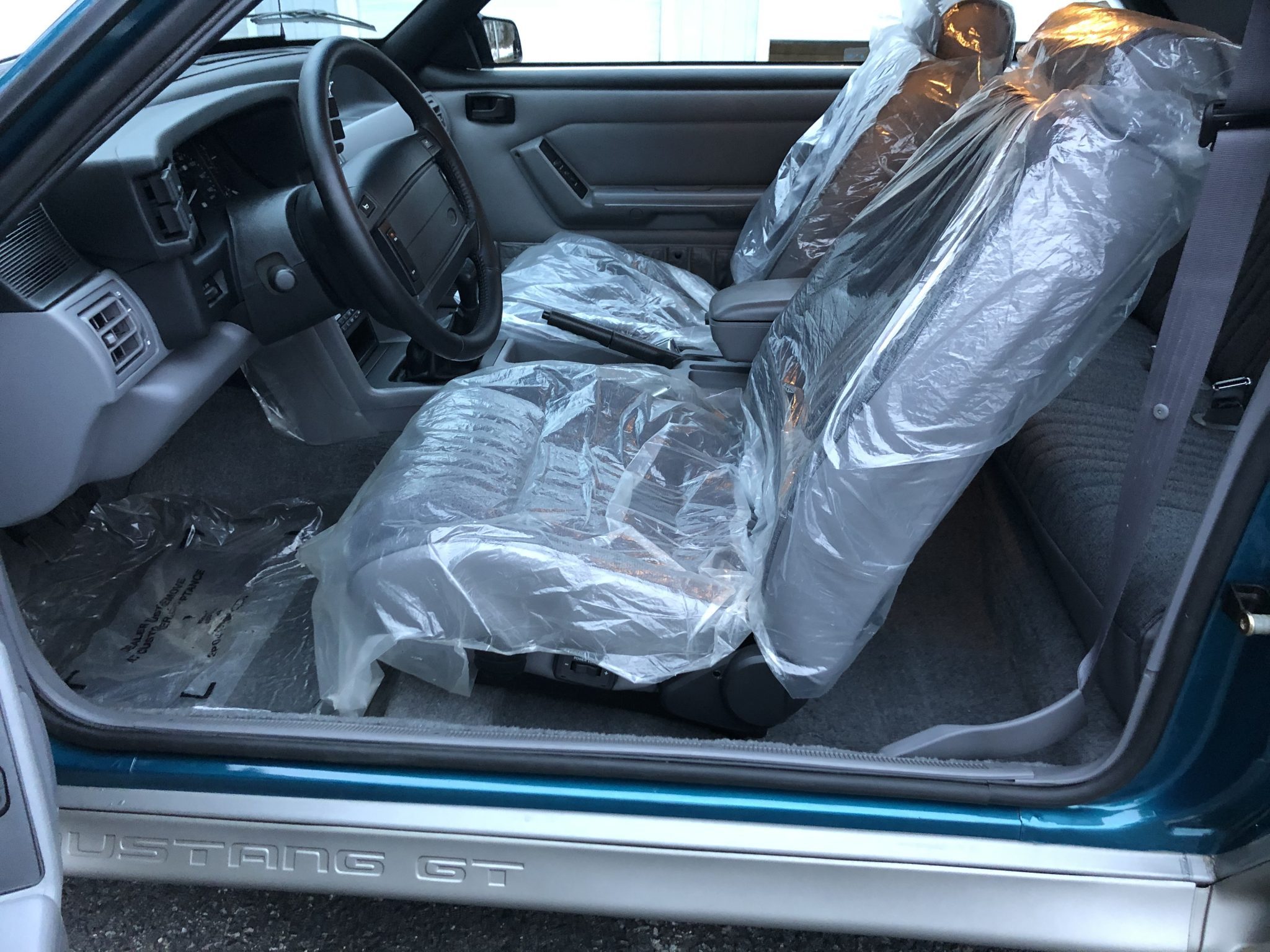 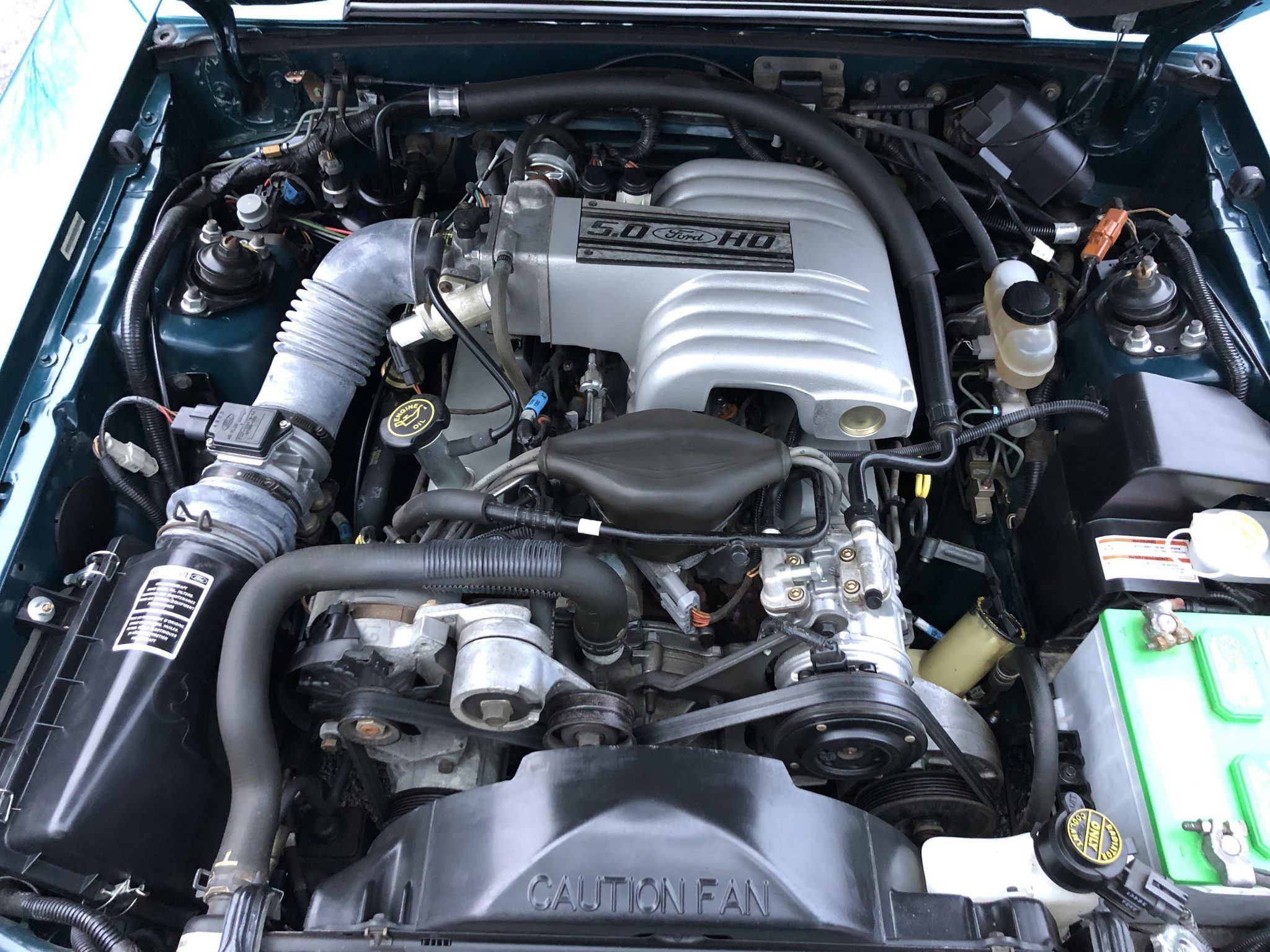 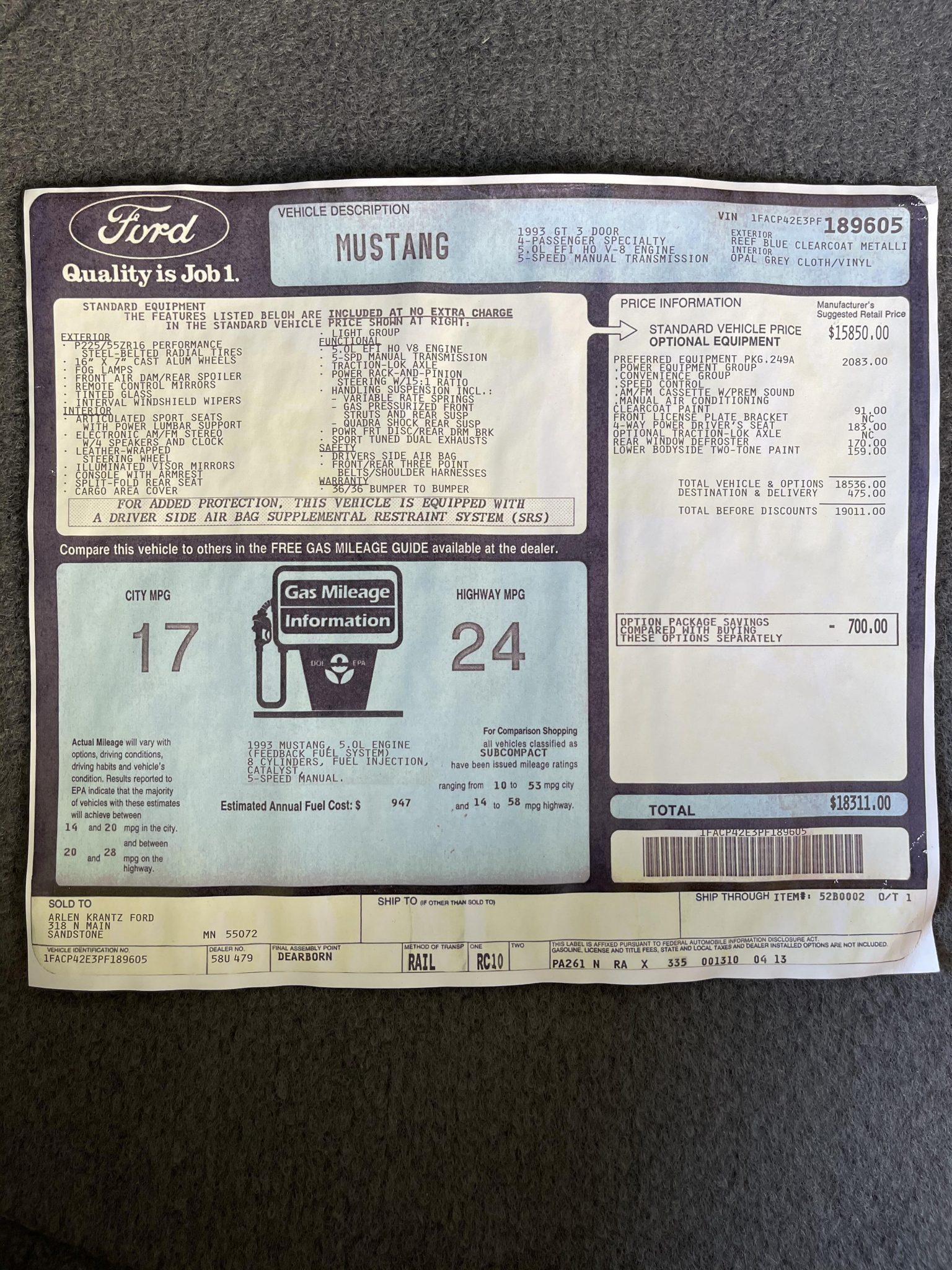