As we explored in our breakdown of the financial side to art, sneakers, and NFTs, collector cars are hardly the only alternative asset experiencing eye-watering market boosts and record-busting auction results.

You can add to collector watches to that list. According to a report from our friends at Bloomberg, an index tracking reference sales for the top 50 Rolex and Patek Philippe watches handily beats out current year-over-year returns of the S&P 500, gold, Bitcoin, and cars—even as watch values show signs of winding down.

The stellar 27.8-percent growth (as of this writing) tracked by the so-called Subdial50 watch index appears concrete, but there are a few threads to pull at before we suggest you toss the McLaren keys in favor of wrapping a Patek perpetual calendar on your wrist. First, it might be tempting to render Subdial50’s focus exclusively on Rolex and Patek (aside from a lone Audemars Piguet Royal Oak) as overly-narrow. Yet we know from experience that focusing on a few specific makes or models can help filter out the noise. There are a lot of watches out there, and demand for many of them are driven by fads, so it makes sense to look at only the top. Subdial50 tracks the 50 most traded luxury watches, and Rolex and Patek happen to hold the lion’s share of the market. Outside of a handful of heavy hitters from Audemars Piguet, A. Lange and Sohne, and F.P. Journe, it’s hard to find more money changing hands in the watch space outside of the Rolex/Patek bubble, vintage watches included.

Naturally, we have more nits to pick with the “classic cars” part of the equation. Bloomberg’s report hinges on data pulled from the British iteration of the Autotrader Retail Price Index. A strange comparison, as pre-2000 cars make up less than one-percent of ads on Autotrader UK’s network. If you were to narrow down the top 50 most traded collector cars, the results would be much different. That said, the growth on the Subdial50 is still more than most of Hagerty’s collector car market indices show.

We can slice and dice the data all day (and often do here at Insider), but we’re still left with the question of why secondhand luxury watch values are growing at such a blistering pace, even compared to hotter-than-ever classic cars. We bet a large portion of the general populace—let alone car enthusiasts like us—smile at the idea of a $250,000 Bentley but wrinkle their brow at a $240,000 for a Patek Nautilus ref. 5980/1R-001.

Yet as tangible “assets,” watches do have one advantage over cars that likely explain their meteoric rise of late: They’re easy to swap. Even as online classic car auctions sites grow by leaps and bounds, buying and selling watches remains far simpler. You’re just a post on a forum and trip to the local post office away from selling a Rolex Submariner “Hulk” and gaining a $24,000 wire transfer for your troubles. In the market for something new? Hit up one of the many, many online marketplaces for every caliber of watch. Make sure you splurge for next-day shipping. Even Bring a Trailer wishes it were this easy.

Watches require magnitudes less upkeep and maintenance, too; a collector-grade watch is happy as a clam sitting in a velvet-lined bunker safe for decades, while you’re one missed battery tender hook-up from a four- or five-figure bill for reconditioning that neglected Ferrari Daytona.

In economic terms, watches are a far more liquid asset than cars. Of course, that “advantage” can also be a detriment. Something so easy to buy, store, and sell makes an attractive target for speculators. Looking closely at the Subdial50, we see plenty of watches that people actually wear—Submariners, Daytonas, Nautiluses, and GMT Masters, to name a few. Yet there are also a few mega-popular watches purchased straight from the jeweler’s display case and quickly resold for well above original MSRP. For example, the ceramic-bezeled Rolex Daytona (number two on the Subdial list) carries a $33,500 average market value—quite a pretty penny for a watch that stickers at the boutique for $14,550. Rolex makes over one million watches a year, yet an ongoing scramble for all things wearing the crown keeps both collectors and speculators hungry, and the end-user poorer.

Outside of some fringe cases, visiting a Rolex boutique or authorized dealer and walking out with a sports watch of your choice is a pipe dream. In the majority of cases, it won’t matter if you smack an extra five-figures onto the countertop—they simply do not have the inventory to sell. The overwhelming majority of Rolex Submariners, Explorers, Daytonas, GMT Masters, and Skydwellers are presold to a connected customer at the head of a waitlist 100 people deep, all sitting in-line waiting for one of the few pieces allotted to that particular store.

It’s a familiar story we’ve seen in the collector car community multiple times over. The current fracas in the Rolex showroom mirrors that of the long-popped Ferrari bubble of the 1980s. Heck, we’re seeing this happen right now, with flippers making mincemeat of Porsche’s GT3 orderbook and Ferrari’s allotment of limited-run track specials.

And, just like the deflated Ferrari bubble and the bygone muscle car boom of the 2000s, so too will this pass. The softening market will catch up to Rolex scalpers, and both prices—and demand—will dip down eventually. Until then, take some comfort that as heated as the classic car market seems right now, it could be worse. 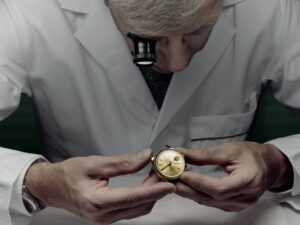 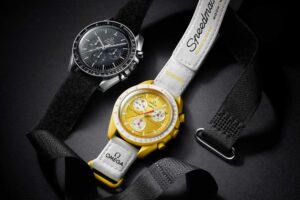 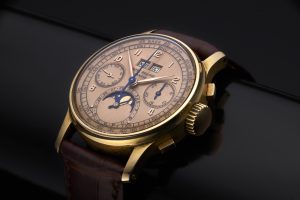