Full-size Ram pickups upset the Chevrolet Silverado in 2019 to become the second-most popular vehicle sold in the United States—just behind Ford’s F-series, the perennial sales leader*. Ram was back in third place for 2020, but the full-size pickup market wasn’t always a three-horse race. Through the ‘80s, the Dodge Ram was practically an also-ran in the full-size pickup game. There was, however, a significant member added to the Ram lineup that proved a contender, then and now: the Cummins turbodiesel.

Dodge’s answer to Ford and GM

By 1988, some of our readers may remember, Ram was falling behind the competition. The last redesign came in 1981, and even then it had some 1972 styling still baked in. Meanwhile, GM’s pickups had been totally redesigned for 1973 and again for 1988, garnering a huge increase in sales. Ford’s F-series also got a complete redesign in 1973 and again in 1980, with a restyling in 1987. Dodge, then, was at least a generation behind its rivals.

On the diesel front, Ford also had the benefit of offering a 6.9-liter International diesel in 1987 that was replaced by a 7.3-liter International in 1988. Installed in the F-250 and F-350, that early diesel V-8 used indirect injection and was naturally aspirated, with 180 horsepower and 345 lb-ft of torque. It would be a while longer before the 7.3-liter would evolve into the direct-injected Powerstroke 7.3 that garnered a reputation for longevity.

GM was even less of a player in the diesel marketplace with the 6.2-liter Detroit Diesel V-8 offered in light-duty trucks and SUVs. Using indirect injection and natural aspiration, like Ford’s diesel V-8, it was positioned as an economical alternative to a small-block V-8. Output was 140 hp and 250 lb-ft of torque.

What did both Ford and GM did have to separate themselves from Dodge? They had available big-block gasoline V-8 engines. While Dodge’s potent 440-cubic-inch big-block was long retired, Ford’s 460 and GM’s 454 were still going strong, offering more power than either of their diesel V-8s and nearly 400 lb-ft of torque. They were the go-to engines for contractors and just about anyone else that needed towing power, but Dodge soon had something to say about all that.

Starting in 1989, Dodge arranged with Cummins to supply 5.9-liter turbocharged diesel engines for 3/4- and 1-ton Dodge Rams. The move fired off what would be the first real shot in the turbodiesel power war among the top three pickup manufacturers, and the triangle of jabs is still going strong.

The B-series Cummins inline-six diesel that Dodge picked for the Ram was—literally—an industrial engine meant for tractors. It looks the part of a tractor engine, and at 1100 pounds, it weighs the part as well. The monster mill uses an iron block and head with two valves per cylinder, a gear-driven camshaft, a forged steel crank held in place with seven main bearings, and a dead-simple and reliable Bosch distributor-type injector pump. Its direct injection system meant there was no ignition pre-chamber and therefore no need for fussy glow plugs. The 5.9-liter produced a modest 160 hp but, thanks to its turbocharger, it also churned out an impressive 400 lb-ft of torque. Contemporary gasoline engines produced more power and similar torque, but guzzled fuel, giving Dodge an edge.

Compared to the common-rail diesel engines we’re used to today, with variable geometry turbos and sophisticated injector timing, the Ram’s original B-series Cummins is archaic, lacking any sort of electronics or intercooler (those were added in mid-1991). By today’s standards, it’s slow and unsophisticated. However, the Cummins 5.9-liter will remain slow and unsophisticated for hundreds of thousands of miles. That’s the appeal.

As a collector vehicle, the 1989–93 Cummins Ram represents the first serious competitor in the turbodiesel pickup arena, and the class boasts almost ridiculous tow ratings today thanks to the arms race started by Dodge and Cummins. Not to mention it’s from an era of pure, simple, economical, and reliable performance before pickups morphed into the do-it-all family haulers we have today. We spoke to KJ Jones, former editor of Diesel Power magazine and a current editor in Motor Trend’s truck group, who told us that the early Cummins Dodges have a special place for performance diesel enthusiasts. “It’s kind of iconic, like a Fox Mustang or ’69 Camaro” Jones said, adding, “It was the first consumer pickup with a turbodiesel out of the box. That lends to its credibility.”

The early Cummins also responds well to simple modifications that came in later 12-valve Cummins Rams including turbocharger, injector, and pump upgrades that can add significant power without sacrificing drivability or reliability. Jones remarked that for diesel performance enthusiasts, a low-mileage, one-owner Dodge Cummins is still a great jumping-off point for a build. “With that platform, 300-350 hp is easy as far as hard parts that are necessary and the costs involved. That’s a big attraction.” Of course, that upgraded power sill comes at low engine speeds courtesy of 700-750 lb-ft of torque, making for a solid workhorse.

The pure simplicity and reliability of these first-gen Cummins Rams have led to an increase in demand for the oil-burners, while the supply continues to dwindle. After all, they continue to be used hard as work trucks. Even back in 2015, a Cummins Ram in #2 (Excellent) condition brought a 30 percent premium over its gasoline-powered counterpart. Today, while values of all first-gen Rams have gone up, Cummins-equipped models now demand a 38 percent premium, with #2 (Excellent) examples valued at just shy of $17,000 on average.

The demand for easily modified diesel pickups that return decent fuel economy only seems to be increasing. These older Cummins models, in particular, don’t require complex fuel systems, injectors, nor computers like the modern common-rail powerhouses of the last 20 years, but it seems that even those early common-rail engines will be more in demand as the latest diesel engines get more advanced and likely more expensive to maintain and modify. We’d wager that Ford’s early 7.3-liter Powerstroke won’t be far behind.

*If you count Sierra sales along with Silverado, GM and Ford go back in forth for total full-size pickups sales. Ford won handily in 2019, GM took the title in 2020. 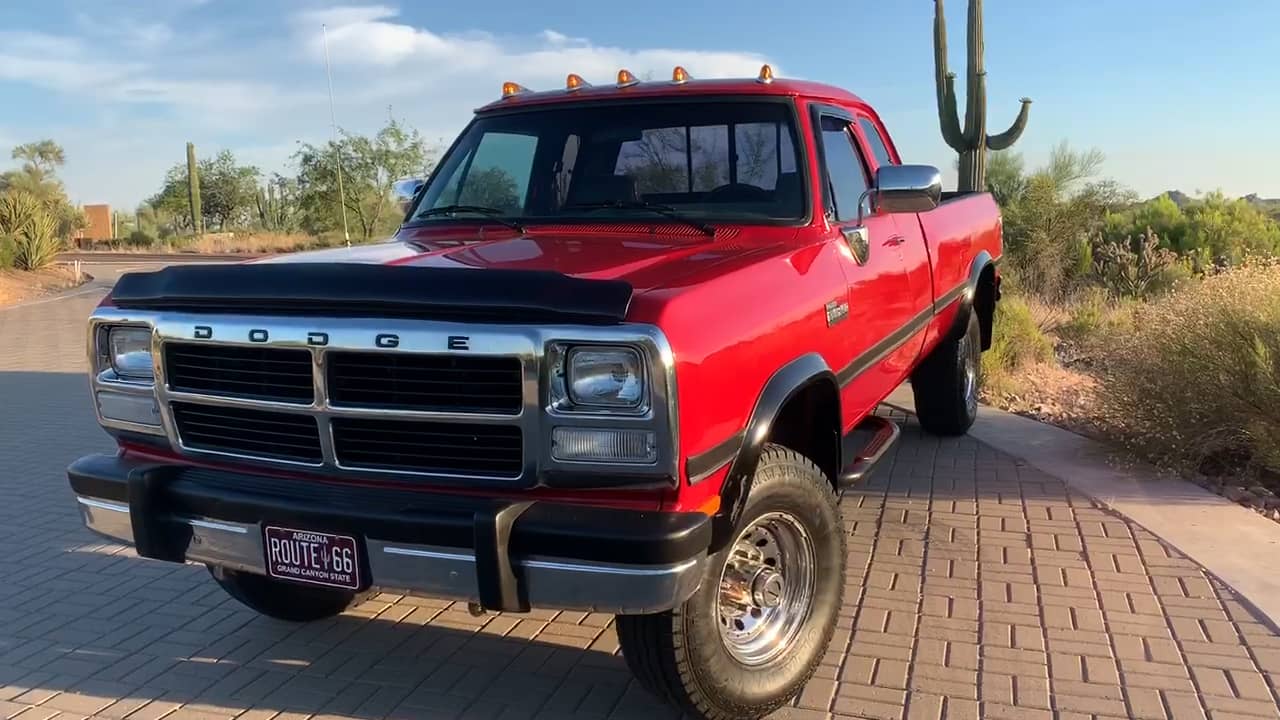 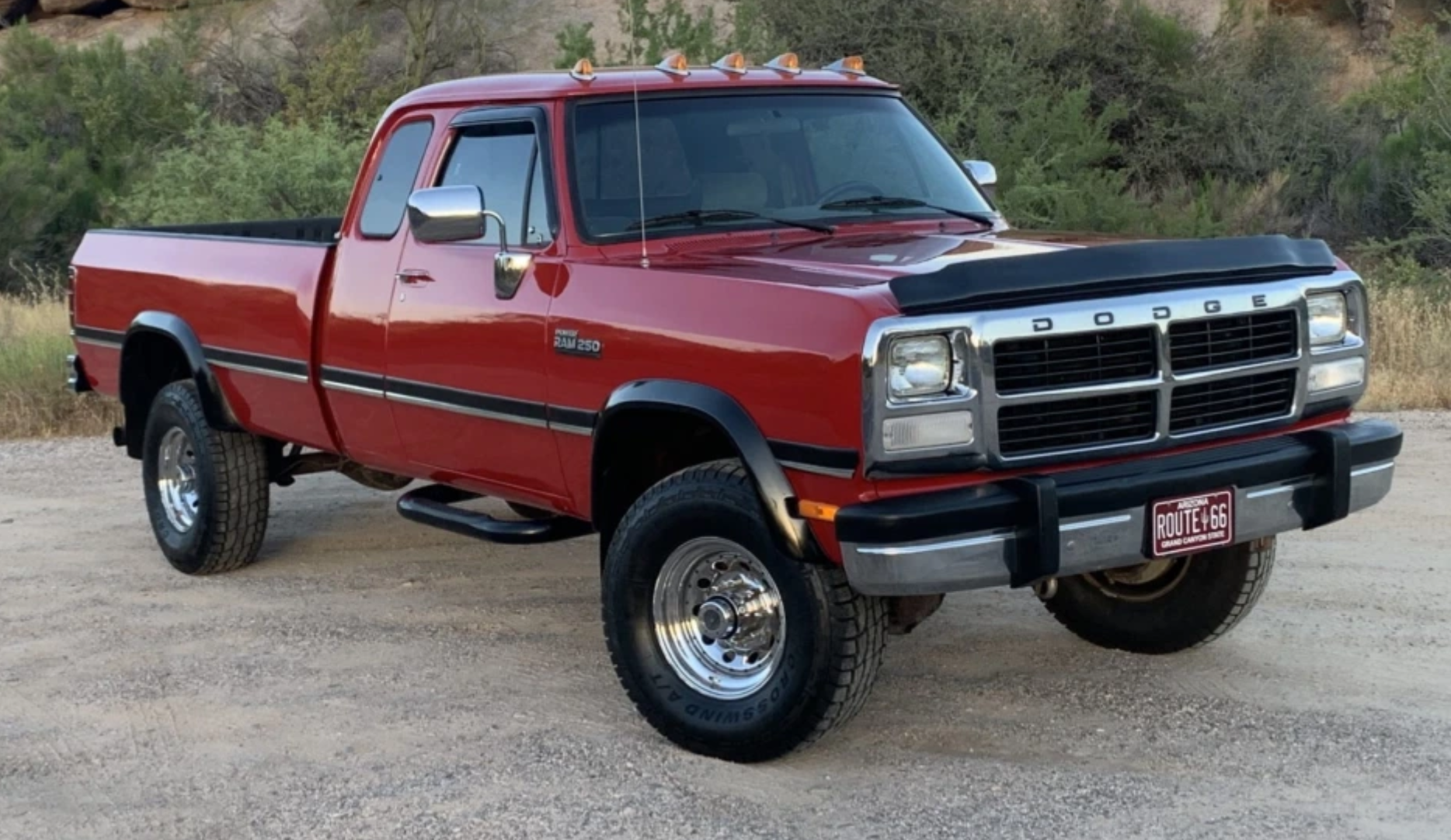 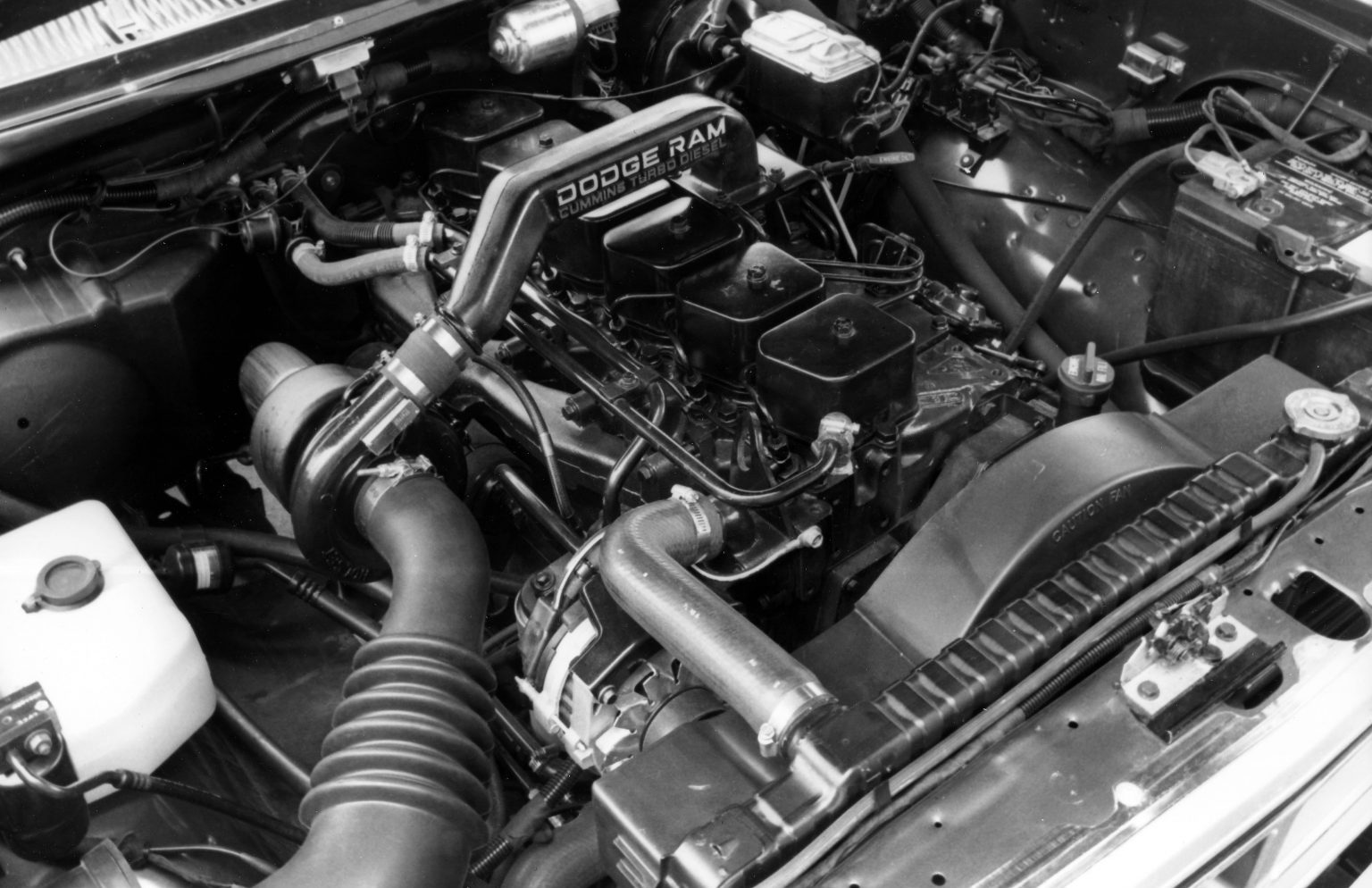