Bonhams’ one-day sale kicked off the Amelia auctions week with something of a whimper rather than a bang: the $14.9M in sales fell below Hagerty’s prediction of $23.2M and was down more than a quarter from last year. Despite all that, this was hardly a “bad” sale—more than 90 percent of the cars sold and most brought logical prices. But given how illogical bidding seemed at times at Scottsdale barely a month ago, it came as a bit of a surprise.

The natural temptation would be to blame events on the front pages of every newspaper. Yet at least at the moment, we suspect the tepid results have more to do with the particulars of this sale. First and foremost, Bonhams had fewer excellent-condition vehicles than in years past. Only 10 percent of lots were given a condition #2 (excellent) rating or better by Hagerty staff, compared to 33 percent in 2020 (the last year Hagerty conditioned vehicles in person at Amelia). Generally speaking, many of the “excessive” prices paid at recent auctions—both in person and online—have been for exceptional cars.

The results also may reflect changes in the auction world. The big January auctions in Scottsdale and in Kissimmee, Florida stand out for their sense of spectacle and offer an array of cars that appeal to bidders of all budgets. Amelia is the first higher-end, catalog-only event of the year, known for being more relaxed and conservative. That may translate to less exuberant bidding. In 2020, 6.2 percent of vehicles at the Bonhams Amelia auction sold above their condition #1 (concours, or best-in-the-world) value. This year, none did. In contrast, just a few weeks ago when Bonhams was in Scottsdale, 23 percent of the vehicles sold above #1 value.

Before all the cars, Bonhams opened with a large collection of motorcycles. Seeing a 50-bike collection show up at catalog car auction is a rare sight, and the results showed the crowd was not exactly head over heels for two-wheels, especially compared to the massive results from the Mecum Las Vegas motorcycle auction two months ago. The average difference between the Hagerty Motorcycle Price Guide #3 value and sale price at Bonhams’ auction was only 3 percent.

Friday’s Gooding & Company auction should provide a more clearcut test of bidder sentiment. Of the 99 vehicles offered, one third of them are from Porsche, a marque that Amelia is known for. The star car of the week – the 1937 Talbot-Lago T150-C-SS Teardrop Coupe – will also cross the block at Gooding tomorrow. It is also the only car expected to break eight figures this week.

A story about
Amelia Island 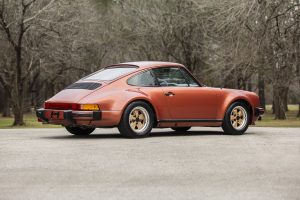 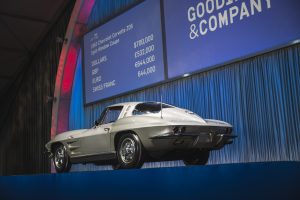 Are second-generation Corvettes on the move?