1991 Ford Bronco XLT: It's all about the wrapper

The Hagerty Valuation Team has analyzed some 415,000 auction and private transactions (and counting). They all help inform our view of the market, but some teach us something more. We call these Sales that Teach.

The details: On paper this looks like a cookie-cutter fourth-generation Bronco, and perhaps even a less-than-ideal one at that. Although it is fitted with the upscale XLT trim package, it’s powered by the base 4.9-liter inline-six mated to a five-speed manual transmission, a manual shift dual-range transfer case, and manual locking front hubs. Don’t get me wrong: the big six (300-ci in the pre-metric days of old) is a legendary, torquey workhorse and a great match to the “hand shaker” transmission. But most people who are into these relatively luxurious fourth-gen rigs prefer the top-of-the line 5.8-liter V-8 backed by an automatic with overdrive transmission, not to mention auto-locking hubs and an electronic shift transfer case.

Beyond the drivetrain spec, though, there is also the inconvenient fact that this fourth-gen Bronco happens to be white and thereby will be instantly associated with a certain former football player’s painfully slow-speed police chase. Some potential Bronco buyers aren’t particularly interested in a lifetime of “Hey O.J!” jokes every time they drive to the grocery store. One look at the comments section on any BaT listing for any white Bronco will bear out that yes, this is a thing.

The lesson: Considering the deficiencies in the specs and the infamy of the color, one would think the value of this otherwise very nice 1991 XLT Bronco would live somewhere in the Hagerty Price Guide value range of $9600–$17,200 for a “Good” to “Excellent” example. Heck, even closer to the “Concours” #1 value of $24,100 if two people had to have it.

But that is where this particular example comes in to show us again the difference numbers and history can make with any collectible vehicle. And in this case it is a combination of the numbers on the odometer (000,029) and the fact this Bronco had been driven home from the dealership in 1991 and literally stashed away. It was, in today’s parlance, a “Wrapper Car.” And we all know wrapper cars are often a total wild card in terms of their value, no matter what they might actually be.

Months before this Bronco showed up on BaT, I was hired to appraise it for the owner of the storage facility where it had spent the majority of its life. The SUV’s owner had passed away and eventually the storage facility took ownership of it, through the proper channels, to satisfy past-due storage charges. When I inspected it, the truck had 25 miles on its odometer; the new owner had replaced the fuel tank, put in a new battery, and gotten the truck up and running again after its long nap. It sat on its original tires with all of the original delivery tags, markings, and items still in place. Some moisture related storage issues were present—pitted chrome and some surface rust here and there—but overall it was an impressive time capsule.

I appraised it at 250 percent of our HPG #1 value—what I considered a logical, “safe” price. But I stressed that to the right person, it could be worth a lot more. I attempted to help find such a person, calling my friends at Ford and a few dealership owners suggesting they should buy it to put on display with a 2021 Bronco. But in the early days of the pandemic, it was hard to make a good case for a show-and-display play on a vehicle that would lose value with every click of the odometer.

The storage facility owner later traded it to the dealer who put it on BaT the first week of October. The result shows that not one ideal buyer was in the wild—clearly a handful were. They all slugged their way to the eventual $90k hammer price, in spite of a good portion of the peanut gallery being aghast at the numbers. But as the old adage goes, “where will you find another?” Quite simply, I don’t know if one could. And for somebody who desires to hop into a Scarlet Red Cloth Bronco interior and transport themselves back to 1991, this is the way to make the experience as authentic as possible. Which is the allure of “wrapper cars,” and why price guides matter little when one hits the market. 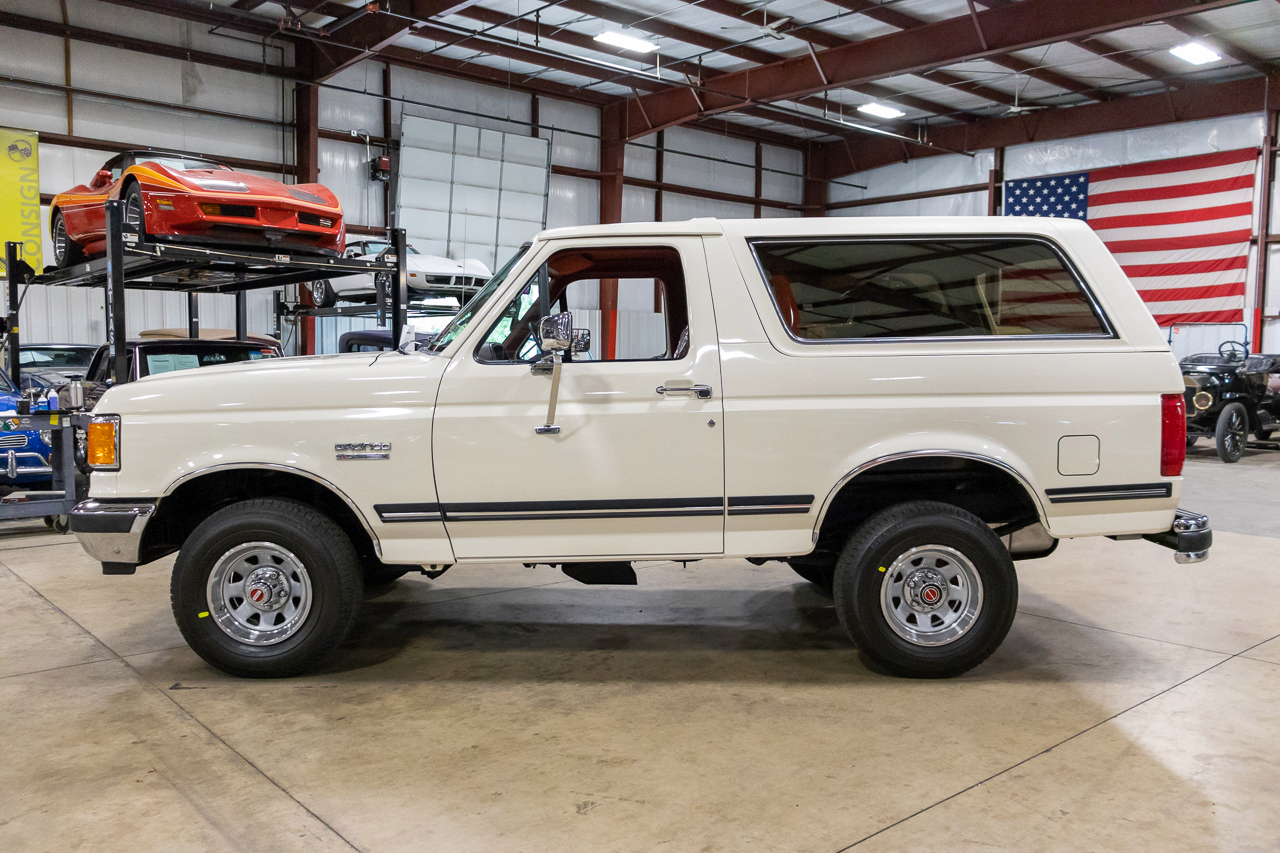 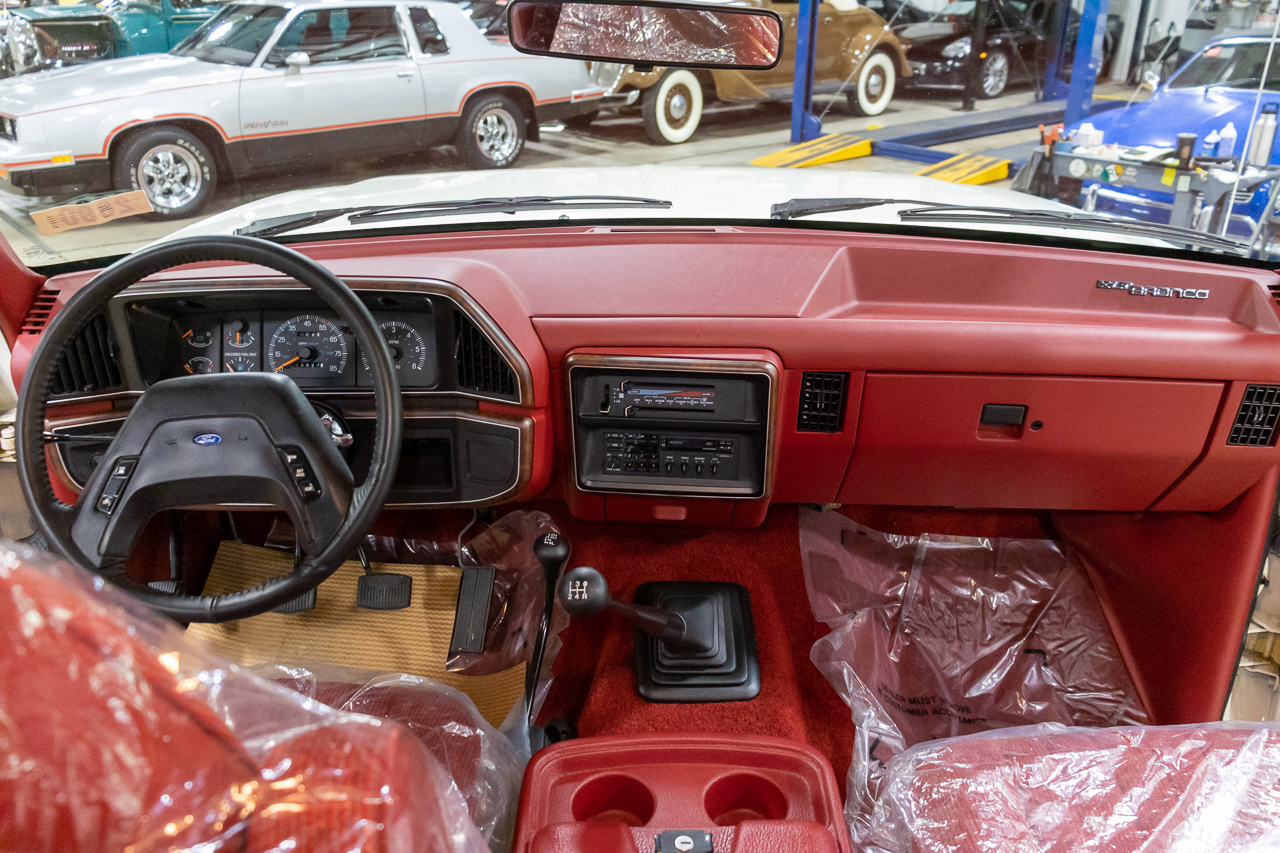 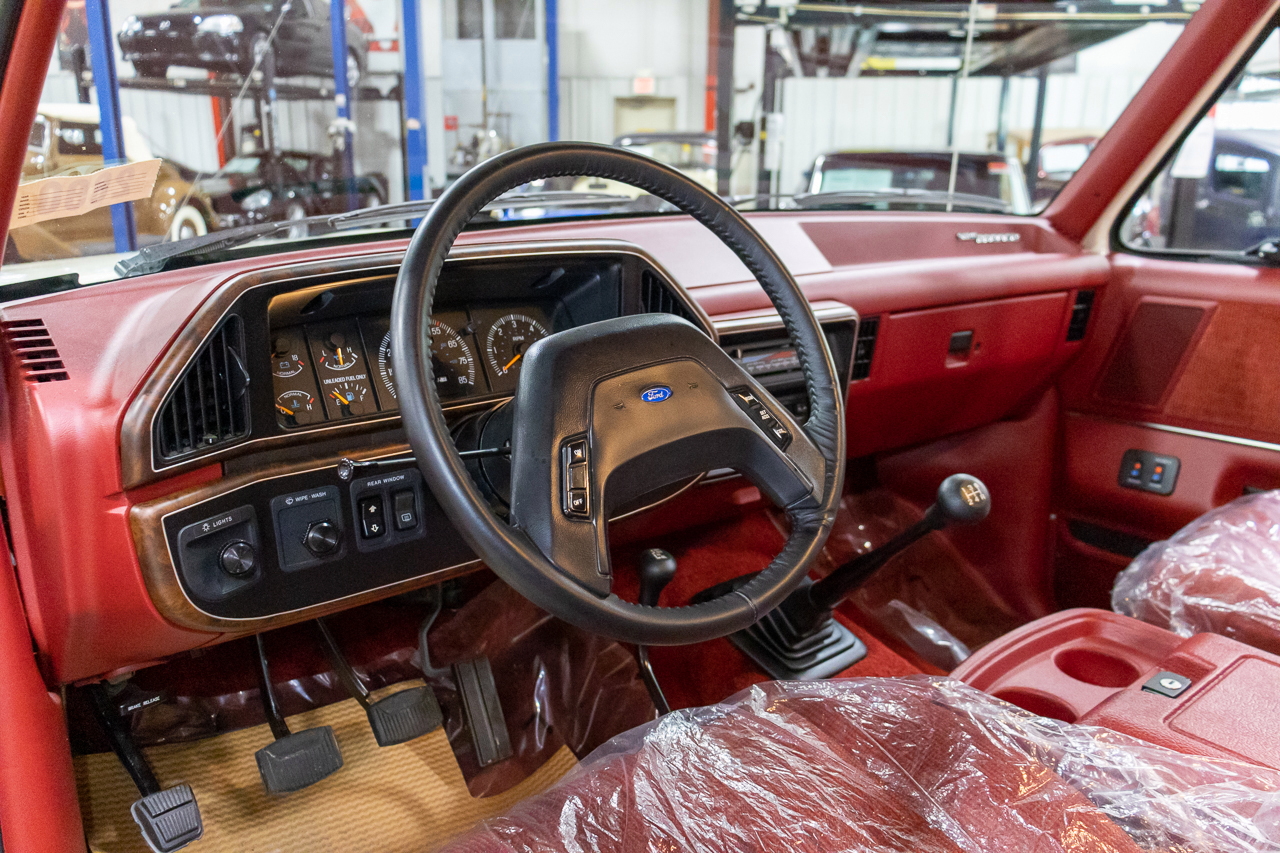