There are few classic cars as versatile as the venerable Chevrolet Impala. Sure, it’s generally been an enormous land yacht designed to comfortably carry an American family, but it quickly found love in drag racing, the custom and lowrider scenes, and its reputation for attainable full-size performance extends over decades of production. Although you’ll find Impalas of all eras in collectors’ garages, the second-generation 1959-1960 cars are particularly noteworthy for the way they transcend their era and their genre.

While considerably different from their Tri-Five predecessors, the first-gen 1958 Impalas still had one foot in the ’50s from a design perspective. General Motors made big styling changes for 1959, with dramatically redesigned models across the board. The Impala, which had been a Bel Air trim in ’58, was now its own model and grew longer, lower, wider, and heavier. The Impala also sported GM’s wide-open greenhouse theme, which featured acres of glass and delicate pillars.

While they each have their own character, the 1959 and 1960 Chevrolet Impalas have a lot in common and the two years feature the boldest fins to ever grace a Bow Tie. Wider than they are tall, they’re actually restrained relative to many of the flamboyant fins offered by other brands during the late ‘50s and early ‘60s, but they still managed to make a statement. 1959 models feature gracefully curved fins and prominent, cat-eye taillights, while the 1960 model tipped Chevy’s hand about what was to come with more angular, trim fins and simple, round taillights that would become a Chevrolet trademark through 1965.

For performance, second-gen Impala buyers had the option of inline-six, 283 small-block V-8, or a 348 big-block in a variety of outputs. Rochester mechanical fuel injection was available for 1959 only, and was a relatively rare option. A 250-hp version of the 348 came with a single four-barrel carburetor, while a triple-carbed 9.5:1 compression version was available that packed 280-hp. Racing-minded Chevy buyers had more options still. They could opt for a 305- or a 320-hp, four-barrel 348, which featured a solid-lifter valvetrain and higher compression ratio, or they could go whole-hog for the 11.25:1 high-compression engine with three two-barrel carbs on for a then-potent 335 horses. Chevrolet would wring more performance out of the third-gen cars, further strengthening the 348 in 1961 and introducing the fabled 409 as well, giving the bubbletop Impala that followed even more power. Still, ’59 and ’60 Impalas resonate with collectors for their having kicked off the Impala’s performance pedigree and for their introduction of the long, low look for which the model came to be known.

Impalas roam a large swath of geography, although predictably, most are found in sunnier climates. Western and Southern states lay claim to 57 percent of Hagerty-insured Impalas.

You’d think the audience would skew older for a car that debuted when many Baby Boomers were, well, babies, yet Gen-Xers and younger enthusiasts made up a full 54 percent of people calling Hagerty for quotes on insurance for these cars in 2022. That’s a ten percent increase since 2019.

These cars have long been a popular canvas for customization, and it appears that the appetite for modifying these cars is only increasing: in 2018, only 13 percent of Impalas sold at auction had been altered, but by 2022 that number had risen to 32 percent. During that same time, the value for a modified ‘59-60 Impala increased 43 percent, from $92,000 to $132,000. Note that this follows a trend we’ve seen for other 1950s classics, particularly the C1 Corvette. Younger collectors in particular may be less concerned with originality for these cars and more interested in updates that make them drive more like modern cars.

The widespread interest in these Impalas has helped sustain values and then some. Per the latest Hagerty Price Guide, Condition #2 (excellent) Impalas have appreciated an average of 27 percent since 2018, to $49,800. Naturally, the coupes and convertibles have seen bigger bumps. A sport coupe with the big engine and the triple-two-barrel setup can run you six-figures. Happily, there are still great buys out there as well: A four-door sedan with a 283 V-8 in average (#3) condition can be yours for less than $15,000. It should be easy to maintain mechanically—we are talking about body-on-frame, rear-drive, and a small-block Chevy, after all—but body work can get costly, simply because there’s so much of it.

These early Impalas wound up being overshadowed to some degree by the infamous 409 cars that followed (that’s what The Beach Boys will do for you). Yet as they near 65 years old, they maintain their popularity on the classic car scene because they’re so adaptable. Sunday cruiser, modded dragstrip monster, flamboyant lowrider—the 59–60 Impala is game.

A story about
Chevrolet 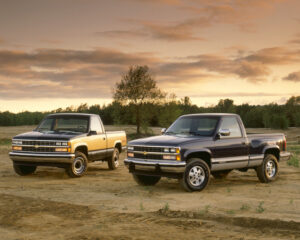 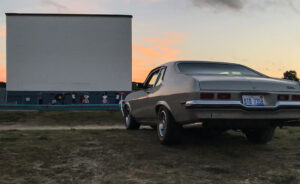