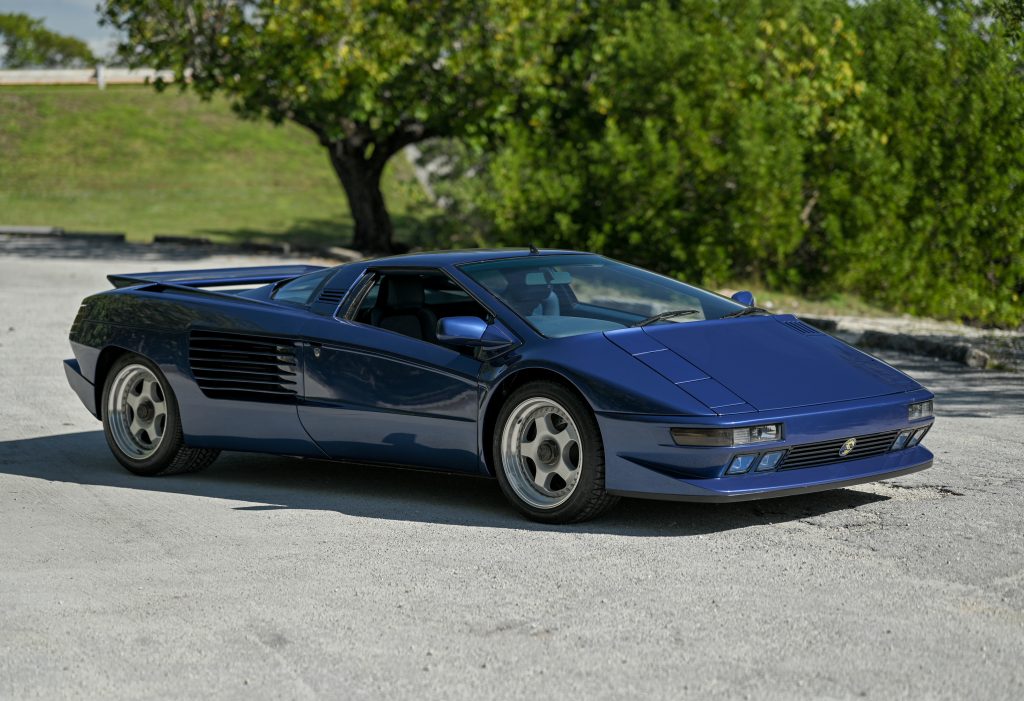 Evaluation: Displayed at the 1993 Geneva Motor Show. One of three Cizetas ordered for the royal family of Brunei’s infamous car collection, the world’s largest. Never delivered to Brunei, though. It stayed at the distributor in Singapore, sitting until last year (the other two Brunei Cizetas were subsequently modified). The current owner bought it from Singapore and got the car back to running and driving condition, surely at great expense. Aside from some wear and age to upholstery and plastic pieces, the car presents very well. It has already been invited to the Amelia Island concours this year, which will include ’80s and ’90s supercars as a featured class. And it doesn’t get much more ’90s supercar than a V-16 wedge with four pop-up headlights.

Bottom Line: The Cizeta (pronounced “chiz-etta”) story starts with ex-Lamborghini test driver and development engineer Claudio Zampolli, who had carved out a good niche for himself servicing the temperamental exotic cars of the rich and famous in Southern California. Dreaming of a V-16 wedge-shaped supercar, he struck up a partnership with music producer Giorgio Moroder, and Zampolli designed a 6.0-liter V-16 that was similar to two Lamborghini Urraco V-8s stuck together, along with a tubular spaceframe chassis. Marcello Gandini designed the aluminum body, and Lamborghini’s interior guy Bruno Paratelli designed the leather-swathed cockpit. There was certainly buzz around the Cizeta, even after Moroder pulled out of the business, but as so often happens with upstart exotic carmakers, Cizeta ran out of money after a handful of cars had been completed. After this one’s recommissioning, it was featured at Miami-based dealer Curated. When it was listed on their site they were asking $725,000, so this result is surely less than the seller was hoping for but still a realistic amount for such a spectacular but also obscure and hard to service supercar. 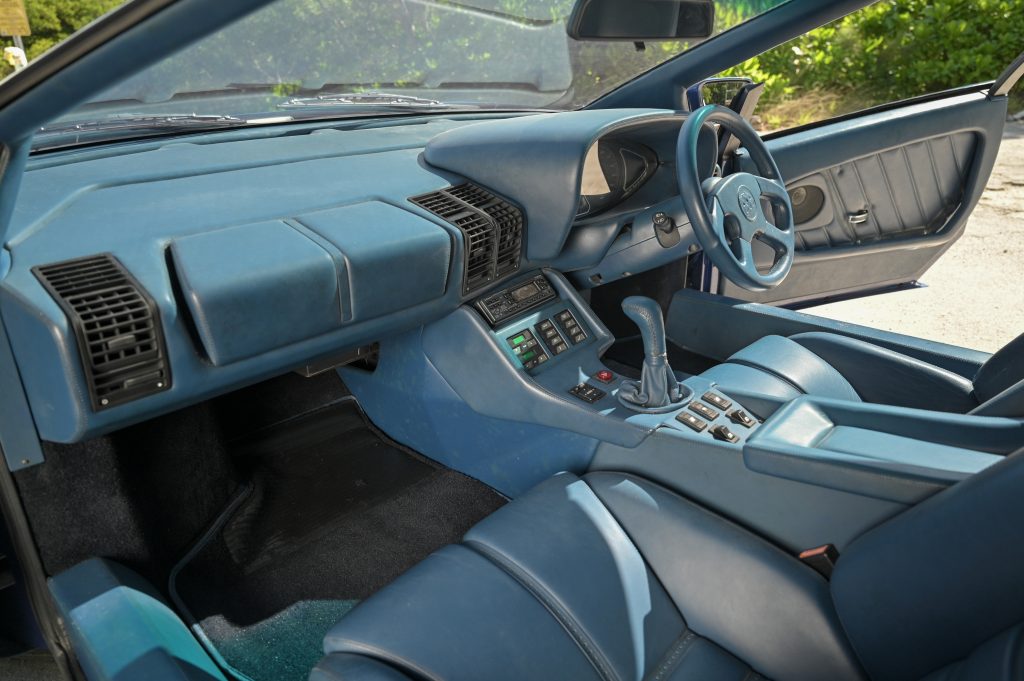