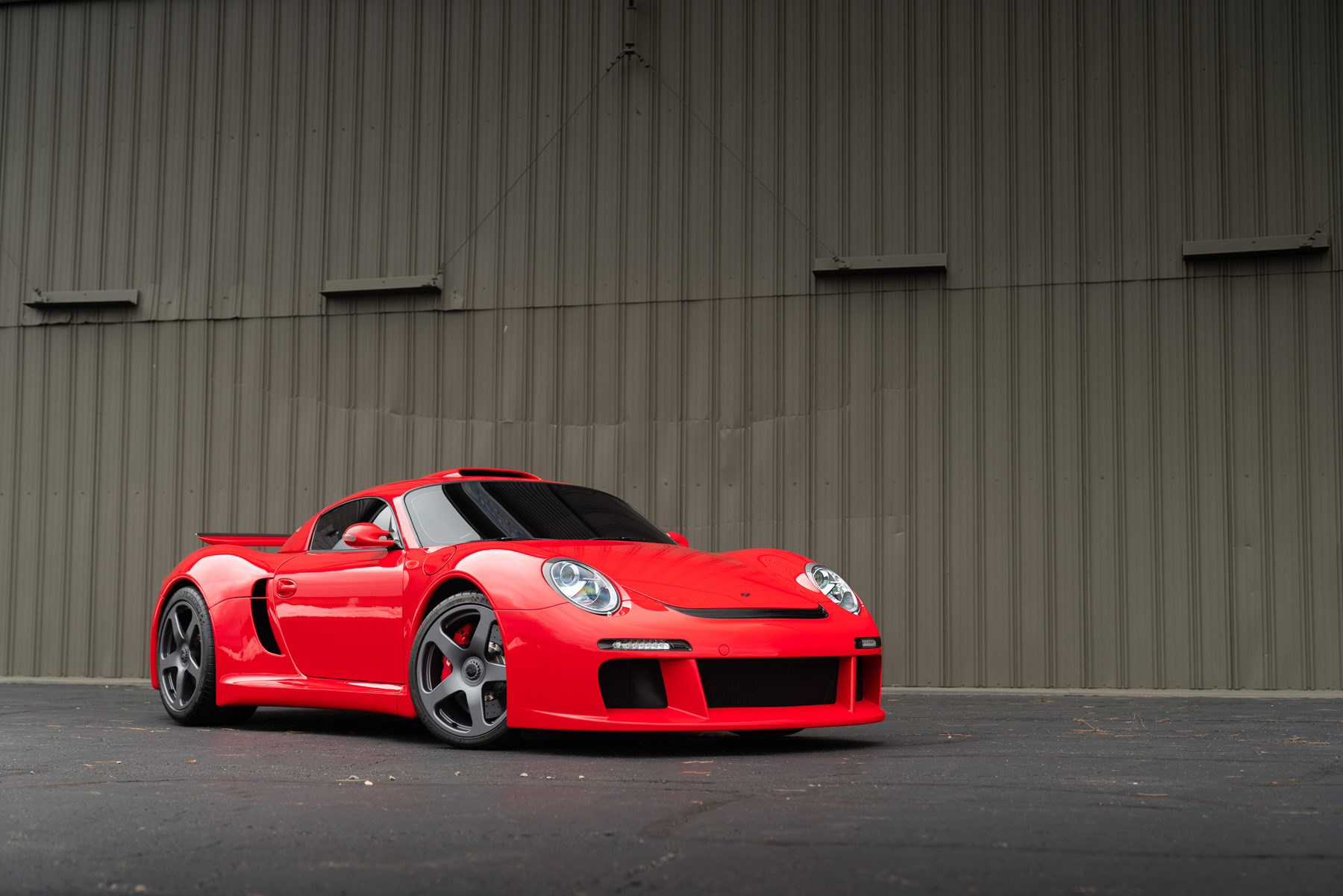 Evaluation: Original | One of 30 CTR3s and one of two in Guards Red. Represented with three owners and 4600 miles from new. Like new other than a tiny touch-up on the nose.

Bottom Line: It shares components with the Porsche 997 and has classic ­Porsche styling cues, but the RUF CTR3 isn’t just a hotted-up 911—far from it. It has its own chassis—built by Multimatic in Canada—a mid-engine layout, and Kevlar-carbon body panels. And, oh yes, a 754-hp engine. The market for
bespoke hypercars is small, but as we’ve said before, RUF is regarded as a manufacturer in its own right, not as a back-alley tuner, so its cars are collectible. Another CTR3 sold in Monterey in 2018 for $650,000, and a then-new,
improved CTR3 Clubsport model sold in Monaco the same year for $1.28 million.