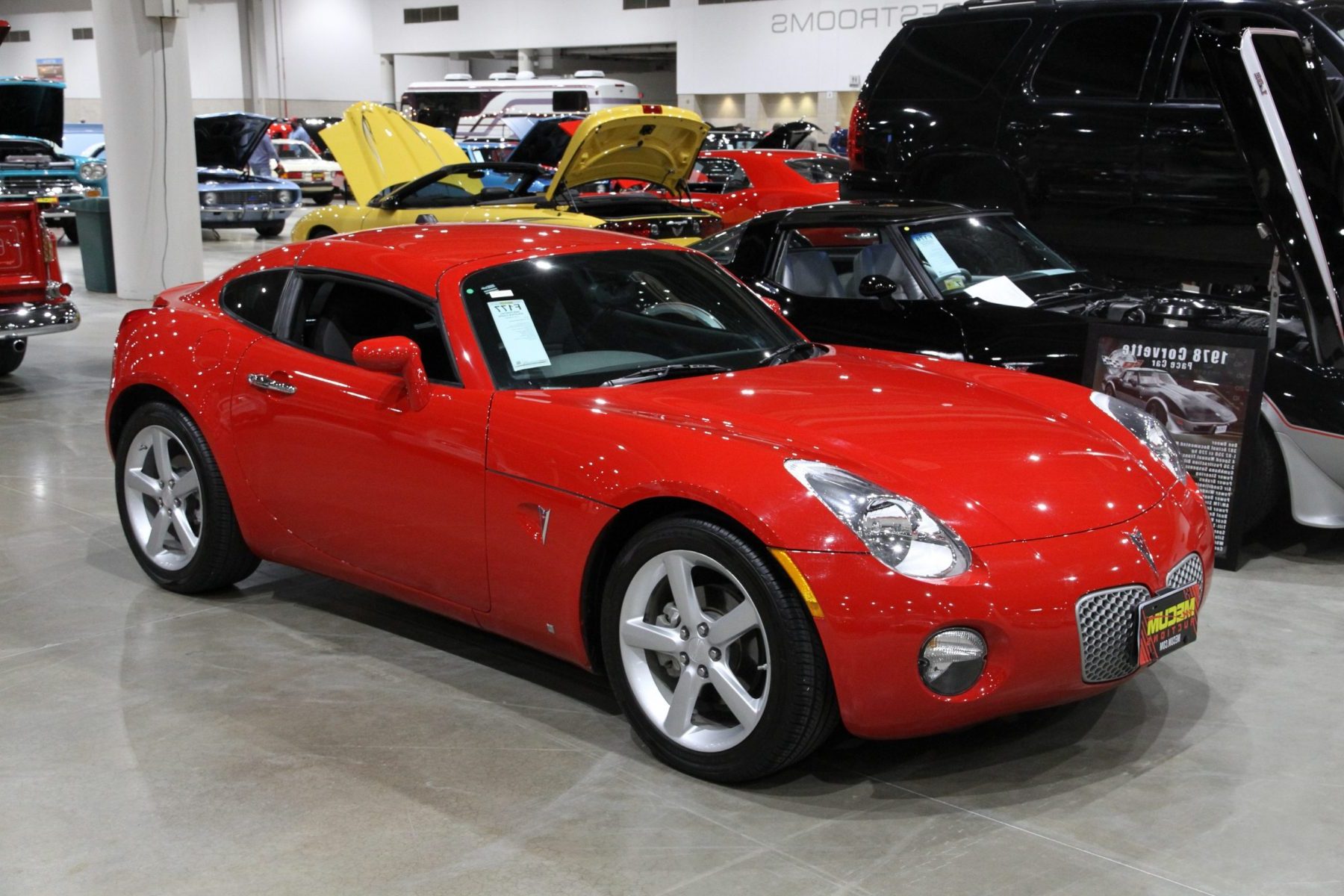 Evaluation: Represented with 47,000 miles. A rare coupe with the 5-speed manual, although it’s a base model, not a GXP. Paint condition matches the age and miles, with chips on the nose and hood as well as a few chips in the headlight lenses. Noticeable detail scratching in the paint as well. Long scuff on the tail that might buff out. Very good interior showing no wear to speak of. Used but rare.

Bottom Line: The Solstice, Pontiac’s Miata-fighting two-seater, is one of those rare exceptions to the old rule that “when the top goes down, the price goes up.” Pontiac built the Solstice coupe for a shorter time and in smaller numbers than the convertible before the whole brand got axed by a bankrupt GM in 2009. A decade later, that rarity is reflected in the marketplace. On the high-performance GXP cars, the price difference is huge, but even among base cars a coupe will sell for several thousand dollars more than a comparable convertible. Even so, the reported high bid here isn’t far off what this one should sell for. It was a $13,500 no-sale at Mecum Dallas 2017, and Solstice prices are about what they were then.

>
Mustache muscle on the move 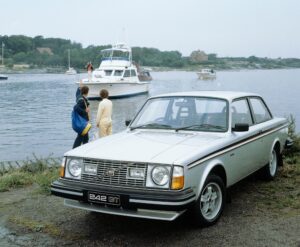 >
Staying the course: some good cars are bucking the market 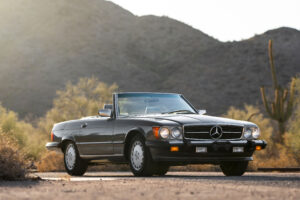 >
Which classics are the safest bets and which are risky business? 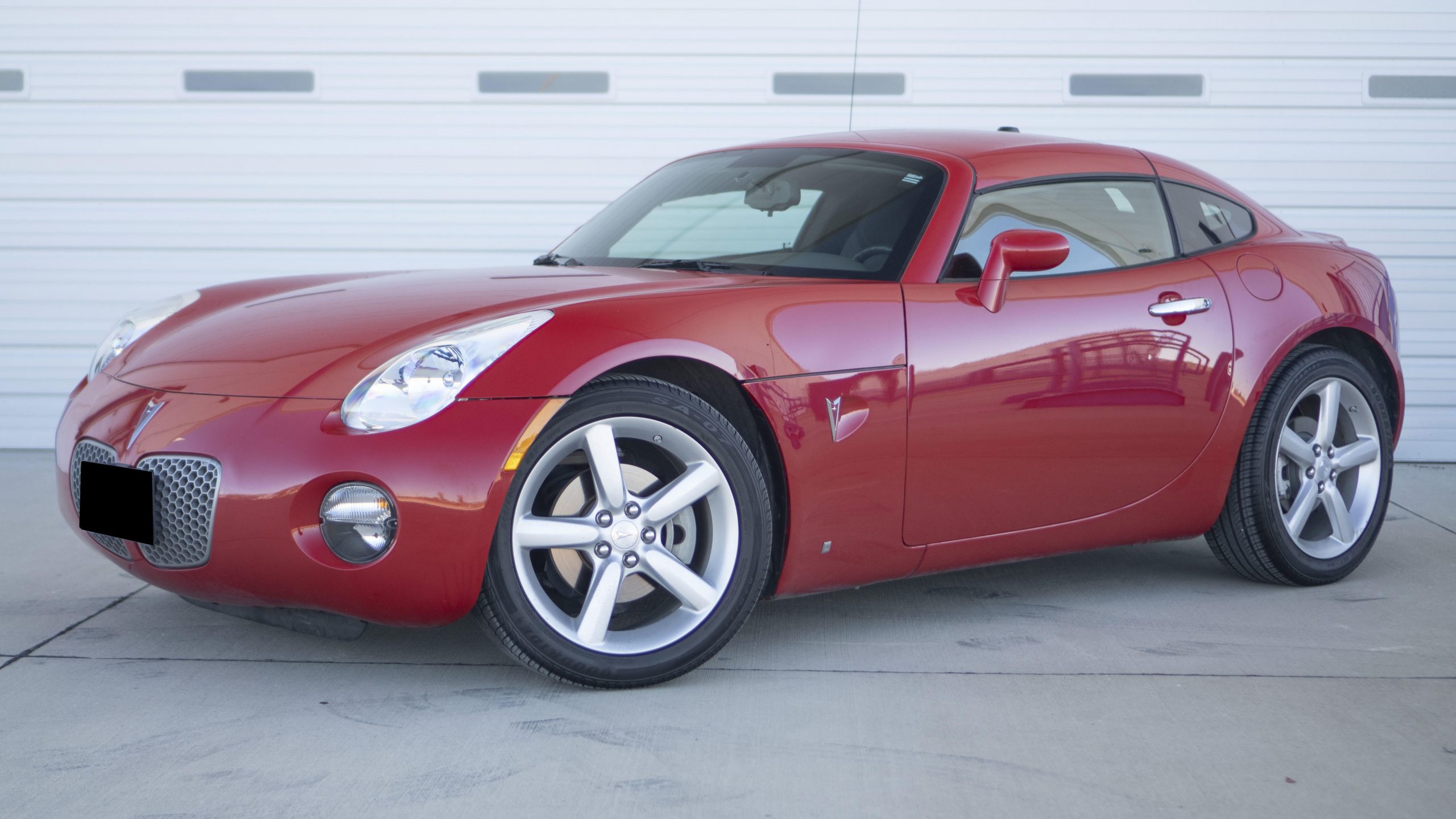 A story about
Pontiac