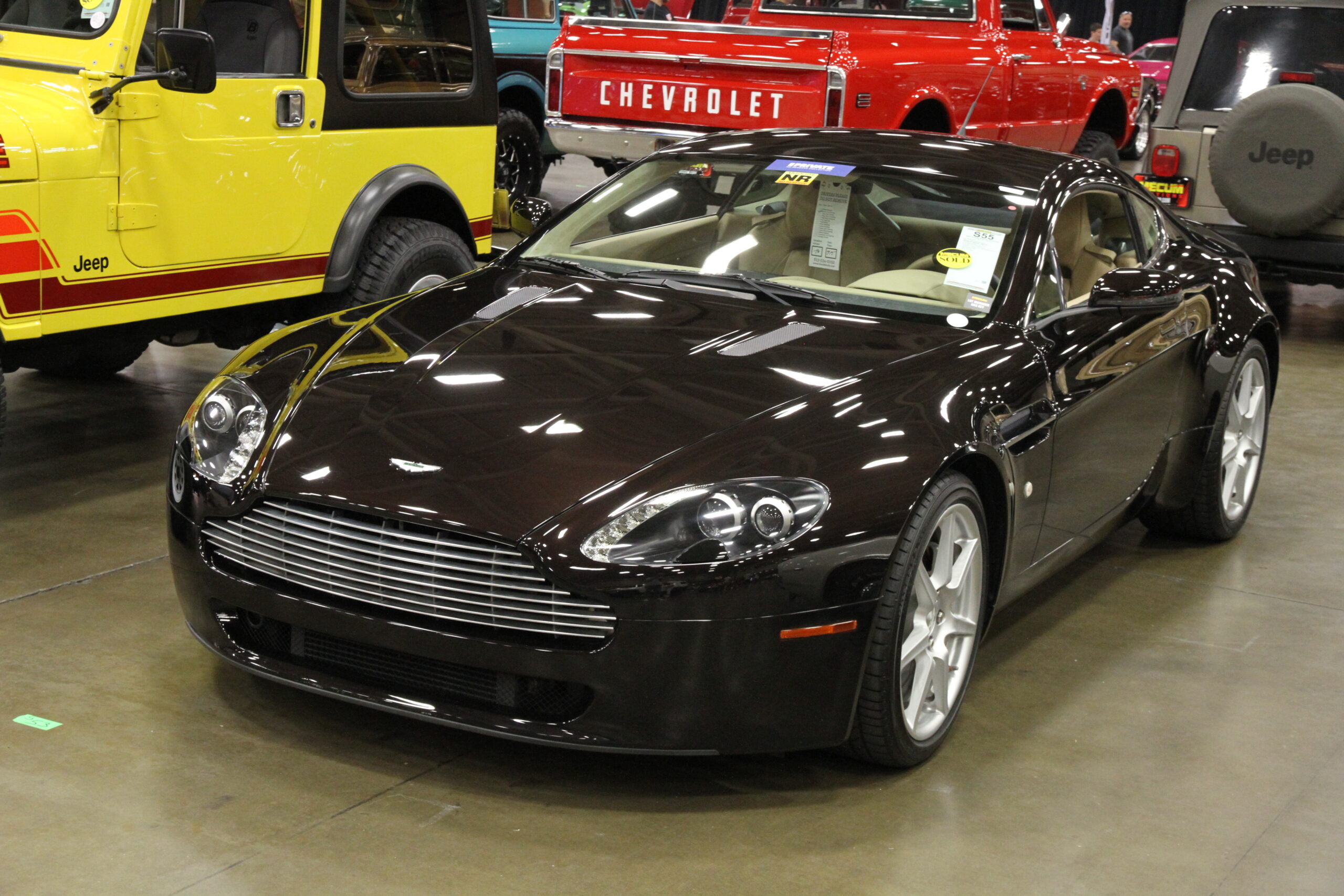 Evaluation: Represented with 9000 miles. No service history represented. There are some very minor rock chips on the front of the hood but no other real issues inside or out. A lightly used and rather brown stick shift Aston.

Bottom Line: When it was new, the $120,000 Vantage was Aston Martin’s entry-level model, but it bore a serious family resemblance to the much more expensive DB9 and DBS, and if anything it was better-looking. Like most modern Astons, though, they’re still a lot cheaper than they were when new, even with a stick, and this price was entirely realistic. That makes them an unusually good value, and a great way to look and feel a lot wealthier than you may actually be. At least until the first service bill comes in.