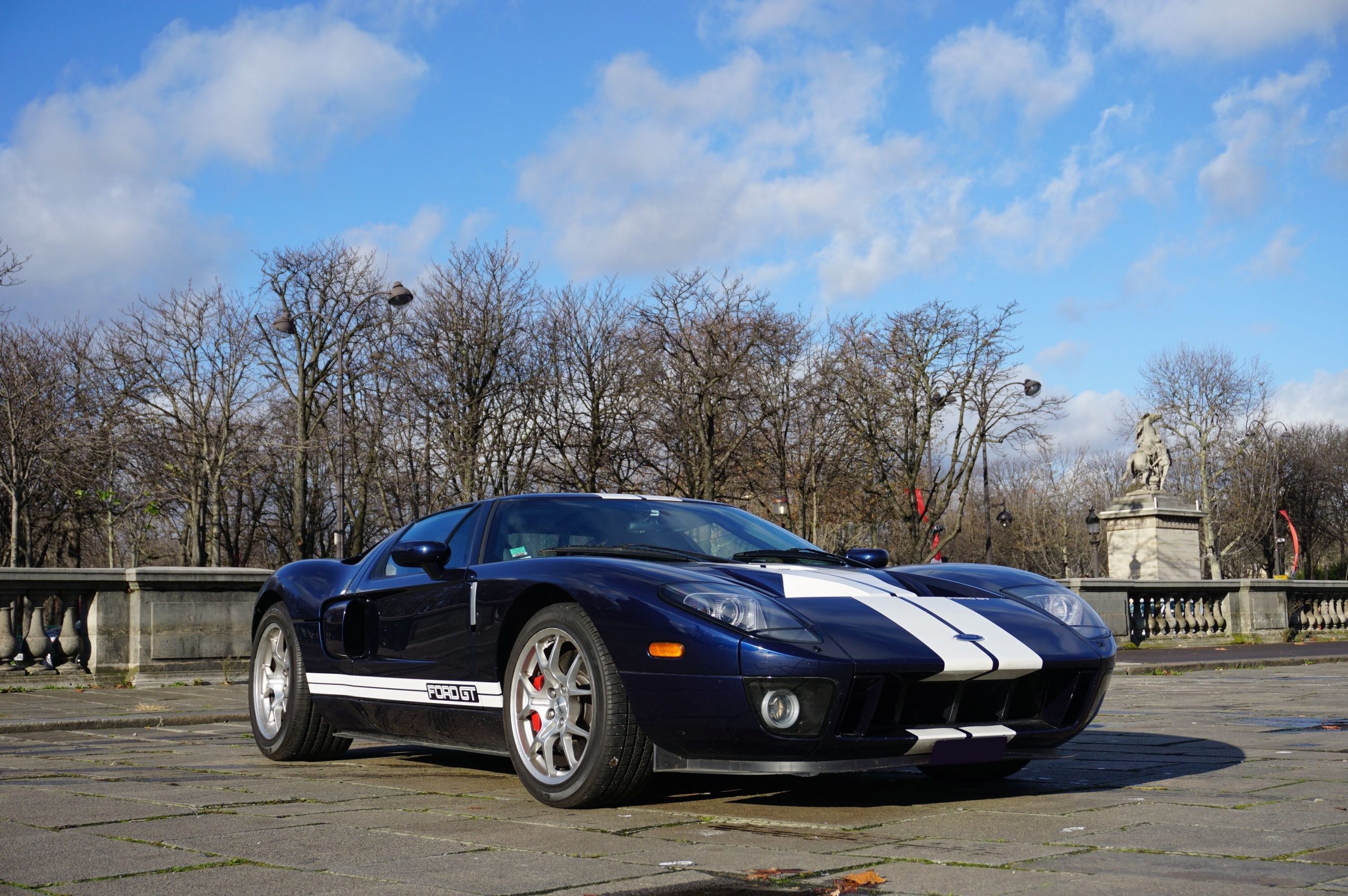 Evaluation: Original | Customized for French singer Johnny Hallyday with his initials in a few spots and an ashtray installed (because, presumably, he smoked in the car). Lots of paint chips on the nose. Light curb rash on the right front wheel. Two cracks on the left front fender. Light but noticeable wear on the driver’s seat and a scuff on the console lid. Represented with 10,173 miles. By the standards of 2005–06 Ford GTs, which are so often vacuum-sealed, low-mile, static displays in the States, this is a rough car even if it isn’t much worse than an average 15-year-old, 11,000-mile supercar.

Bottom Line: Condition-wise, this is far and away the worst Ford GT in memory, but props to M. Hallyday for actually having fun with it. The wear and tear on the car also seems to have made no difference whatsoever to the bidders in Paris. Ford GTs are a bit more of a hot commodity in Europe (only about 100 were imported there), and the Johnny Hallyday name certainly carries more weight in France than it does here. In the States, this price would ordinarily buy you a GT with 10 miles on the clock and the plastic still on the seats.