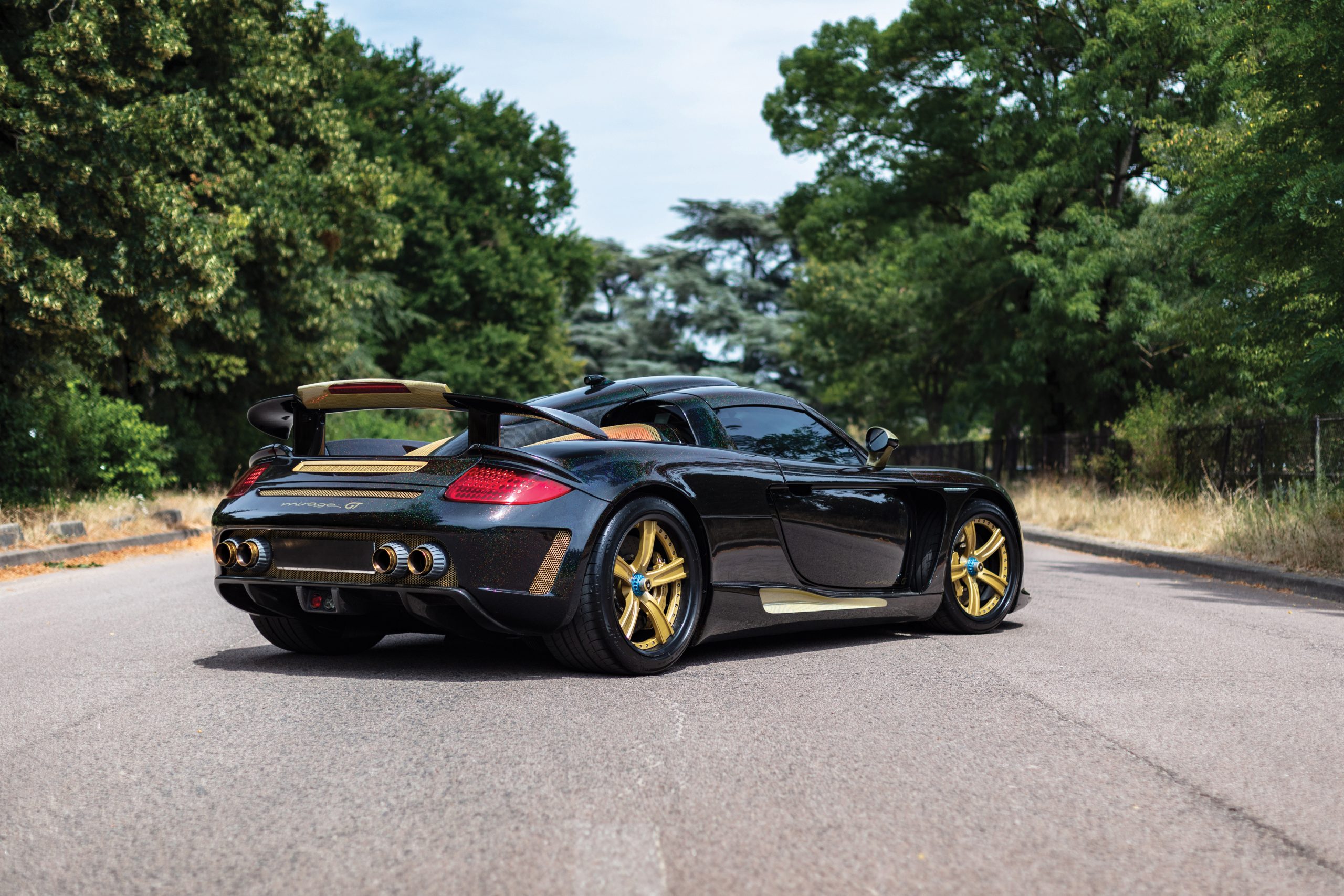 Evaluation: Original | One of 25 Gemballa Mirage GTs and one of three Gold ­Editions. Ordered new by soccer star Samuel Eto’o. Some chips and small scrapes on the bottom front, including the carbon splitter. Fisheyes in the paint on the nose. Very good interior. Represented with 6500 kilometers (4039 miles) and only lightly used.

Bottom Line: It may be covered in gold and have multicolored metal flake in the paint (which doesn’t sparkle in photos the way it does in person), but this is one of the more tasteful modified Porsches that German tuner Gemballa ever got its hands on. It’s still a modified Porsche, however, and there weren’t enough Champions League football fans to push this car to its ambitious €775,000 low estimate. The flamboyant paint job might have also put some people off. The reported high bid was about what a regular Carrera GT in similar condition with this mileage would expect to sell for. That sounds about right.

>
Resto-mod...watches? The build on your wrist overlaps with the one in your garage.
A story about
PorscheYoungtimer