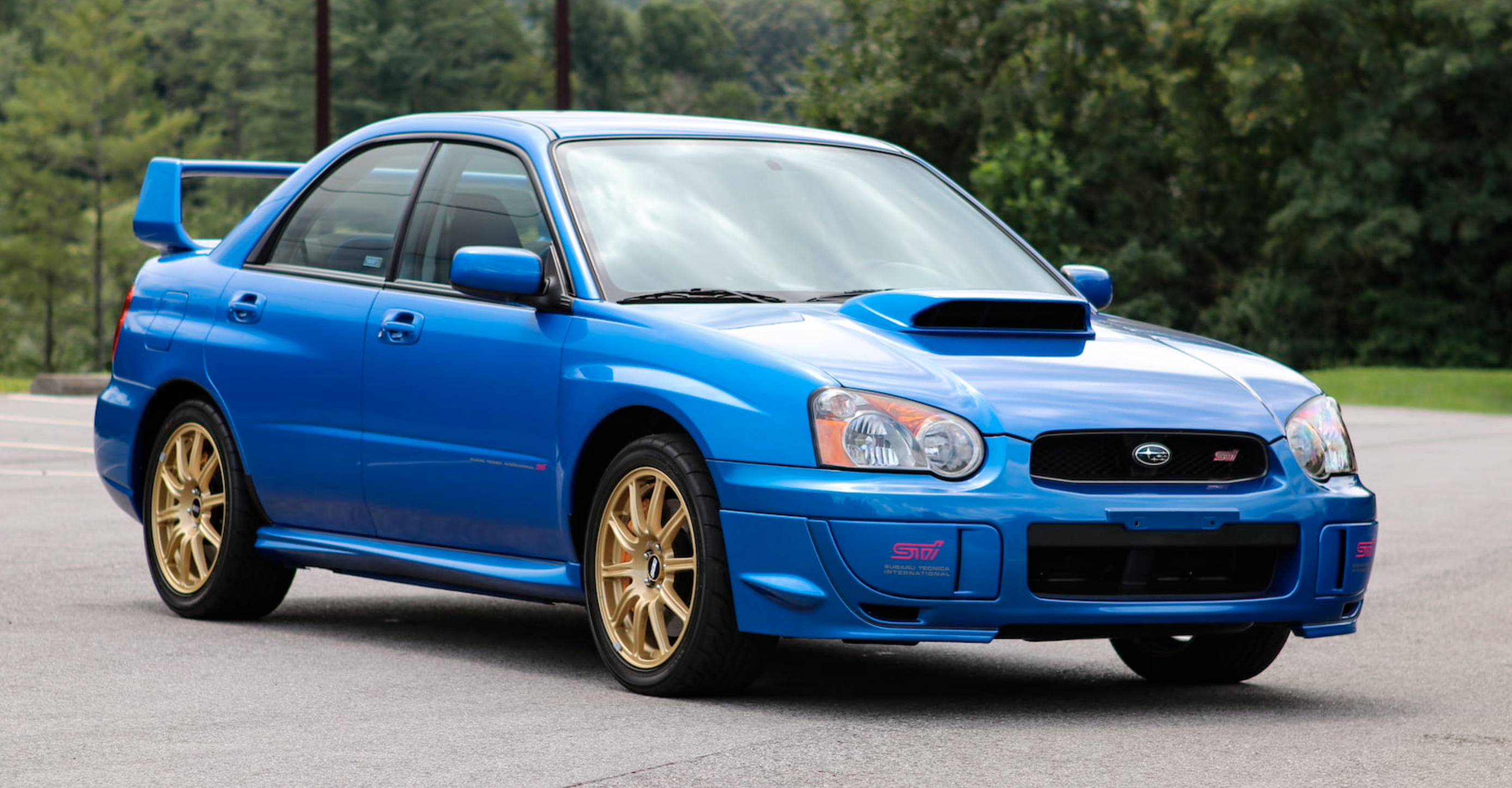 Evaluation: Represented as one of 1820 built in this color with the gold wheels, which is the best combination. Also represented with 6836 actual miles as well as a clean CARFAX, and there isn’t a mod or speed part in sight. Absolutely a collector-grade example of a significant tuner car. Not something you often see.

Bottom Line: 2004 was the first year for the US market WRX STI and the first with the more conventional “blob eye” headlights, and it arrived just in time to take on the Mitsubishi Lancer Evolution VIII in a rivalry that US enthusiasts had until then only been able to see from across an ocean.

Like the standard WRX, the STI was a brilliant-all rounder but offered more power, quicker steering, Brembo brakes, a 6-speed, and more advanced all-wheel drive. A fantastic car out of the box, then, but it was also a tuner favorite and many STIs in the 2000s at the very least burbled out through a fat aftermarket exhaust. There are plenty of jokes and stereotypes about WRXs (and their owners) but to car culture they’re hugely significant and more people will wish they had saved theirs like this example, especially given the price. It sold for even more than a black 7k-mile car that brought $66,150 on Bring a Trailer the same week. Beyond top dollar. 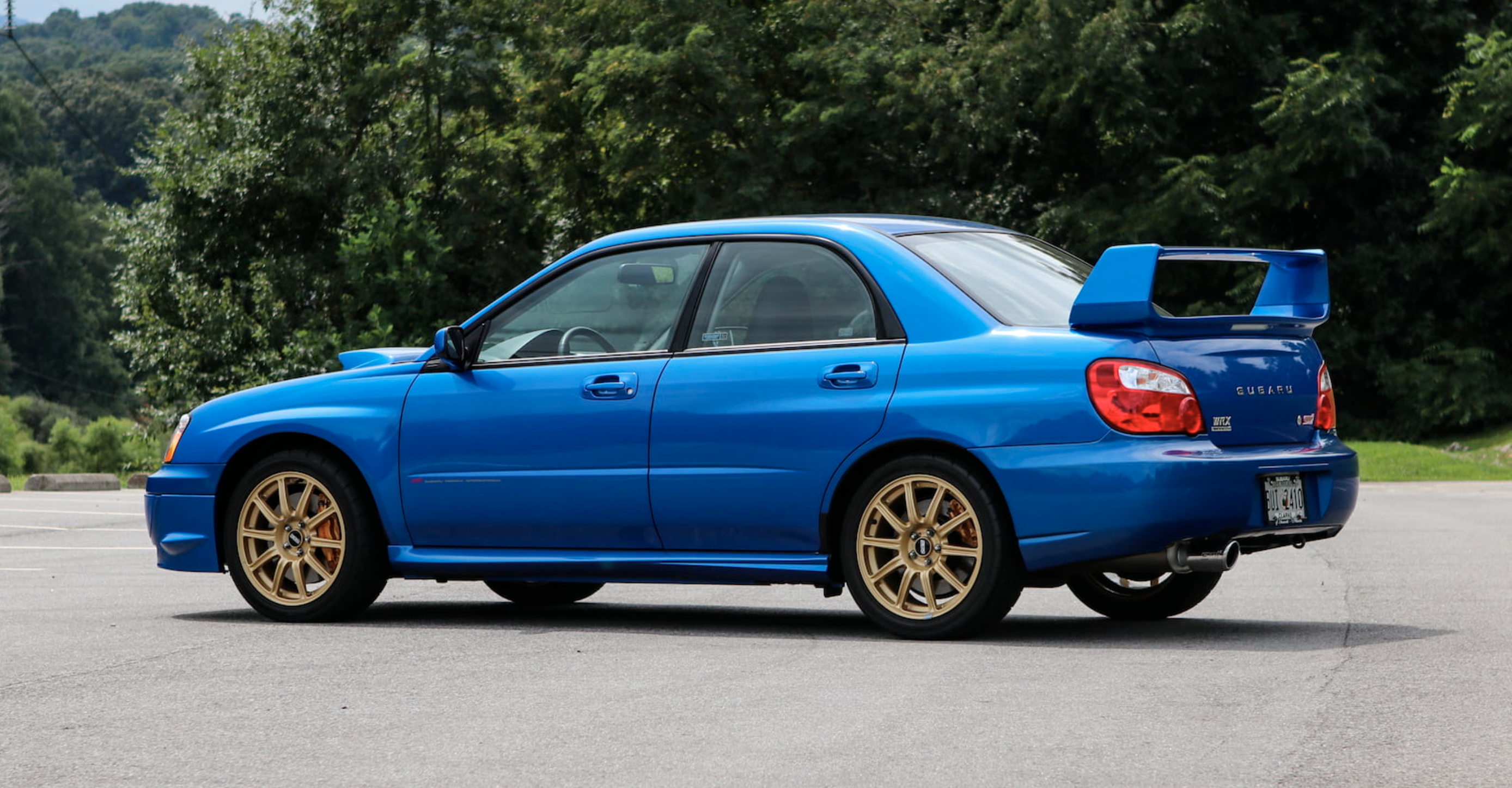