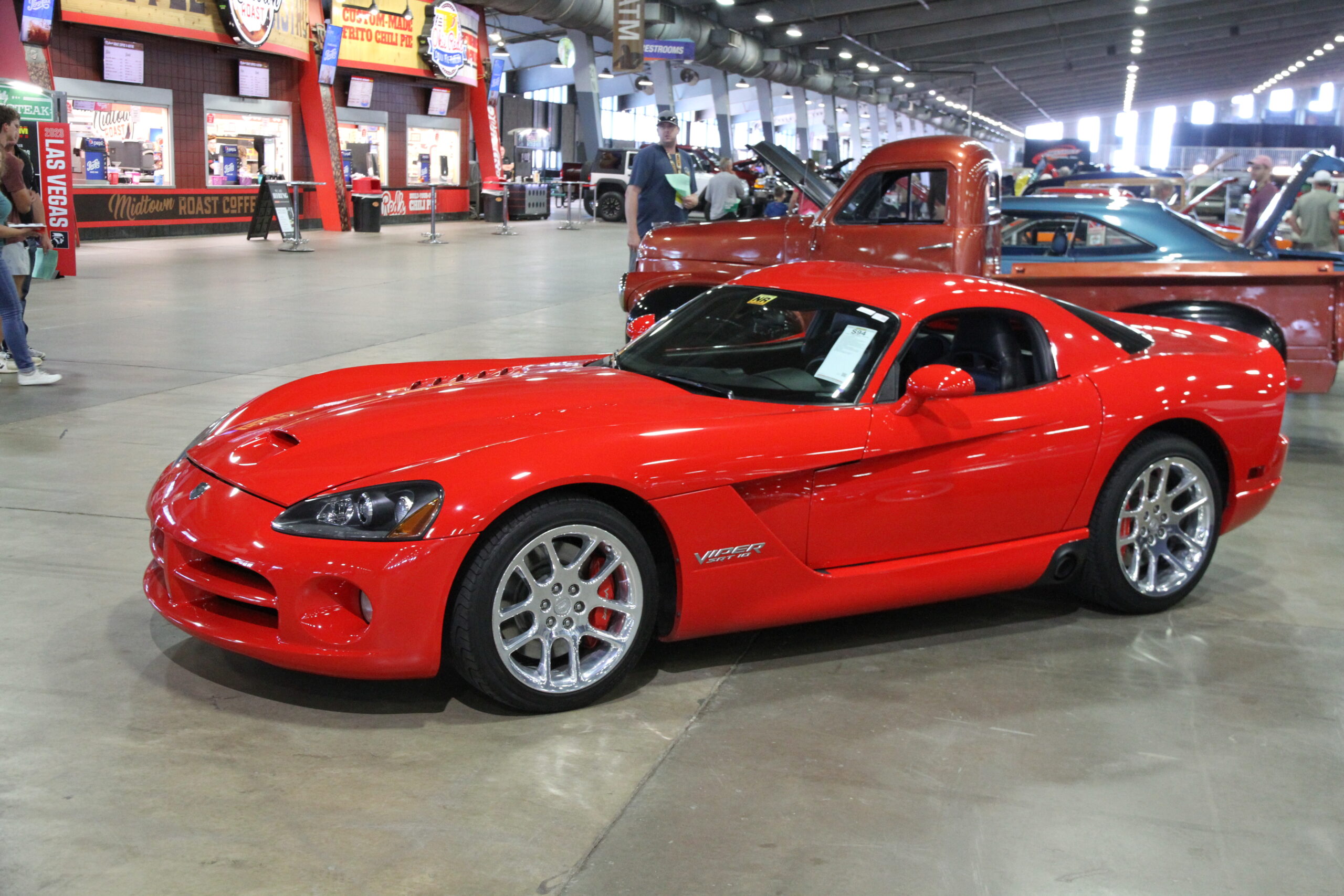 Bottom Line: The Viper got its first major redesign and restyling in 2003 with a more angular shape, shorter overhang from the bodywork, and a significant bump in performance to 505 hp and 525 lb-ft. In hindsight, this new Viper didn’t make the same kind of splash that its predecessor did, and the early 2000s automotive press was unanimous in concluding that the Corvette Z06 was a better all-rounder for way less money.

The 2003-2006 Vipers, then, haven’t been as coveted as the earlier and later cars despite their still-impressive speed. Over the last 12 months, though, people are starting to pay attention to them. Early Vipers have been on a sharp rise for quite some time, pricing certain Viper fans out and forcing them to turn to the 2003-2006 cars. It’s not all that long ago that $79,200 would have seemed preposterous for a base SRT-10, it’s about the going rate for a car like this in 2022. It’s also almost exactly the car’s original MSRP (not adjusted for inflation).

>
This 1969 Dodge Charger Daytona broke an auction record, but could it have claimed more?
A story about
MecumMuscle Carmuscle cars