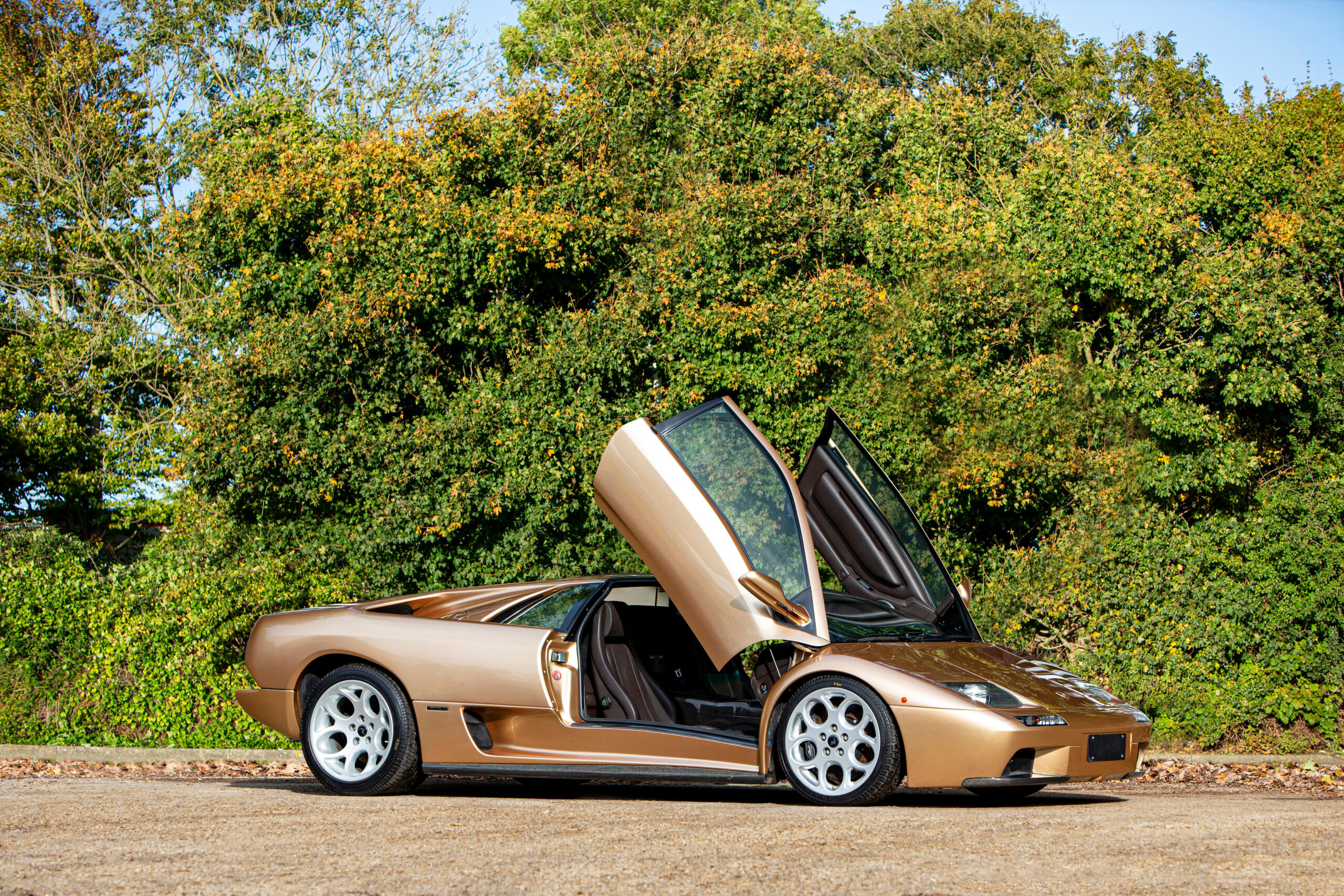 Evaluation: A one-owner car showing 5093 believable km (3165 miles), and number 5 of a limited run of 40. Built to Gulf States specification. That’s the good stuff. The bad news is that it has been stored for “some time,” and will need attention before hitting the road. The original paint is mint and the wheels are clean, but there’s road dust in the wheel arches and underneath, and there’s surface corrosion on the inner parts of the brake discs. The interior look very good with loose leather on the center console the only serious sign of age. An unusual color, but it works.

Bottom Line: When Audi took over Lamborghini in 1998, the Diablo had been in production for several years and was nearing the end of its development life. Work quickly commenced on its replacement, the Murcielago. But the Diablo wasn’t gone yet, and it was significantly refined for its last couple of model years with an exterior facelift, interior upgrades and the engine from the Diablo GT. The limited-production 6.0 SE was available in either this Orio Elios gold color or a color-shifting bronze/maroon called Marrone Eklipsis. Supposedly the two shades represented sunrise and sunset.

The SE is typically the most valuable Diablo variant in our price guide save for the track-oriented Diablo GT, and this one sold well considering its potentially big shop bills and that it’s a LHD car and a RHD market. At nearly 100 grand over its estimate it was far from a steal, but there’s a lot of growth potential for late-model, stick shift, naturally aspirated V12 cars, so in a few years this might look like a decent buy. 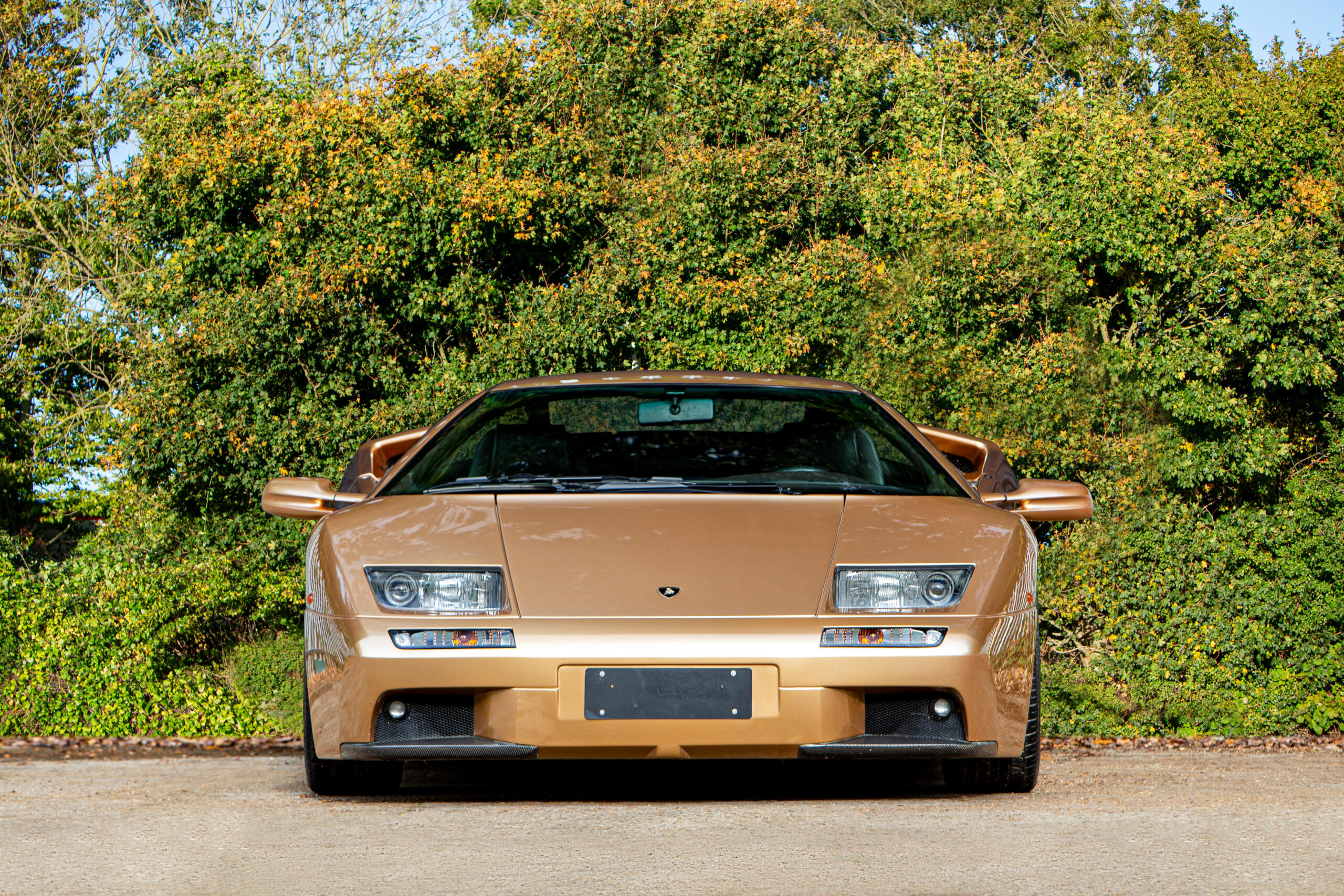 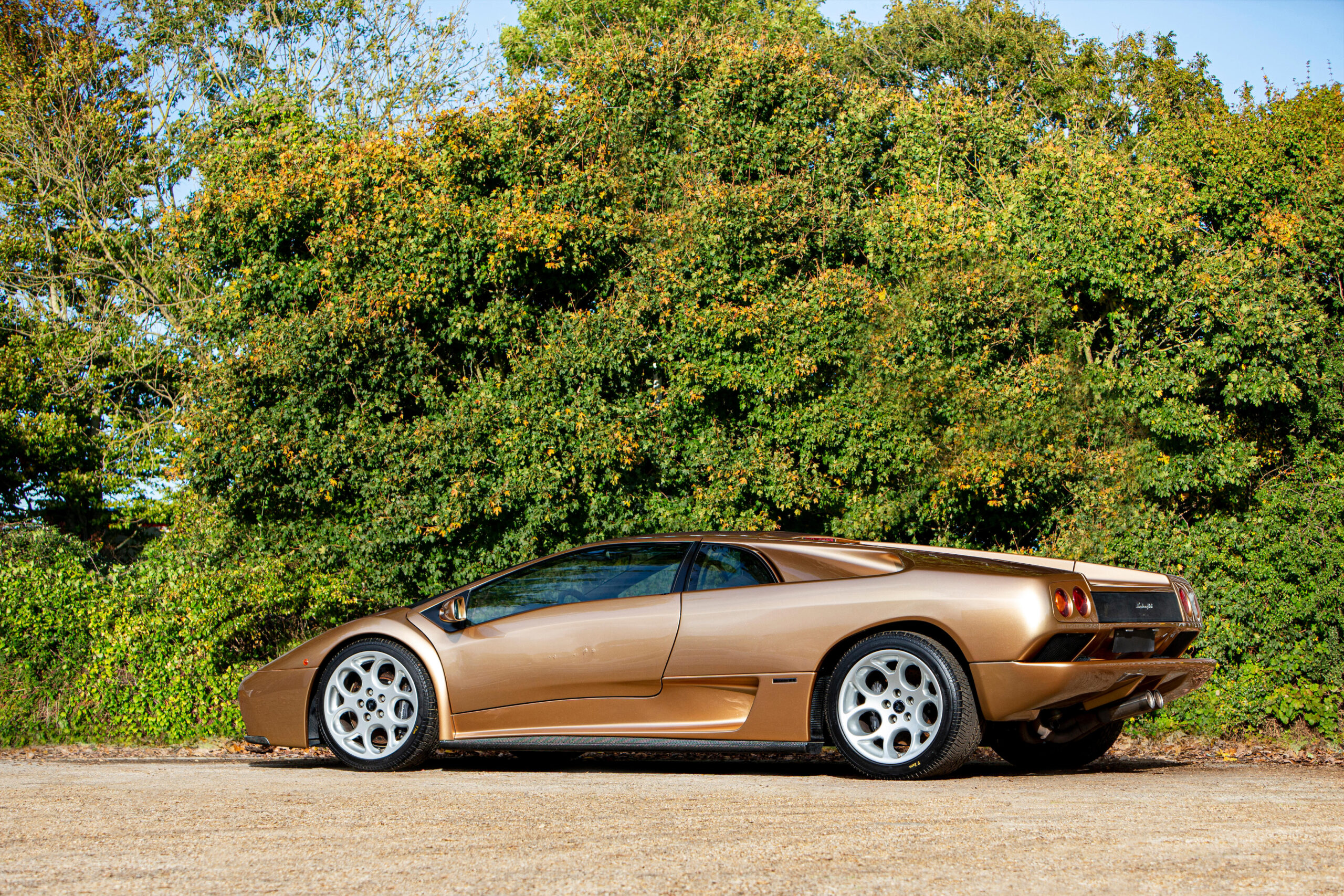 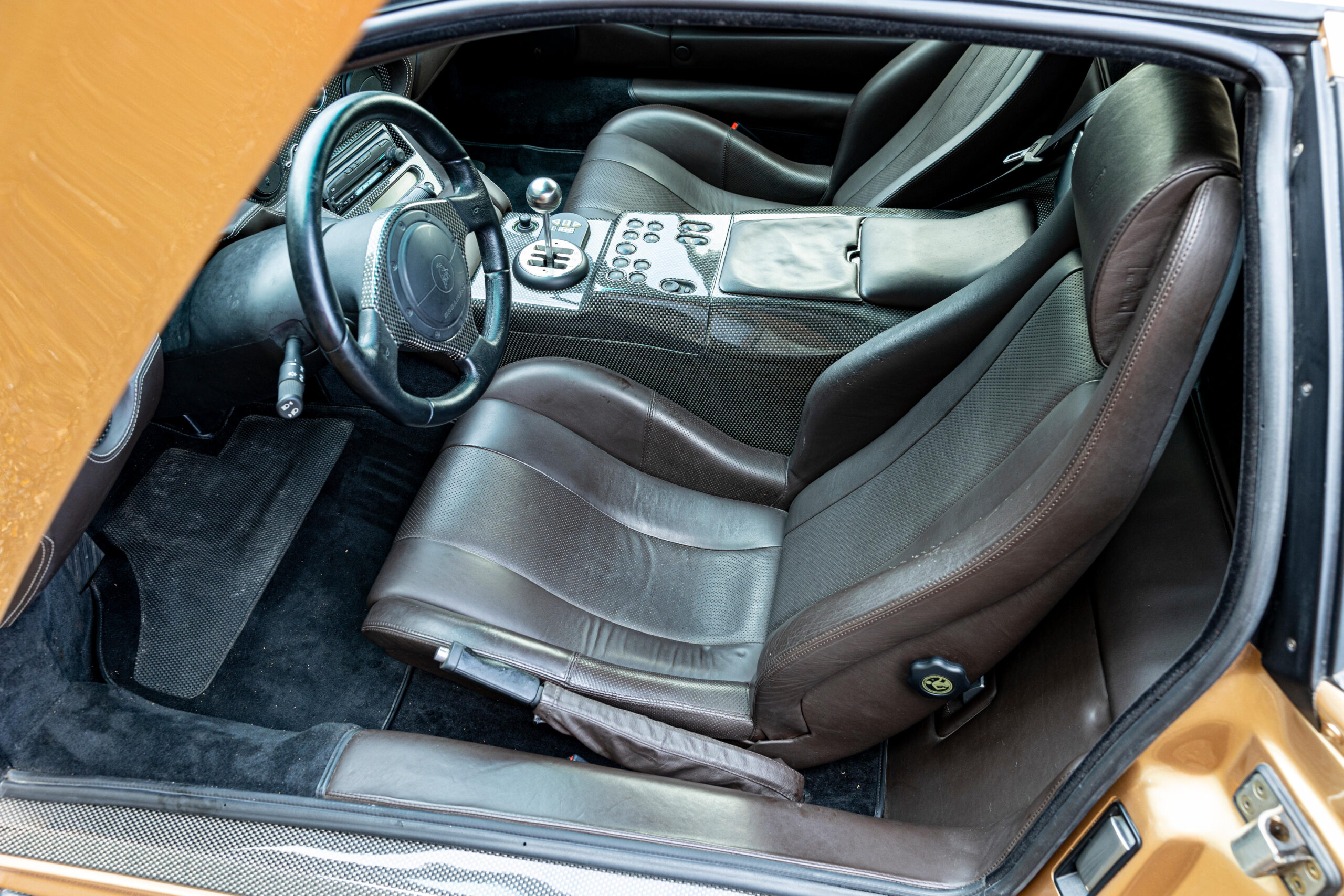 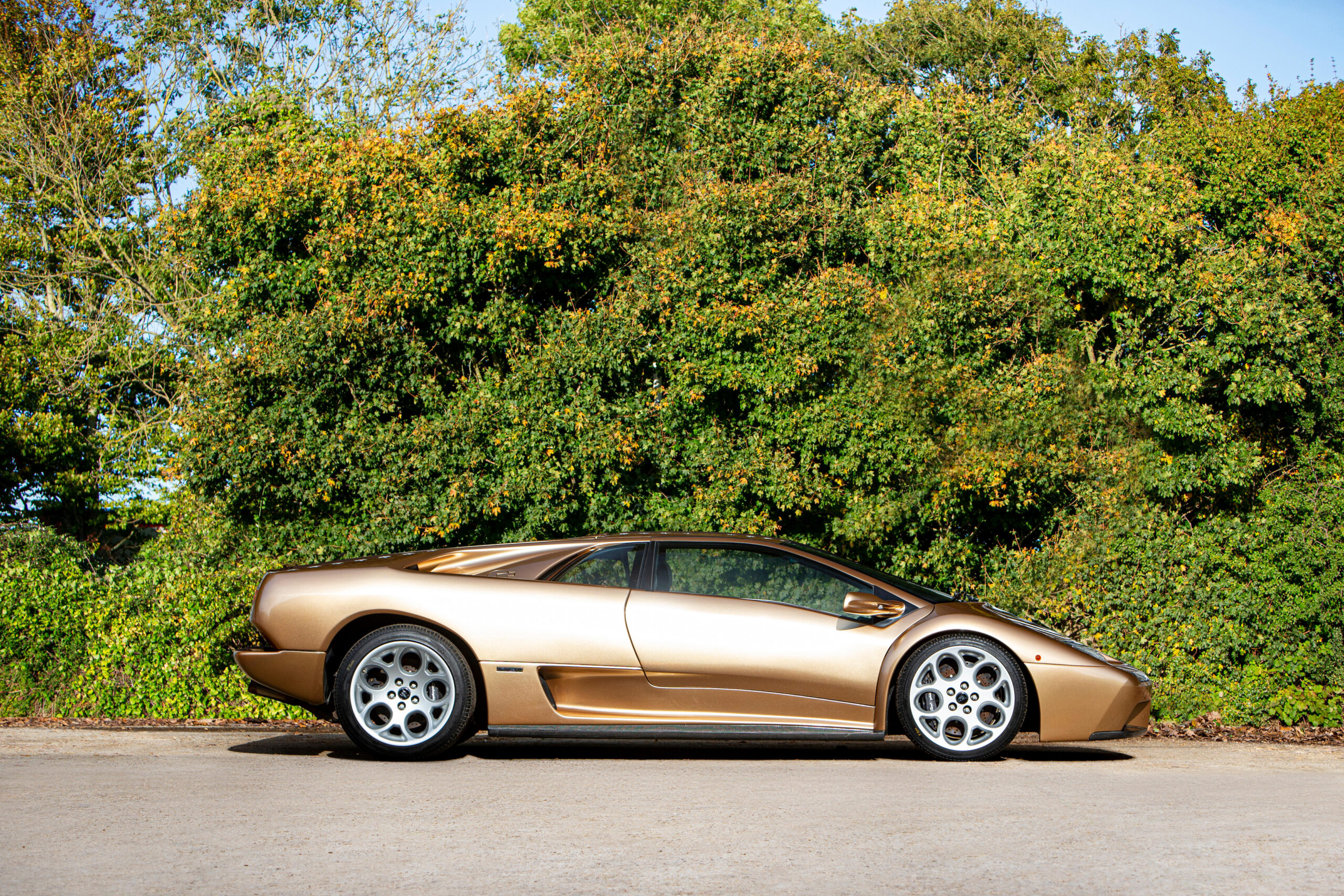 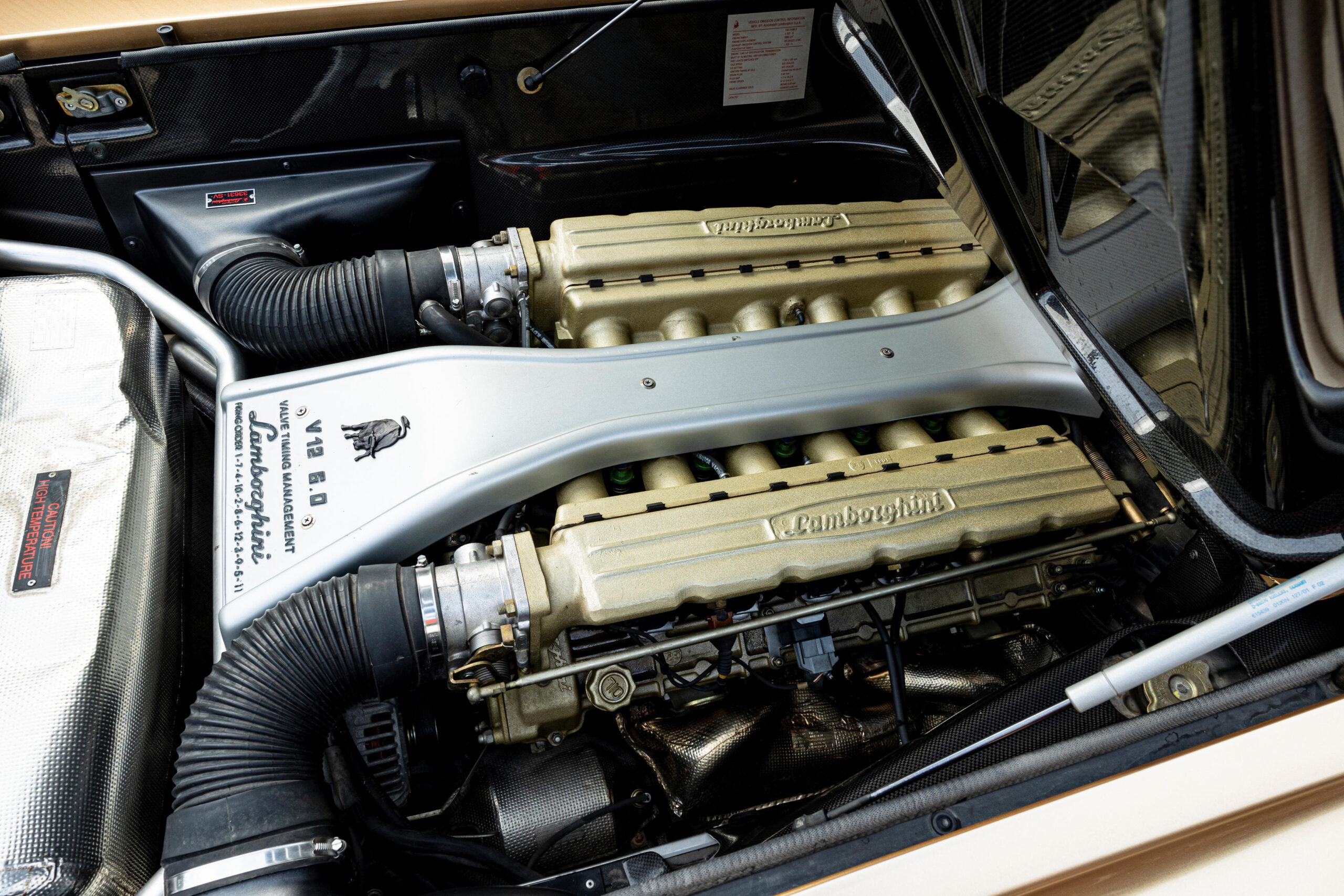 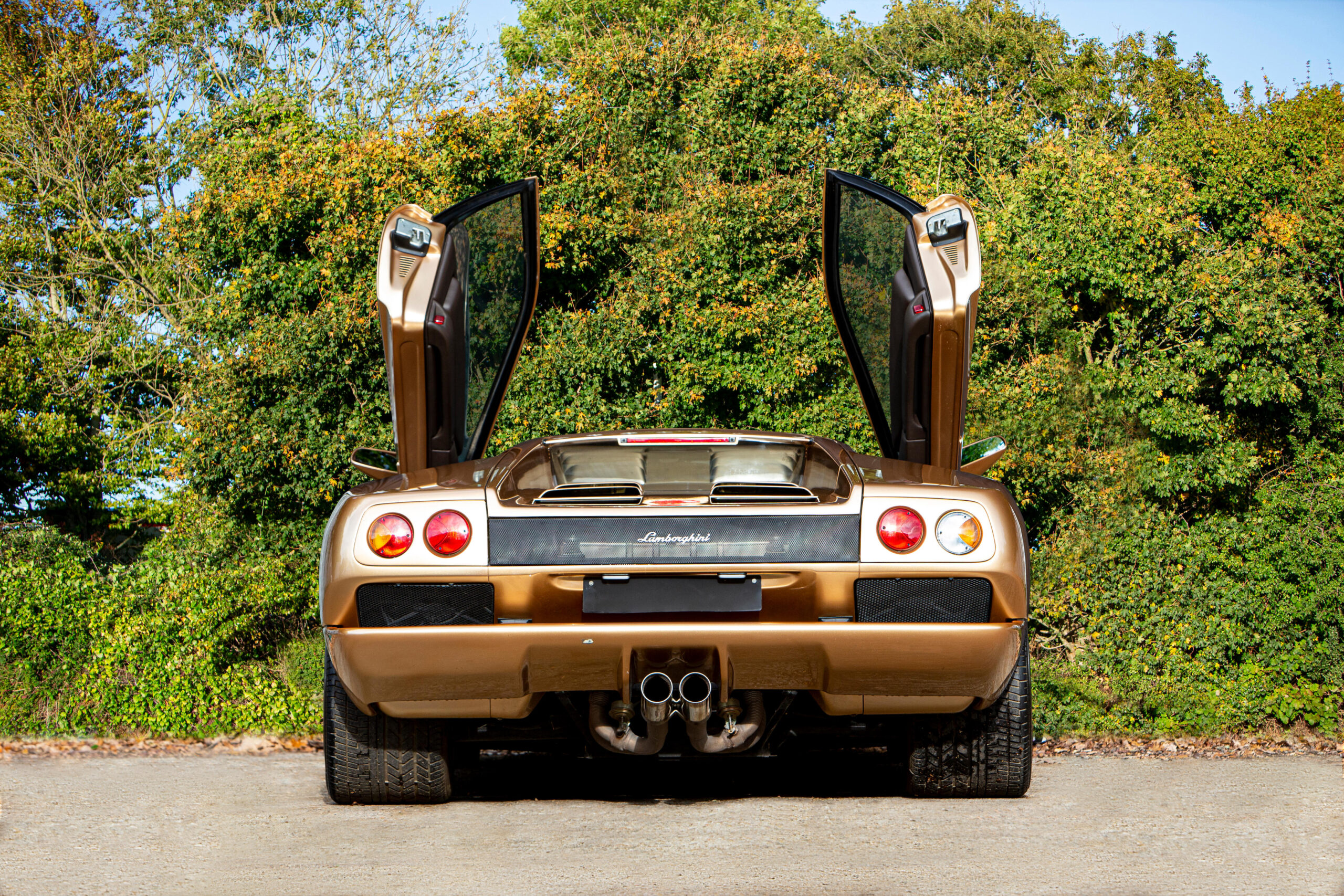