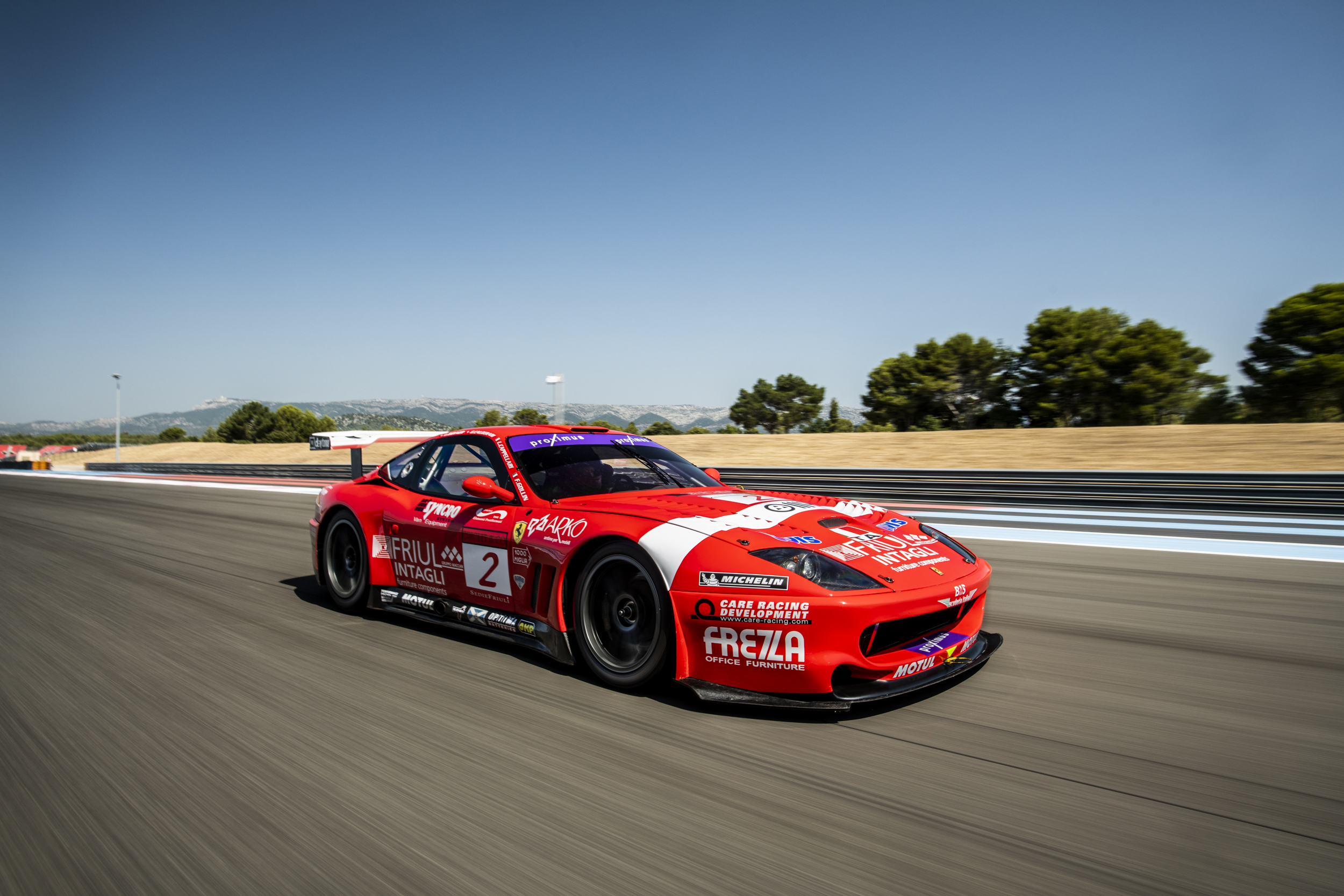 Evaluation: Competition restoration | The second of twelve 550 GT1s built by Prodrive. Campaigned extensively from 2001 to 2005, with 15 pole positions, 14 outright wins, and 29 podiums on its résumé. Won the 2004 FIA GT Championship and took overall victory at that year’s Spa 24 Hours. Has since been fully rebuilt and will be delivered race-ready. Located in France

Bottom Line: Gooding & Company’s sale of a lovely long nose 1966 Ferrari 275 GTB on August 7 (see next entry) broke the world record for an online auction car at $3.08M. That record lasted barely a week before this car came along. The price makes sense: The Prodrive 550s were real winners, and this was one of the most successful of them all. As the name indicates, the 550s weren’t factory-built cars but conversions done by Prodrive, the British outfit that ran Subaru’s championship-winning rally team. (During the early 2000s, Ferrari was too busy steamrolling everybody in Formula 1 to care much about sports car racing.) Although it’s a bit apples and oranges to compare the online “Monterey” sales this year with the real thing last year, it’s worth noting that if this car sold at the Portola in Monterey in 2019, it would have come in at No. 10 on the week’s top 10 sales list.

>
Why on earth is an IROC Camaro worth more than a C4 Corvette?
A story about
FerrariYoungtimer