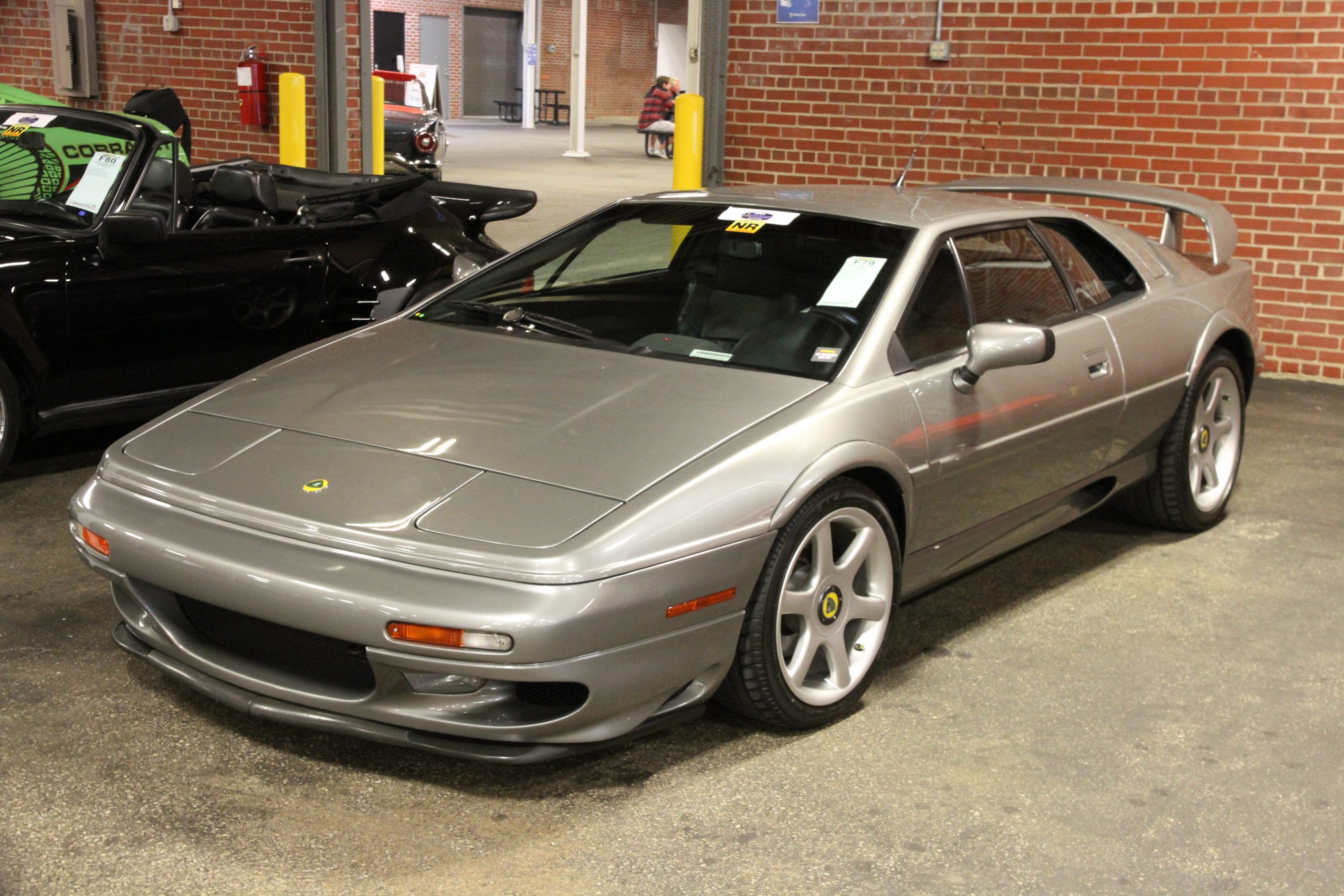 Evaluation: Represented as one of just 97 Esprits brought to the U.S. for 1999, with 13,200 miles, and as having the same owner since 2002. Also represented with the original tires and window sticker, but no word on service history. A few small chips on the nose and bottom front lip. Small curb scrape on the right front wheel. Several long scratches on the left rear fender flare. Very lightly worn seats. A lightly used late Esprit with forgivable flaws.

Bottom Line: When the S4 Esprit gained Lotus’s all-aluminum twin-turbo flat-plane crank V-8 in 1996 it gave the British wedge a huge leap in performance, but US imports hovered at around just 100 cars per year from 1997-2002. Given that they’re the quickest, the most developed and the last Esprits, the V8 cars naturally command a big premium over the four-cylinder cars but even V8 Esprits generally command less money than other exotics of the period. They have been getting pricier over the past few years, however, and this is another strong result, one of the most expensive ones we’ve seen at auction.