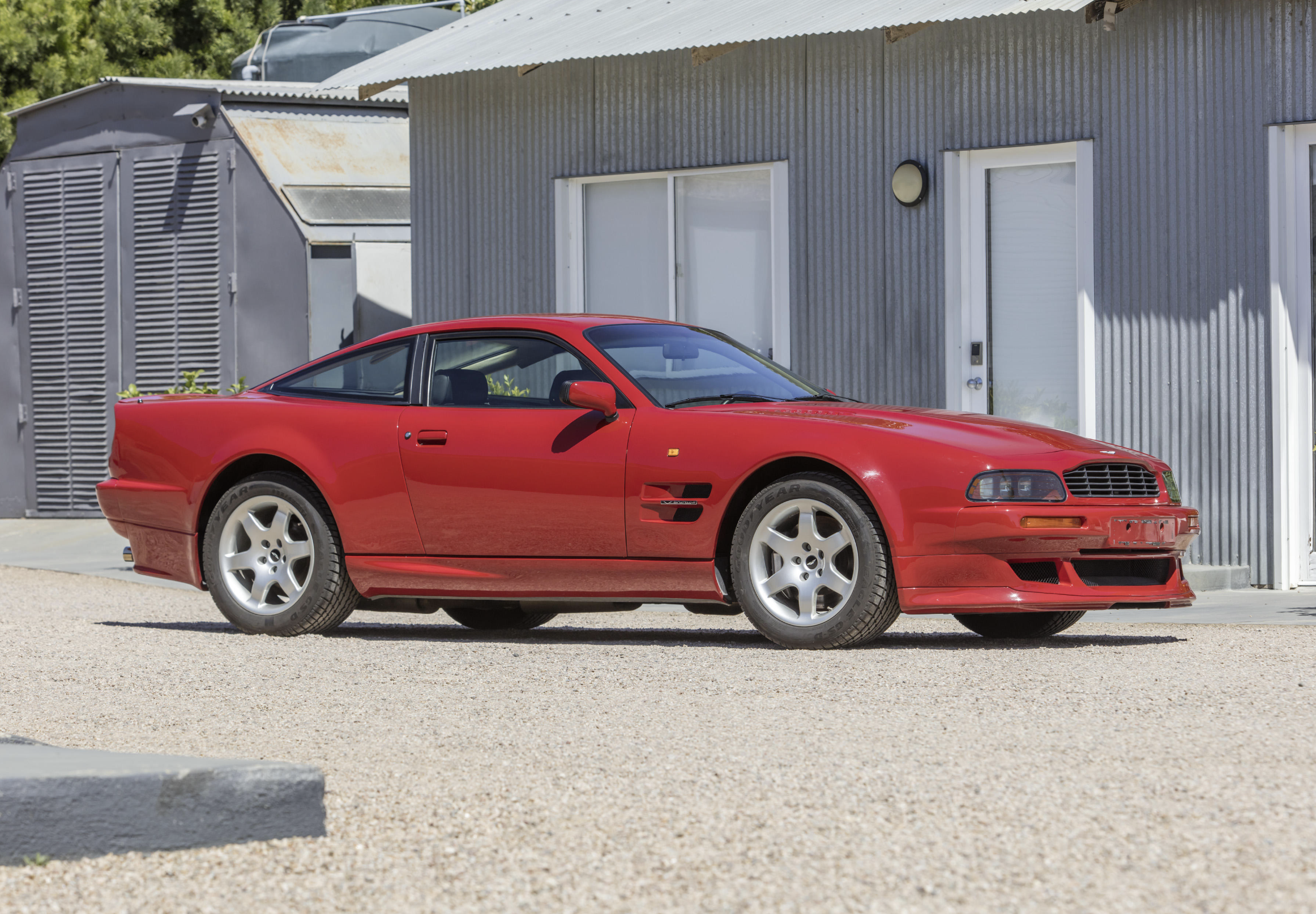 Evaluation: One of 239 built, and showing 8031 km (4990 km). Some minor chips and a small crack on the nose. Clean wheels but old tires. Serious delaminating on the left rear window and the rubber strip is loose around the right rear window. Very clean interior that matches the mileage. One of the coolest and fastest cars of the ‘90s, even if this one isn’t perfect. Muscle car looks and muscle car performance with Aston luxury and sophistication, but also Aston shop bills.

Bottom Line: The twin-supercharged Vantage belted out 550 horsepower and 555 lb-ft of torque when 911 Turbos, Vipers and Lambos were working with well under 500. Ferrari’s top dog at the time, the F50, made do with just 515 hp. But the Aston weighs more than two tons and period road testers found the car unpredictable, or even scary, to drive. It’s a rare sight on our shores as it was never sold here, but despite that notoriety, it underwhelmed on the block and sold for way less than it cost new, just as many 1990s and ’00s Astons do. One of the cheapest ways to park next to the best stuff at Radwood.