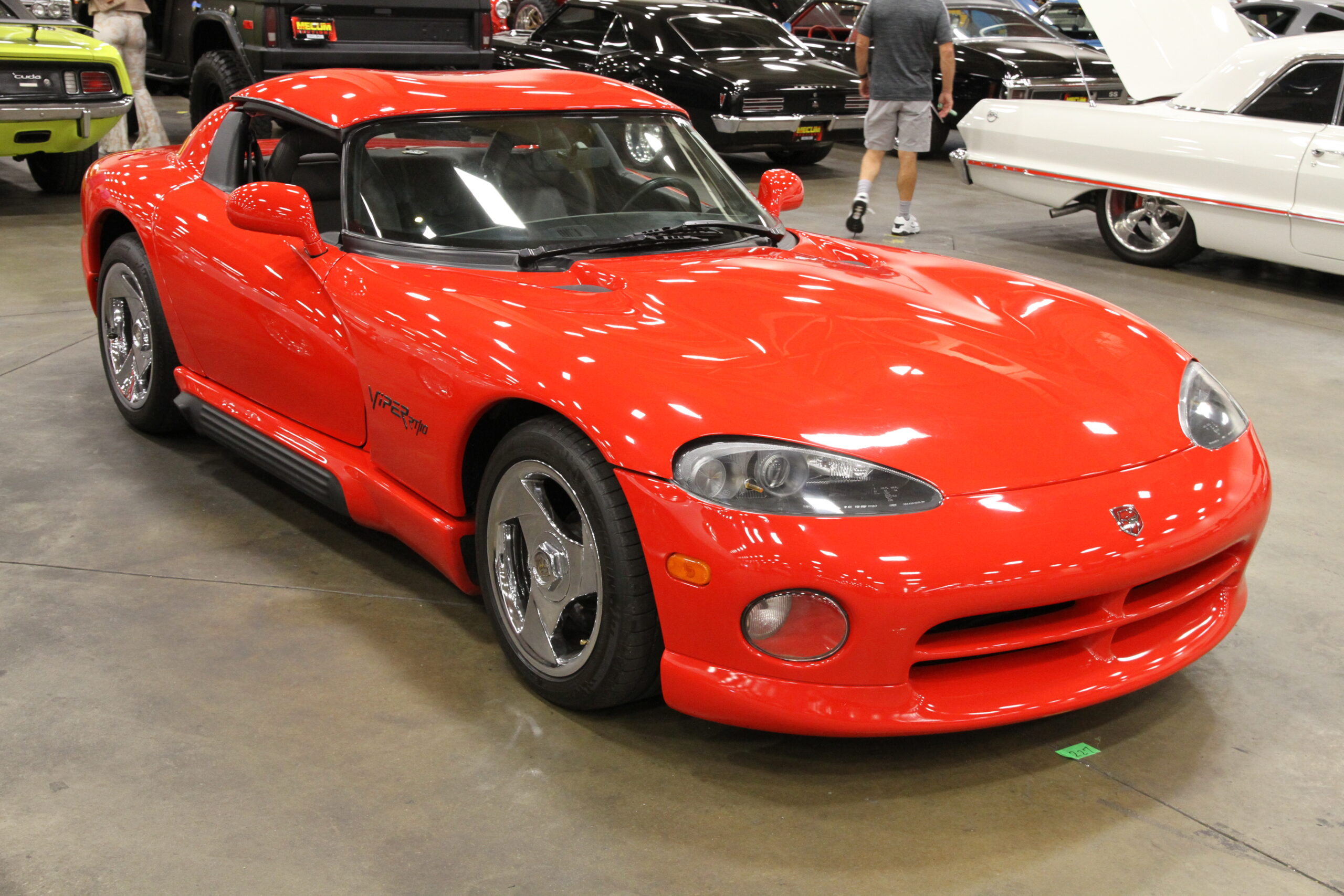 Evaluation: Represented with 17,100 miles. A few small chips on the nose and a large T-shaped crack on the right front. Large scratches on the back of the hardtop as well. Good interior. Some light road dirt underneath. Not as clean as the mileage might suggest, but still a decent, unmodified example of the early bare bones Viper.

Bottom Line: The original RT/10 was a sensation when it was new, but it has been overshadowed by the later, better, more usable Vipers. Even so, these early cars have risen right along with other Viper prices. It used to be a sort of open secret that an old Viper offered about as much speed per dollar as you could find anywhere, but they’re not the performance bargain they used to be. This is a strong result for one with visible age and flaws, undoubtedly helped along by its relatively low odometer reading.