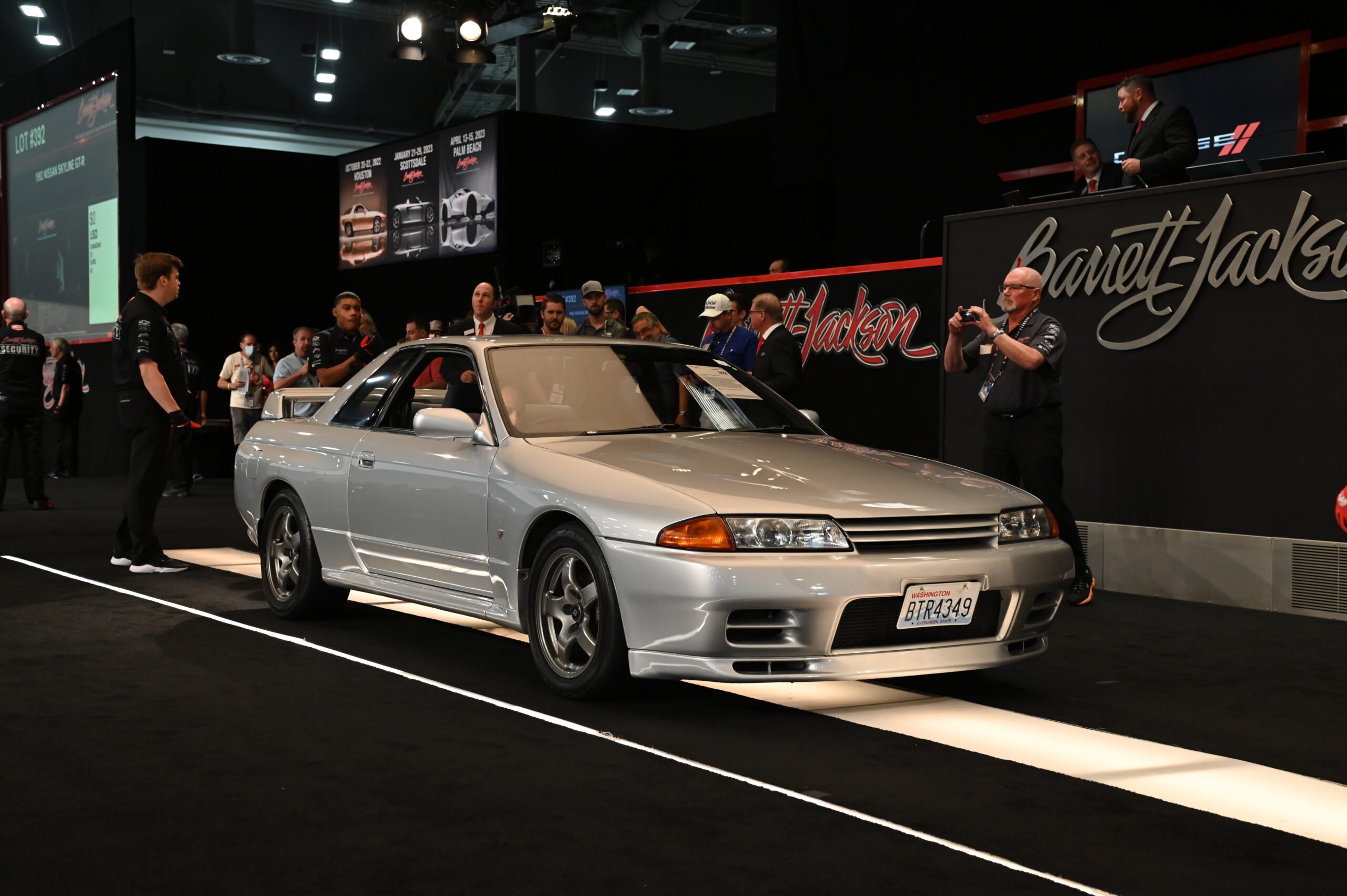 Evaluation: Reportedly all stock other than the suspension, although the muffler is aftermarket, both pretty standard changes on these cars. Also reportedly imported to Southern California in 2017 and kept there since. Showing 140,846 km (87,518 miles). Good original paint with a handful of tiny chips. A few dings in the original wheels. Mostly good interior but all the trim around the rear quarter windows is coming loose. A bit dirty but mostly tidy and maintained underneath. A solid, used but not abused R32.

Bottom Line: This is a surprisingly low price for a solid GT-R. Once these became eligible for import starting in 2014, there has been a steady stream of R32s making their way to American garages and prices continued to climb even as the supply of both R32s and later R33s increased. One sale doesn’t make a trend, but we would have expected another 15 grand or so. Maybe the demand for these pieces of JDM royalty is finally starting to soften.

>
We expected this rare Nissan R34 GT-R to sell for a lot more. Here's why it didn't.
A story about
Barrett-JacksonJapanese classicsjdm