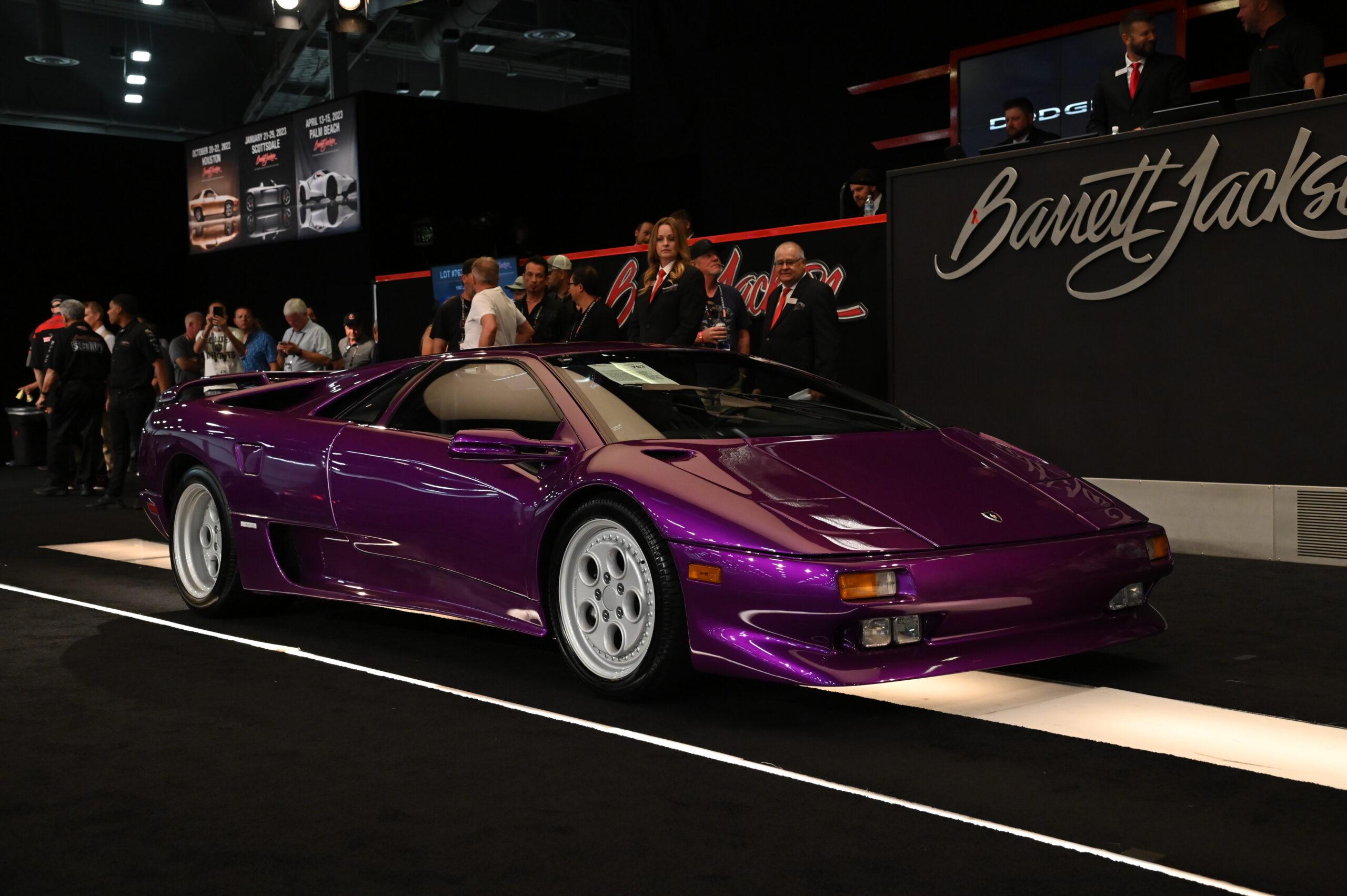 Evaluation: Bad repaint, especially by exotic car standards, with imperfect masking and uneven finish around the edges. On top of that, there are several chips and touch ups. The engine cover and rear wing also don’t match the rest of the car. The rubber between the quarter window and roof is loose. The rest of the car looks OK, but there is little in the way of service represented. It’s impossible to miss a purple Lamborghini, but it’s also impossible to miss how disappointing this one’s paint actually is.

Bottom Line: Pulled up by massive prices for its Countach predecessors and by growing interest in analog exotic cars generally, Diablos have appreciated big time and done so very quickly, in some cases more than doubling in value since the mid-2010s. The Vegas bidders didn’t, however, get ahead of themselves on this car, putting up condition #3 money for a condition #3 Diablo. That it had been owned by Danny Koker of Counts Kustoms (“Counting Cars” on the History Channel) didn’t seem to have inspired any extra paddle waving. 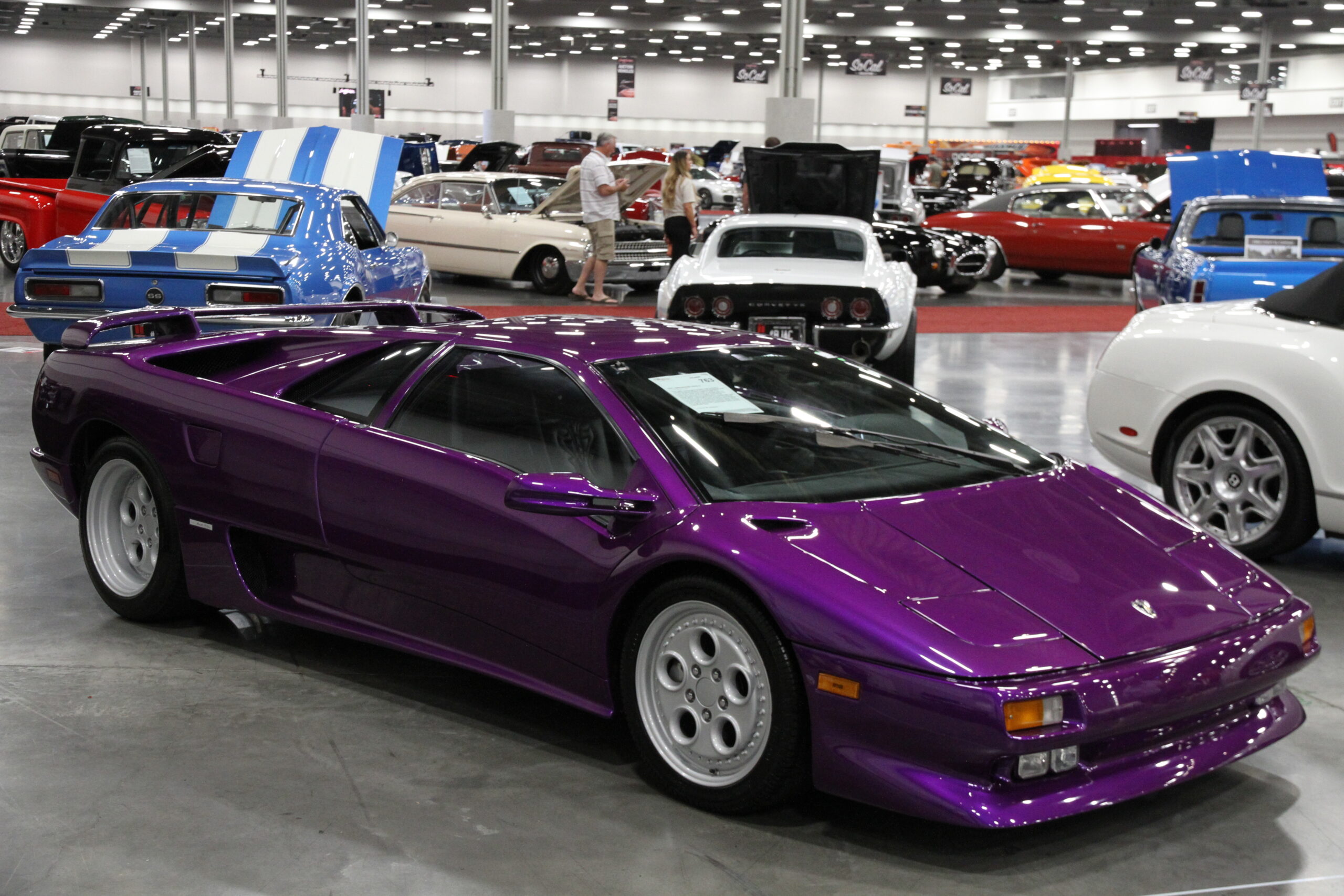