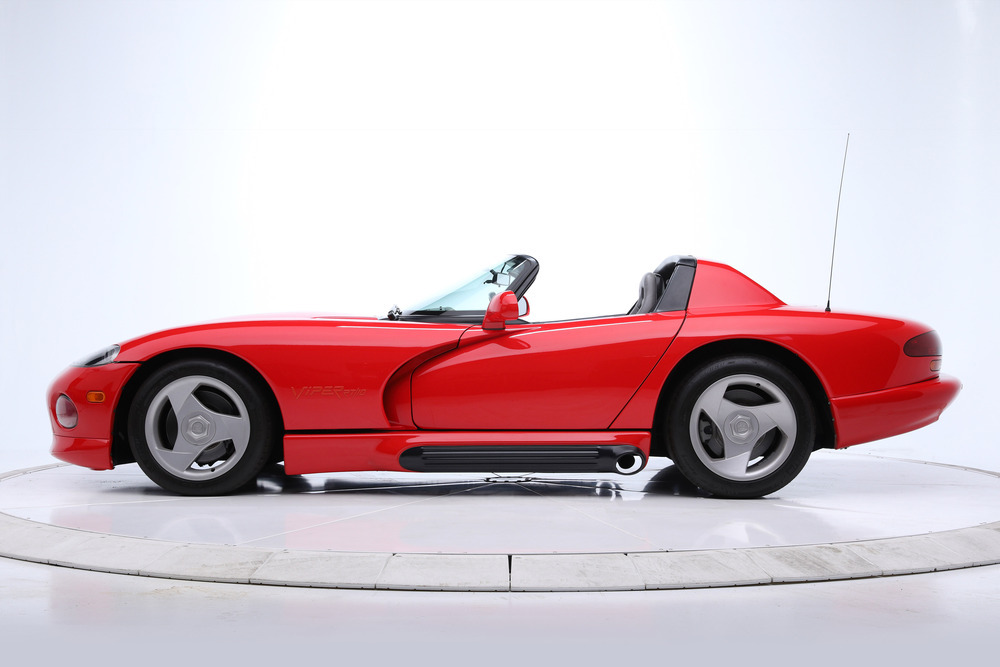 Evaluation: Original | One of just 285 Vipers built for 1992, the first model year. Bought new by ex-NFL quarterback John Elway. Spent much of its life displayed in the showroom and maintained at his dealership in Colorado. Represented with 8000 original miles. Located in Arizona.

Bottom Line: Obviously, there are no crowds in an internet auction, but this car clearly failed to excite anyone like it did in Scottsdale only a few months ago, where it was reported sold for $88,000 (we rated it in #2- condition at the time). The John Elway connection doesn’t necessarily make this Viper more desirable to anybody but Broncos fanatics, but this reported high bid is light for an 8000-mile ’92 car even if we forget about him. The consignor was reasonable to hold out, although this might be a hard car to sell anytime soon.