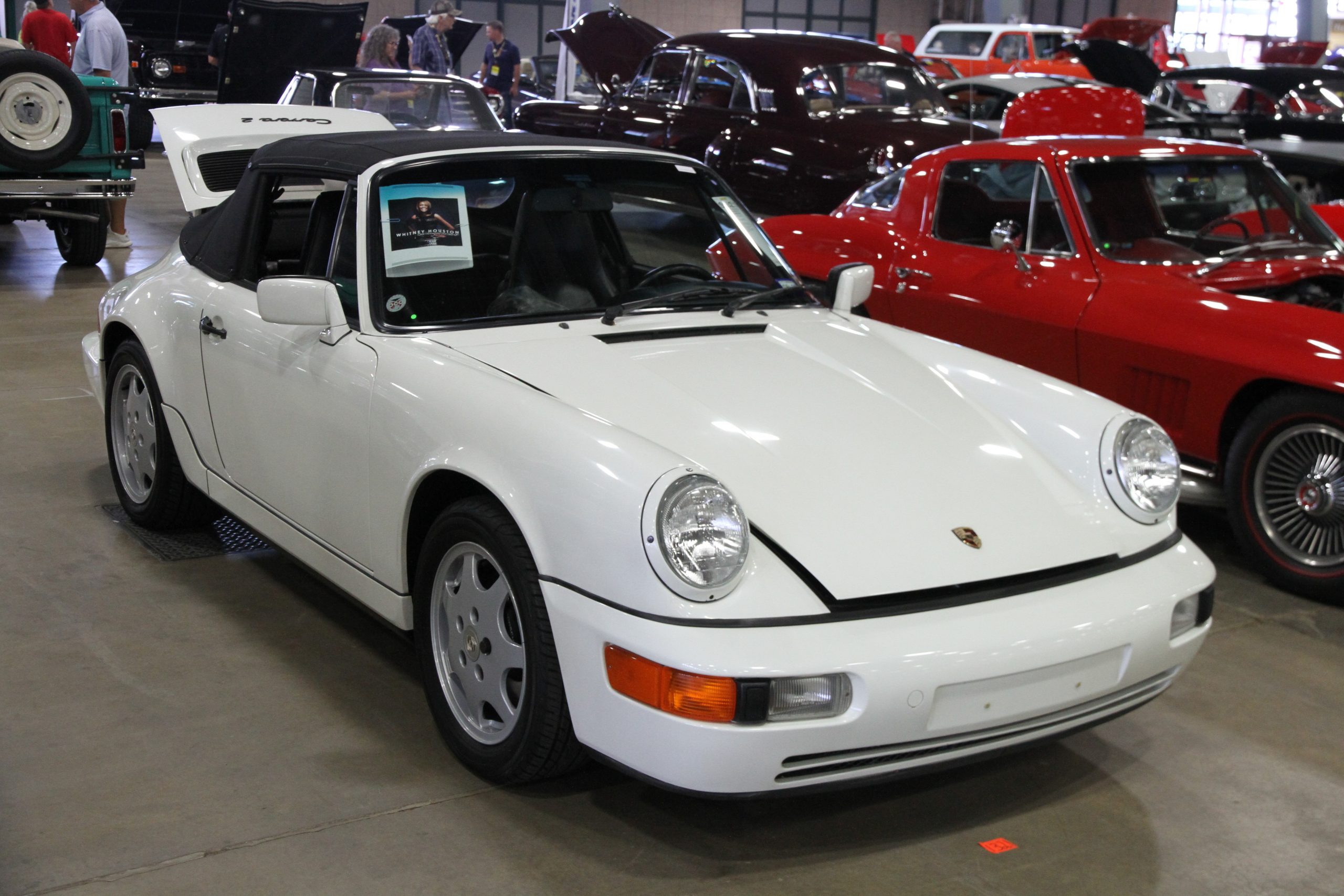 Evaluation: Previously owned by Whitney Houston. Showing 59,533 miles. No obvious flaws in the paint other than a few scratches but it’s showing its age, and the top looks a little worn. The “2” in the “Carrera 2” script has a crack in it. Used but maintained engine bay. It’s unclear how long Houston owned this Porsche, but it appears she took surprisingly good care of it given the singer’s later antics. All in all, a mostly clean and used 964 Cabriolet that’s really only let down by Whitney’s transmission choice.

Bottom Line: This car sold in Scottsdale six years and 32 miles ago for $38,225. That was a surprisingly high Whitney premium back in 2015, and there was a surprisingly high one again in 2021. In today’s market a used Tiptronic Carrera 2 cab owned by an average Joe Houston would typically do a lot closer to 30 grand. The premium it earned here is largely inexplicable.

>
Is there such a thing as too many winged wonders?
A story about
MecumYoungtimer