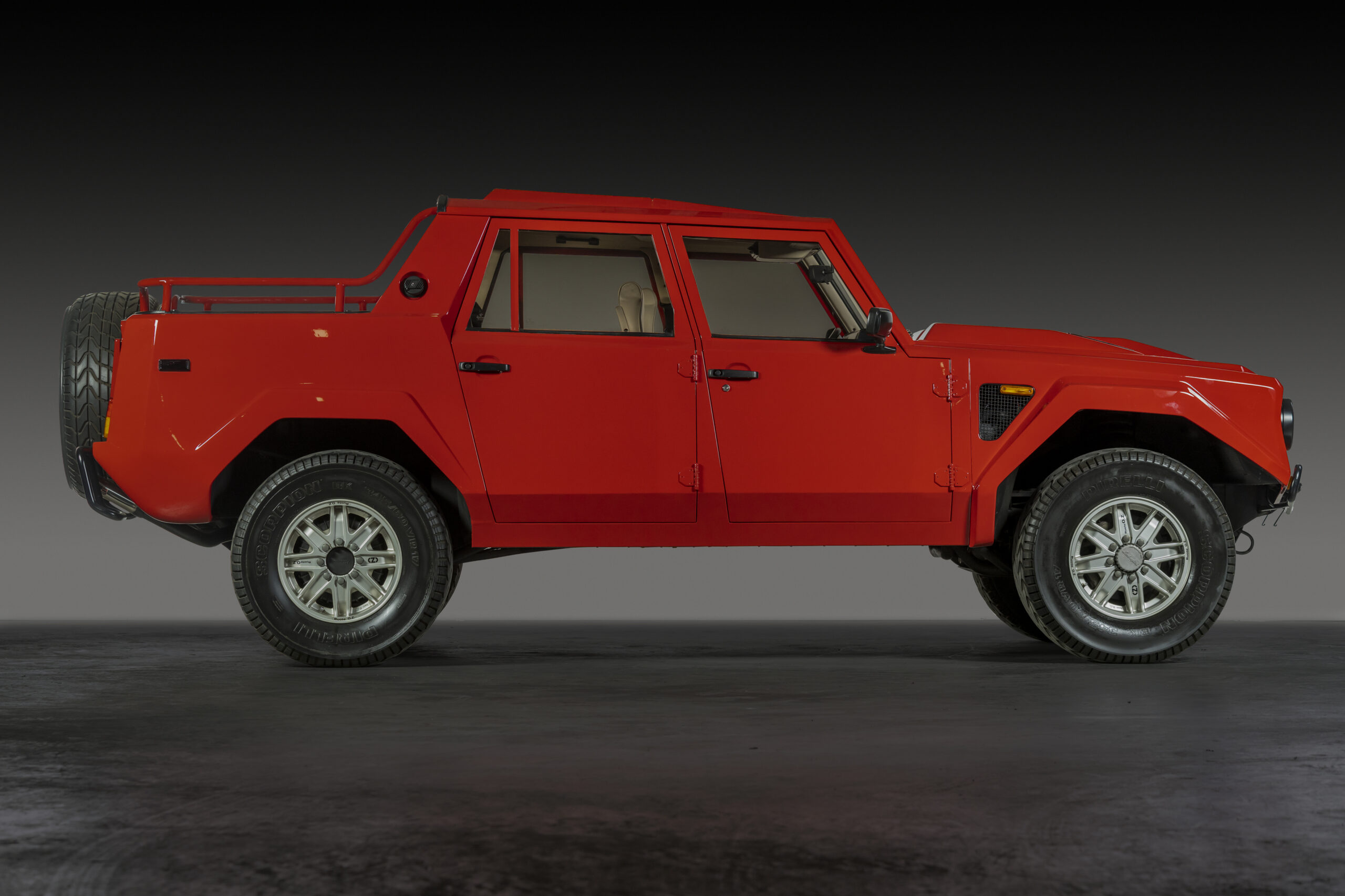 Evaluation: From the Youngtimer Collection. Showing 8931 km (5549 miles) and repainted in 2014. Unknown early history but a “Japan Lamborghini Owner’s Club” sticker on the console suggests that it spent some time there. Currently it has Kuwaiti registration documents. There is light but visible age to the leather, carpets, and switchgear. The paint looks decent. The engine bay is a little bit dirty but has reportedly been consistently maintained despite this Rambo Lambo’s lack of use. Barely 300 examples of Lamborghini’s first SUV were built. This is a seemingly solid one.

Bottom Line: Spiritually the forerunner of Lamborghini’s current Urus SUV (if that’s even a good thing), the LM002 was influenced by a canceled Chrysler-powered military project and conceived as a desert-conquering supercar-powered box on wheels. The chassis is tubular steel and the body is made of a combination of fiberglass fenders, hood and roof with aluminum doors. The engine is straight from the Countach.

Though Lamborghini pitched the LM002 as a military vehicle and the nickname “Rambo Lambo” stuck early on, supposedly only Libya and Saudi Arabia bought any, because of course they did. It also failed to make a big impact in off-road racing. It was little more than a footnote in Lamborghini history, then, but it is an interesting one. Demand for vintage Lamborghinis in general is also high, and sporty high-end SUVs are more relevant now than they have ever been. That’s why values for this OG SUV have just about quadrupled over the past decade. This one brought a lot of money for a vehicle with gaps in its history, but its low mileage likely helped push it to this top-dollar result. 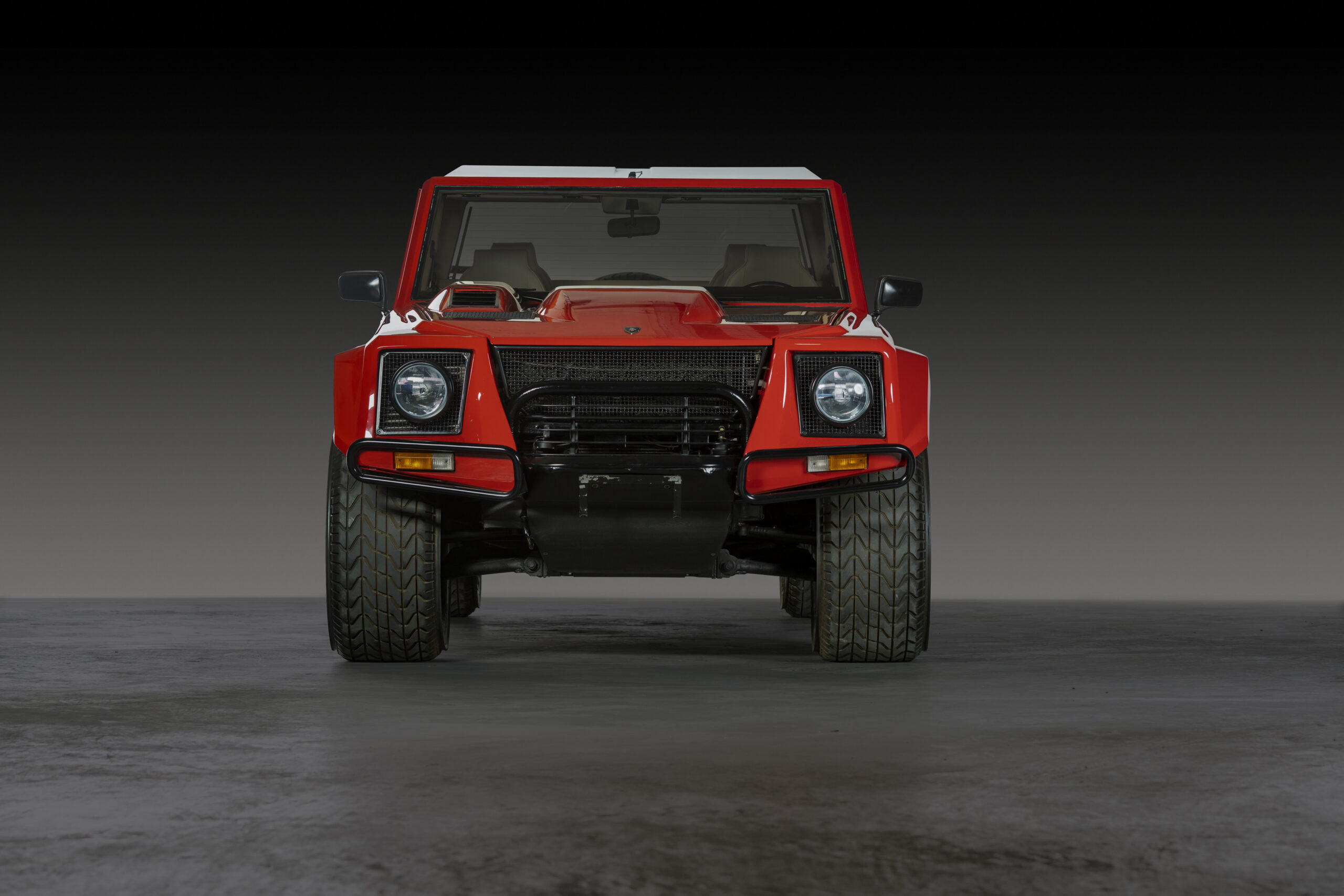 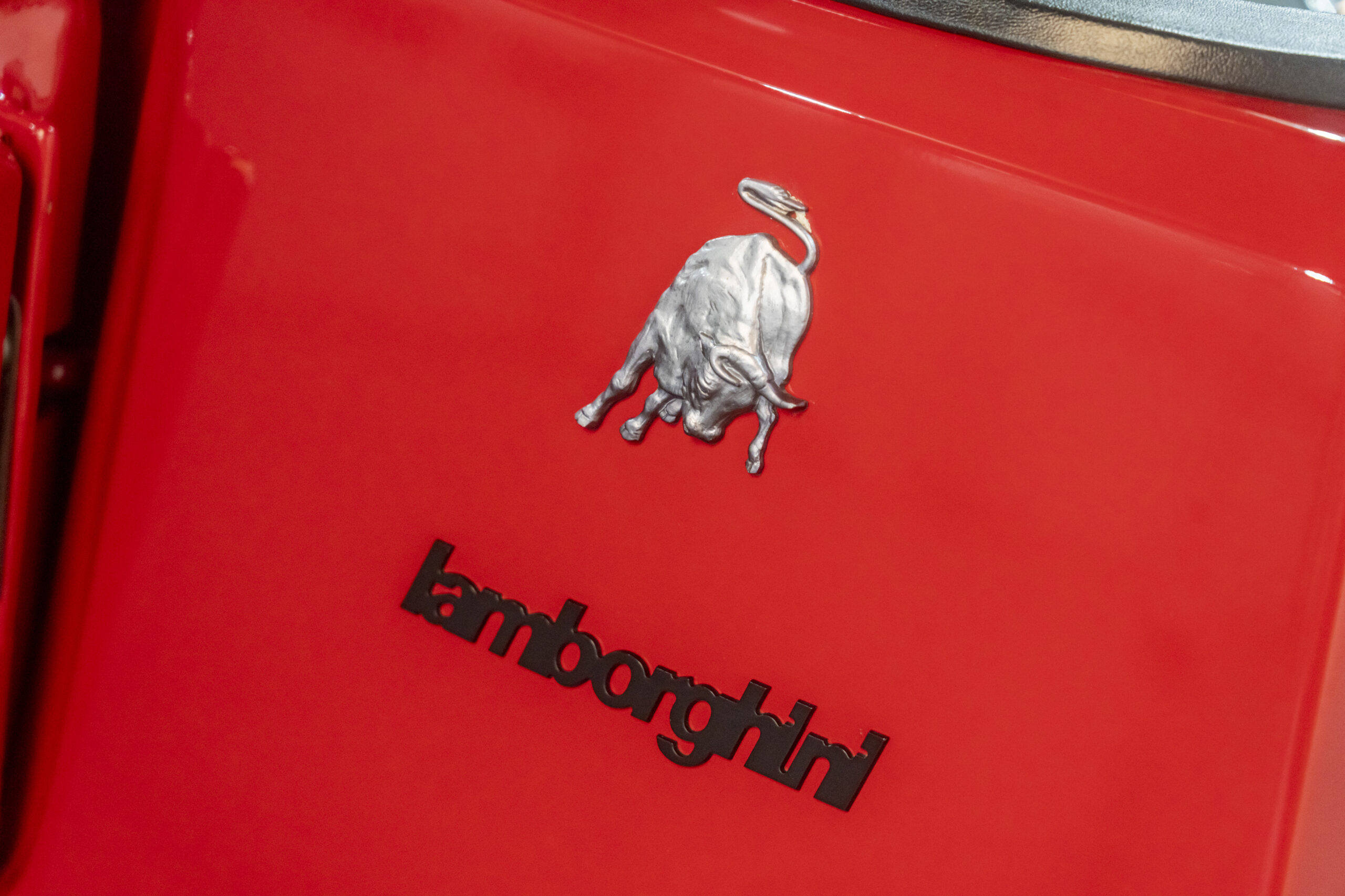 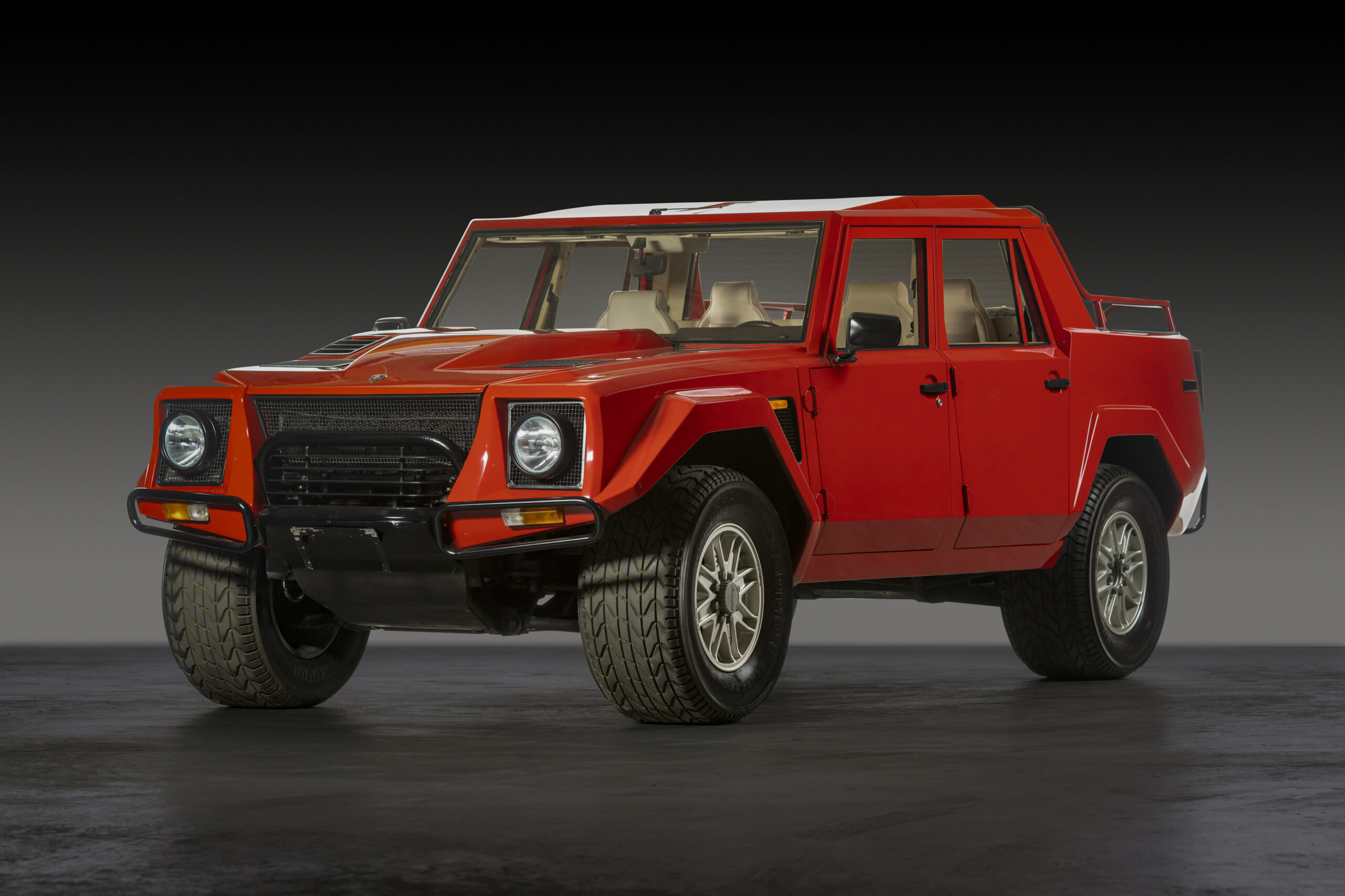 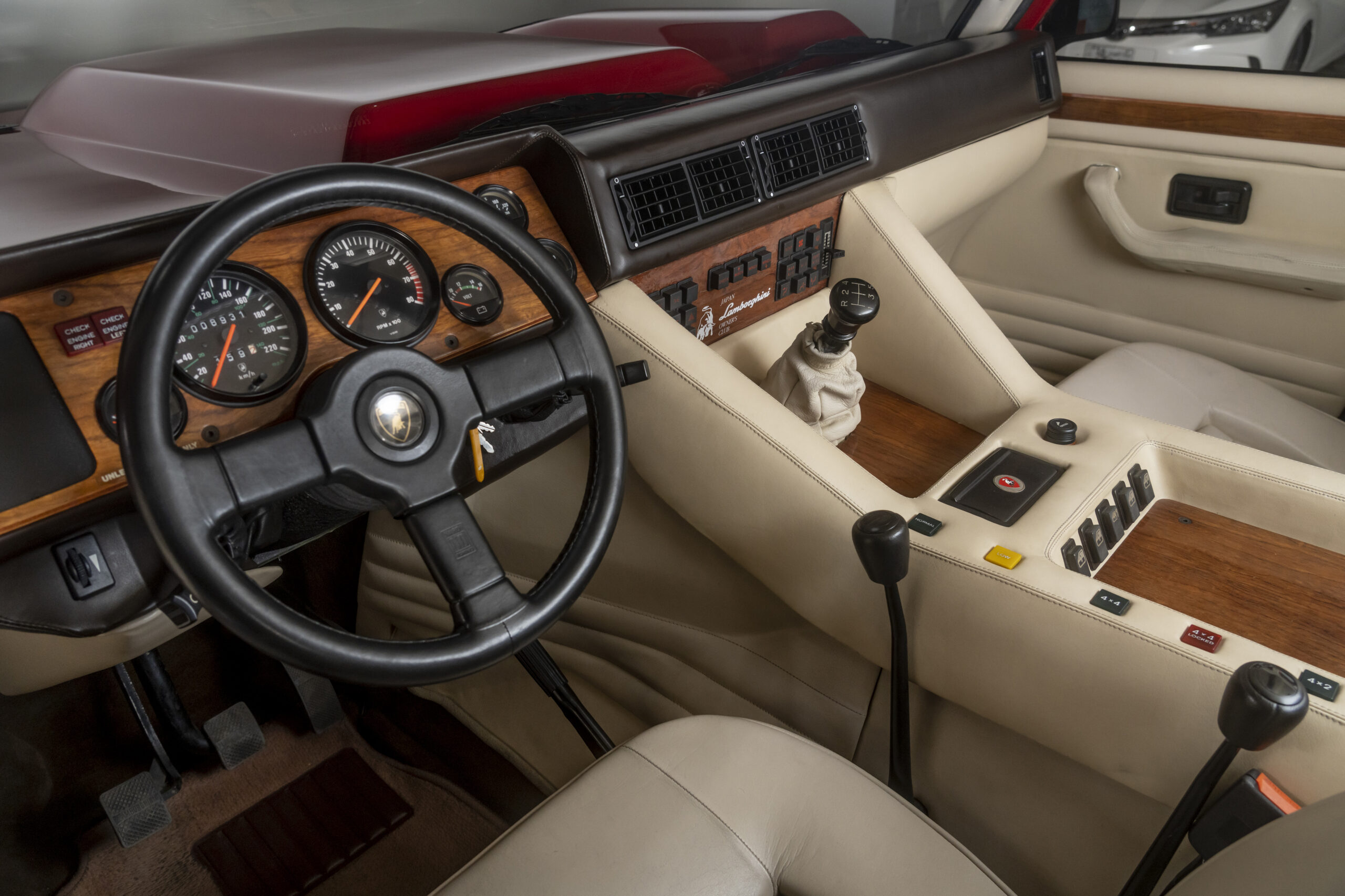 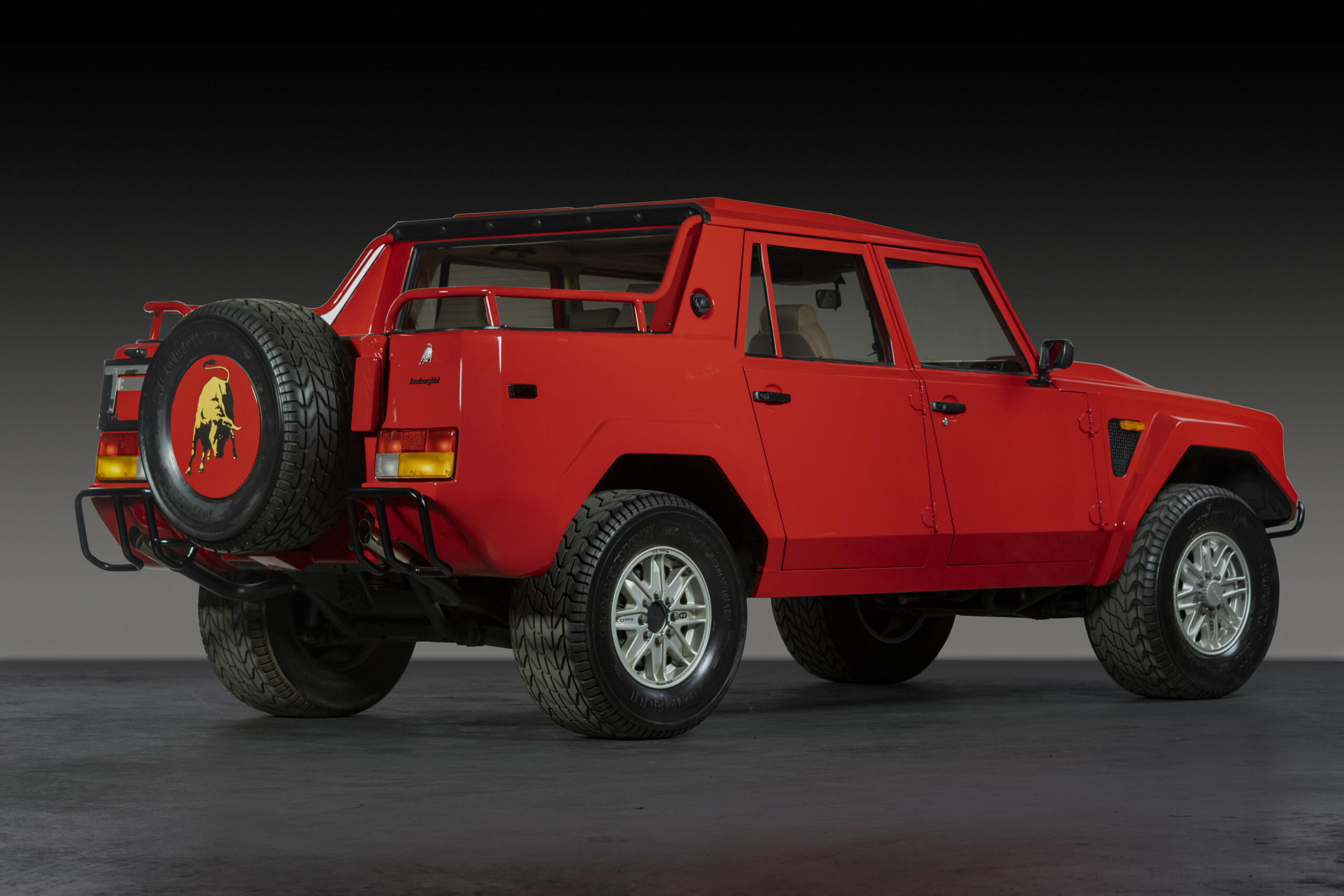