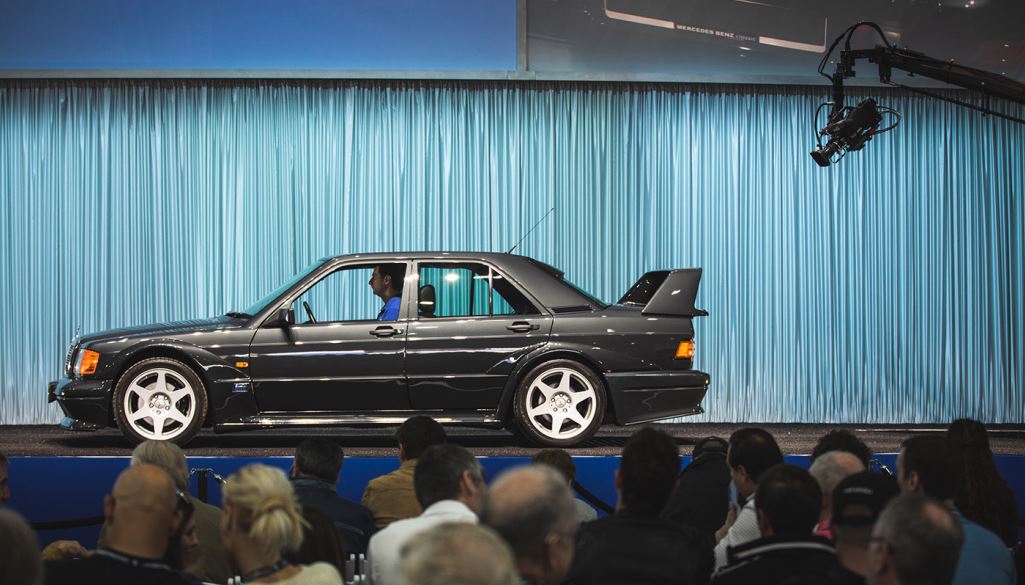 EVALUATION:  Original | One of 500 Evo IIs built for homologation in DTM
(German Touring Car) racing. Compared to the earlier Evo I, the Evo II had more power as well as a body kit for better aerodynamics. Showing 7618 kilometers, it looks as fresh and wicked as it did the day it rolled out of the factory.

BOTTOM LINE:  The Evo II is the fastest, most developed, and best-looking of the 190 Cosworths. Most important, it was the only one of the series to clinch the DTM Championship, winning it all in 1992. Among modern Mercedes, it’s also one of the most valuable. This car sold extremely well and for significantly more than its 380 grand high estimate, but it was deserved. Only a 1723-mile car sold at a Silverstone auction in 2016 for more at £321,750 (about $446,000 at the time). 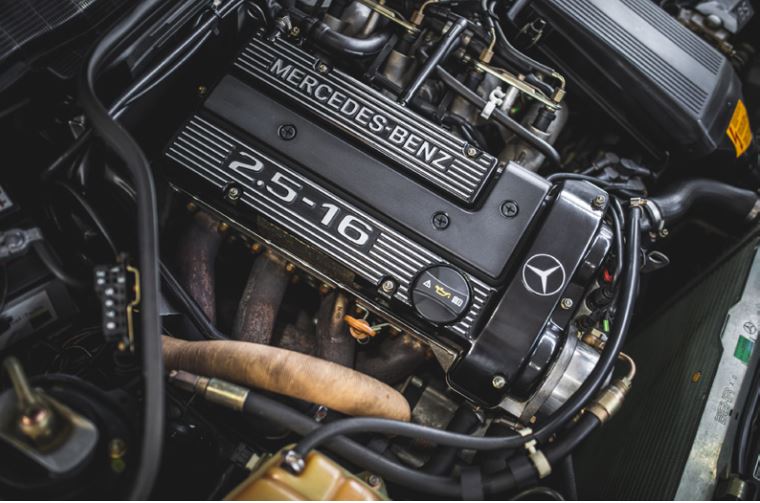