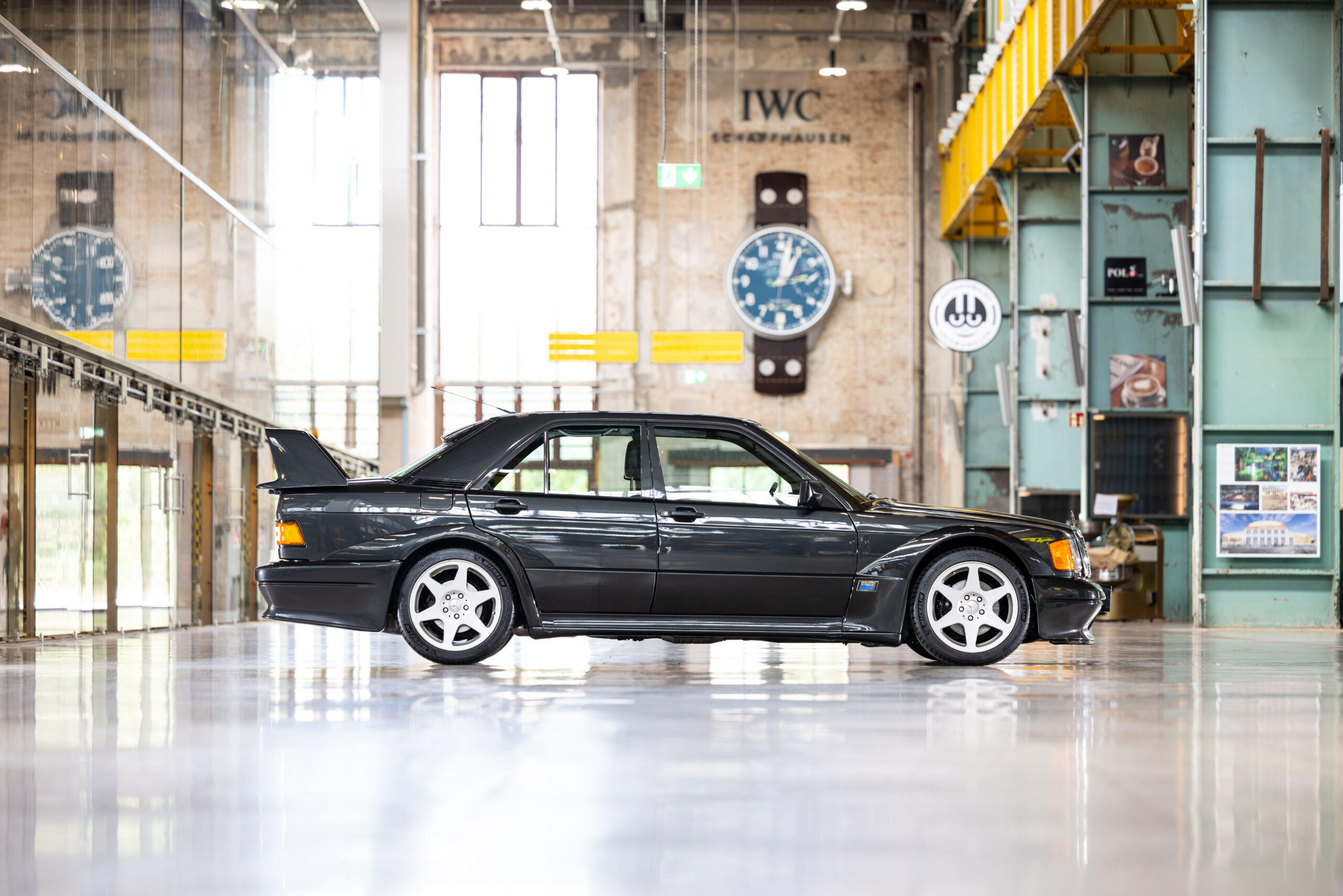 Evaluation: The 263rd of just 502 examples produced. Delivered new to Switzerland and with the seller since June 2010. Very smart black paint and panel fit. Only two tiny chips that have been touched in are visible. Mint wheels and a crisp, clean interior. A fine presentation for a 30 year old car.

Bottom Line: The Evo II version of the 190E took the DTM (Deutsche Tourenwagen Meisterschaft) title in 1992, and its fat fenders plus gargantuan rear wing make it an unusually in-your-face model compared to other sporty Benzes and early AMGs. It’s less of a hot commodity in Europe than it is in the States (it was never officially sold here) but is still nevertheless one of the most valuable modern Mercedes. This one isn’t a world record (a handful have sold for over $400K) but it’s still a strong result for a 37,223-km (23,129-mile) car and it leapt over the presale estimate. 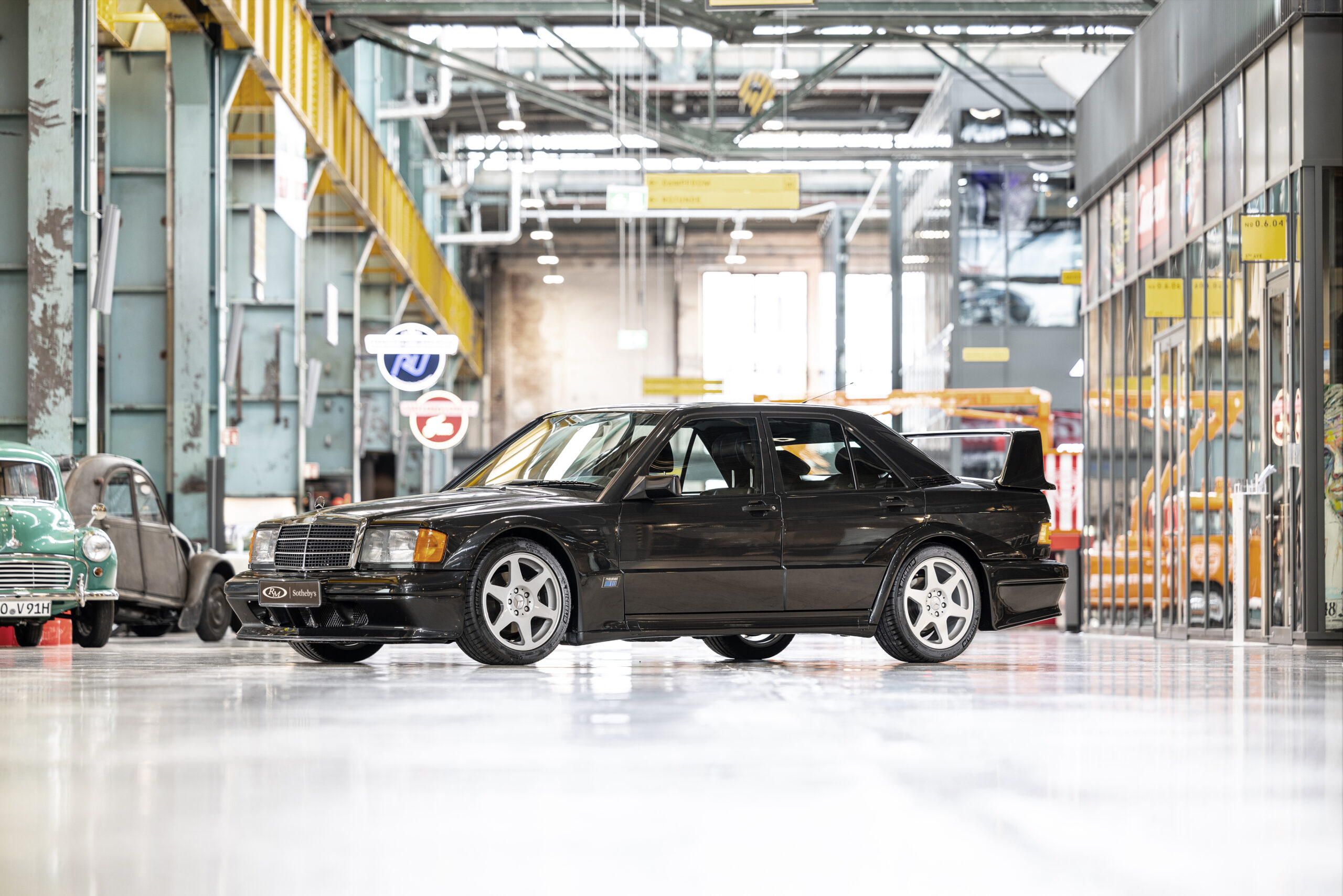 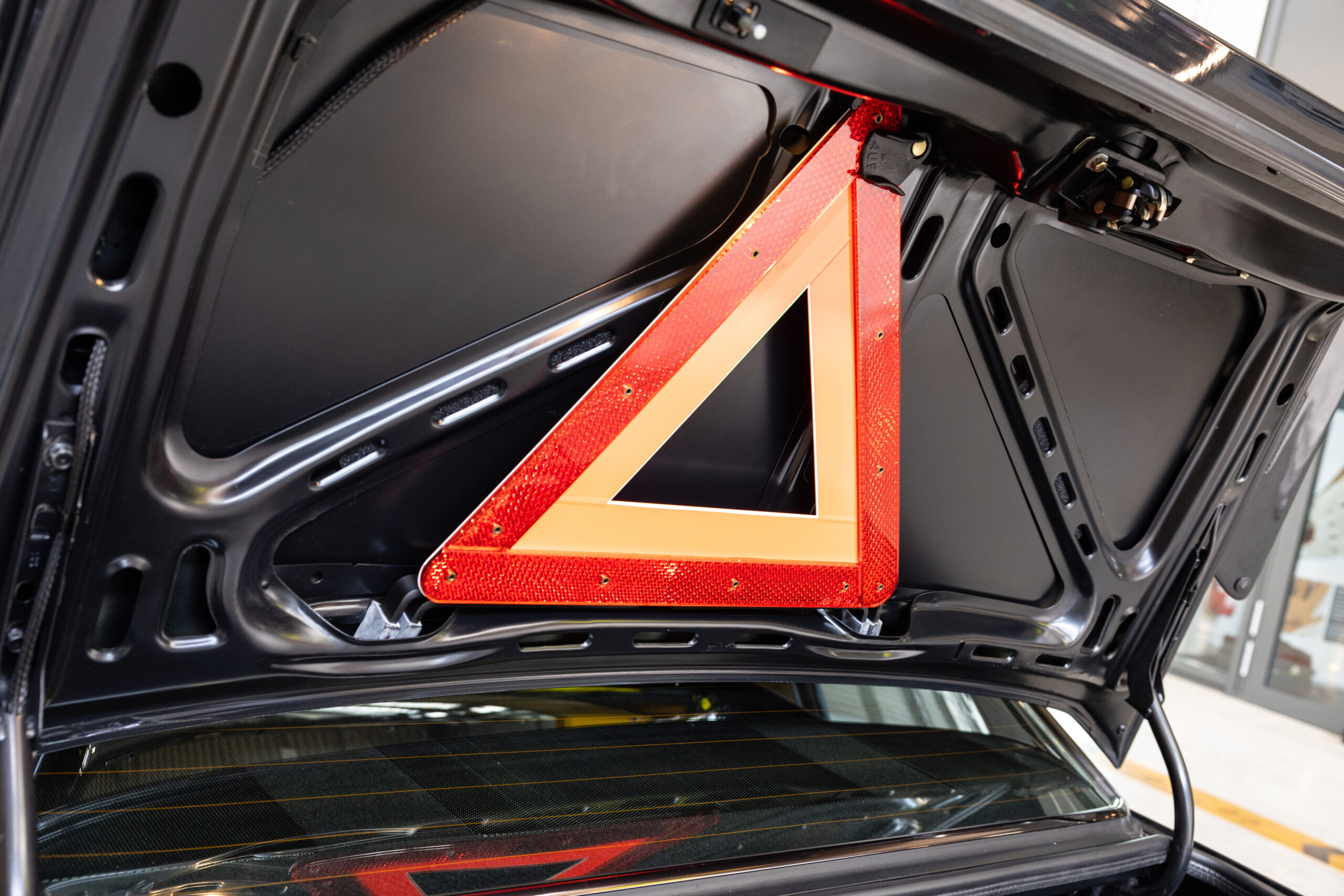 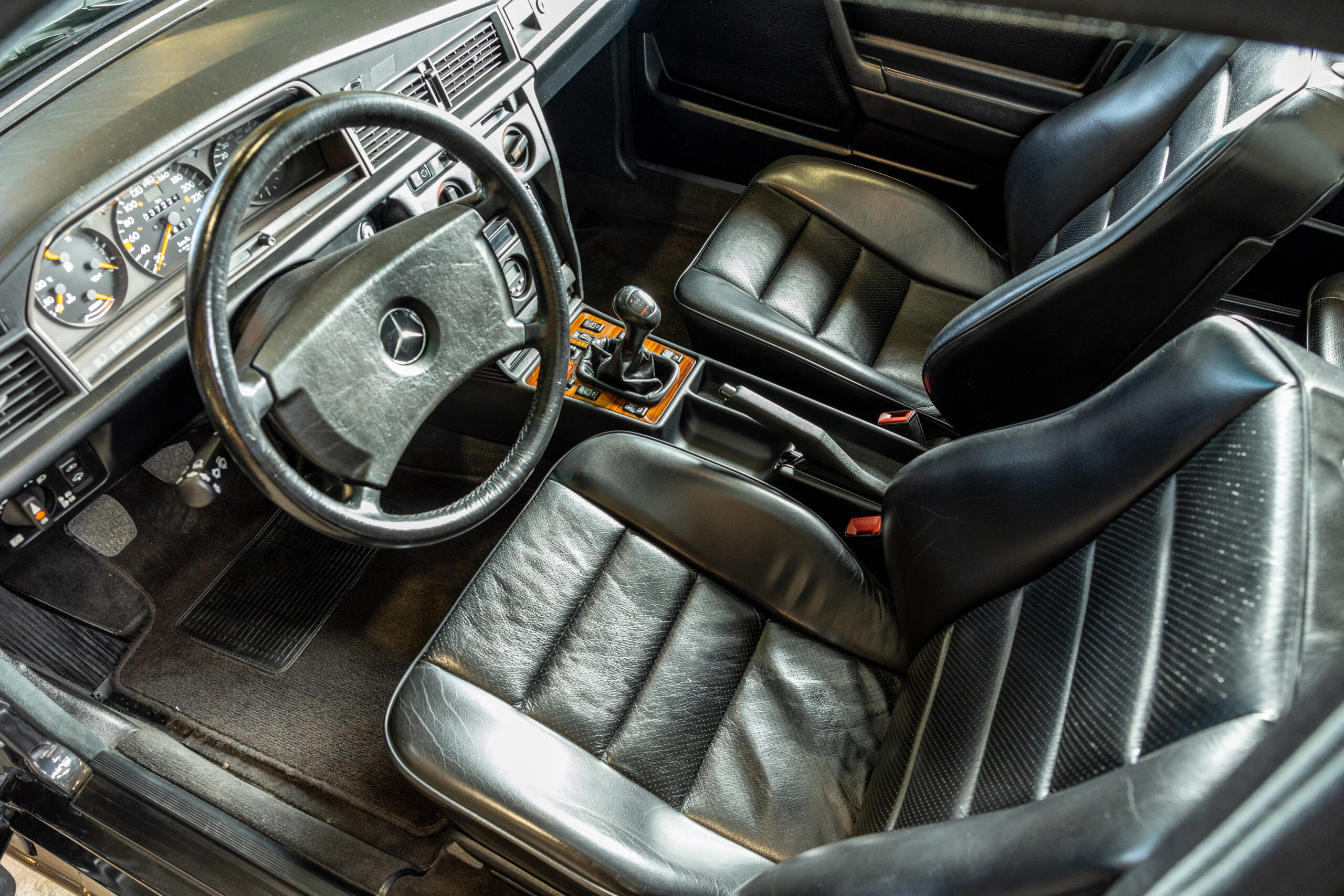 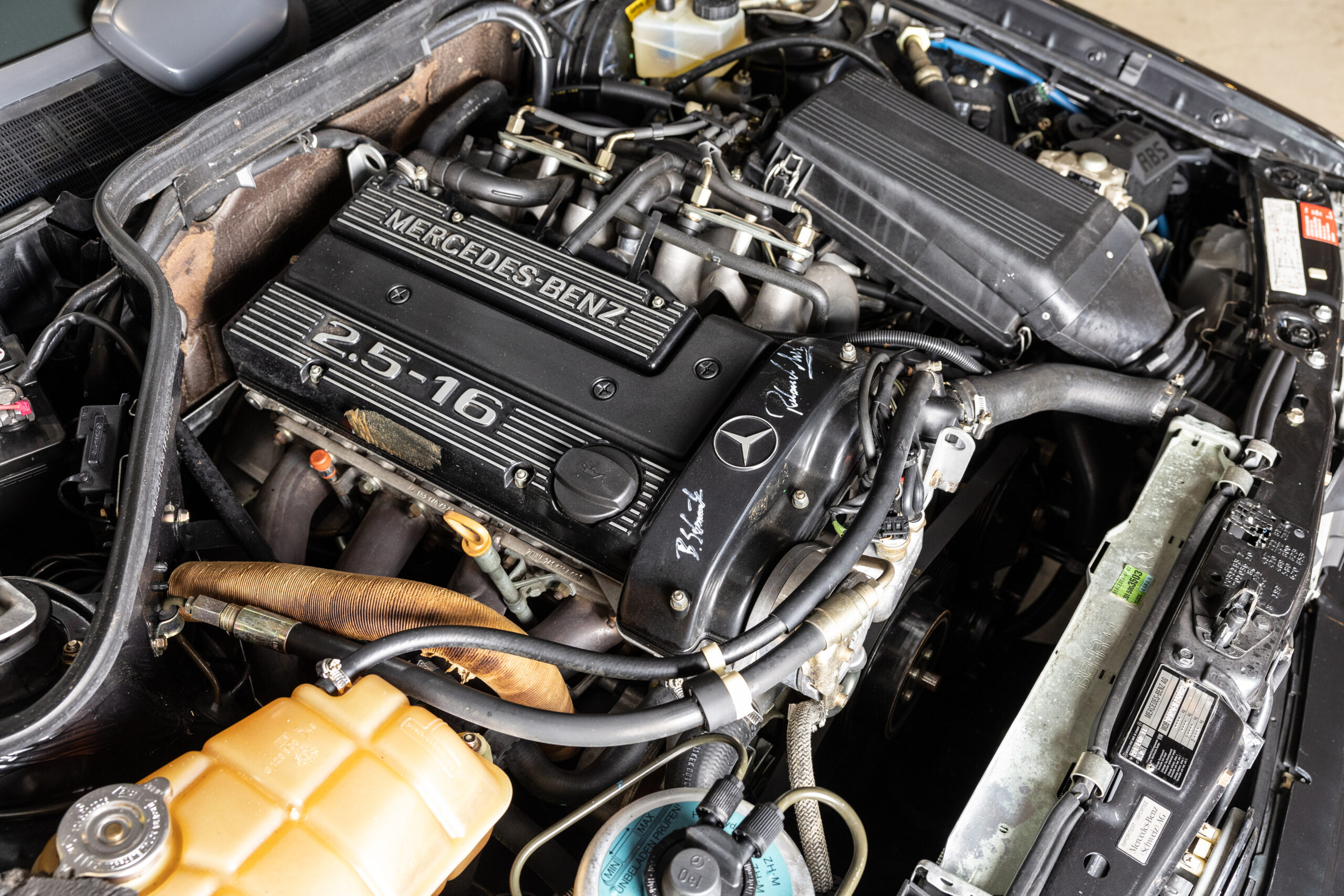 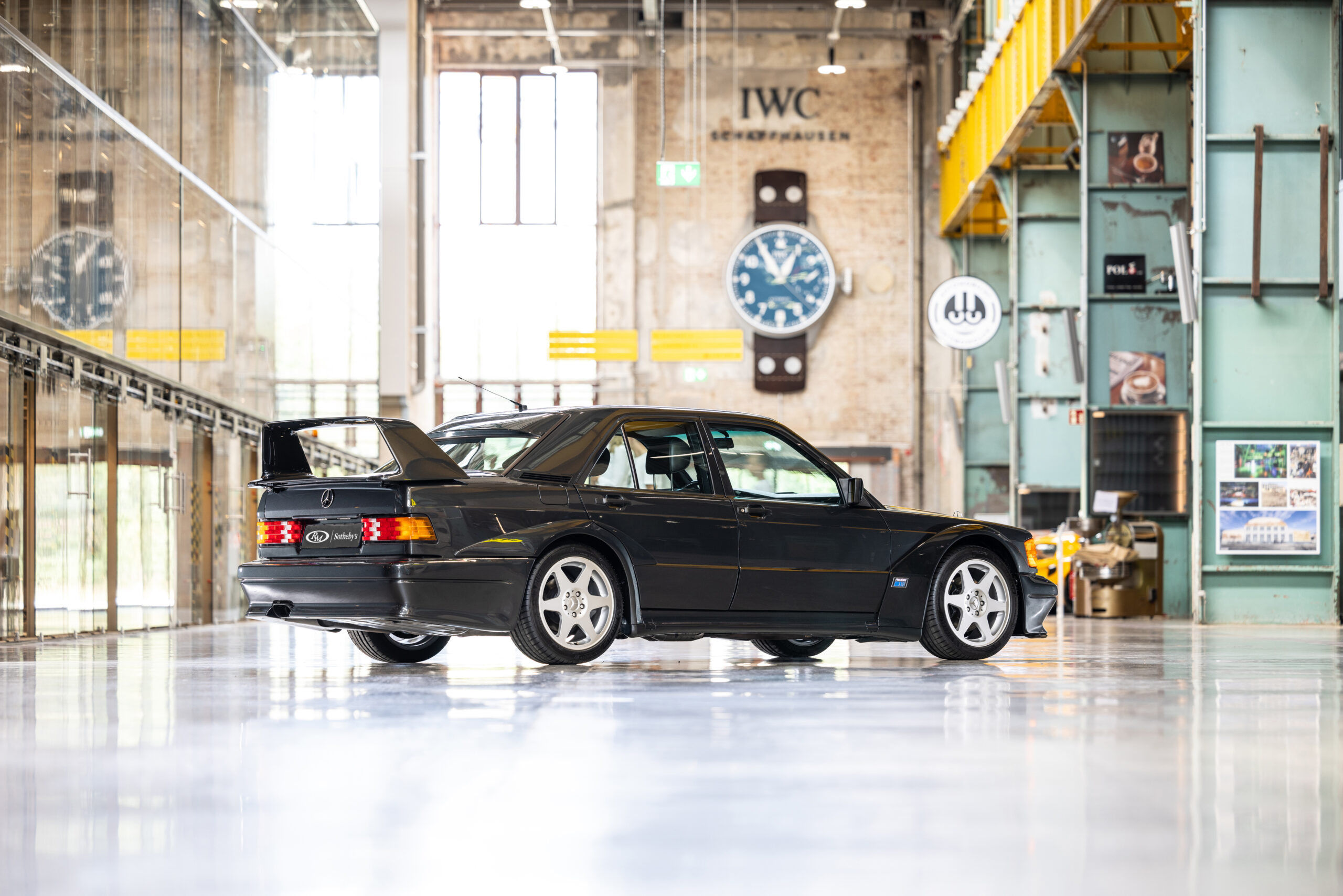