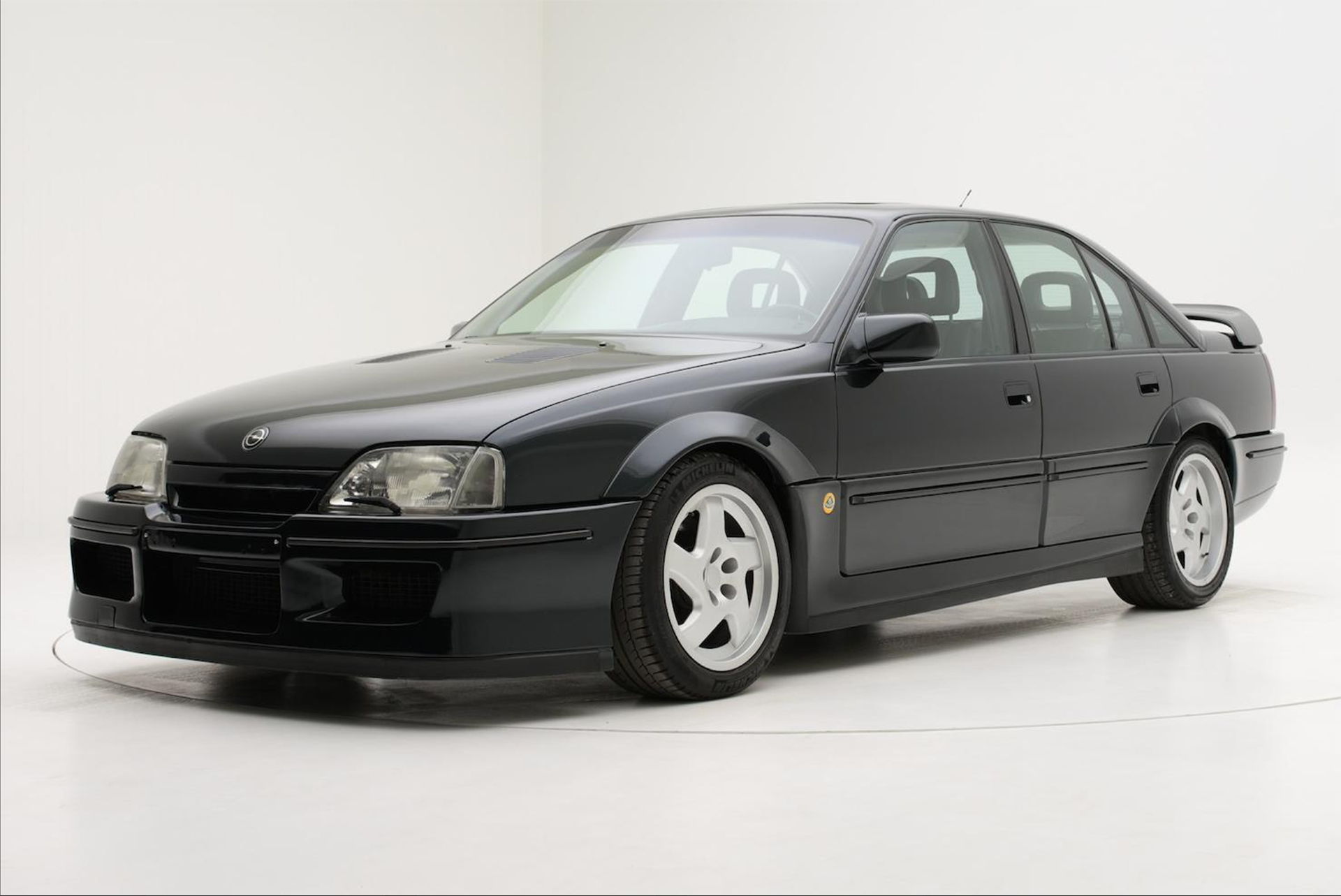 Evaluation: Represented as the second oldest Omega. Used as a promo car and displayed at the 1992 Paris Motor Show. Showing 103,000 km (64,001 mi). Repainted front bumper and rebuilt brakes, but otherwise only represented with “general maintenance.” Showing light general age under the hood and on the upholstery that matches the age and mileage, but no cause for concern.

Bottom Line: The Vauxhall Lotus Carlton (sold as the Opel Lotus Omega in Europe) is one of the all-time great sleepers. It looks like a slightly gussied up four-door commuter car, but has a twin-turbo straight-six with 377hp and 419 lb-ft, the 6-speed gearbox from the Corvette ZR-1, and thoroughly upgraded suspension and brakes.

At a time when German OEMs were limiting their sedans to 155 mph, the Carlton/Omega Lotus would do 176, making it the world’s fastest four-door for several years. Some people wanted it outlawed, a suggestion that was debated in Parliament. Just 950 were built (320 Carltons, 630 Omegas) but few led pampered lives—in the UK they were one of the most stolen cars of the early ’90s.

Over the past couple of years Carlton/Omegas have started to sell for more money, including one sold by Silverstone in 2018 for £78,750, another one sold by Silverstone in 2019 for £58,500, and one Coys last February for €63,000. This one fell short of its presale estimate, but the result is a reasonable balance between its early build date/factory promo appearances and its age/mileage. 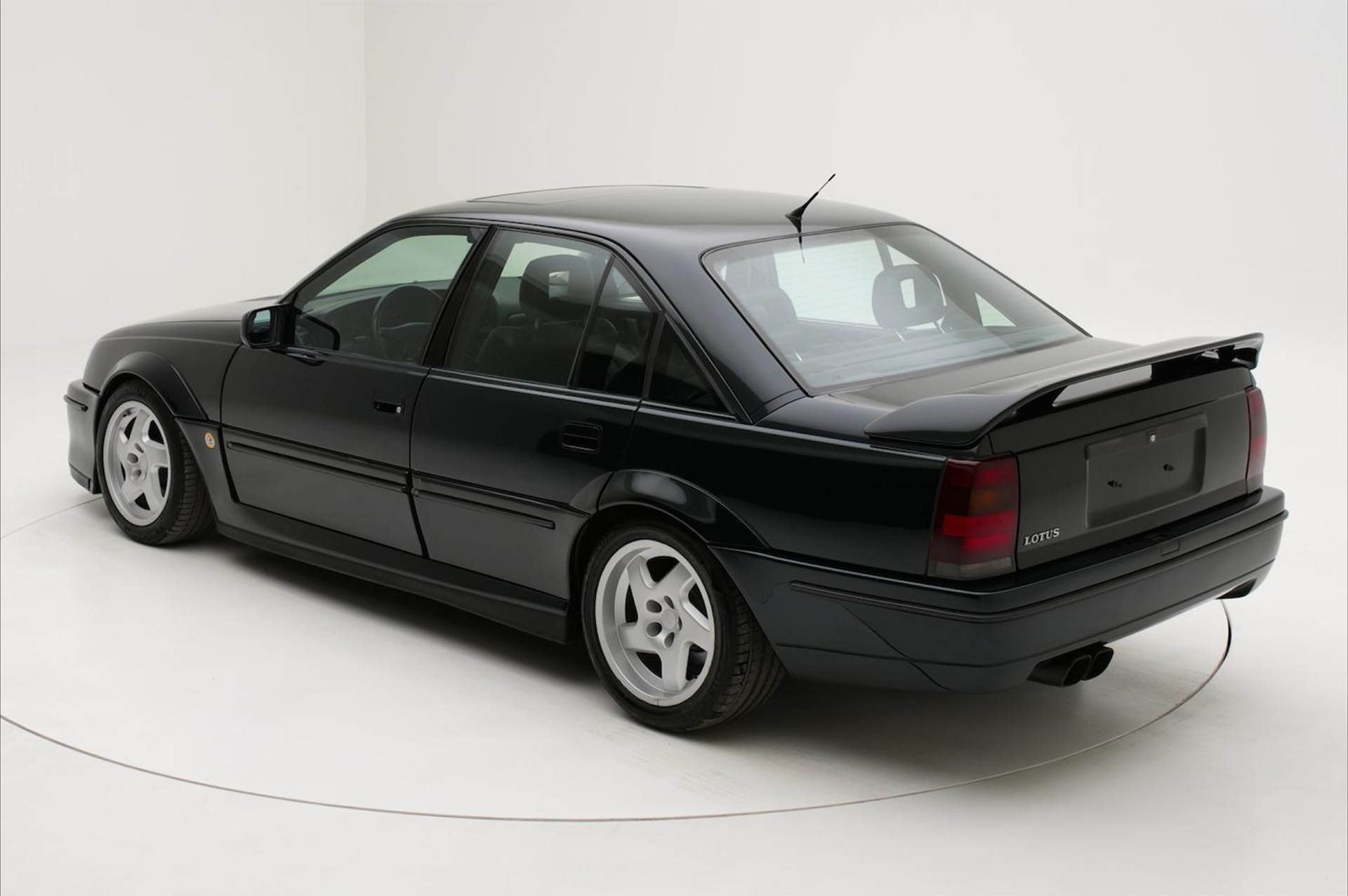 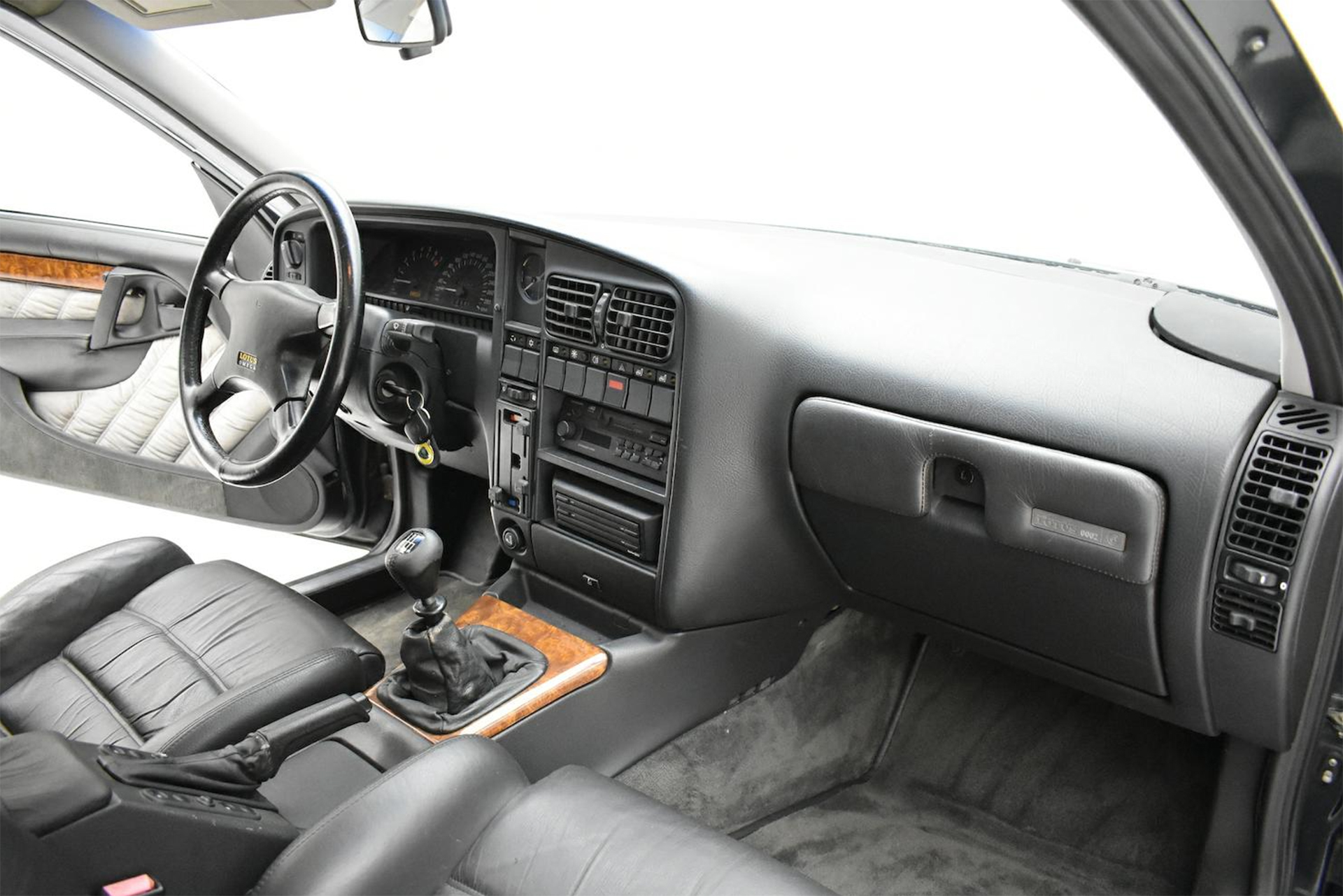